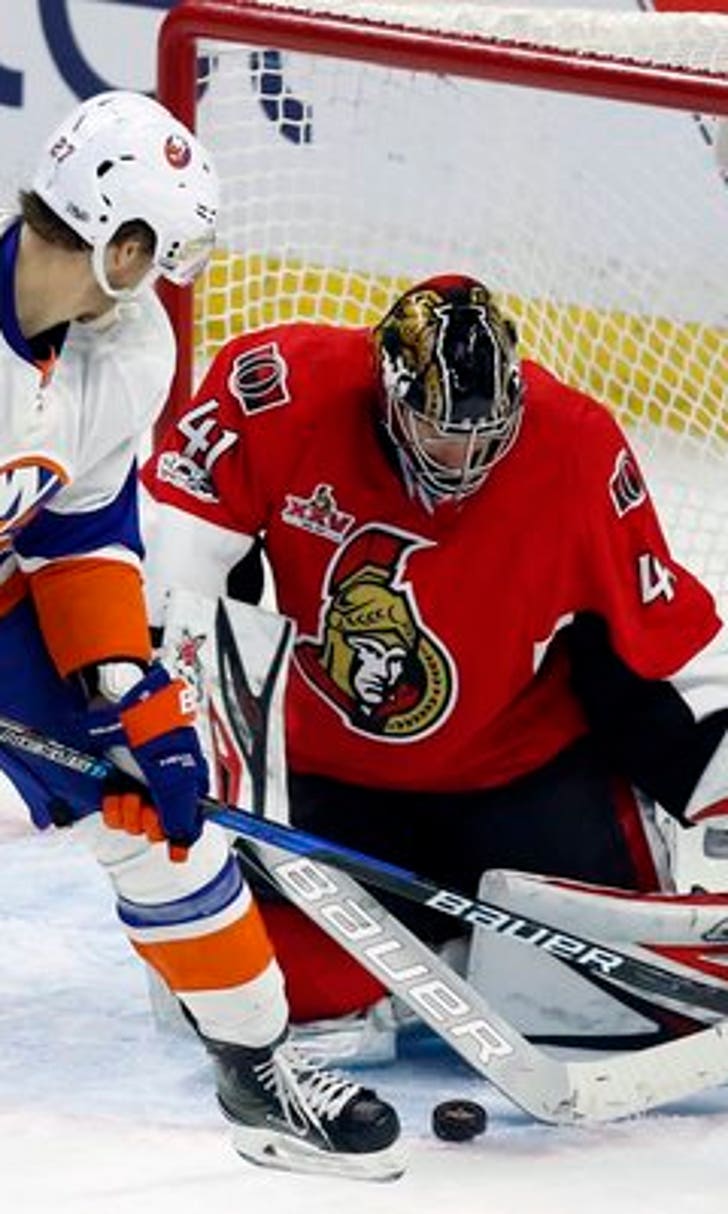 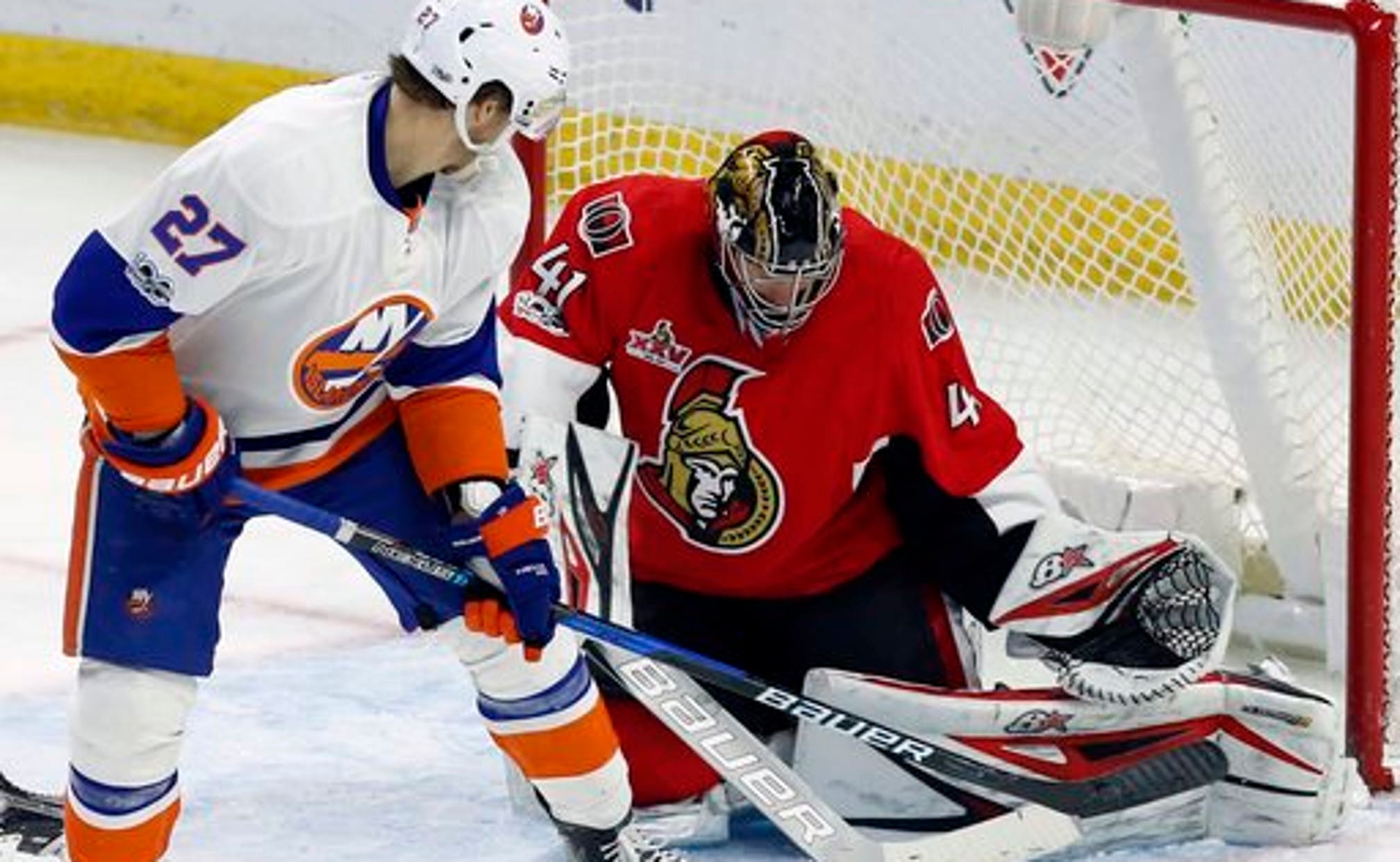 OTTAWA, Ontario (AP) Ottawa Senators goaltender Craig Anderson was just glad to be back around his teammates and to pick up a win. That it was a shutout was icing on the cake.

Anderson made his first start in 69 days and turned aside 33 shots as the Ottawa Senators beat the New York Islanders 3-0 on Saturday. Anderson left the club in early December to be with his wife, Nicholle, who is battling cancer, and returned to practice last week.

''It felt great. Got two points, got the win,'' he said. ''I think it was an exciting day for myself to get back in the net and just be there for the guys and feel that camaraderie.''

Mark Stone, Zack Smith and Jean-Gabriel Pageau scored for the Senators (29-18-6), who now have six goals in their past two games after being outscored 10-0 in the two previous games.

''You have games like that but give credit to their goaltender. We probably could have done a better job getting more pucks toward the net, but I think there's a lot of things that we liked about our game,'' Islanders forward Andrew Ladd said.

Stone opened the scoring at 4:10 of the first period.

After stealing the puck from Alan Quine in the Islanders' zone, Stone fed Erik Karlsson, who missed the net with his shot. Stone followed up behind the net, collected the puck and banked a shot from behind the goal line off Greiss and in.

Smith gave the Senators a 2-0 lead at 4:35 of the second period. Kyle Turris sent Smith in alone and he moved the puck from his backhand to his forehand to beat Greiss.

A little less than three minutes later, Pageau put the Senators up 3-0 when he redirected a pass from Tom Pyatt past Greiss at 7:12.

''It was a great pass from Pyatt,'' Paguea said. ''In the defensive zone we wanted to cut off their play and break out on the attack and that's what Pyatt did and then he put the puck right on my stick.''

''He's been there for us since the beginning and he's a competitor. He's there every shift and he gave us the big saves when we needed them and we tried to make life easier for him out there,'' Paguea said. ''When your goaltender comes back after a long break, you want to go and be solid in front of him. I think the guys did that.''

The Islanders had two power plays in the second period and outshot the Senators 14-5 in the middle frame, but they were unable to get anything past Anderson.

NOTES: Chris Neil, Curtis Lazar and Andrew Hammond were scratches for the Senators. Cal Clutterbuck, Stephen Gionta and Scott Mayfield were scratches for the Islanders. . Senators goaltender Andrew Hammond celebrated his 29th birthday on Saturday by being placed on waivers. ... The Islanders are 23-5-3 this season when they score at least three goals in a game. When they don't hit the three-goal mark, however, they are just 1-14-7.

The Senators are off until Tuesday when they host the Buffalo Sabres.

The Islanders host the Colorado Avalanche on Sunday.

Ottawa Senators
share story
those were the latest stories
Want to see more?
View All Stories
Fox Sports™ and © 2020 Fox Media LLC and Fox Sports Interactive Media, LLC. All rights reserved. Use of this website (including any and all parts and components) constitutes your acceptance of these Terms of Use and Updated Privacy Policy. Advertising Choices. Do Not Sell my Personal Info