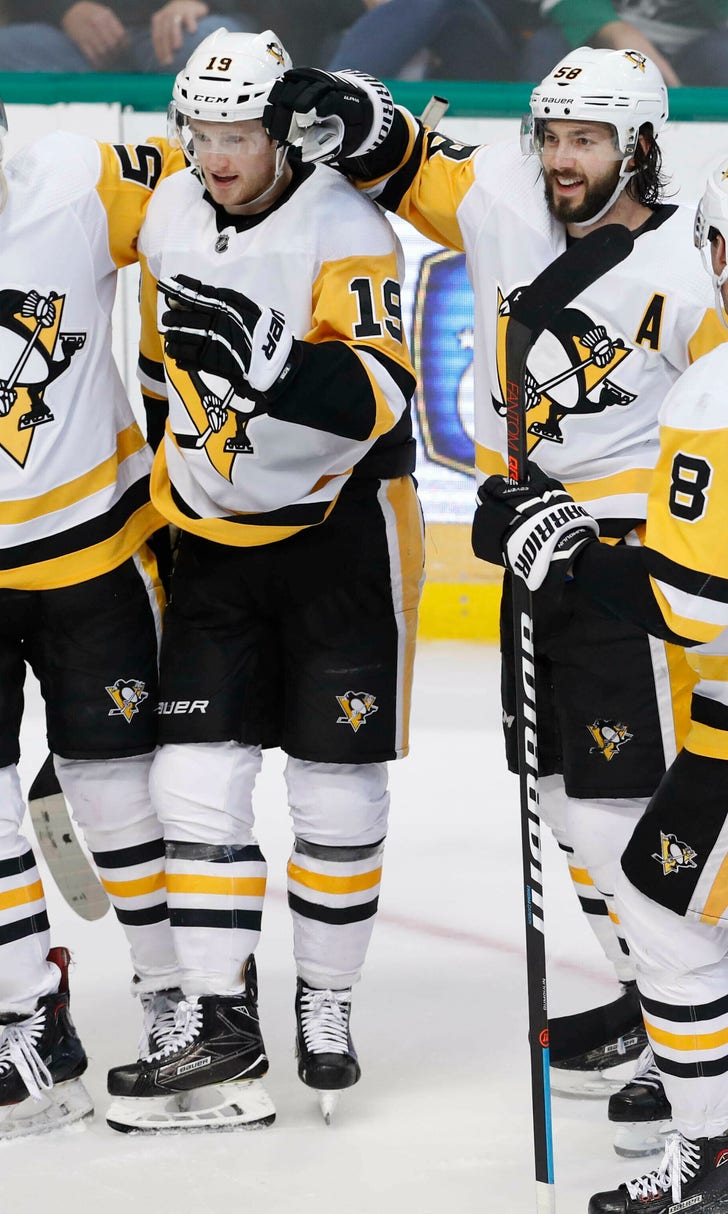 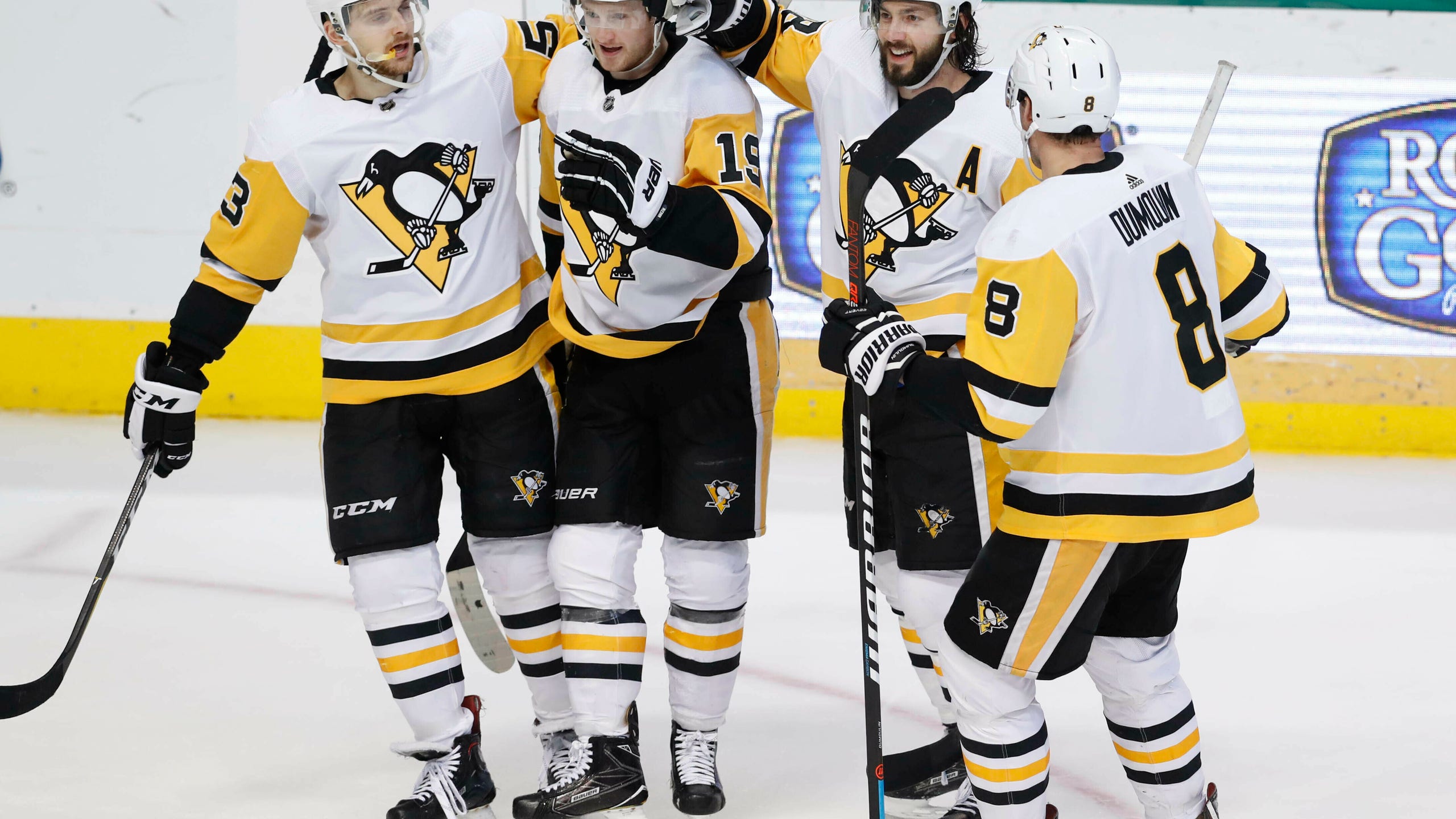 DALLAS (AP) — Jared McCann is pretty sure his pirouette wasn't as graceful as one might see from, say, Sidney Crosby.

The result was good enough for Pittsburgh.

McCann scored twice, including the go-ahead goal on a spinning short-handed play in the third period, and the Penguins beat the Dallas Stars 3-2 on Saturday night.

McCann has 11 goals in 26 games since coming over in a trade with Florida, and now leads the Penguins with three short-handed goals. He has four overall this season.

The Penguins stayed even with the New York Islanders for second place in the Metropolitan Division with 93 points, a point behind Washington. The Islanders currently hold the tiebreaker with a game in hand.

The Stars finished a five-game homestand with their fourth loss, three in regulation. Dallas holds the first wild card in the Western Conference by two points over Colorado with Minnesota a point behind the Avalanche.

Dallas was looking for its first lead after Jack Johnson was called for holding and the Penguins were just trying to clear the puck when Teddy Blueger poked it away from John Klingberg at center ice. McCann took the pass as he was spinning and flipped the puck over Anton Khudobin.

"I think I've seen Sid do that move a couple times," McCann said. "Obviously it's not as pretty when I do it."

No worries. The Pittsburgh star approved.

"You're thinking they could possibly get one on us," Crosby said. "To be able to just try to hold them off would have been great. Then to score one's a big boost. He was great all game but that was a pretty unbelievable goal."

Matt Murray, who made 29 saves, kept the Penguins in front by stopping a shot from Tyler Seguin and keeping the puck between his legs behind him as he was sprawled on the ice with Alexander Radulov trying to poke it into the net.

The Stars had a 6-on-4 advantage for the final 80 seconds after Bryan Rust was called for holding, but couldn't get one past Murray. Khudobin had 27 saves.

"We had plenty of opportunities to score on a power play and tie it up coming down the stretch. And your best players got to lead you there," Stars coach Jim Montgomery said. "Just like the credit when we beat Florida. They also got to be the guys that take ownership when things don't go well on the power play."

Jake Guentzel opened the scoring with his team-leading 38th goal for Pittsburgh in the first period. In the second, Phil Kessel stole a pass from Roman Polak behind the net and fed it to McCann for an easy tally. Kessel also assisted on Guentzel's goal.

The Stars scored two tying goals in the second. Seguin easily beat Murray on a cross-ice feed from Radulov barely a minute into the period. Andrew Cogliano pulled Dallas even at 2-2 with 80 seconds left by beating Murray in transition after taking a pass in stride from Klingberg.

"Letting up a short-handed today, probably shouldn't happen," Klingberg said. "But I feel like we still have a lot of confidence in this team and in this room. This time of year you've got to stay grounded emotionally, wins or losses."

NOTES: Stars D Jamie Oleksiak was a healthy scratch in his first game against Pittsburgh since the Penguins traded him back to Dallas in January. The Stars sent Oleksiak to the Penguins in December 2017. Both deals involved a fourth-round pick. ... Not long after scoring the game's first goal, Guentzel was stopped on a one-timer right in front of Khudobin. ... The Penguins had a goal waved off in the second period when Blueger was called for goalie interference after Erik Gudbranson's shot from outside the circle beat Khodobin.