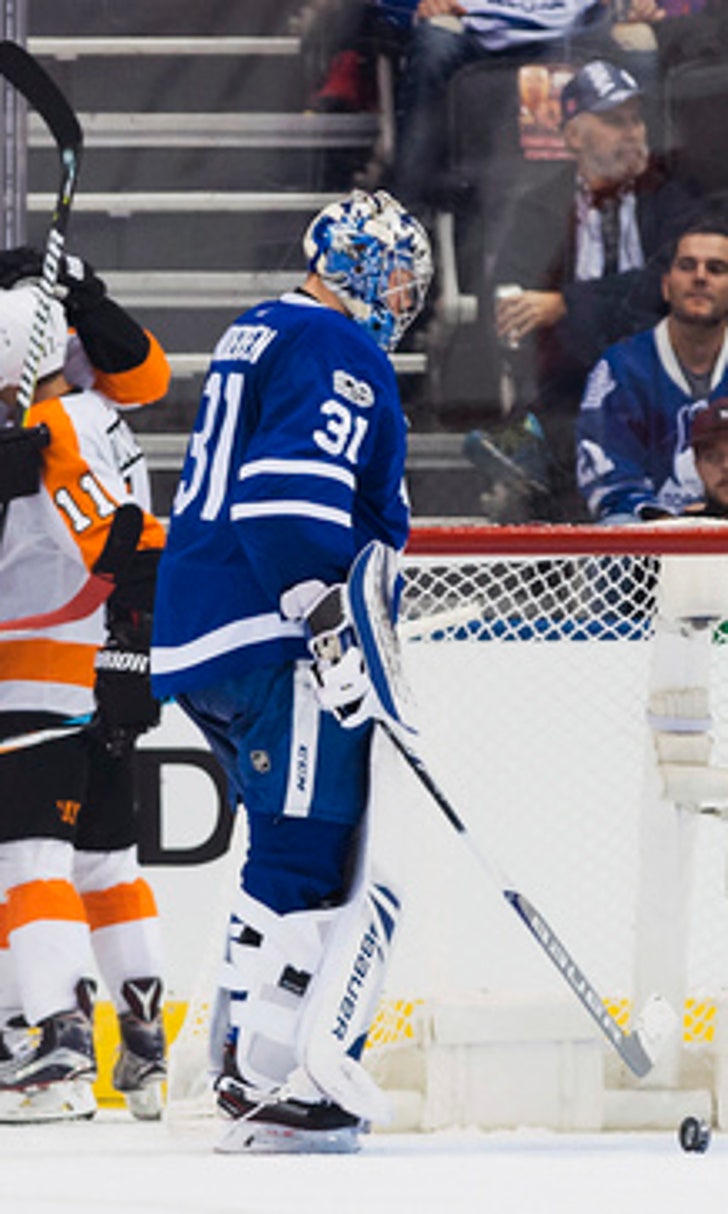 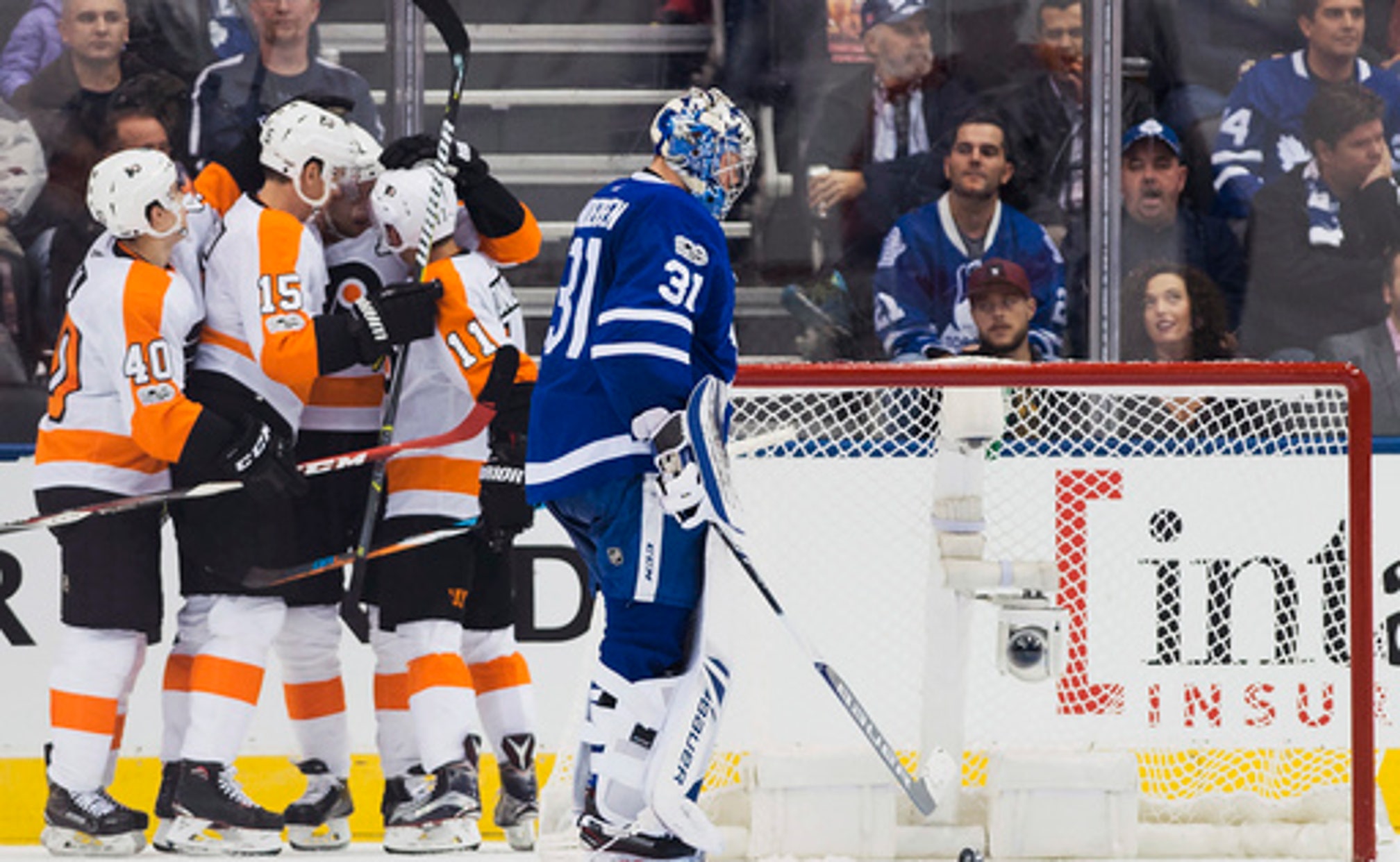 TORONTO (AP) Valtteri Filppula and Claude Giroux gave the Flyers an edge in the second period, and Brian Elliott held it.

Filppula made it 3-1 with his fifth goal in the second period, and Giroux made it 4-2 with his sixth goal four minutes later. Brandon Manning and Jakub Voracek also scored for the Flyers.

Philadelphia ended a two-game skid, while Toronto lost a second straight game for the first time this season.

Nazem Kadri scored twice for the 14th multigoal game of his career. Frederik Andersen, who entered 6-0-0 with a .923 save percentage in six career games against the Flyers, made 26 saves.

Filppula and Giroux both beat Andersen in similar fashion - high glove-side - to give the Flyers a two-goal lead through two periods. Filppula scored on a power play at 11:03 of the second, and Giroux scored at 15:20.

Toronto had an excellent opportunity to tie the game 2-2 with a 26-second 5-on-3 power play early in the second, but failed to register a shot on goal on the two-man advantage.

Flyers coach Dave Hakstol called it the turning point in the game.

''That's a big part of the hockey game,'' Hakstol said. ''We win the faceoff, we get the clear, they never did really get set up.''

Kadri briefly pulled the Maple Leafs within one, putting the rebound off of Ron Hainsey's point shot past Elliott to cut it to 3-2 at 13:02 of the middle period.

Trailing 1-0, Manning put Philadelphia on the board at 12:06 of the first, picking up Scott Laughton's feed and beating Andersen short side for his first of the season.

Voracek gave the Flyers their first lead of the night by outracing Morgan Rielly to the outside, cutting to the middle and beating Andersen between the legs for his second of the season with 1:22 remaining in the first.

Kadri opened the scoring at 9:07 of the first, one-timing a feed from Auston Matthews past Elliott for his fifth of the season. Josh Leivo, who was making his regular-season debut, picked up the second assist on the goal.

''Things were easy for us early, now teams have done real nice job in the neutral zone and made it harder of us,'' Maple Leafs coach Mike Babcock said. ''We had 10 neutral zone turnovers in the first period. Any way you look at it, that's the National Hockey League: clog up the neutral zone, make it competitive.''

Shayne Gostisbehere did not play in the third period due to an upper-body injury. The Flyers defenseman took a big hit from Leo Komarov prior to assisting on Filppula's second-period goal.