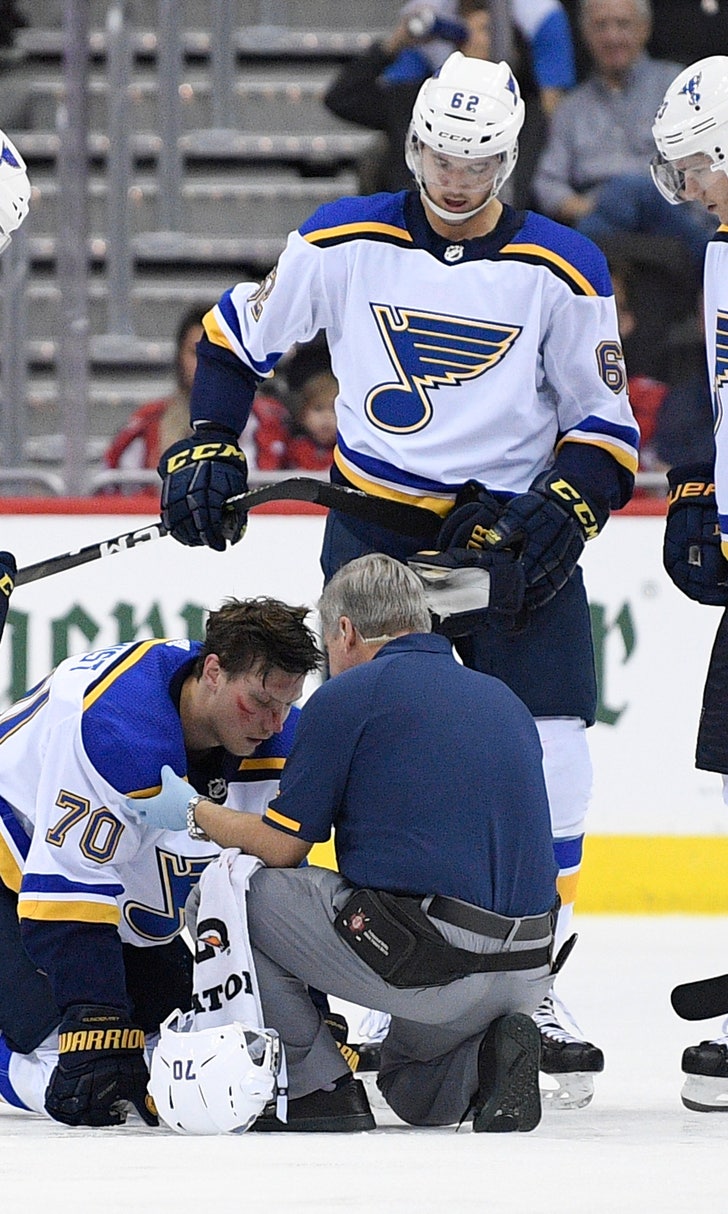 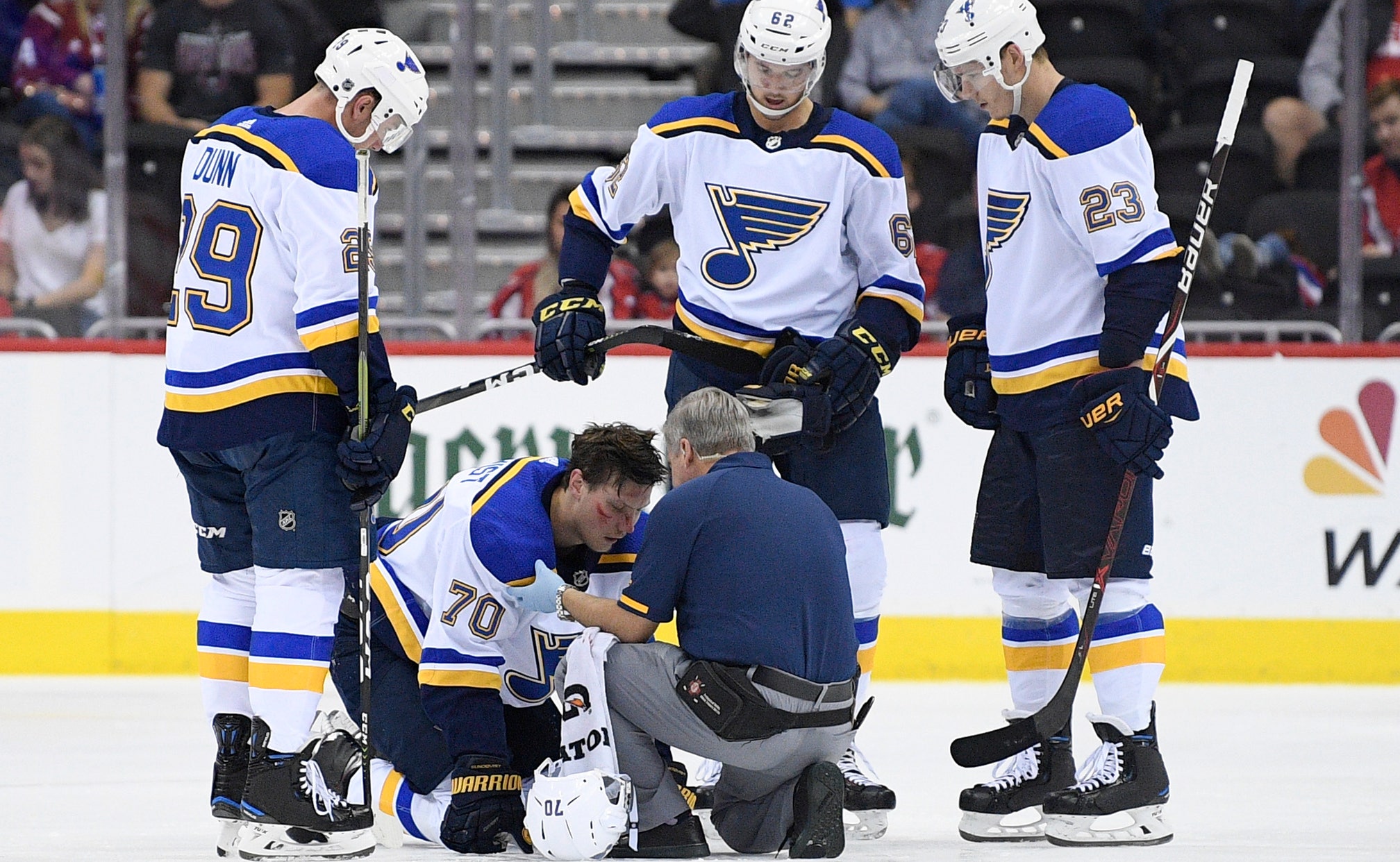 WASHINGTON (AP) — Washington Capitals forward Tom Wilson was banned 20 games by the NHL on Wednesday for a blindside hit to the head of an opponent during a preseason game, the latest and most severe punishment in what the league called an "unprecedented" series of suspensions for the physical player.

The right winger's fourth ban in less than 13 months will cost him nearly a quarter of the 82-game regular season — only five NHL players have been suspended longer for on-ice play — and $1.26 million in salary.

"I was pretty surprised. I think it's unfortunate for Tom that the league is making an example out of him," Washington forward T.J. Oshie said. "They set the standards; they want to get the dirty stuff out of the game."

It was announced just hours before the reigning Stanley Cup champion Capitals opened their title defense by beating the visiting Boston Bruins 7-0. Wilson did not play, but he was introduced along with his teammates during the pregame banner-raising ceremony and skated onto the ice in uniform.

Wilson, a member of Washington's top line with captain Alex Ovechkin, was ejected for the hit on St. Louis Blues center Oskar Sundqvist in the second period of the teams' exhibition game on Sunday.

Wilson had an in-person hearing with the NHL's Department of Player Safety in New York on Wednesday.

"Everybody probably knows how we feel about it in our room. It's a tough thing, since we don't agree with it, but it was tough for Tom," Capitals goalie Braden Holtby said. "I think the biggest thing is we've got to support him through this. It's unfair and tough for a good player like that. He's obviously a huge part of our team."

The video released to explain the punishment says: "Wilson delivers a high, forceful hit, which makes Sundqvist's head the main point of contact on a hit where such head contact was avoidable and causes an injury." It also admonishes him for taking "a poor angle of approach."

Wilson's suspension, which Capitals coach Todd Reirden said he expects to be appealed, is the longest handed down by the league since Raffi Torres of the San Jose Sharks was banned a record 41 games in 2015, also for a preseason hit.

The league noted that Wilson "is considered a repeat offender" — and, indeed, this is hardly the first time the sixth-year player has been in trouble for the way he has taken out an opponent.

He was suspended twice because of preseason hits a year ago, then had to sit out three games during the playoffs for a check to the head that broke Pittsburgh Penguins center Zach Aston-Reese's jaw and caused a concussion.

"In short, including preseason and postseason games played, this is Wilson's fourth suspension in his last 105 games, an unprecedented frequency of suspensions in the history of the Department of Player Safety," the NHL video says.

The Capitals see Wilson as a vital part of the franchise, and general manager Brian MacLellan signed him to a $31 million, six-year contract this offseason.

During a conference call with reporters in July to discuss his new deal, Wilson spoke about how he needed to adjust his playing style.

"That physical part of my game is always going to be there. That's the nature of who I am. That's how I play the game. I'm not going to let anyone take that away from me," he added. "But I have to be smart about it. You've got to play within the rules."

Wilson doubled his career high with 14 goals and set a new mark with 35 points last season, when he was the only NHL forward with 30-plus points and 90-plus penalty minutes, finishing with 187 and a league-high 41 minors. Then he contributed 15 points in 21 games during Washington's run to its first championship.

"There are certain ways they are calling things. You need to be aware of how they're making their calls on suspensions. He's a big, strong guy who skates really well. There is a lot of force behind his contact," MacLellan said Tuesday, the day before the suspension was issued. "He needs to be aware of how they're determining what's legal and what's illegal from the league's standpoint."