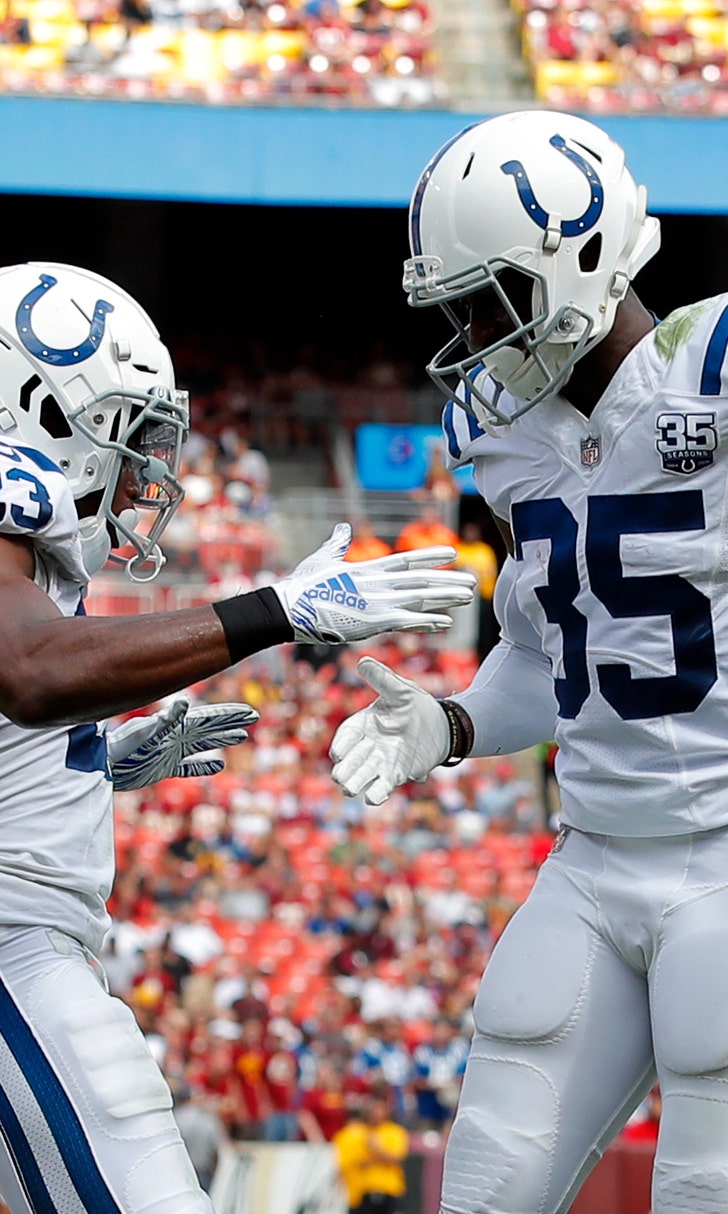 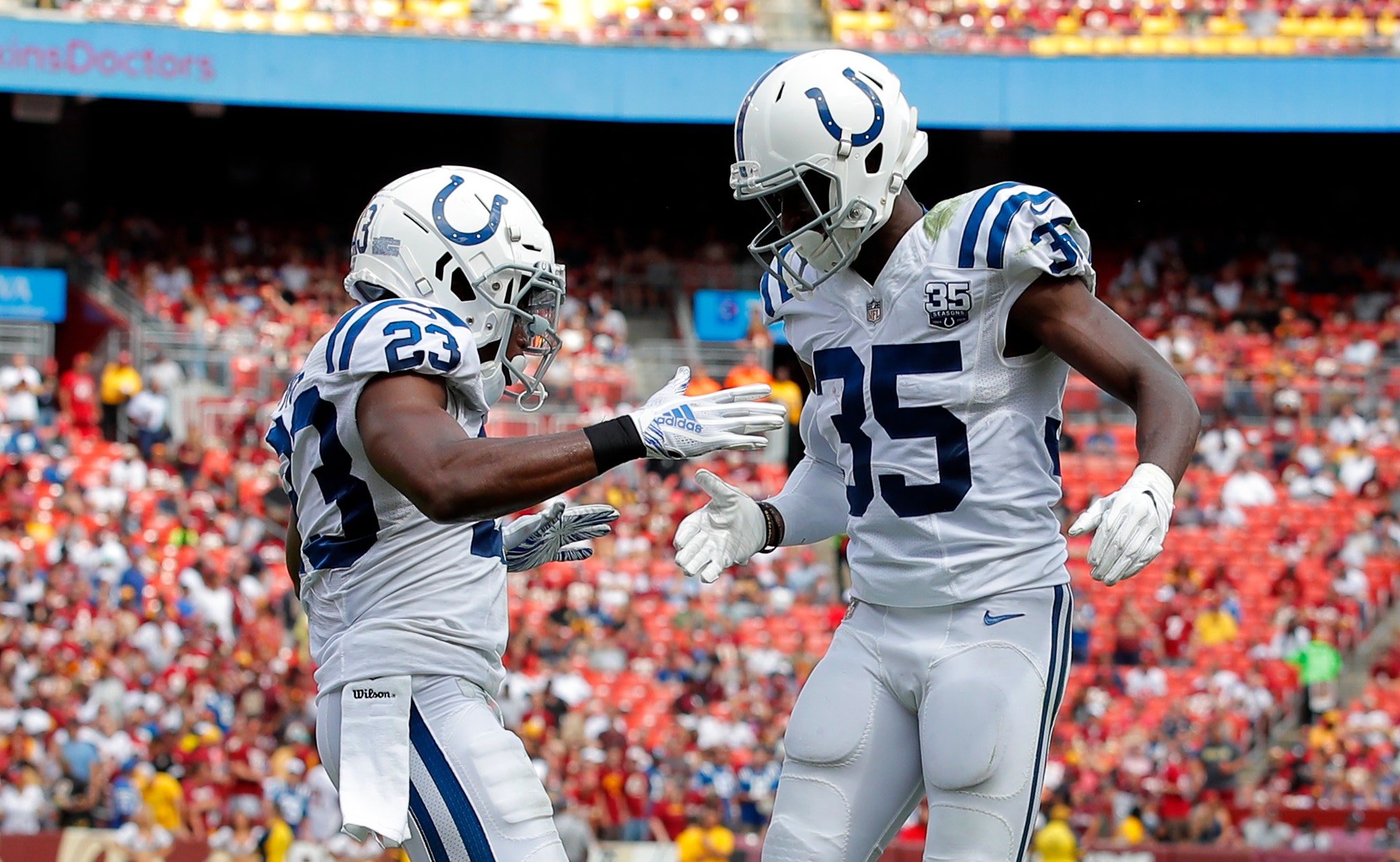 Fresh off holding the Washington Redskins without a touchdown in a 21-9 victory Sunday, the Colts (1-1) turn their attention to the Eagles (1-1), who are coming off an upset loss at Tampa Bay but could be getting Wentz back. If Wentz is cleared to return nine months after surgery to repair torn ligaments in his left knee, he'll present another big challenge for Indy's young group.

"Just being technique and fundamentally sound," safety Malik Hooker said. "He's a great quarterback, obviously. Everybody knows that. But at the end of the day, football's an 11-player game and not one, so we can't just let one person beat us. We're going to get out there and do the same thing and improve on the mistakes that we had this week."

There weren't many mistakes. After the Redskins led the NFL in rushing yards in Week 1, the Colts held them to 65 and made them one-dimensional.

Led by rookie linebacker Darius Leonard, who had a game-high 18 tackles, a sack and a forced fumble, the Colts defense also limited Washington (1-1) to six points off quarterback Andrew Luck's two interceptions and were at their best when the offense sputtered.

"They're only going to get better," Luck said. "They're young, they're fast, they're athletic, they're tough. Fun unit to watch."

Some things we learned in the Colts' victory at the Redskins:

After chief marketing officer Steve Ziff said the Redskins made a conscious effort to sell fewer tickets to brokers and team officials acknowledged there was no longer a season-ticket-holder waiting list, their sellout streak dating to 1967 came to an end with a paid attendance of 57,013. Left tackle Trent Williams wondered if Hurricane Florence had a role in that, even though the game was played in sunny conditions.

"Maybe that played a part," Williams said. "Who knows?"

With Aaron Rodgers and the Green Bay Packers (1-0-1) coming to town, the attendance will likely go up, but so will the percentage of fans rooting for the visitors.

In his second NFL game, Leonard looked like a veteran. The second-round pick out of South Carolina State wasn't bothered when his headset malfunctioned and he lost connection to the sideline at times during the Redskins game.

"A lot of responsibility," coach Frank Reich said. "He didn't lose his poise. 'OK I don't have the call, give me the call,' just like he's been doing it for a long time."

Adrian Peterson gashed Arizona for 96 rushing yards and had two catches for 70 yards in Washington's opener. Then the Colts bottled him up to the tune of 20 yards on 11 carries, which Peterson chalked up to falling behind and needing to pass too often.

"We have a lot to learn," Peterson said. "Once they got up by more than 10 ... we had to pick up the pace and try to put some points on the board. With that, it kind of takes away the running game. I've been around for 12 years. That's what you want to avoid, with the type of run game we have."

Two games into his return after missing all of 2017 with a shoulder injury, Luck sees things he wants to clean up in his game and errors he wants to correct. But he's right in line with where he thought he'd be after so much time off.

"I feel like I'm two games in and keep wanting to improve," Luck said.