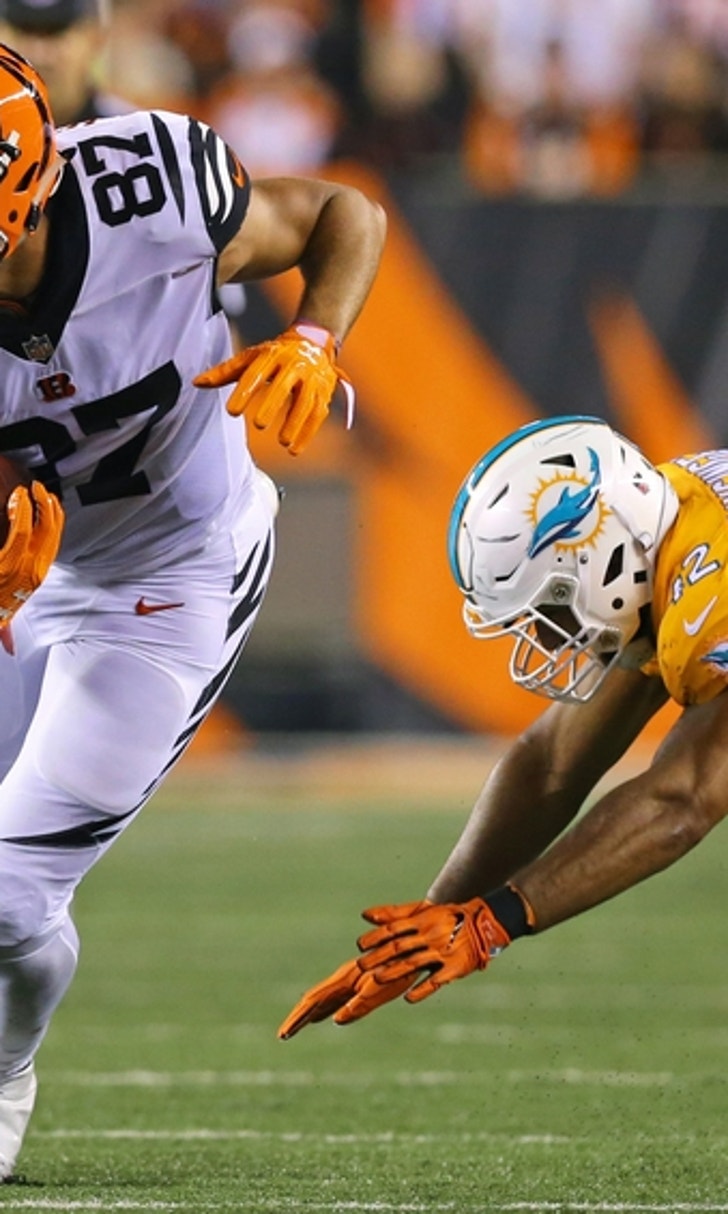 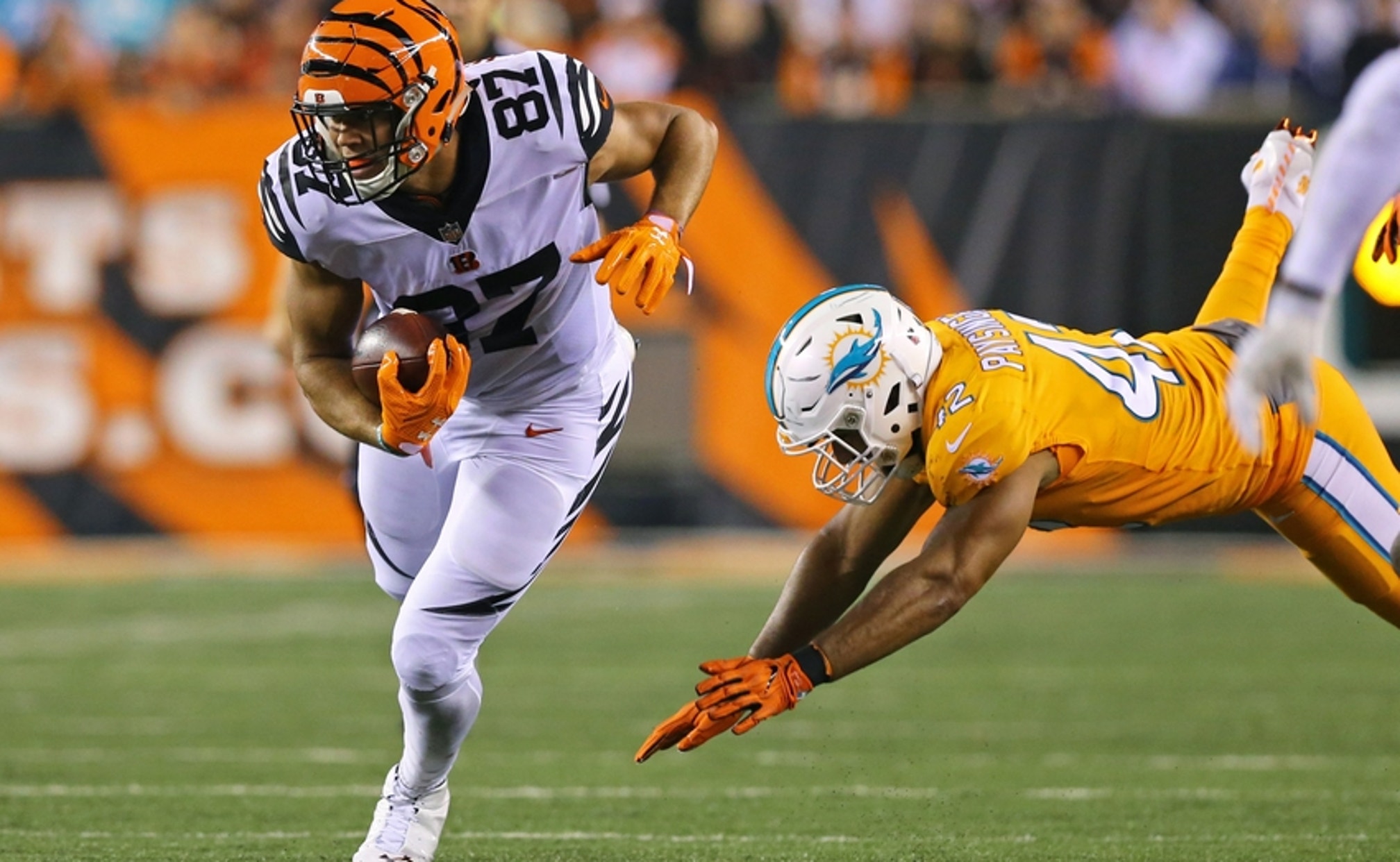 With Eifert out, C.J. Uzomah becomes X-Factor vs. Cowboys 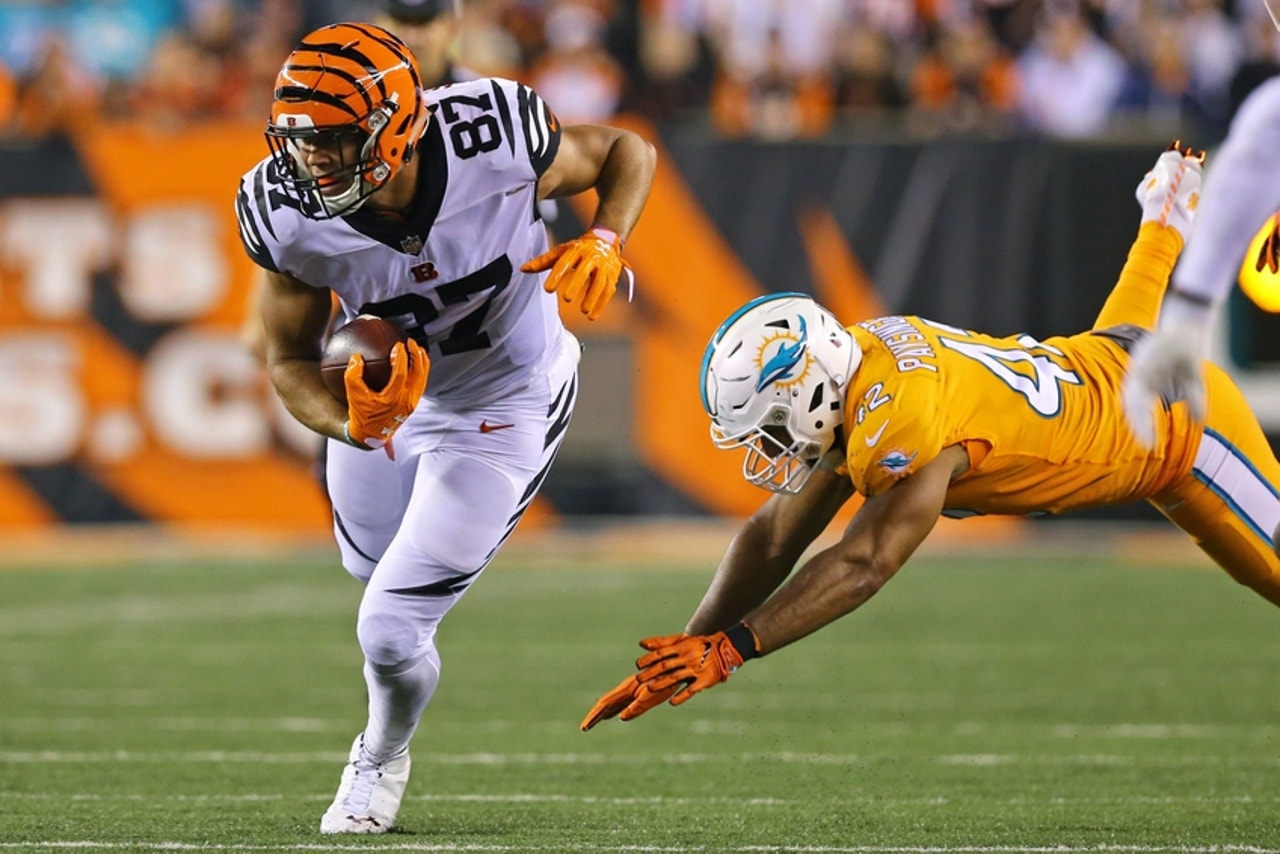 Unfortunate news about Tyler Eifert keeps the Bengals’ offense looking the same for Week 5. C.J. Uzomah needs to step up against Dallas on Sunday.

News broke late Wednesday afternoon that showed Bengals’ tight end Tyler Eifert suffered a setback in practice. Recovering from an ankle injury suffered in January’s Pro Bowl, Eifert was set to make his return this week against the Cowboys. However, this setback was a back injury sustained by the Notre Dame product.

#Bengals TE Tyler Eifert’s back injury makes the team doubt that he’ll play this Sunday. Bad sign. Had been progressing well with his ankle.

It’s a definite blow to Cincinnati’s offense, one that was hoping Eifert would help in the red zone. Last season, Eifert snagged 13 touchdowns, most by any tight end, 11 of which came inside the 20-yard line.

Now in his fourth season, Eifert has only played in 31 of 55 games. There’s no denying how great Eifert has been, but the injuries are piling up quickly for the 26-year-old.

In week one, Uzomah snagged a 54-yard pass from Dalton to set Cincinnati up in the red zone. Three plays later, he dropped a pass (that was a bit low, but still catchable) that would have been a walk-in touchdown. In Pittsburgh, a controversial no-challenge could have given him his first career touchdown.

Finally, in the win over Miami, Uzomah had two pivotal red zone shortcomings. The Bengals won the game, 22-7, but it was a contest they dominated in nearly every facet. It had all the makings of a 30-point blowout, but the game still ended as a two-possession decision.

In the first half, Uzomah caught a third-down pass short of the sticks. It was him against Kiko Alonso, one-on-one, to get in the end zone, but Uzomah fell down immediately after making the catch. Cincinnati settled for a field goal.

Later in the quarter, Uzomah dropped a third-down pass from Dalton that would have resulted in a first down inside the Dolphins’ 20. Once again, Mike Nugent came on and the Bengals left four points off the board.

It begs the question, can the Bengals win against good teams despite settling for too many field goals? The Bengals have scored a touchdown on a league-worst 30.77% of their red zone trips. That is down from 65% a season ago.

How They Match Up

Uzomah should once again see a fair amount of opportunity on Sunday against the Cowboys’ 20th ranked pass defense. Look how opposing tight ends have matched up against Dallas in the last three weeks.

That’s one top-five tight end (Reed) and three subpar tight ends combining for a stat line of 5.8 receptions and 69.5 yards per game against the Cowboys in a three-week span.

But when things get crowded inside the red zone, Uzomah has to be able to answer the call with so much attention being given to A.J. Green. Cincinnati’s ability to sustain drives and turn them into touchdowns could be the difference between 3-2 and 2-3.