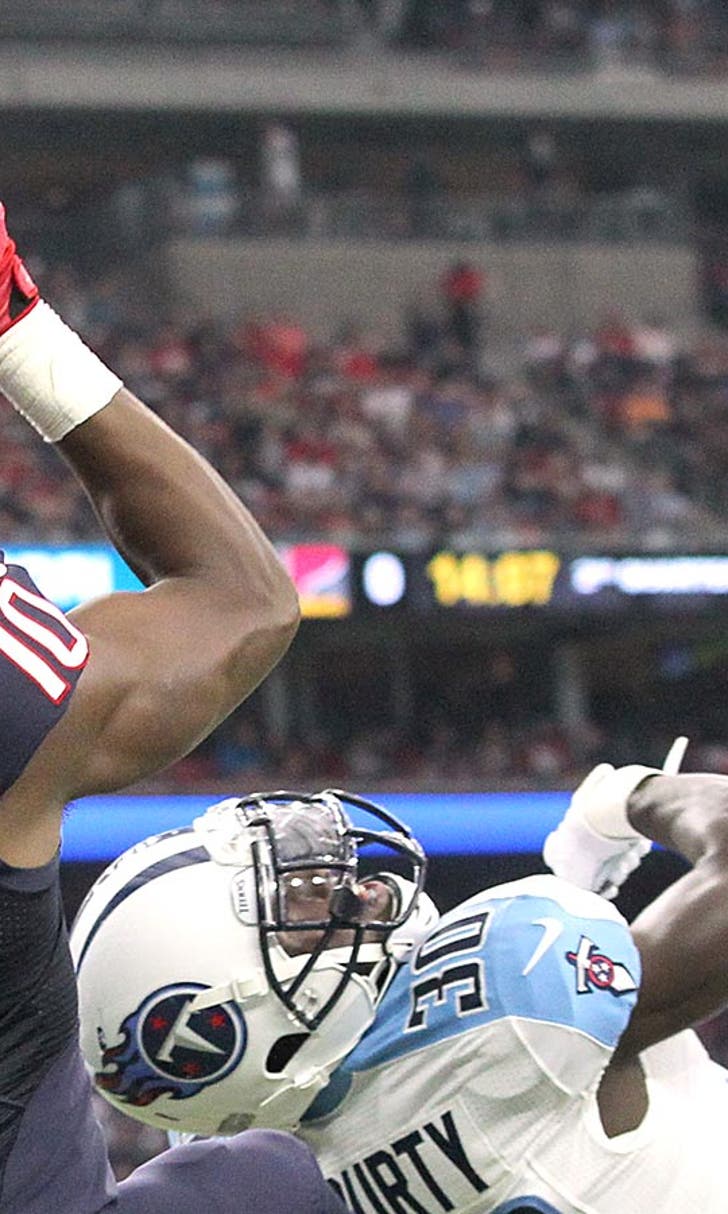 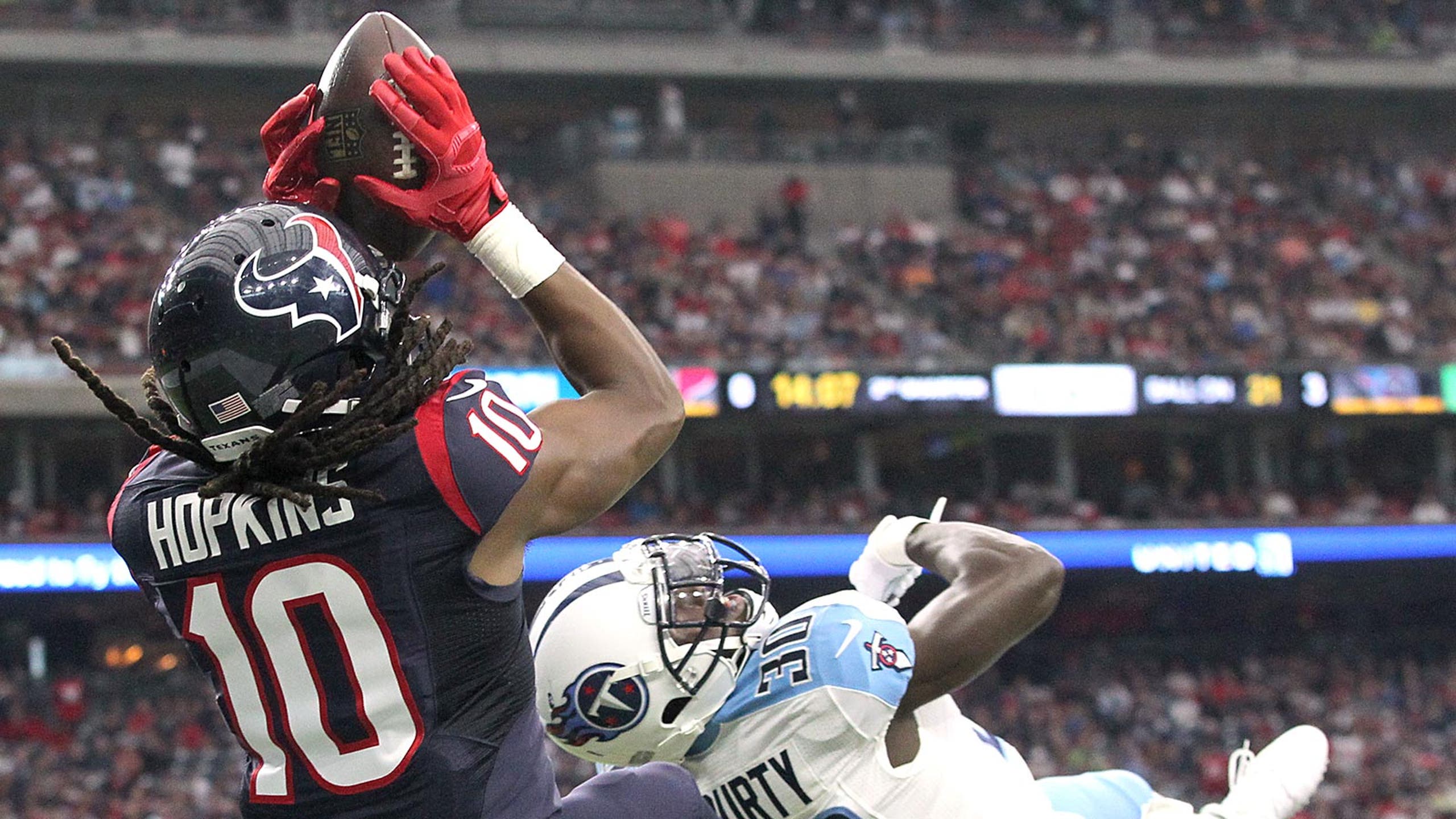 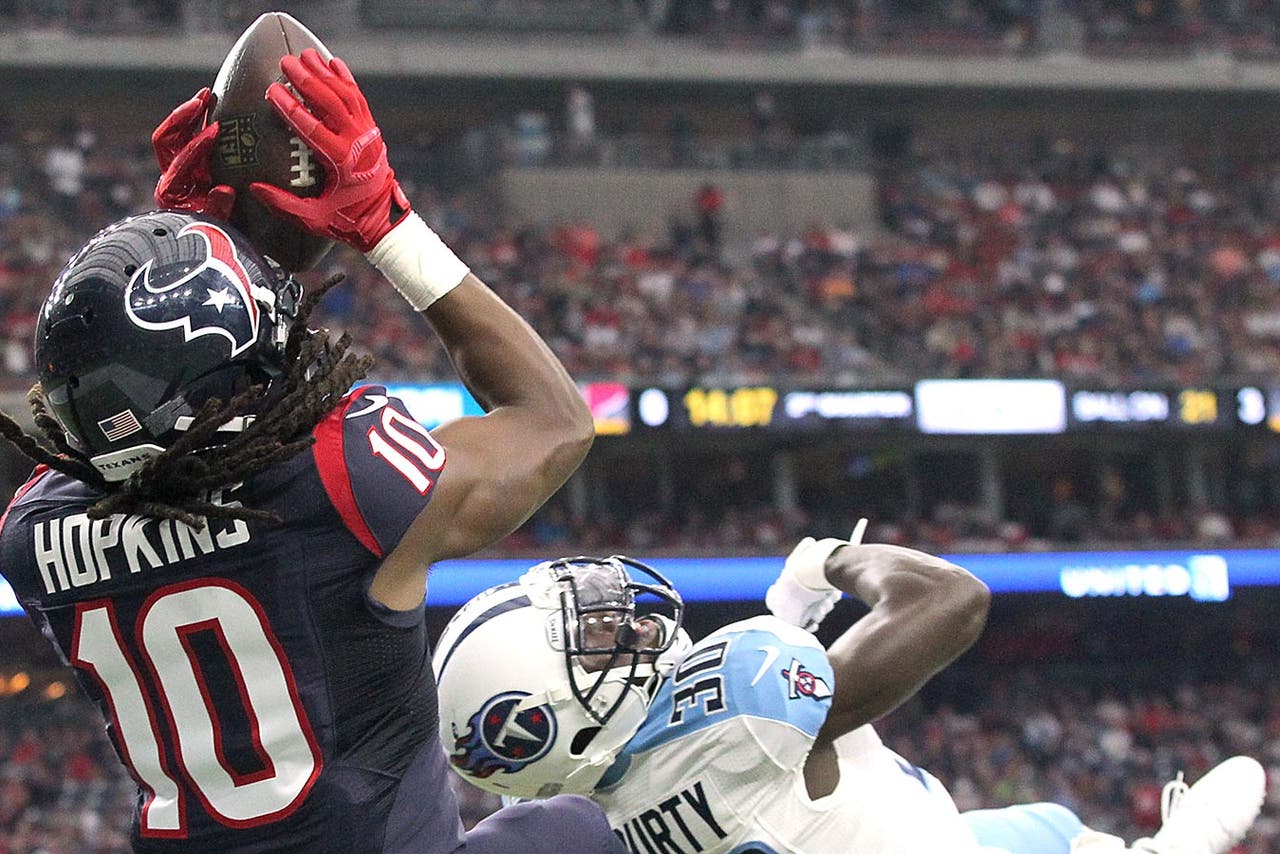 The Houston Texans may be struggling, but DeAndre Hopkins' breakout season continues without interruption.

The NFL's leader in receiving yards, Hopkins made yet another highlight-reel play, this time with a leaping 21-yard touchdown reception in the second quarter of Sunday's game against the Tennessse Titans.

The DeAndre Hopkins touchdown train is full steam ahead and good luck trying to stop it. Not fair. #TENvsHOU https://t.co/lF1N1asAQ7

With Hopkins defended in single-coverage by Titans corner Jason McCourty, Houston quarterback Brian Hoyer threw the ball up for grabs in the end zone and the third-year receiver was able to come down with it.