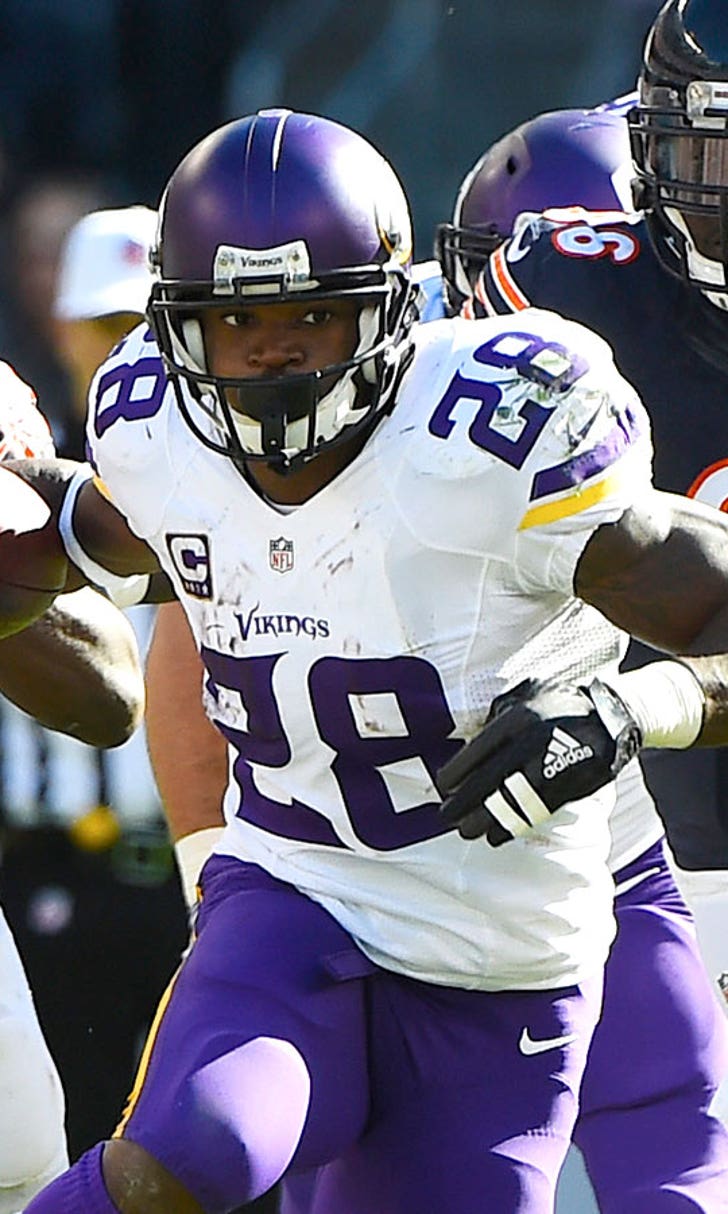 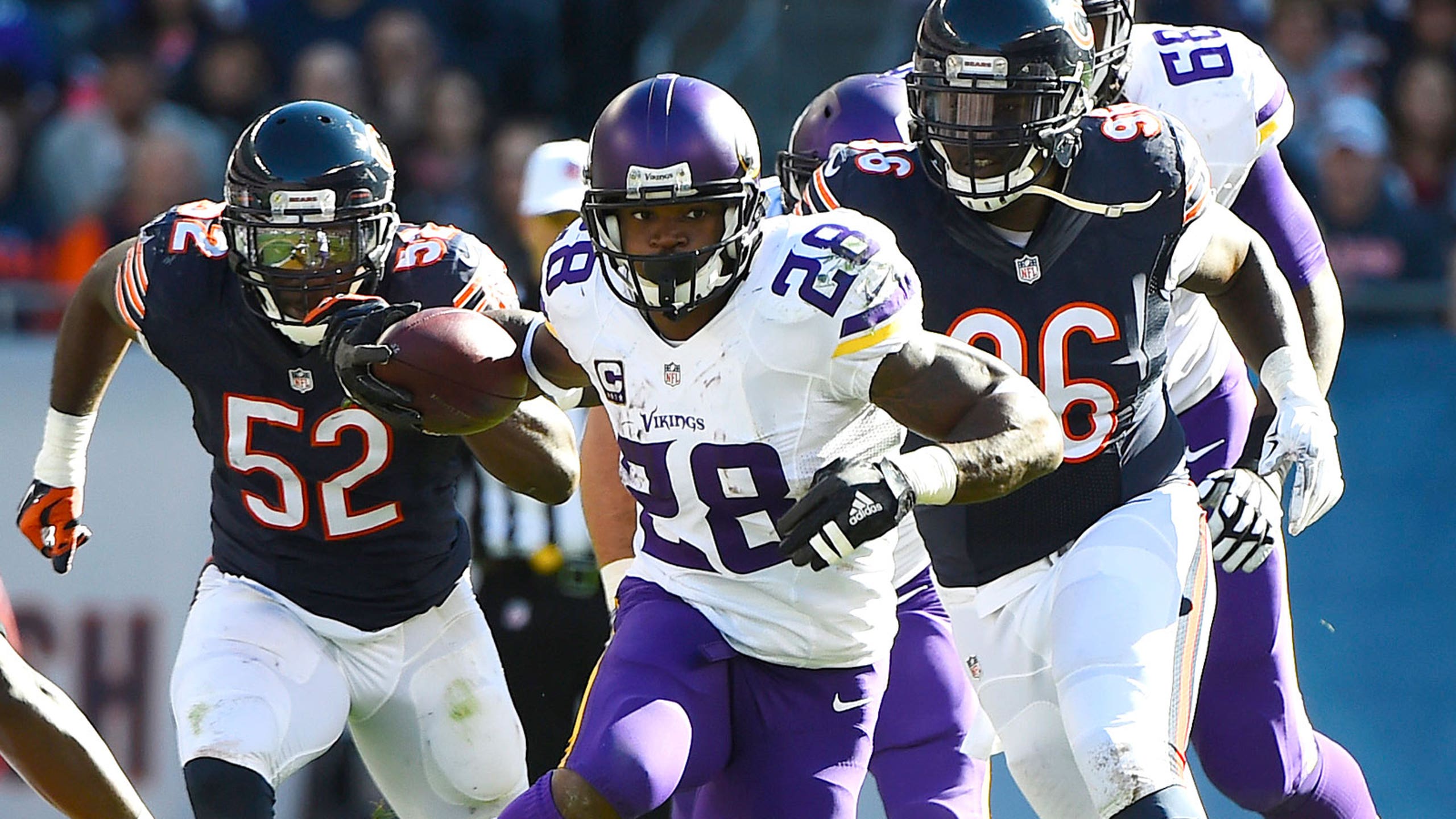 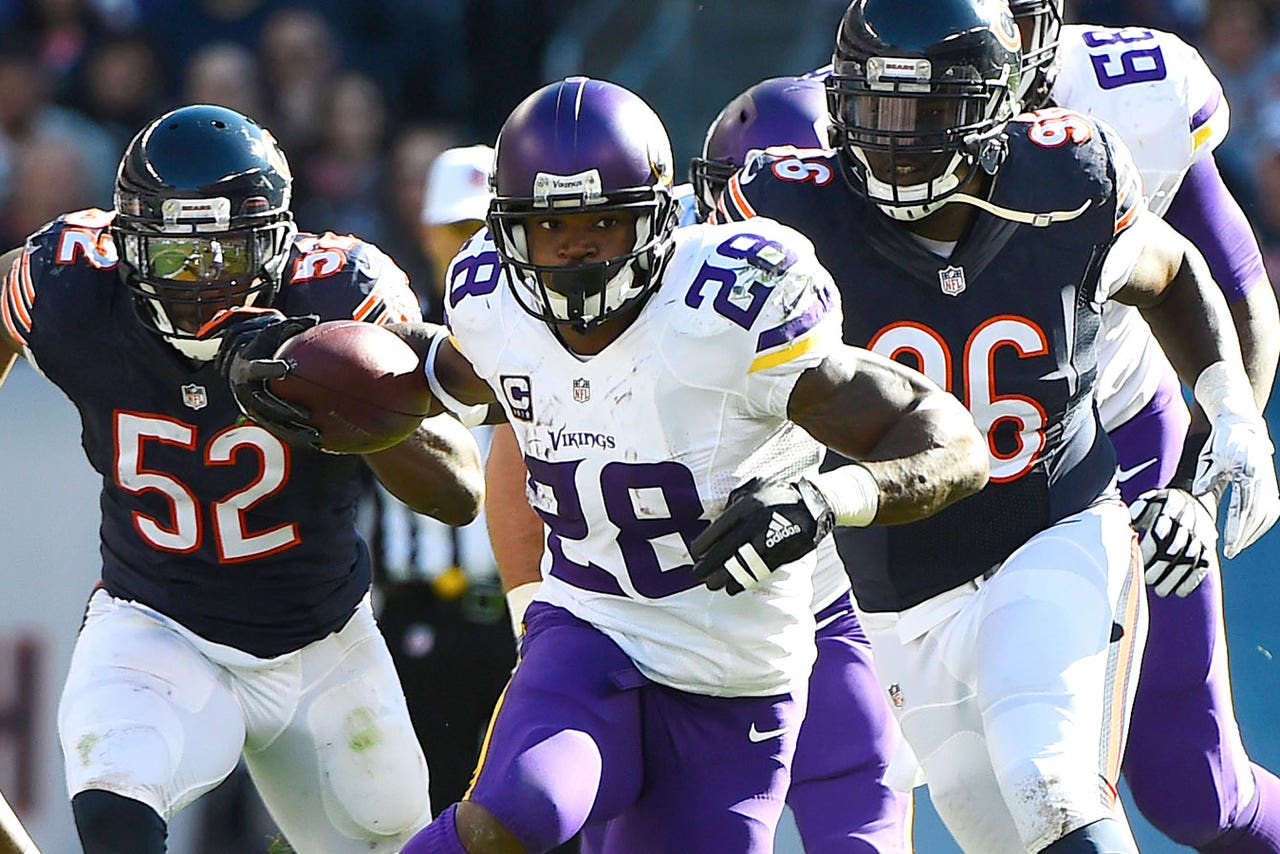 CHICAGO (AP) Soldier Field had been a house of horrors for Minnesota. Not these Vikings, though.

Minnesota got a long-awaited Windy City win - and with no time to spare.

Adrian Peterson ran for 103 yards and Blair Walsh kicked a 36-yard field goal as time expired to lift the Vikings to a 23-20 win over the Chicago Bears on Sunday.

''Just another thing to mark in our checkbook,'' Vikings coach and Chicago-area product Mike Zimmer said. ''Can't win in Chicago. Can't win on the road. Can't win two division games in a row. Can't win in a temporary stadium. Keep coming up with them.''

The Vikings snapped a seven-game losing streak in Chicago after ending a long road skid against division opponents last week at Detroit. Now, they have wins in consecutive games against the NFC North.

It looked like the Vikings were on their way to another loss in Chicago when Jay Cutler rolled to his right and plowed over safety Harrison Smith for a 4-yard touchdown with just under five minutes remaining.

That gave the Bears a 20-13 lead. But Bridgewater dug in, leading two late scoring drives to send Minnesota (5-2) to its third straight win.

Stefon Diggs turned a short pass into a 40-yard TD when he spun around Sherrick McManis and went up the left side, tying it with 1:49 left.

After Chicago (2-5) punted, Bridgewater hit a leaping Charles Johnson for a 35-yard pass that put the ball on the 27. Two plays later Walsh booted the winner, pumping his right arm as the ball went through the uprights.

Here are some things we learned as the Vikings pulled out a win at Soldier Field for the first time since Peterson ran for 224 yards against the Bears as a rookie in 2007:

YOUTH, POISE: Coming off one of the best games of his young career, Bridgewater threw for just 187 yards and a touchdown. That actually wasn't bad, considering he had 41 yards and an interception in the first half. But he shook off a rough start and came up big in the closing minutes.

BANGED-UP BEARS: As if the Bears weren't already hurting, they lost star running back Matt Forte and receiver Eddie Royal to knee injuries while dropping their second straight game.

Forte was seen slightly favoring his right leg after the game. A fan asked if he was OK, and he said, ''Yeah.''

Royal hurt his left knee, and coach John Fox had no details on the extent of either player's injuries.

The Bears also shuffled their offensive line with center Hroniss Grasu sidelined by a neck injury.

Receiver Alshon Jeffery (hamstring), left tackle Jermon Bushrod (shoulder), safety Antrel Rolle (ankle) and linebacker Shea McClellin (knee) are among the players who have missed big chunks of time this season because of injuries. The Bears also lost center Will Montgomery to a broken leg last month, and rookie Kevin White (shin) has been sidelined all season.

NOTHING SPECIAL: Robbie Gould kicked two field goals, including a 55-yarder. But when it came to returns and coverage, this was a brutal day for the Bears' special teams.

Marc Mariani muffed punts on Minnesota's first two possessions. As for the Bears' coverage, well, they let Marcus Sherels return a punt 65 yards untouched up the right sideline for an early touchdown.

At least they didn't give up any big returns on kickoffs, an area where Chicago has struggled.

STOPPING PETERSON: How good has Peterson been against Chicago?

This was his fifth consecutive 100-yard game against them and eighth in all. Twice he has run for more than 200, with that performance in 2007 being a record for a Bears opponent.

In 13 games against Chicago, Peterson has rushed for 1,499 yards and 14 touchdowns.

DRIVING LATE: For the fourth consecutive game, Cutler led the Bears on a late scoring drive that either gave Chicago the lead or tied it.

''We were in the game, much like the last four weeks,'' Fox said. ''We won two. We didn't finish the last two weeks and you lose. I think down the stretch you've got to coach it better, you've got to make plays when they're there to be had.''