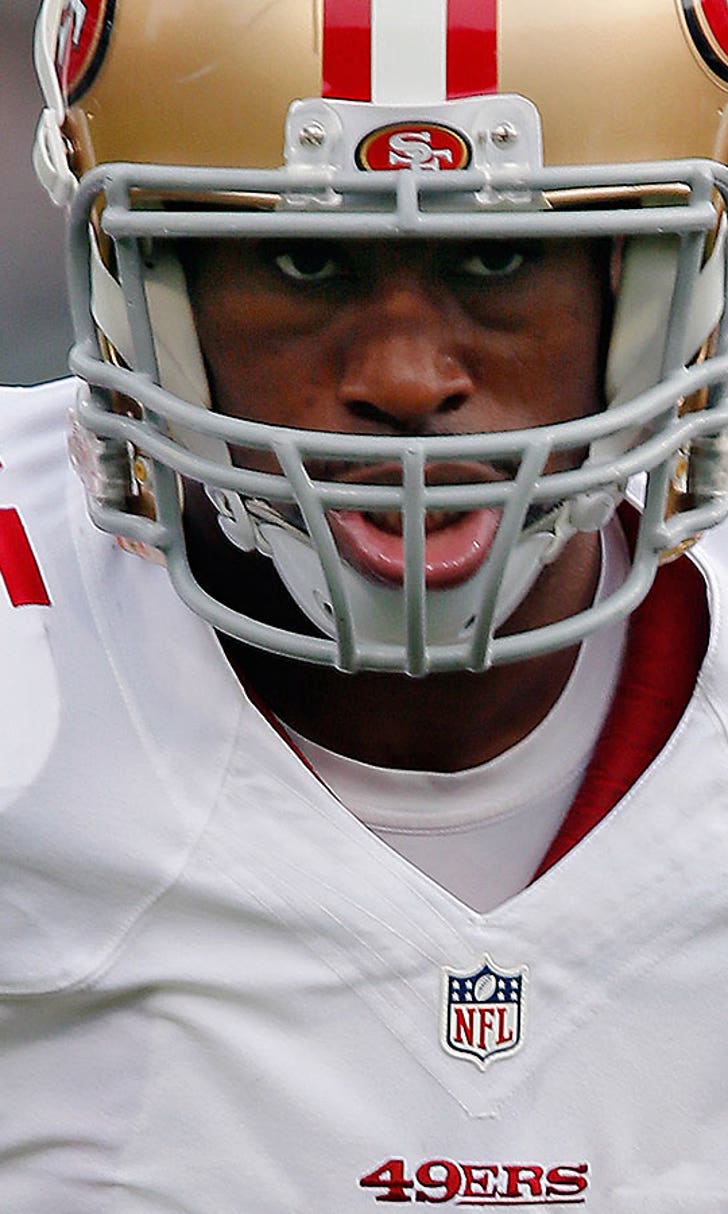 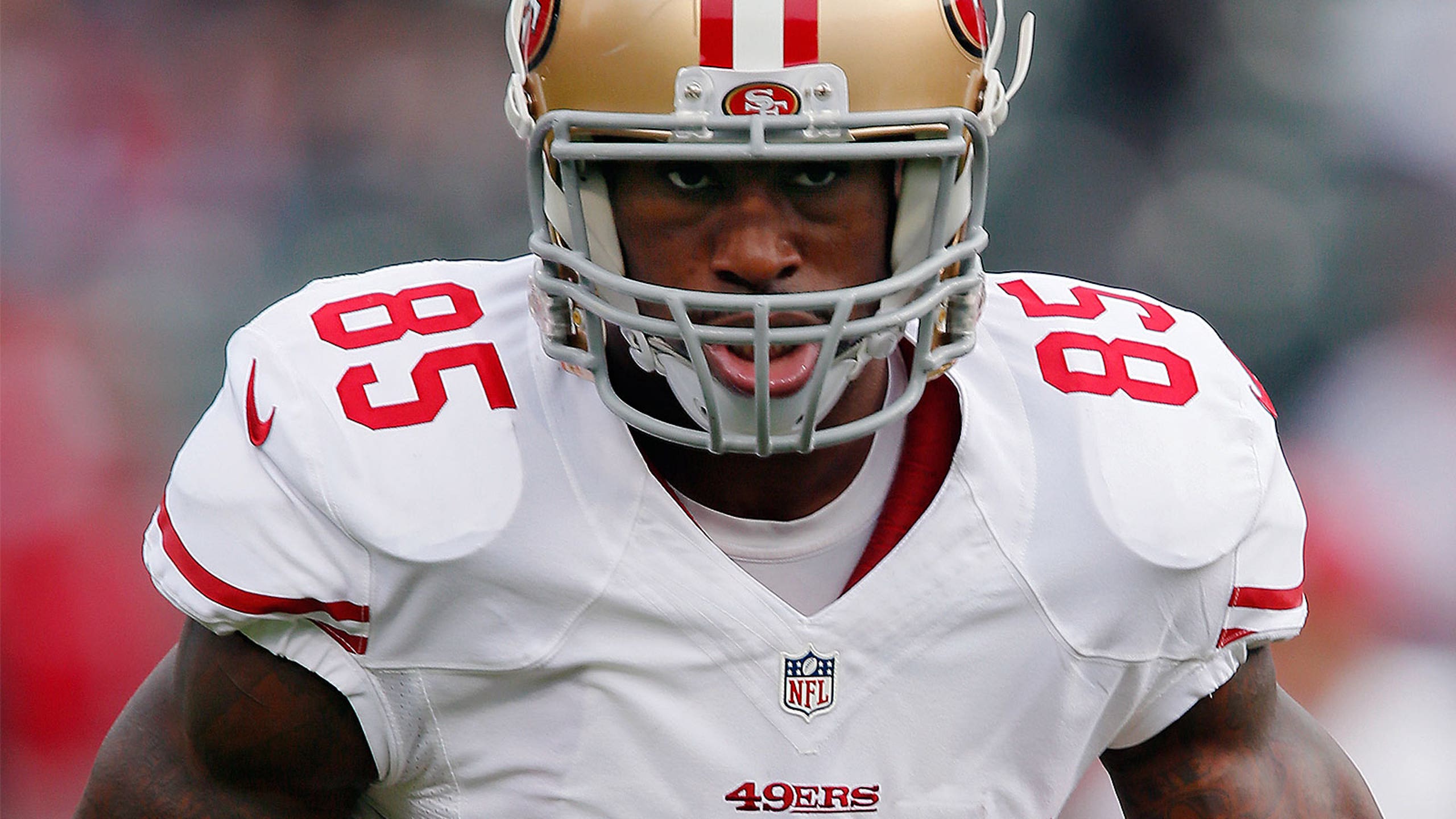 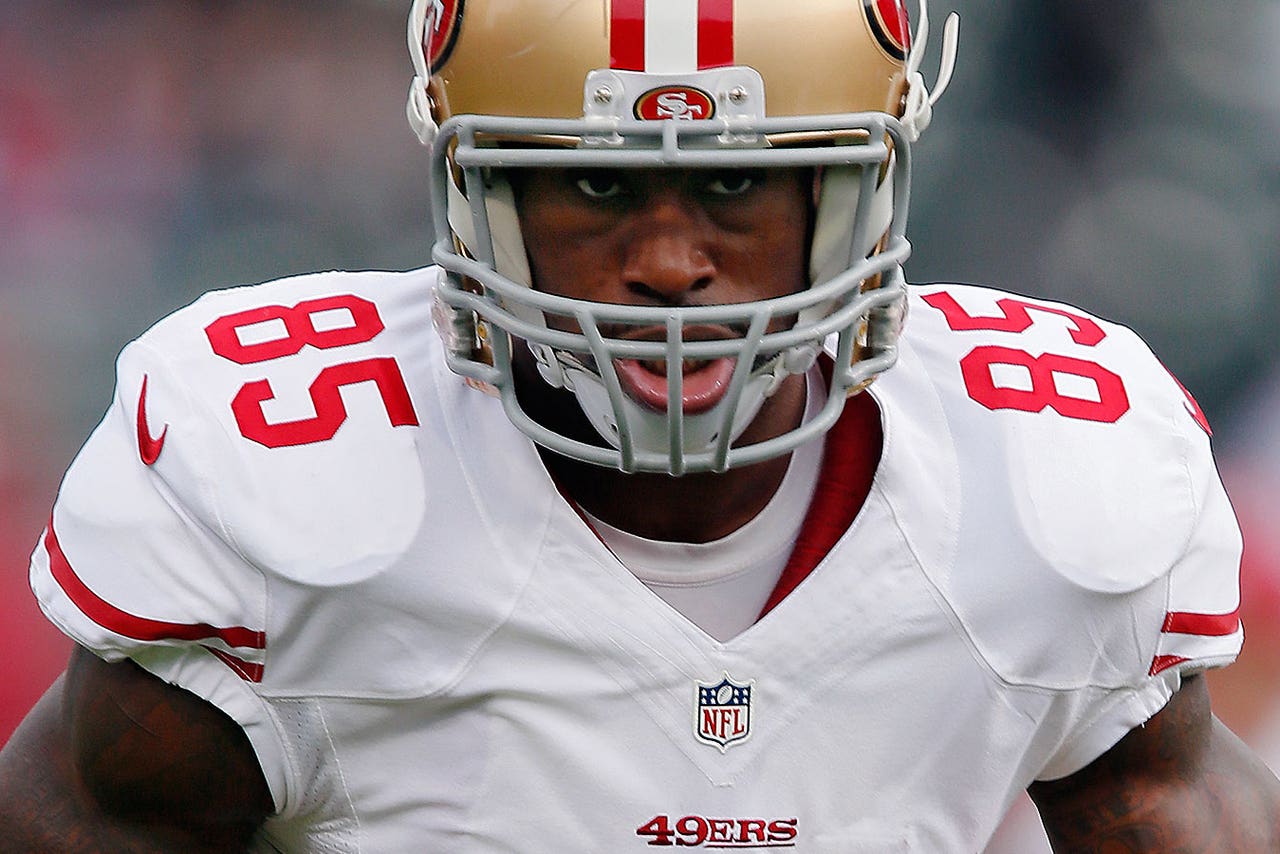 John Elway likes to talk about the long-term vision, winning "not only now but from now on."

Coming off a 500-yard performance and a shellacking of the Green Bay Packers, the boss of the unbeaten Denver Broncos made a bold move that shows he's all in for 2015.

Elway called the 31-year-old veteran "a big weapon for us," one who'll add experience, speed and leadership to an offense that can use more big-play ability.

Davis gives the Broncos (7-0) some firepower over the middle that Peyton Manning has been missing since losing Julius Thomas and Jacob Tamme to free agency, and rookie Jeff Heuerman to a knee injury just a week after the draft.

"Thank you (at)49ers for 10 amazing years. Its been a blessing to play for such an incredible organization," Davis posted Monday night on Twitter. "Shout out to all of the coaches, staff, and teammates that made this chapter a very special one in my life. Most of all, a very special thank you to the (hash)49erfaithful family."

The 49ers will get sixth-round picks in 2016 and 2017 and the Broncos also receive a seventh-round pick in 2016. If Davis, who's due about $2.3 million on the final year of his contract, can quickly adapt to Gary Kubiak's offense and finish strong, the Broncos could also get a compensatory draft pick if Davis leaves after the season and signs elsewhere.

Denver is coming off its biggest win of the year, a 29-10 dismantling of Green Bay in which tight ends Owen Daniels and Virgil Green combined for a season-best 105 yards receiving. Before that, they'd managed just 123 yards as they had to mostly stay in and help a battered O-line protect Manning.

"With Vernon coming aboard we've got four tight ends that will give us the ability to do a lot of different things," Elway said.

Not only will Davis give Manning a red-zone target, but his addition can take some attention off wide receivers Demaryius Thomas and Emmanuel Sanders the way Julius Thomas used to. Defenses had to pick their poison and Manning could exploit one-on-one coverage.

"We're trying to win from now on," Elway said. "But this will be a big step for us to win this season."

Davis will take his physical Tuesday. The roster spot is expected to be created by placing rookie left tackle Ty Sambrailo on season-ending injured reserve. Sambrailo has a torn labrum in his left shoulder and will undergo surgery within the week.

"I have great feelings for Vernon and everything he's accomplished here," 49ers coach Jim Tomsula said on KNBR radio. "He's a good man. We wish him nothing but success."

Sambrailo said his recovery is expected to take four to six months, which puts him on track to return for the start of OTAs in the spring. He was injured Sept. 27 at Detroit and hasn't played since. He practiced last week, but realized his shoulder wasn't strong enough to fend off NFL pass rushers.

Sambrailo had replaced star blindside protector Ryan Clady, who tore an ACL in May about a month after Heuerman, a third-round pick from Ohio State, tore an ACL in a non-contract drill. Their losses have been felt ever since.

"Losing Heuerman was a tough one because we had high hopes for him this year and he was going to be a big contributor," Elway said. "So, when we lost him there's a bit of a void there that we're trying to fill, and I think we got that filled now."

Davis has 18 catches for 194 yards this season and is coming off a season-high six receptions Sunday in a loss at St. Louis.

He was a popular player in the Bay Area.

A sixth-round pick out of Maryland in 2006, Davis had 441 catches for 5,640 yards and 55 TDs for the 49ers. He added 27 catches for 600 yards and seven TDs in eight playoff games. His seven playoff TDs are tied for first among tight ends in NFL history.

Davis had 13 TD receptions in 2009 and `13, making the Pro Bowl both seasons. He's the franchise leader in receptions, receiving yards and TDs by a tight end.

"On behalf of the entire 49ers organization, I would like to thank Vernon for his decade of contributions to this team and our community," 49ers GM Trent Baalke said in a statement. "Not only has he contributed to some of the most memorable moments in franchise history, but he has also positively impacted the lives of many others through his efforts in the community. We wish Vernon and his family continued success in both football and life."