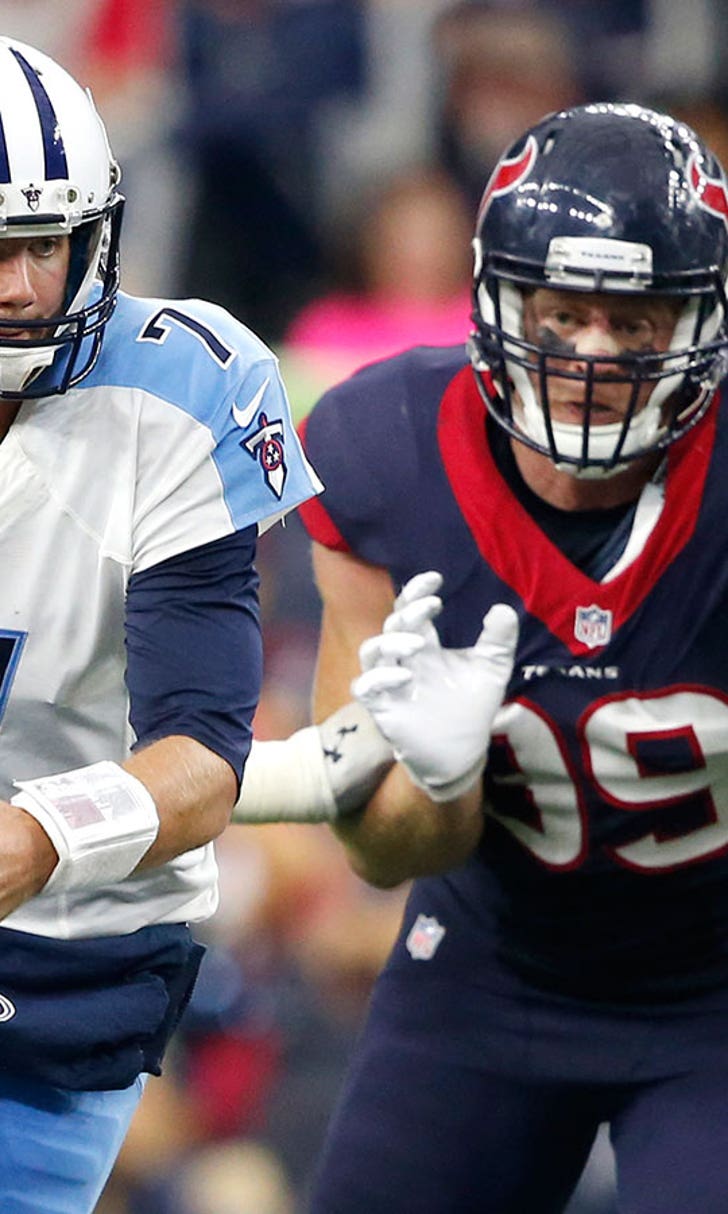 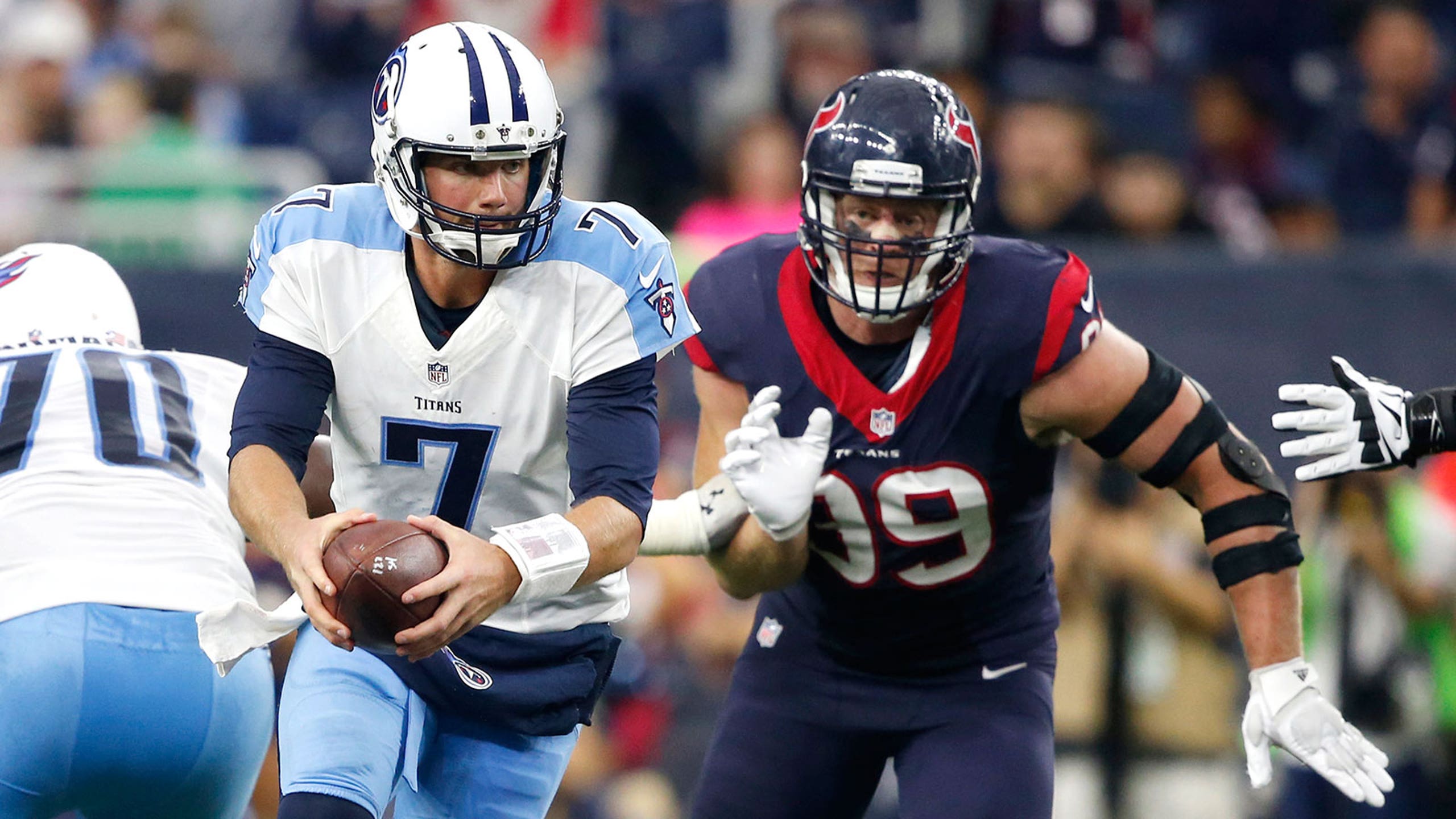 Texans tee off on Zach Mettenberger in win over Titans 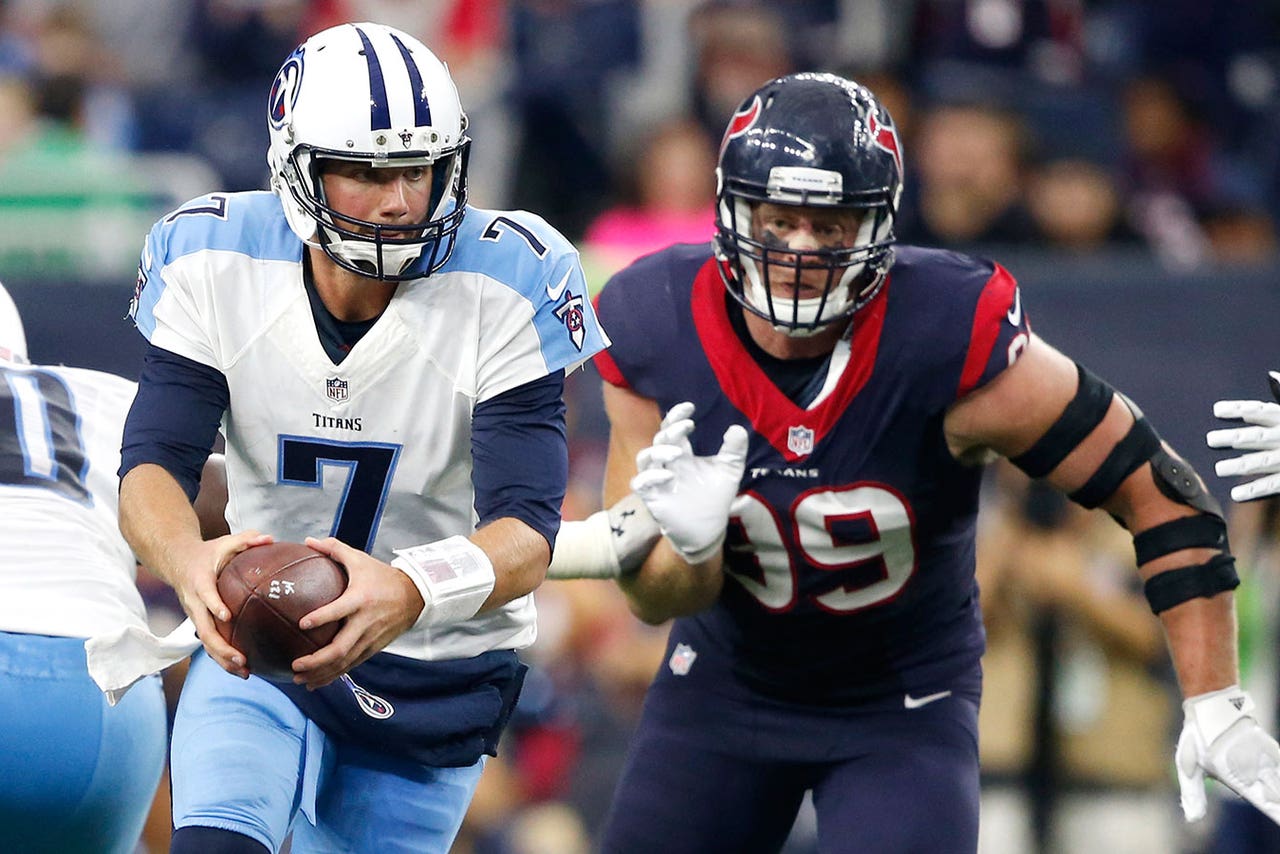 Coming off a blowout loss to the Miami Dolphins, the Houston Texans defense bounced back in a big way in Sunday's 20-6 win over the Tennessee Titans.

Mercilus was credited with 3.5 sacks, while Watt finished the day with 2.5 sacks.

Watt said after the game he was surprised by the number of times the Titans attempted to block him one-on-one throughout the course of the game.

“I enjoy one-on-ones very much,” Watt said. “They are a lot more fun. They provide a lot more opportunities. Sometimes I am surprised when I get them, and there were a few of them today.”

The NFL's reigning Defensive Player of the Year, who often faces multiple blockers, added he wasn't sure why Tennessee chose not to devote more attention to him.