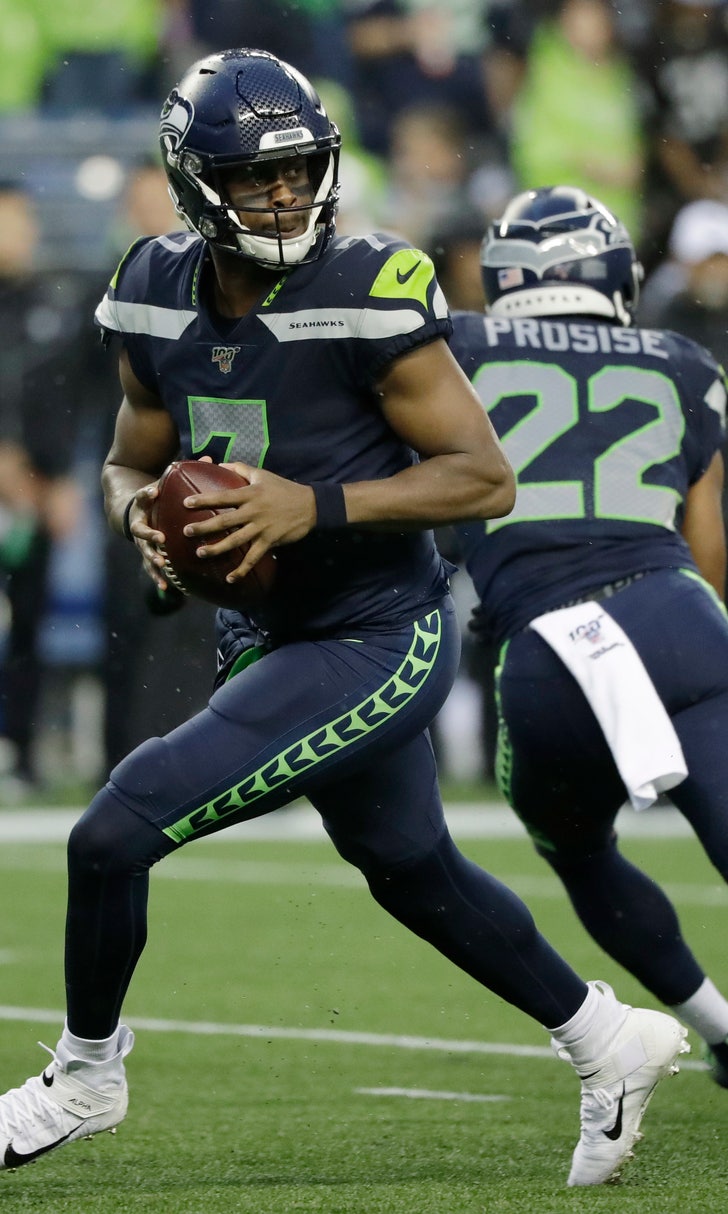 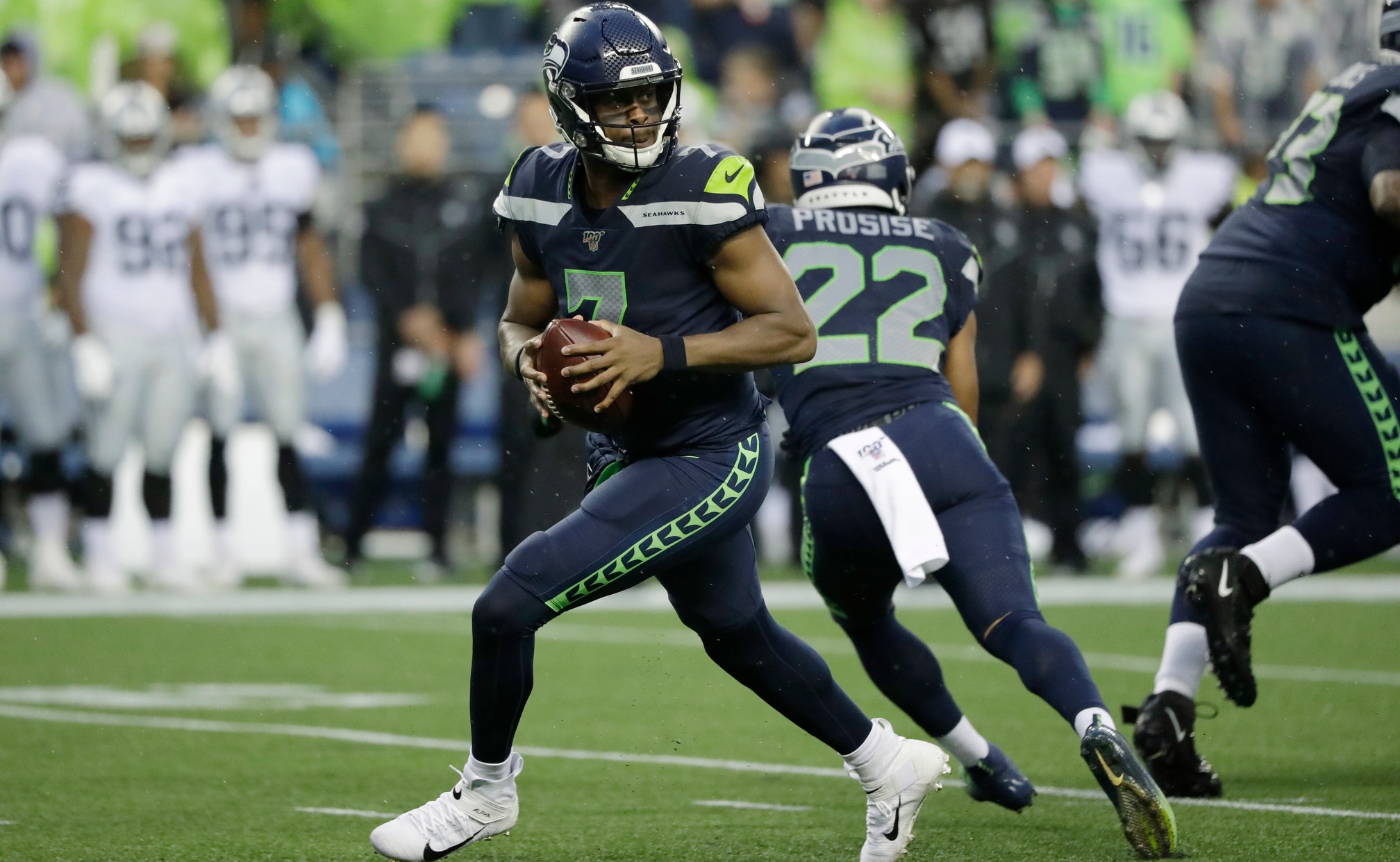 Seahawks down to 1 QB after cutting Geno Smith, Paxton Lynch

RENTON, Wash. (AP) — The Seattle Seahawks set their 53-man roster on Saturday without a backup quarterback to Russell Wilson after releasing both Geno Smith and Paxton Lynch to reach the league limit.

It was a surprising decision after it appeared Smith had won the backup job during training camp, capped with a strong performance in the final preseason game against Oakland. But Seattle clearly wanted to see what else became available as other teams made their cuts.

Seattle has been very active in previous years making moves after cuts were announced and this year is likely to be no different, including finalizing the acquisition of Jadeveon Clowney from the Houston Texans.

Brown was in line to be a starter opposite Tyler Lockett and his release leaves Seattle very thin at wide receiver. David Moore is not expected to play in the opener because of an arm injury and there is uncertainty about DK Metcalf's availability for Week 1 following minor knee surgery.

But Seattle did keep rookie wide receivers Gary Jennings and John Ursua and both could have prominent roles right away. All 11 of Seattle's draft picks remained with the team, although offensive lineman Phil Haynes and defensive lineman Demarcus Christmas remained on the physically unable to perform list.

Seattle acquired cornerback Perry Nickerson from the New York Jets for a seventh-round pick. Nickerson could end up being Seattle's nickel cornerback after veteran Jamar Taylor was released.

Seattle also placed offensive lineman Jordan Simmons on season-ending injured reserve and defensive tackle Jarran Reed was placed on the suspended list. Reed will miss the first six games after being suspended by the league.