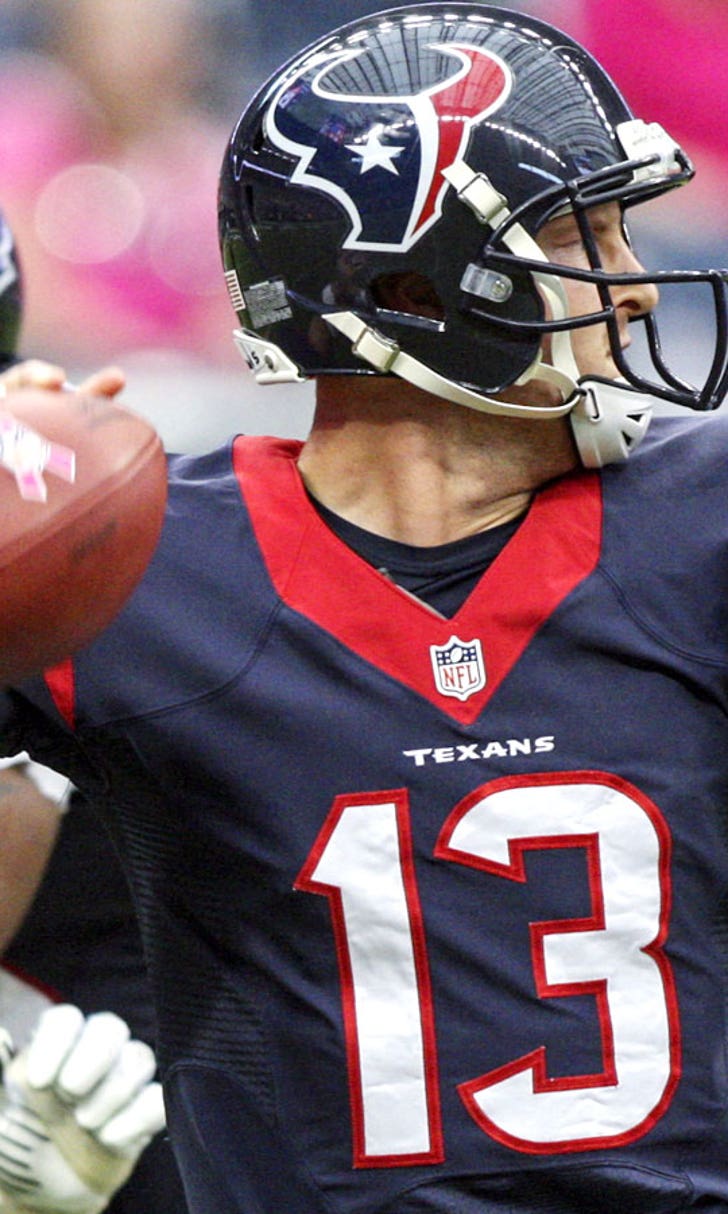 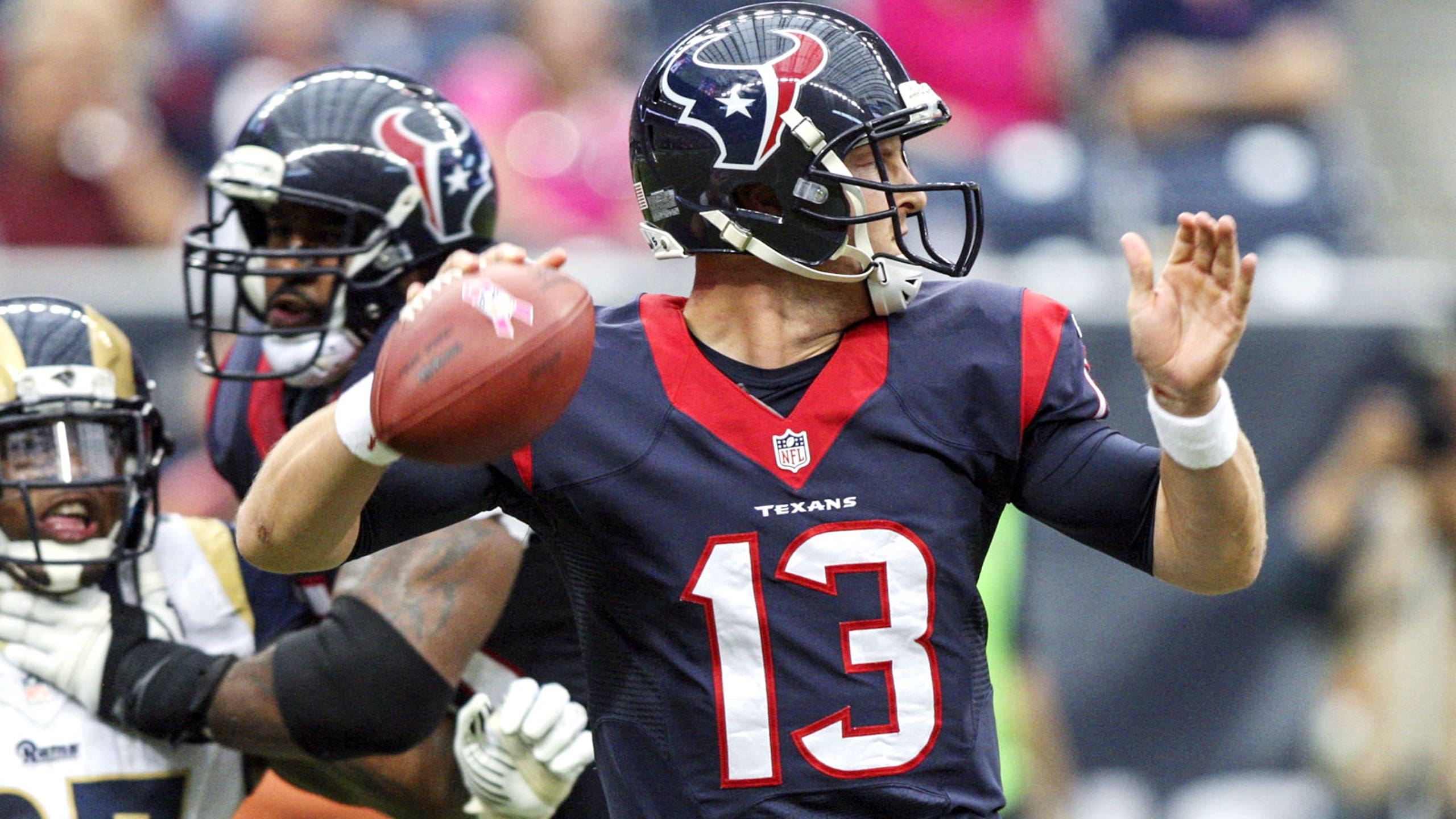 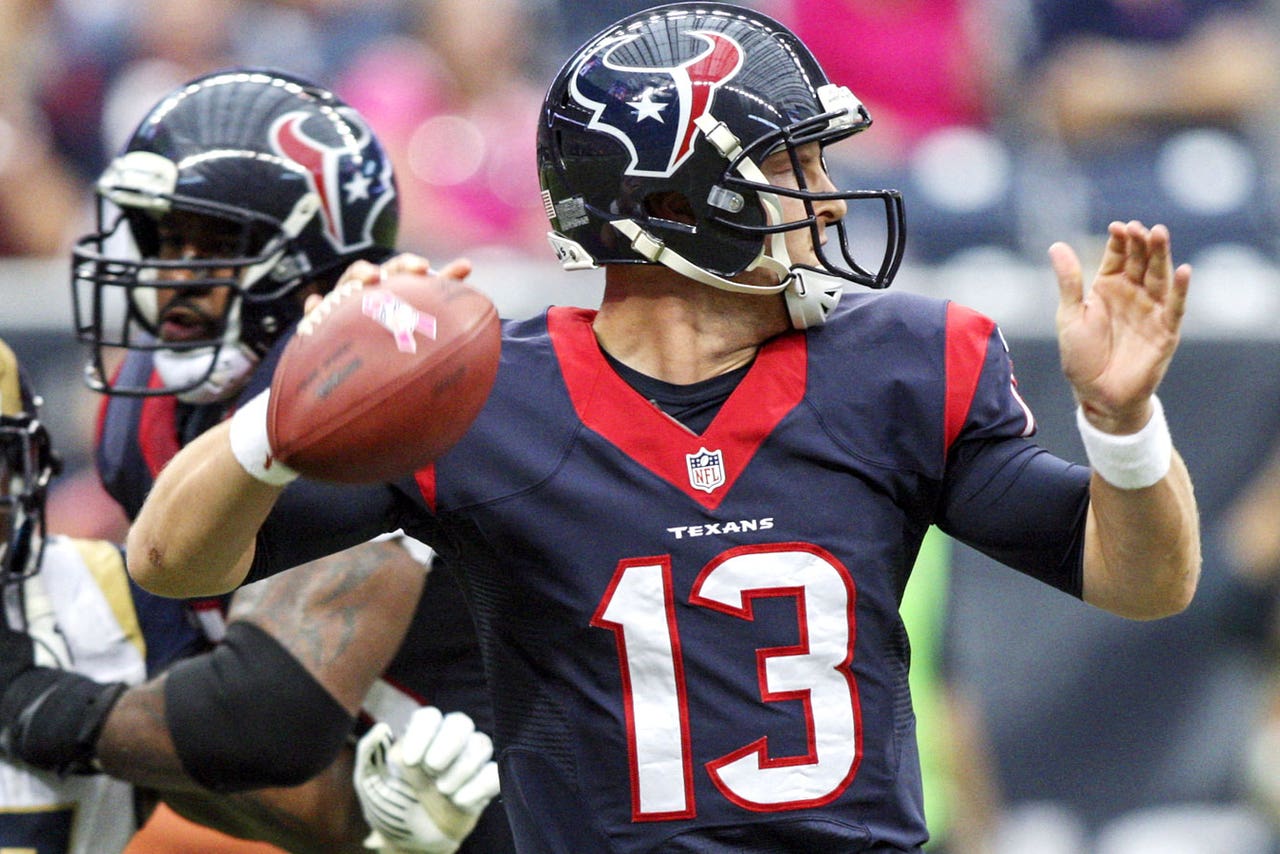 With Ryan Mallett's time in Houston now over, the Texans are in need of a quarterback to back up starter Brian Hoyer.

With that in mind, the team is reportedly bringing veteran T.J. Yates back to Houston on a one-year deal.

Per Aaron Wilson of the Houston Chronicle, the Texans reached out to Yates after deciding to cut ties with Mallett. The 27-year-old Mallett was released after missing the team's flight to Miami in advance of last Sunday's loss to the Dolphins.

A 2011 fifth-round pick of the Texans, Yates started five games as rookie for Houston, as well as the team's two playoff games that season in place of injured starter Matt Schaub. Yates started Houston's playoff win over the Cincinnati Bengals that year, the first postseason win in franchise history.

Yates was traded to the Atlanta Falcons in exchange for Akeem Dent last season, but was released by the Falcons at the end of training camp this year. 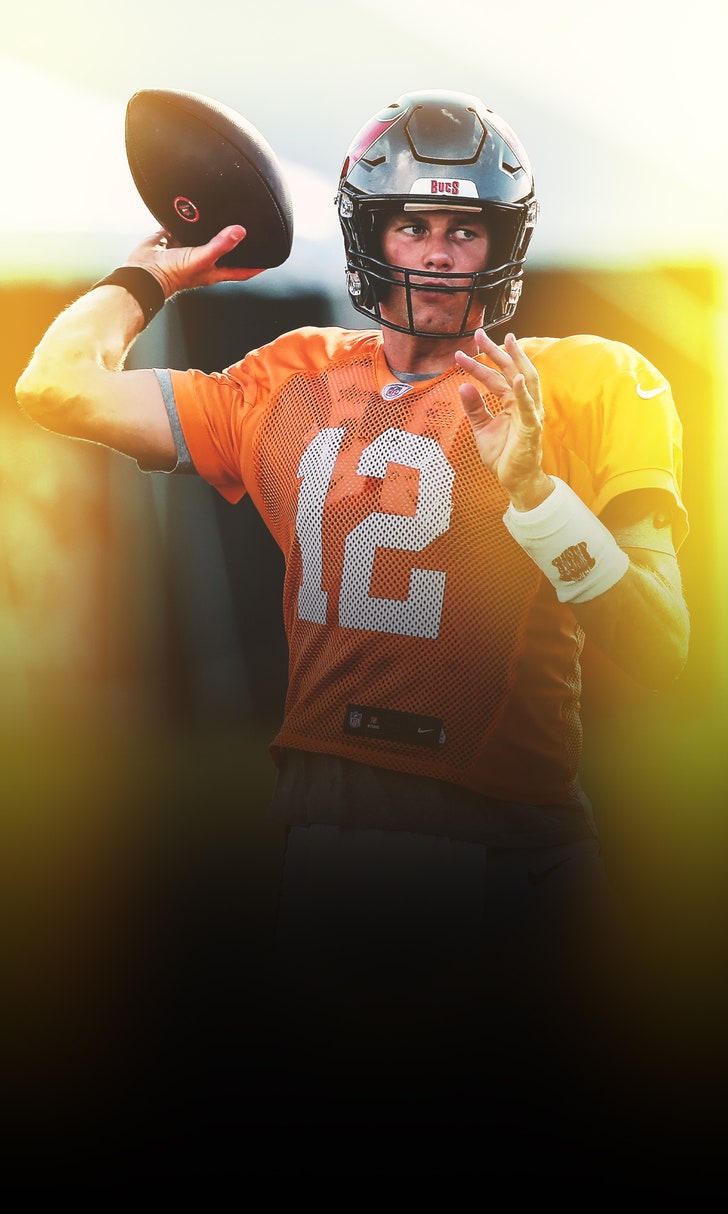