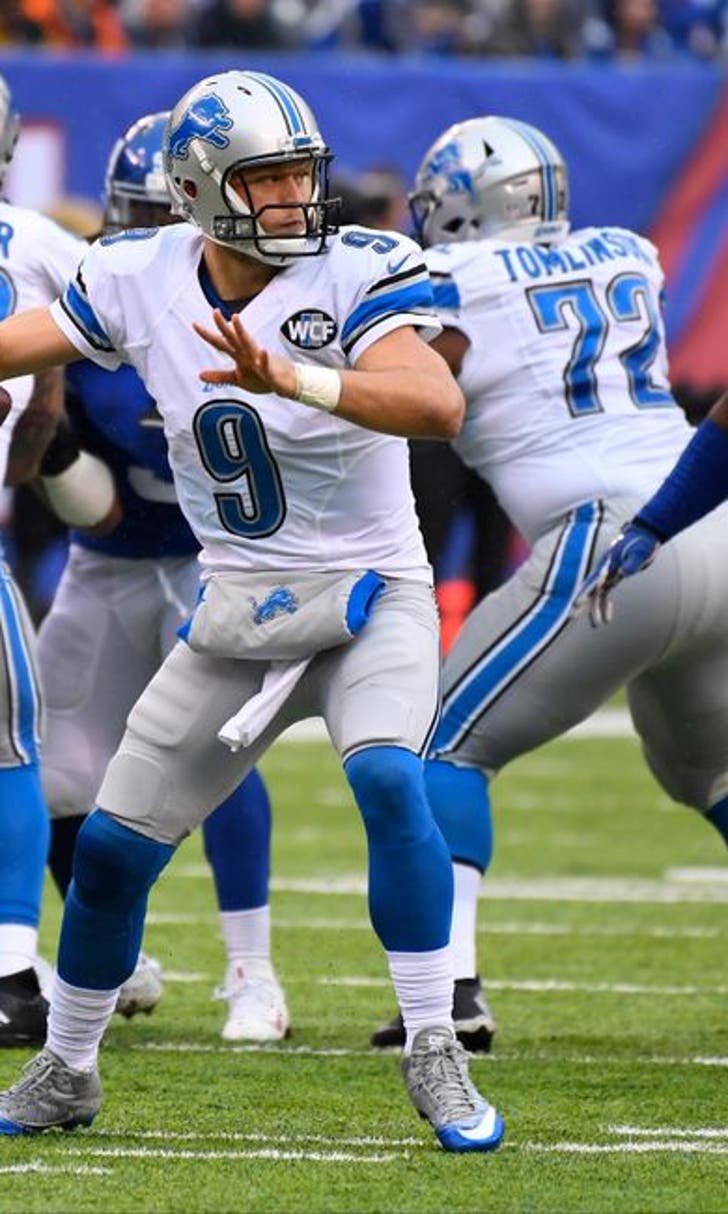 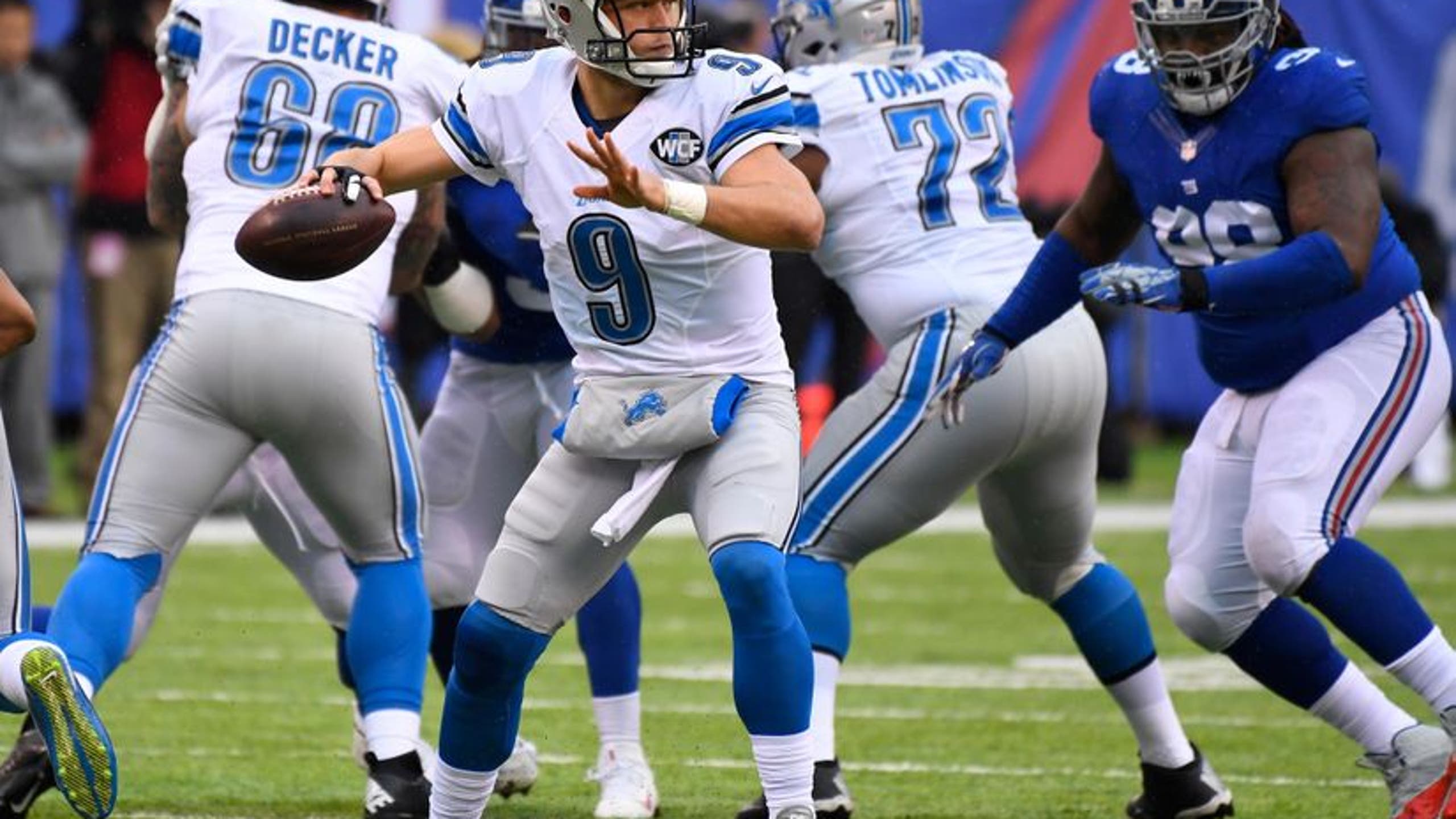 Lions Sputter on Offense in 17-6 Loss to the Giants

BY Fansided and Matt Urben/FanSided via SideLion Report • December 18, 2016
share

After two nice drives to start the game by both teams, the Giants beat the Lions in a punting competition, 17-6. Matthew Stafford threw a desperation interception late in the fourth quarter, essentially sealing the win for New York. Eli Manning was extremely efficient, going 20-28, for 201 yards, and 2 touchdowns. It was Detroit’s first game this season without scoring a touchdown. Detroit had two red zone turnovers, and couldn’t find any rhythm offensively all day. Detroit’s Playoff chances took a hit, but they are still 9-5, alone atop the NFC North with two games to go.

The Lions kicked off to start the first quarter. New York opened with a couple of productive run plays. A “catch” by Odell Beckham converted a first down, although the ball clearly bounced off of the ground. Victor Cruz caught a ball down the right sideline for a big gain, getting tackled at the Lions’ 22 yard line. After a nice run, Sterling Shepard caught a wide open touchdown in the back of the end zone. New York goes up 7-0. Stafford came out wearing a custom glove.

Dwayne Washington rushed for a first down. But that would be all Detroit would get. Stafford rolled out and threw it away on third down. Lions punt. New York couldn’t get much going on their next drive. A Shane Vereen catch came up just short after Tahir Whitehead annihilated him in the open field. Giants punt with over four minutes left in the quarter. Eric Ebron caught a high pass on a well-executed play-action pass for a big gain. On third down, a defensive holding call on Golden Tate gave Detroit first down. Eric Ebron made a diving, sideline grab on third down to convert.

Eli Apple broke up a near TD pass to Golden Tate. On the next play, Ebron dropped a would-be catch on third down. Matt Prater drilled the field goal, making it 7-3 Giants. After a nice run on second down, a toss to Jennings was swallowed up by the Lions for a loss. Giants punt back to the Lions. A play-action caught the Giants off guard and Tate caught a 67-yard bomb. On the next play, Zach Zenner fumbled on his way into the end zone, giving the ball right back to the Giants. DeAndre Levy made a couple of consecutive tackles, looking like his old self.

Anthony Zettel burst through the right side of the line for his first career sack. The Giants would punt, but it would be blocked. The ball still somehow traveled forward and went about as bad as a blocked punt can go. The Lions nearly connected on another pass to Tate, but he was out of bounds. So, on the brink of field goal range, Detroit elected to punt. The Giants weren’t able to do anything with the 40 seconds they had left.

The Lions received to start the half and came out in a nice rhythm. Stafford rolled out and flicked the ball to Anquan Boldin for a first down. Marvin Jones had a catch on 3rd and 7 that he hauled in while falling down to the ground. Eric Ebron drew an interference call that extended the drive. The Lions settled for a field goal, after Laken Tomlinson got absolutely demolished, and Stafford took the sack. The Giants led 10-6 after Prater’s second field goal of the game.

New York was able to convert on a couple third downs, getting them to around mid-field before they settled for a punt. The kick pinned Detroit inside their ten yard line. The Lions couldn’t get out of it, and punted back to the Giants. On the first play of the Giants’ drive, Ziggy Ansah got his first sack of the year to end the third quarter.

An incompletion on second down made it 3rd & 18 for the Giants. They couldn’t convert, punting it to the Lions inside their own five. A quick slant to Jones gave the Lions some breathing room. Another to Bolding converted the first down. Golden Tate made a great jumping catch on 3rd & 4. The Lions would stall out, though, after a wide receiver screen to Tate was sniffed out. Another punt with about nine minutes left in the game gave New York the ball back.

New York completed a pass to Odell for a nice chunk of yardage, quickly followed by another first down to Shepard. They took what was there and matriculated down the Lions’ 5. Odell made a one-handed catch on third down, and scored to go up 17-6. The Lions got the ball back with 5:42 left in the game, down 11. A quick three and out made things look pretty grim for the Lions. They got the ball back after the Giants failed to do anything with it.

Matthew Stafford came out in do-or-die mode and completed big chunks completions down the field to Marvin Jones and Golden Tate. On third and ten, in the Giants red zone, Stafford forced it to Boldin and the ball was intercepted. The Giants would run out the clock nearly, before punting to with the game essentially over. Zach Zenner caught a screen and ran for a big game as the clock expired.

3 STARS OF THE GAME