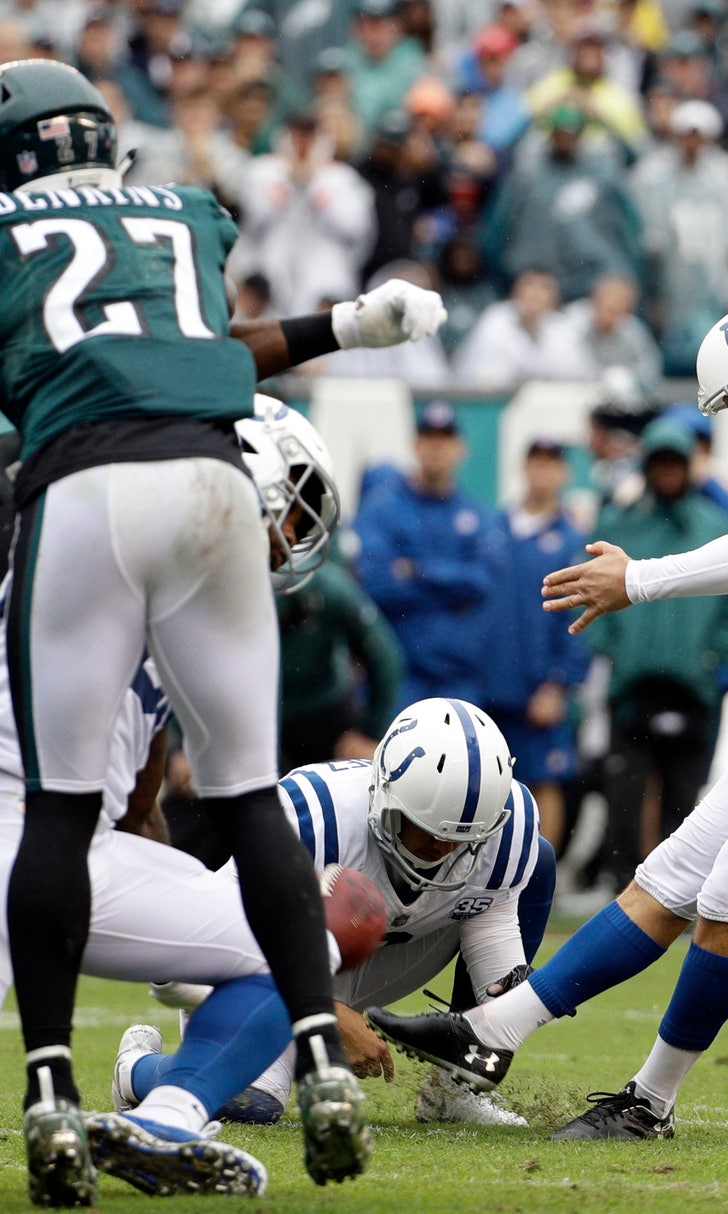 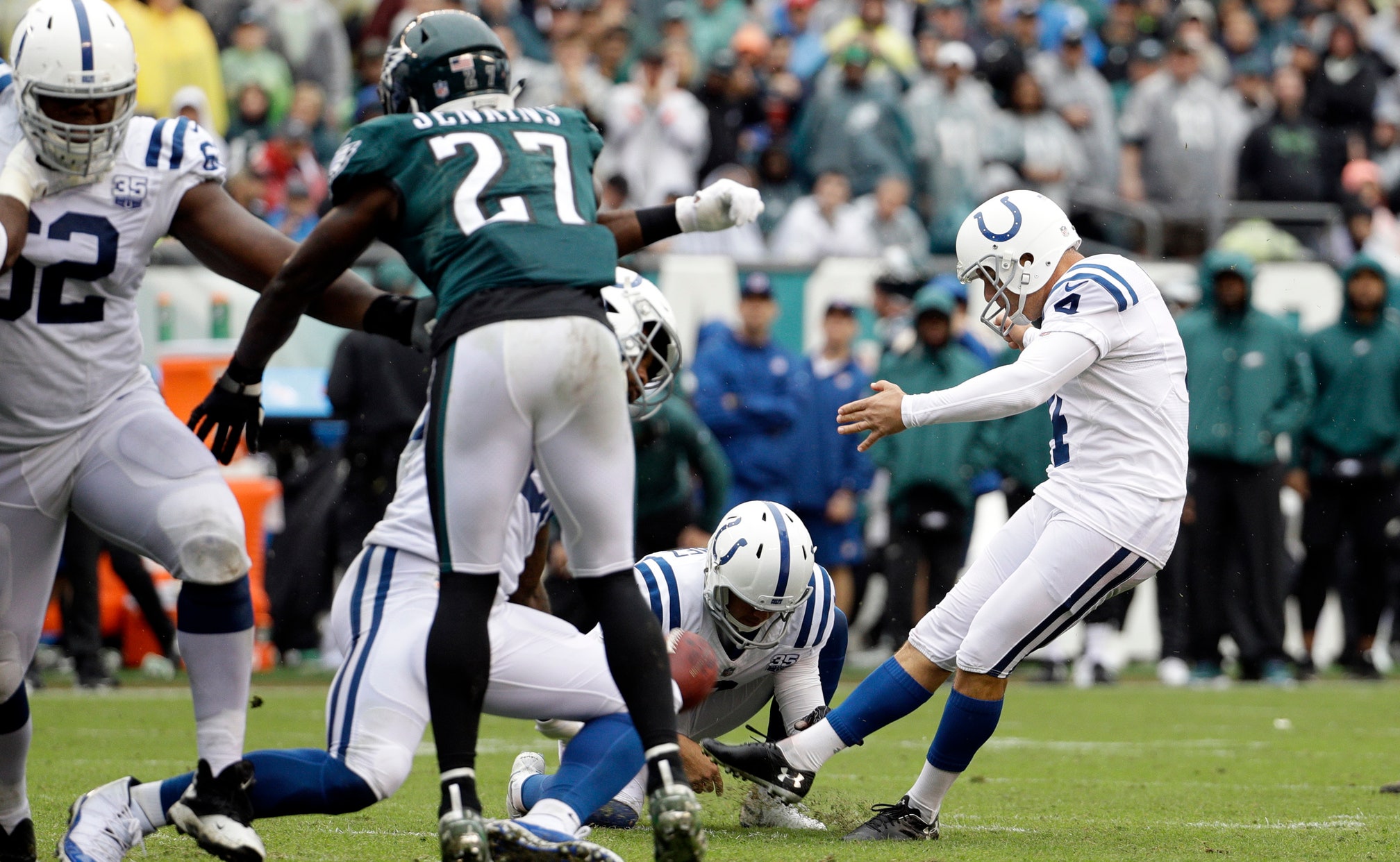 PHILADELPHIA (AP) — Adam Vinatieri started his career as a young kicker in awe of the stats of a Hall of Famer such as Morten Andersen.

As a rookie in New England, the lofty numbers seemed as out of reach as a 70-yard field goal.

"I remember playing against him early in the league going, so many points, no one's even going to come close," Vinatieri said.

Vinatieri is on the brink of passing Andersen in career field goals and total points and putting the final bows on a career that has him destined for Canton, Ohio.

The 45-year-old Vinatieri kicked field goals of 35, 31 and 28 yards on Sunday to match Andersen for most field goals in NFL history with 565.

Vinatieri added an extra point to finish with 10 points in the game, putting him 33 shy of matching Andersen (2,544) for the most points scored in NFL history.

"That's the one," Vinatieri said. "Nobody every pays attention to who has the most field goals. It's who's got the most points. They almost run hand-in-hand. It'd be fun if it happens."

The scoring mark could fall in a few weeks.

But on a soggy Sunday in Philadelphia, Vinatieri at least snagged a share of Andersen's field-goal record. The Colts couldn't take advantage in a 20-16 loss to the Super Bowl champion Eagles, setting the stage for Vinatieri to set the field goal record next week at home against the Houston Texans.

"It's obviously special," Vinatieri said, "but gosh dang it, when you do it on a close game and you lose, it just doesn't feel quite the same. It's a record that's been a long time coming. I just appreciate the opportunities I have."

Andersen needed 709 attempts to set the record; Vinatieri just 670 in 23 seasons to tie.

"We put him in situations to give us three and he delivers every time," Colts wide receiver T.Y. Hilton said.

Vinatieri was already the NFL's postseason record holder for scoring (234) and field goals (56); and he hit two Super Bowl winners in the final minute. He's won four Super Bowls and was the only unanimous selection on the Super Bowl 50 Golden Team.

He made 263 field goals in 10 years with the New England Patriots and has 302 with the Colts.

Few fans will forget the two kicks he made in the Snow Bowl, or "Tuck Rule" game, to help New England beat Oakland in a divisional-round playoff game following the 2001 season. It helped the Patriots capture their first Super Bowl.

Last year, the oldest player in the league made a seemingly impossible extra point to force overtime in a December blizzard in Buffalo and helped keep the Colts within striking distance just 13 days later in monsoon-like weather in Baltimore.

Last year, with a new long snapper and a new holder, Vinatieri made 85.3 percent of his field goals.

"I like to step out there and kick field goals," he said, "but it's better kicking extra points, that's for sure."

Vinatieri remembers talking to Andersen, one of only two full-time kickers in the Pro Football Hall of Fame, about the secrets to enjoying a long, successful career.

Staying healthy, for sure.

"Stubbornness, probably," Vinatieri said, smiling. "There's a lot of great young guys around and I think my joy of being around these young guys and trying to compete against guys half my age ... I'd contribute that to it a little bit."