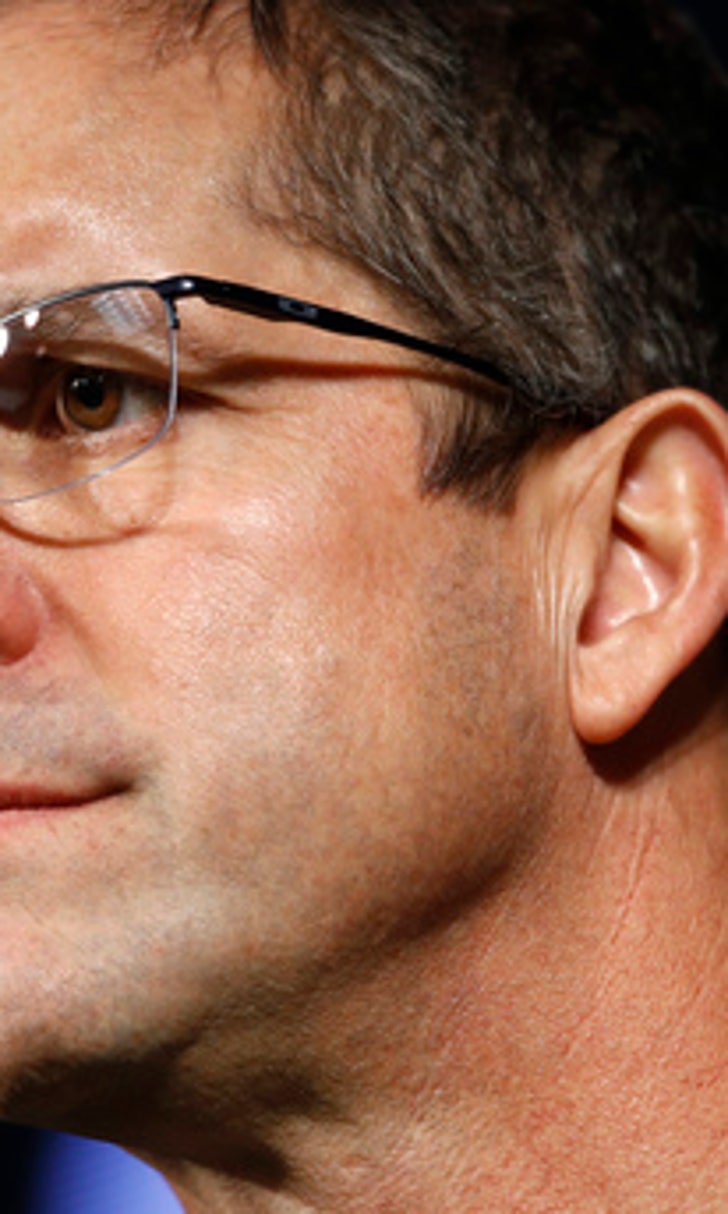 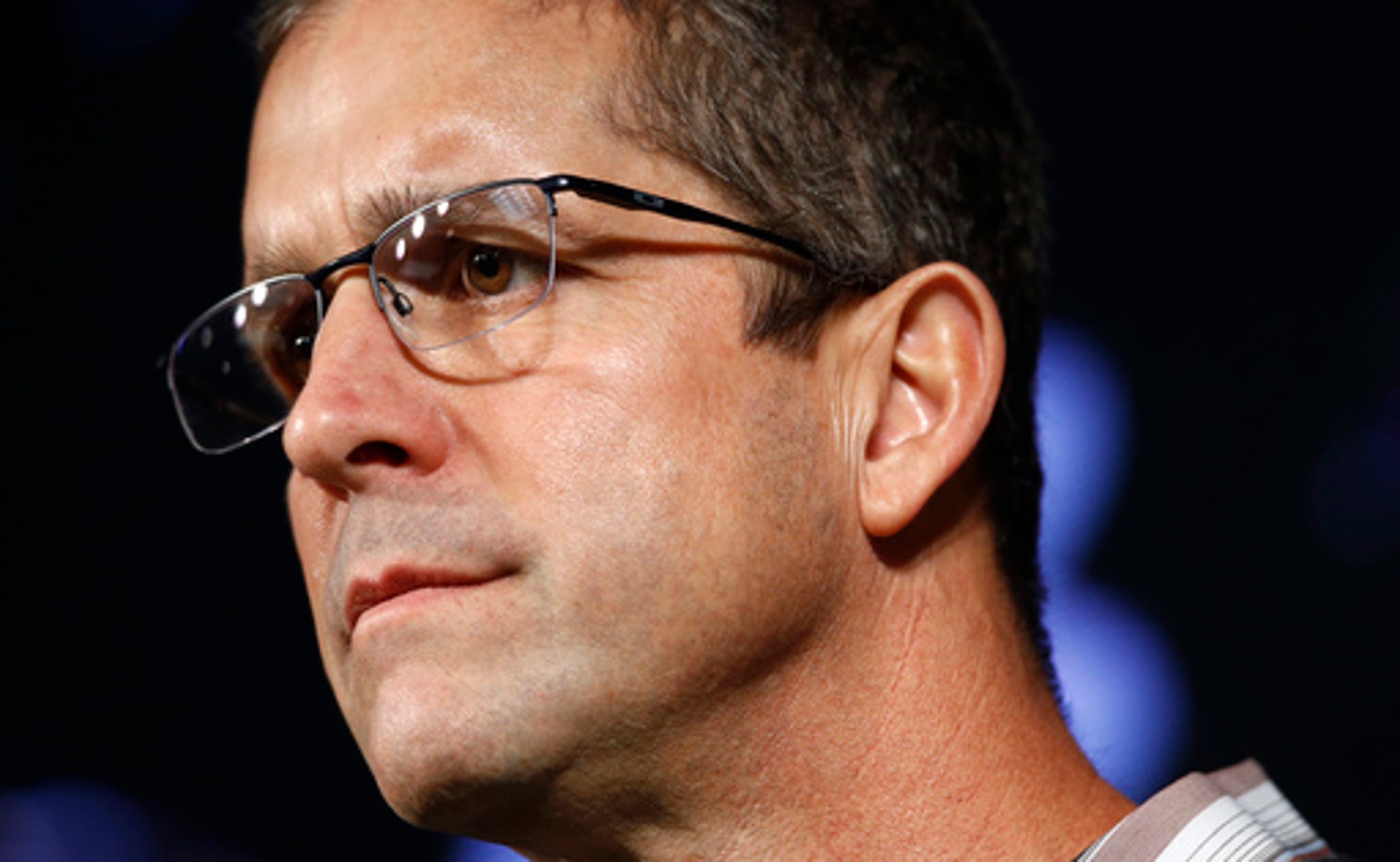 OWINGS MILLS, Md. (AP) Forced to assess the 2017 season far sooner than anticipated, Ravens coach John Harbaugh acknowledged changes must be made for Baltimore to snap its three-year run missing the playoffs.

He will not, however, shuffle the coaching staff.

Harbaugh will fill the void left by the retirement of defensive coordinator Dean Pees, but said Thursday he will bring back offensive coordinator Marty Mornhinweg and attempt to keep the rest of the staff intact unless ''guys get opportunities to go somewhere and do some different things.''

Pees announced his retirement Monday, less than 24 hours after the Ravens (9-7) were bounced from the playoff chase with a 31-27 loss to Cincinnati.

The in-house contender for the coordinator job is Ravens linebackers coach Don Martindale. Chuck Pagano, fired as head coach of the Indianapolis Colts on Monday and Baltimore's defensive coordinator in 2011, is also among those being considered.

Asked to describe what he's looking for from Pees' successor, Harbaugh replied: ''Definitely continuity. I'm a believer in this system. I think this system has been something that's been developed over a long period of time, and we have worked really hard every single year to make it better. We've evolved it and grown it, and I think you see the results.''

The Ravens have long been known for their defense, and this year that unit was the strength of the team. Baltimore recorded three shutouts, led the NFL with 34 takeaways and ranked 12th in yardage allowed.

The offense, on the other hand, needs help. Harbaugh lauded the performance of quarterback Joe Flacco , who rebounded from a back injury to come on strong during the Ravens' late-season playoff push.

But the coach was unrelenting in his assessment of the wide receivers, noting that there were too many dropped passes and far too few big plays from a unit built around veterans Mike Wallace and Jeremy Maclin and featuring 2015 draft pick Breshad Perriman, who is thus far a first-round bust. Baltimore ranked 29th in net yards passing per game (189.4).

''That's an area we've got to look at really hard,,'' Harbaugh said. ''The passing game wasn't where it needed to be.''

Tight end Benjamin Watson led the team with 61 catches and six touchdowns. Wallace and Maclin combined for only seven scores, and Baltimore had only five catches of at least 40 yards.

''We want to get playmakers. That's something that we need,'' Harbaugh said. ''We're going to add players. It's not to say that we can't add some players through free agency. That's the way that the salary cap works. The draft will be the major part of it.''

Covering a variety of topics in a session that lasted nearly 40 minutes, Harbaugh said he and owner Steve Bisciotti, along with general manager Ozzie Newsome, are looking forward to improving upon a three-year stretch in which the team has gone 5-11, 8-8 and 9-7.

''Our focus is on, can we be better tomorrow than we were today? And that's just the truth of it,'' Harbaugh said. ''To me, that's our focus. It's not looking back and saying, `Hey, we didn't do this or we didn't do that.' Everybody is full speed ahead to be the best we can be, and has been for the last three years.''

Had Cincinnati's Andy Dalton not thrown a 49-yard touchdown pass on a fourth-down play with 44 seconds left, the Ravens would have spent this week preparing for the playoffs amid a city bathed in purple. Instead, Harbaugh was left trying to appease a fan-base that responded to mediocrity and the team's take-a-knee stance during the national anthem on Sept. 24 by staying away in record numbers on Sundays.

''We understand our fans. We understand what they respect,'' Harbaugh said. ''And we want nothing more than to get it there, so we can have that moment, we can complete that pass and we can have the whole city going crazy and dancing in the streets. That's what we're fighting for.

''I wanted it to happen this year. I wanted it to be the miracle year this year. Maybe we could have done it, and then all of a sudden, it's not to be. OK, are we going to lament it and look back and beat ourselves up, find reasons that aren't there and point fingers? That's not what I'm going to do. That's not what leaders do. Let's go to work.''