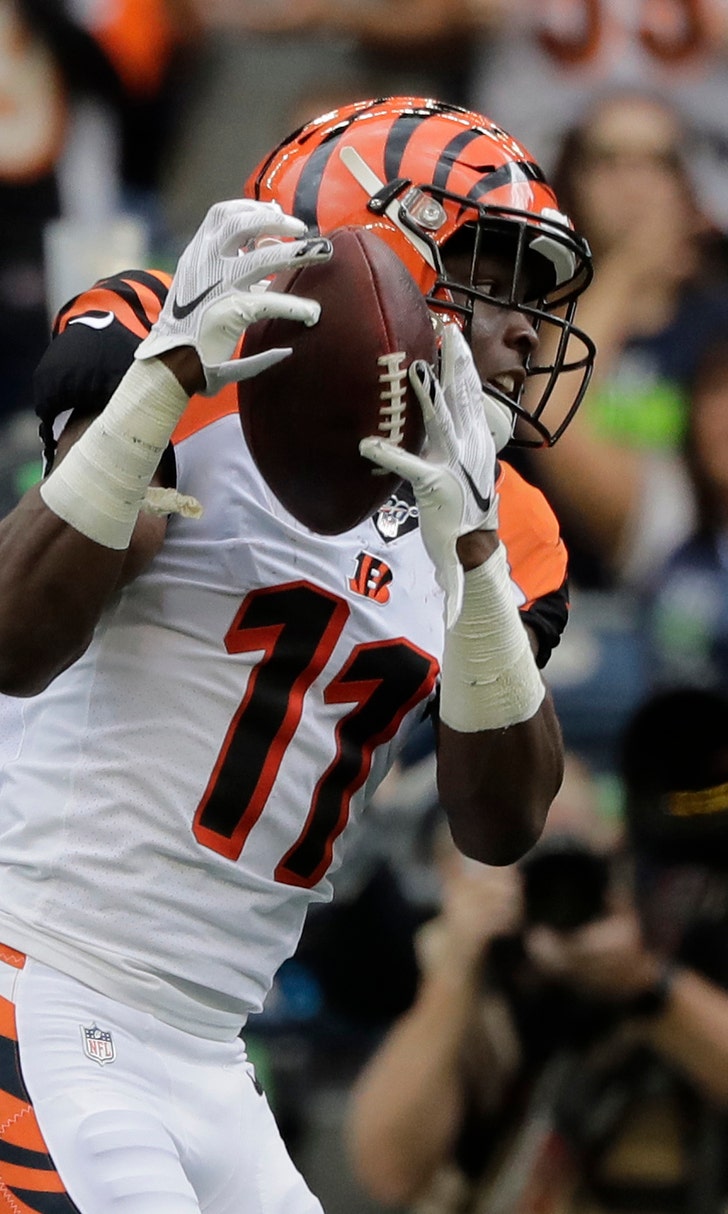 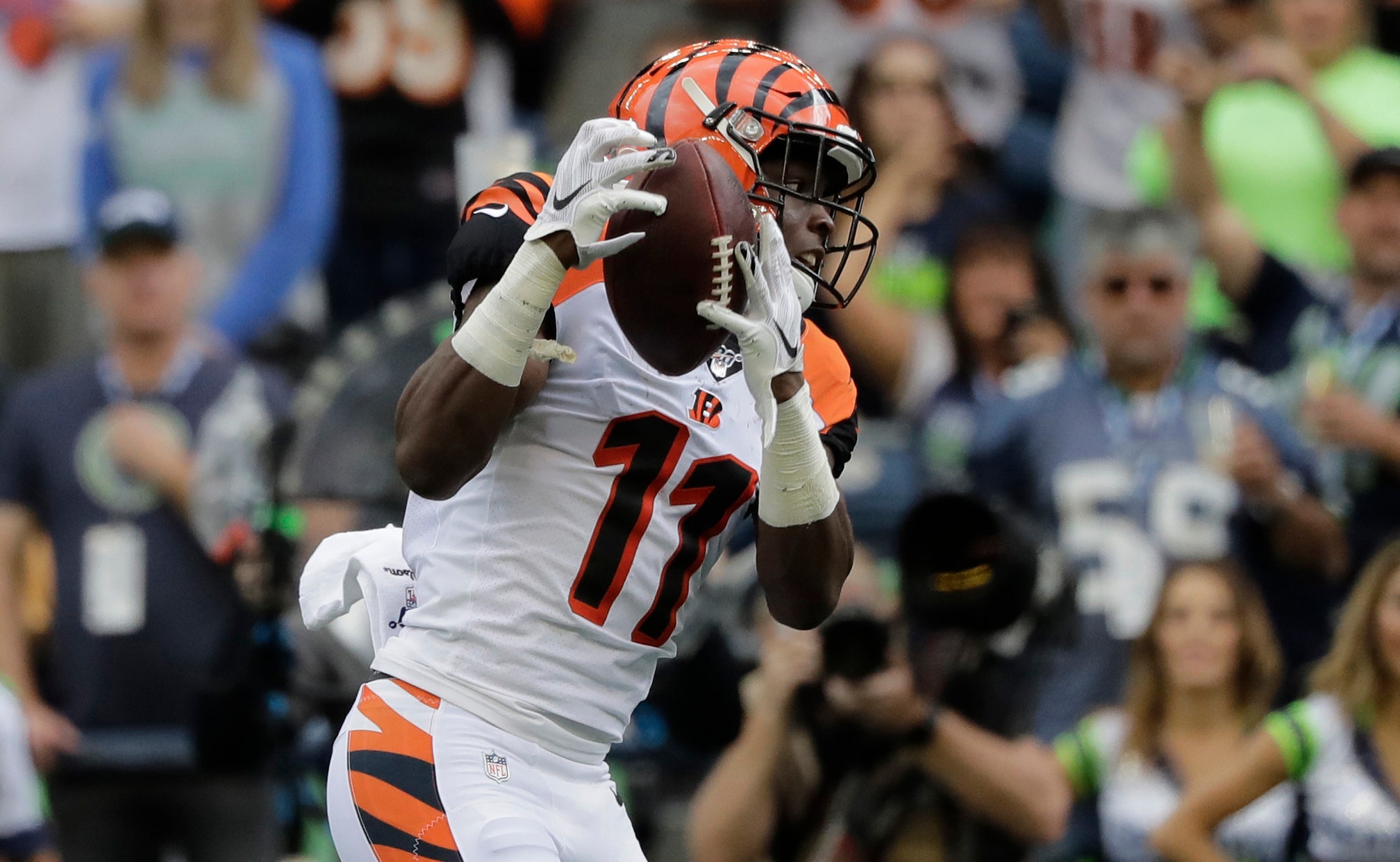 CINCINNATI (AP) — John Ross III had a clear path down the sideline to the end zone. All the receiver had to do was catch the ball and turn on his record-setting speed.

Instead, the ball deflected off his hand. Ross jumped and waved his arms in frustration — not the first time this has happened in his injury-filled career. The Bengals' opener was looking like more of the same for the first-round draft pick.

Until the next play, that is.

This time, Ross ran free and caught a 55-yard touchdown pass from Andy Dalton during a 21-20 loss in Seattle on Sunday, the highlight of his biggest day in the pros. The third-year receiver finished with seven catches for 158 yards and a pair of touchdowns, all career highs. His first touchdown came on a flea-flicker play.

That's more like what the Bengals expected when they took him with the ninth overall pick in 2017.

"I've got to go out and continue to perform like I did last week," Ross said. "But I will say it's a step forward, and I've just got to keep taking those steps forward."

The Bengals drafted Ross to provide another deep threat along with A.J. Green. Speed was the biggest enticement — Ross set an NFL combine record with a 4.22-second time in the 40-yard dash. But a shoulder injury and a knee injury limited him to three games and one start as a rookie, when he had no catches and fumbled the only time he touched the ball on a running play.

A groin injury limited him last season, when he started 11 games and finished with 21 catches for 210 yards and seven touchdowns. This year, a hamstring injury wiped out most of his training camp — he didn't play in a preseason game — and left everyone wondering when he'd get healthy and how he'd fit into first-year coach Zac Taylor's new offense.

Through one game, it's a perfect match.

"I think a lot of things played into what was going on," Ross said, referring to his entire career. "Me not being able to be healthy the last two years, that's something I'm working on. And this is a different offense."

The Bengals need him to emerge while they wait for Green to return from ankle surgery sometime in the season's first half.

"We feel like he's a great fit for how we want to operate on offense, and his skillset is a really good fit for what we do," Taylor said. "That was a good first game for John to get going and see that, 'All right, I can have a lot of success doing the things they want me to do.'"

The Bengals used a lot of screens and short passes against the Seahawks, taking advantage of completions that Seattle was conceding at times. The Bengals caught them by surprise with the 33-yard flea flicker for Ross' first score, as he got beyond the coverage for an easy touchdown.

Although it was a good first showing on offense — 429 yards — the Bengals couldn't make enough plays in the second half to pull off the upset. The solid showing provided optimism that an offense that has been among the league's worst the past two seasons will be more formidable in Taylor's system.

And Ross will be a featured part of it.

"It feels good to know that I'm supposed to be in this offense, that I can make plays," Ross said. "The worst part about it is you do all that and you take a loss. It kind of means nothing."

The Bengals signed linebacker LaRoy Reynolds and waived defensive end Jordan Willis on Tuesday. Reynolds has played for the Jaguars, Bears, Falcons and Eagles. He was with the 49ers in preseason but was released in the final cuts. Cincinnati opened the season with only four linebackers but have depth on their line. Willis, a third-round pick in 2017, has appeared in 32 games with two sacks. He was inactive Sunday at Seattle. The Bengals host San Francisco on Sunday.