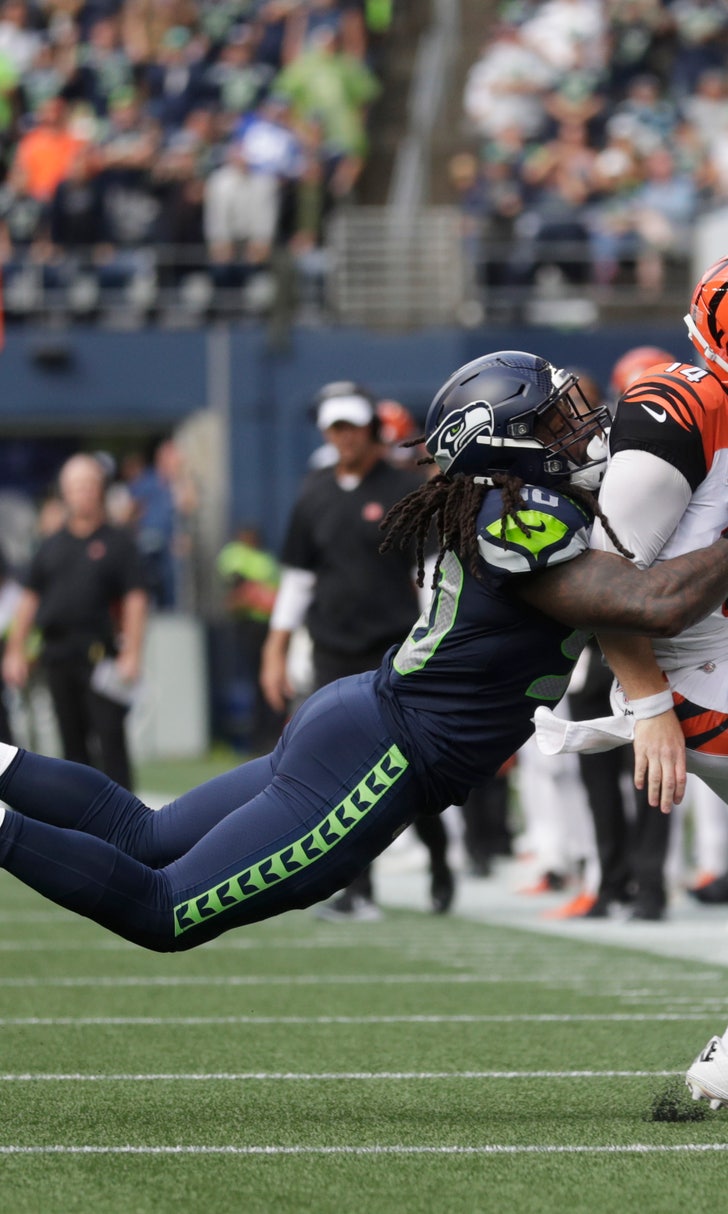 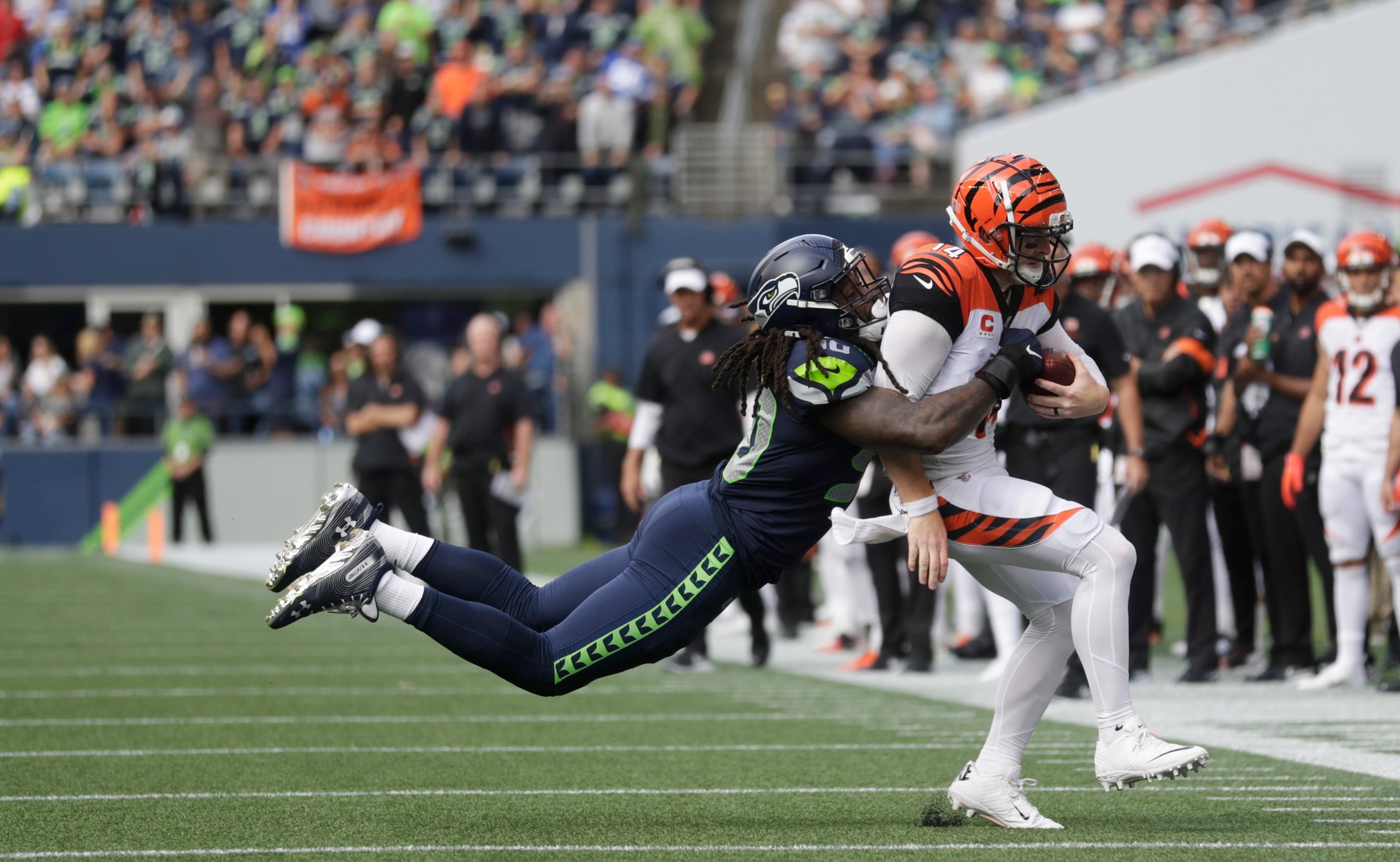 Career day by Dalton not enough as Bengals fall to Seahawks

SEATTLE (AP) — Andy Dalton will be perfectly fine if this is how Zac Taylor wants to operate as the head man in Cincinnati.

Trust in Dalton. Put the game on his right arm when the situation calls for it and see what happens.

It nearly led to an unlikely upset to open the regular season.

"We did a lot of good things, from an effort standpoint, the way we fought the whole game," Dalton said. "Very pleased with everybody and it's unfortunate that we came out with a loss in this one because there are a lot of good things that happened in this game. But in the end we just didn't make the play that got us over the top."

Taylor's tenure in Cincinnati nearly started with a victory, but the Bengals failed to capitalize on a handful of second-half opportunities and dropped a 21-20 decision to the Seattle Seahawks on Sunday. As much as the Bengals booted away opportunities to escape with the upset, there was a long list of positives to take from Taylor's debut.

Cincinnati led into the fourth quarter. Its makeshift offensive line held up for the most part against Seattle's pass rush. After two seasons of waiting, John Ross emerged with a career day. And Dalton directed the offense to a career-best 418 yards passing.

It was not enough against the Seahawks. It was something to build on going forward.

"No question, we feel like we're just scratching the surface," Taylor said.

Dalton had won in Seattle before. He was 2-0 in his career against the Seahawks and was willing to take on the challenge of passing the Bengals to a victory. It nearly worked.

Seattle was intent on not letting Joe Mixon control the game on the ground and that was before Mixon suffered an ankle injury in the third quarter and did not return. Mixon was limited to 10 yards on six carries and Cincinnati had just 34 yards rushing total.

Even with the commitment to stop the run, Seattle was unsure what Taylor would dial up in the passing game. As Pete Carroll described it, Seattle was willing to "rope a dope" a bit and allowed the Bengals to find underneath gaps in the zone coverage. So Dalton was likely to have a good day through the air no matter what.

"We had some advantage there, for us nobody really knew what we were going to be," Dalton said. "This is still just one game, there is more out there for us. Early in the season that's going to be our advantage."

But when Dalton hit a couple of big plays, it suddenly became a career day and a chance for Cincinnati to pull off the unlikely victory. The first one was a 33-yard TD pass to Ross on a flea-flicker in the second quarter. Then in the final seconds of the first half, Dalton hit Ross on a 55-yard touchdown when Seattle safety Tedric Thompson misjudged his leap to deflect the pass.

"A brand new offense with a lot of stuff in their background that they could have done, so we just wanted to make sure we controlled it," Carroll said. "That's why those two big plays stand out so much. That was supposed to be eliminated by the way we played it and unfortunately they got a couple of them."

Ross finished with seven catches for 158 yards. He had 210 yards receiving all of last season, and said it did mean more to do it in Seattle, where he was a college star across town at Washington.

"I can honestly say I lost confidence in myself the last two years. Now I come with a different mentality, and now I've got to go out there and continue to believe in myself," Ross said.

Ultimately, the Bengals missed too many opportunities in the second half to pull off the upset. They had three possessions inside the Seattle 36 in the third quarter and failed to score. In the fourth quarter, the Bengals had first-and-goal at the Seattle 4 and settled for a field goal.

"There are opportunities there that we feel like we left out there," Dalton said. "There are going to be things that we're going to look at and think, 'man,' but there were a lot of positives from it. Just got to make the play to win."