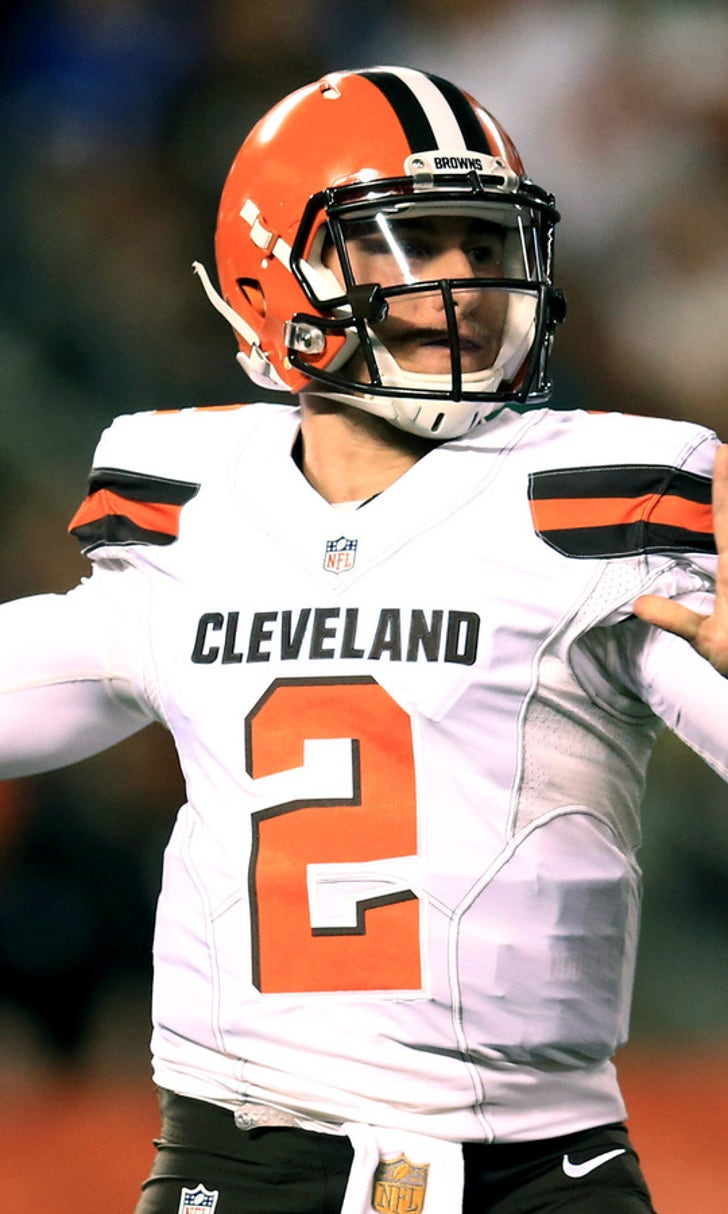 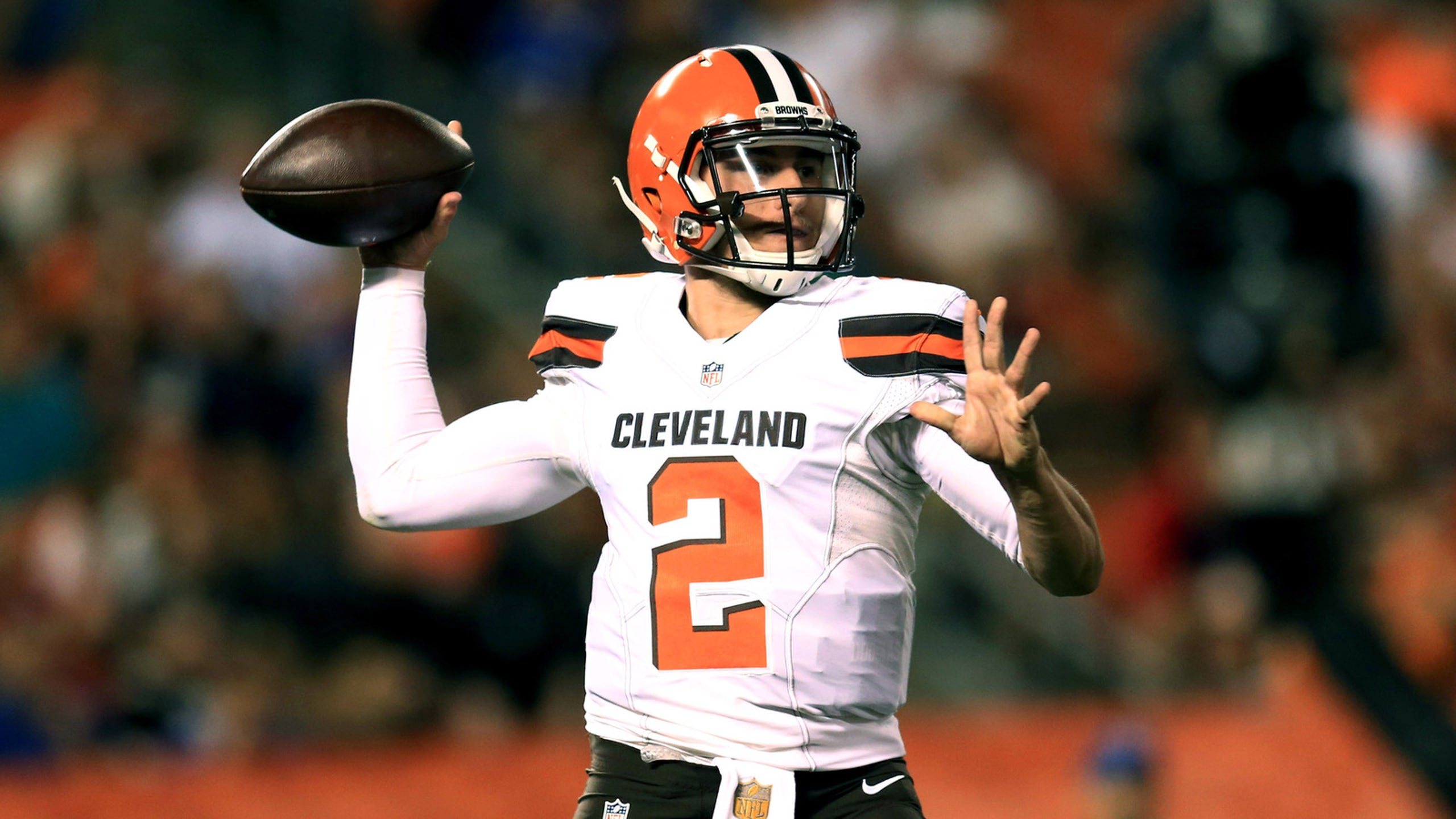 Analyzing the good and not-so-good from Browns' preseason 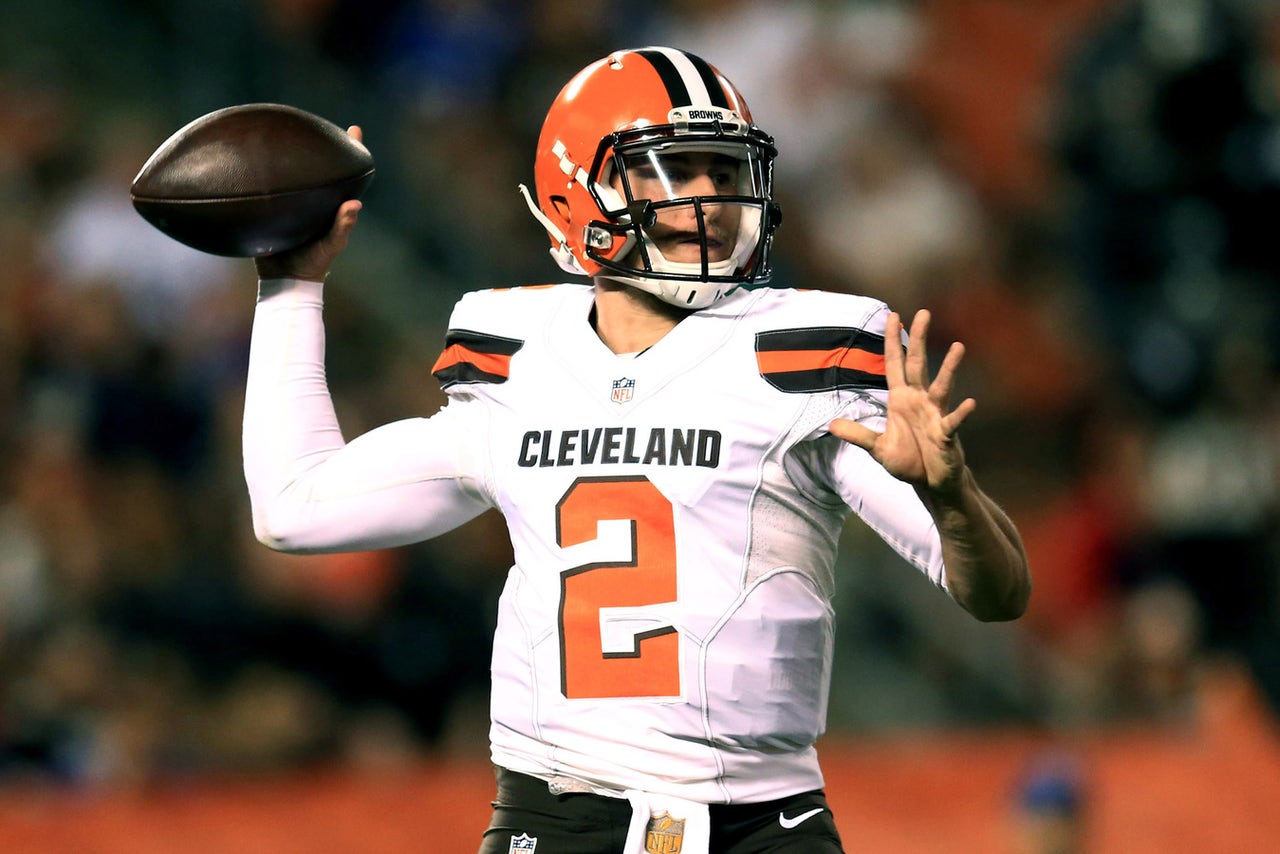 The Cleveland Browns are 0-2 in their first two preseason games, losing 20-17 to the Washington Redskins and 11-10 to the Buffalo Bills. They will finish up their preseason schedule on the road to the Tampa Bay Buccaneers and the Chicago Bears. While the scores do not matter — as a scout told our Will Gibson, the preseason is about evaluating talent — the Browns have had plenty of moments worthy of discussion.

Let’s take a look at some of the players and aspects of the Browns 2015 preseason thus far that are either good or less so.

The Browns 2015 first round pick has been very good so far in the preseason as well as training camp. In two games, Danny Shelton only has two tackles, but he has helped plug up the middle of the defensive line. He has consistently been able to get penetration in the backfield, using his brute strength to bull rush through offensive linemen. Shelton has shown why he was considered the best interior defensive lineman in the 2015 NFL Draft.

Johnny Manziel has shown a lot of growth this preseason from his terrible rookie season. He has gained praise for his improved focus and play during training camp. It has carried over to the preseason games with Manziel completing 58.6 percent of his passes for 160 yards and one touchdown, along with rushing for 33 yards and a touchdown. Manziel has given fans and the team a little bit of hope that he could turn his career around after a rough start.

Brian Hartline has shown in practice and the preseason games that he is a reliable receiver for Josh McCown. In two games, he has five receptions for 48 yards. He runs crisp routes and has good hands to make a tough catch. Hartline adds size and experience to the wide receiver position for the Browns.

Browns punter Andy Lee has played extremely well in the first two preseason games of the year. He has averaged 45.0 yards per punt, along with landing five of his eight punts inside the 20-yard line. He has shown that he has a good leg with great accuracy to pin opponents into tough field position. Lee has been a very good pickup for the Browns.

Receiver Travis Benjamin has shown that he is not only a dangerous punt returner. As a receiver, he has three receptions for 16 yards and a touchdown in the two preseason games. Last season he struggled mightily returning punts. He has looked more confident early on, but he still needs to show that he can return his dangerous form from a few years ago. His speed is a unique skill that few in the league can match.

Tight end E.J. Bibbs has been one of the more interesting players to watch this preseason. In two games, he is tied with the most receptions on the team with five, taking those five receptions for a total of 43 yards. Bibbs has unique athleticism for a tight end, along with very good hands to snatch the ball out of the air. He has shown that he could be a contributor for the Browns offense this season.

Ibraheim Campbell is another one of the many rookies for the Browns who has played pretty well early on the preseason. He has eight tackles so far in two games for the Browns. Pro Football Focus has given him the second highest grade on the Browns defense for his two preseason performances. Campbell has played well against the run and pass, but he excels at going downhill and making plays in the run game.

The Browns interior defensive line has clearly looked a lot better than last season. The additions of Danny Shelton and Randy Starks have shown early positive returns in terms of clogging the middle of the line against the run. Last season, the line struggled against the run, allowing teams to rush right down their throat. It is a definitely a positive sign for the Browns run defense.

The Browns wide receiver depth may not feature Pro Bowlers, but it has a number of players up and down the depth chart who can make a contribution on offense. The front office and coaches will have a tough time deciding on who they will keep and who they will have to cut. Brian Hartline, Dwayne Bowe, Andrew Hawkins, Taylor Gabriel and Travis Benjamin seem be solid to make the team. That leaves one or two spots for Marlon Moore, Vince Mayle, Terrelle Pryor, Darius Jennings and Shane Wynn.

The Not So Good

Corner Justin Gilbert has probably had the toughest preseason amongst all the Browns players. He struggled in coverage against Washington Redskins, allowing multiple occasions where the receiver is able to get open down field. In practice, his struggles continued against the Buffalo Bills, getting beat multiple times in coverage drills. It has gotten even worse for him because he has missed practices and the second preseason game with an injury.

The Browns fourth round pick in the 2015 NFL Draft has not gotten off to a good start in the preseason. In two games, Vince Mayle has three catches for 35 yards. Receiver Mayle has shown his biggest weakness, catching the ball, multiple times during the preseason games. He has not flashed much to distinguish himself from the other receivers fighting for one of the few spots on the team. He may be on the short end of the stick in terms of making the team, unless he can show more promise in the final half of the preseason.

I had high hopes for tackle Michael Bowie coming into the season. I thought he could push Mitchell Schwartz for the starting right tackle spot, but he has not shown the ability to do that yet in the preseason. Pro Football Focus has given Bowie the fourth lowest grade amongst all the Browns offensive players in the first two preseason games. He has struggled both in run and pass blocking.

Corner Johnson Bademosi may be an excellent special teams player, but he is surely not a good player on defense. He has struggled in coverage as a cornerback, allowing six receptions for 84 yards in the two preseason games, according to Pro Football Focus. Bademosi does not have the talent to be a contributor on defense, with his only chances of making the squad coming as a special teamer.

Scott Solomon received a lot of praise over the offseason, but so far this preseason, he has not lived up to his praise. In two games, he has four tackles and has received the third lowest grade on the Browns defense from Pro Football Focus. Solomon has shown no sign of a pass rush and has even been average in run defense, which is his strongest skill.

Terrelle Pryor makes the not so good list, not for his poor play, but for his lack of play. He has just not been able to show anything because he has been on the sideline nursing an injury. His chances of making the team has declined after every day he is sitting on the sidelines. I am not sure he can make up the gap that was made when he has been out with an injury.

Like Terrelle Pryor, Duke Johnson makes the list because of his inability to participate in practices and the preseason games. Johnson has not been able to compete against Isaiah Crowell and Terrance West for the starting running job. He will have to quickly show some good performances in order to catch up with the two sophomore backs. Johnson will obviously make the team, but his chances of starting at running back have decreased with every day he has been out.

The Browns have suffered an immense amount of injuries during training camp and the preseason games. On many occasions during practice, the players on the bikes nursing injuries have looked like a small group of bicyclists in the Tour de France. The injuries have limited the ability for the coaches to see what their full group can do together. It has been tough for the coaches to evaluate their team and see what they have at full strength.

The Browns have not been able to generate consistent pressure from their starting defensive team, besides Paul Kruger. In many situations the Browns would have good coverage during the preseason games, but the lack of a pass rush would allow the opposing quarterback to have an extended amount of time to find an open receiver. This is one of the main causes for the Browns bad third down defense I will touch on in my next item. The Browns will need to find other defenders, besides Kruger, who can put pressure on the opposing backfield.