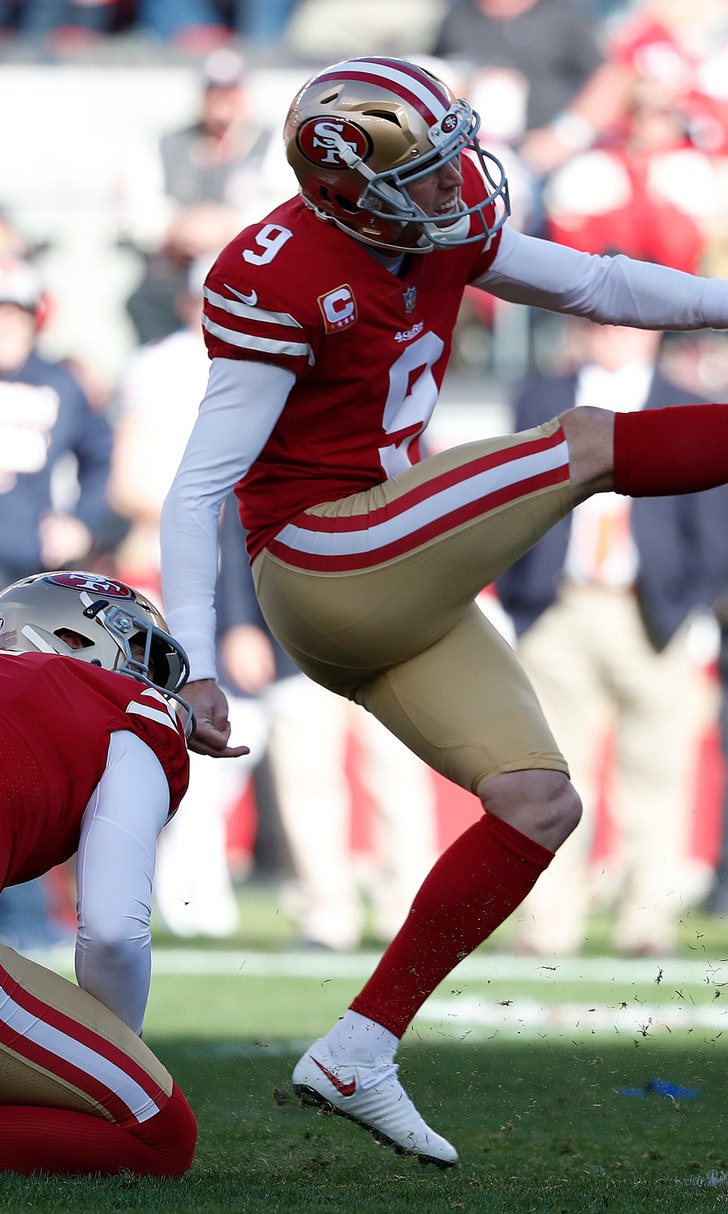 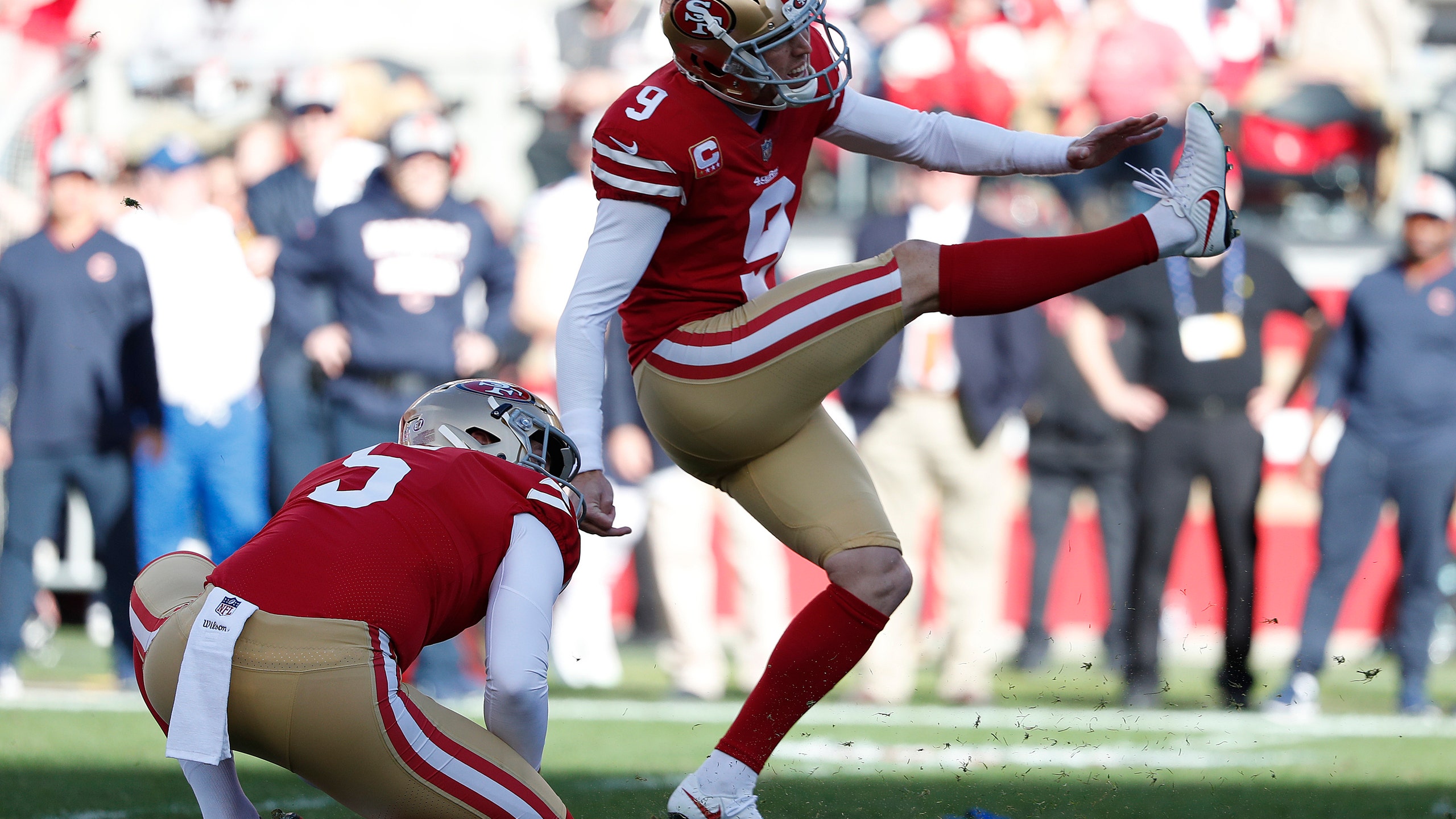 SANTA CLARA, Calif. (AP) — The San Francisco 49ers placed the franchise tag on kicker Robbie Gould on Tuesday, keeping him locked up for the 2019 season for a price tag of about $5 million.

Gould has been the NFL's most accurate kicker during his two seasons with San Francisco and could have been a target to return to the Chicago Bears if he hit the open market.

The Bears are planning to release kicker Cody Parkey after he missed a field goal off the left upright and crossbar in the closing seconds of a 16-15 wild-card loss to Philadelphia at home last month.

Gould, 36, was at the game with his family, which has remained in the Chicago area even after the Bears released him following the 2015 season. But with few key projected free agents on their roster, the 49ers decided to use the tag on one of their most reliable players.

In two seasons with San Francisco, Gould has made 72 of 75 field goal attempts and 55 of 59 extra points. He leads the NFL in made field goals and field goal percentage over that span.

Gould missed only one of 33 field goal tries last season when he set the 49ers record for single-season accuracy. His career mark of 87.7 percent ranks second in NFL history to Baltimore's Justin Tucker among players with at least 100 made field goals.

Gould converted more than 85 percent of his field goals and missed just four of his 383 extra points as a member of the Bears from 2005-15. He amassed 1,207 points before general manager Ryan Pace and former coach John Fox let him go just before the start of the 2016 season.

In the three years since, he has combined to make 82 of 85 field goals for the New York Giants and San Francisco 49ers. Chicago kickers, by comparison, are 57 of 75 in that span.