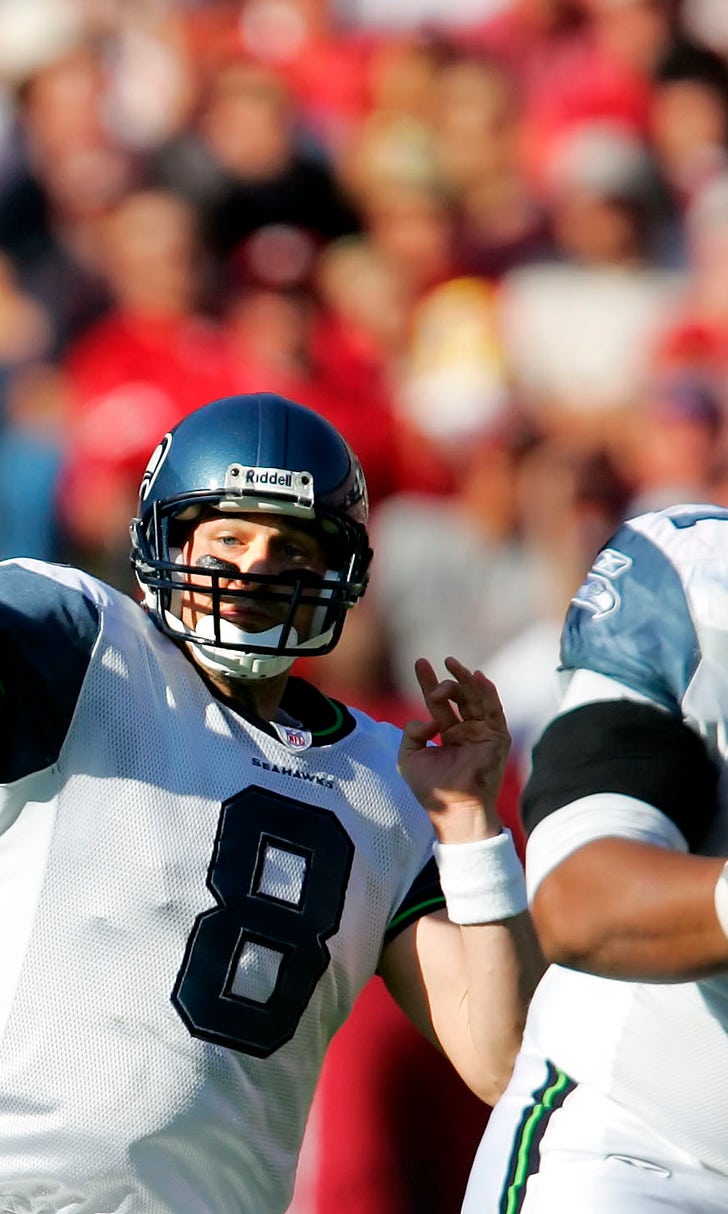 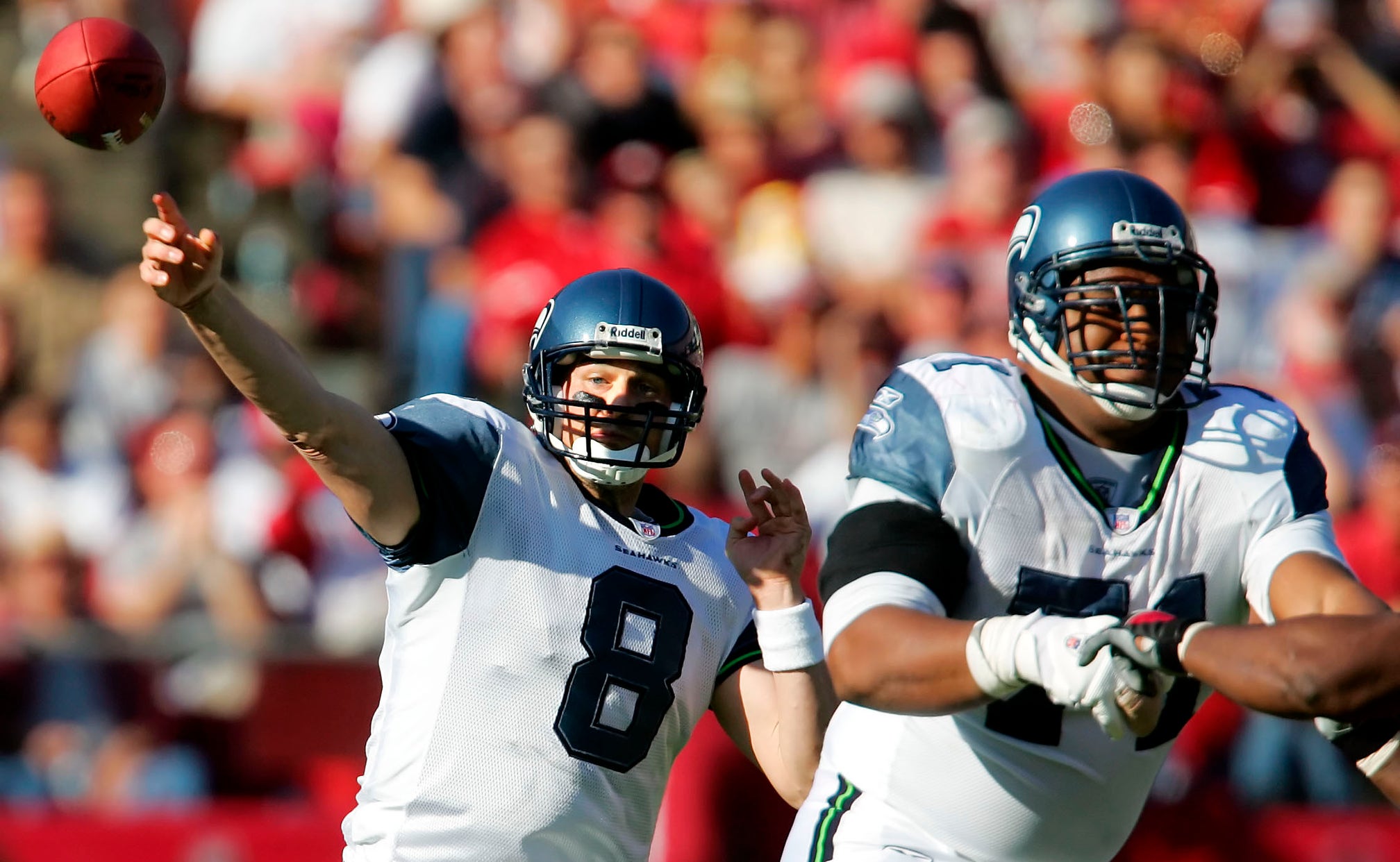 4 Hall of Famers among top draft picks in Seahawks' history

RENTON, Wash. (AP) — BEST FIRST-ROUND DRAFT PICK: Three former first-round picks by Seattle already are in the Pro Football Hall of Fame, with a fourth set to be inducted later this year. With all due respect to safety Kenny Easley (No. 4 in 1981), the late Cortez Kennedy (No. 3 in 1990) and Steve Hutchinson (No. 17 in 2001), the nod goes to left tackle Walter Jones. While Easley, Kennedy and Hutchinson were dominant players at their positions, Jones is in the conversation as the best left tackle of all time. Jones was the second of Seattle’s two first-round picks in 1997, selected at No. 6 overall.

BEST SECOND-ROUND DRAFT PICK: LB Bobby Wagner. The 2012 draft defined so much for Seattle. Sandwiched between a surprise first-round pick of Bruce Irvin and the third-round shock of drafting Russell Wilson was Wagner. He was a starter from the moment he walked into the facility, has become a five-time All-Pro selection and seems on his way to Canton. Runner-up is Hall of Fame center Kevin Mawae (1994).

BEST LATE-ROUND DRAFT PICK: CB Richard Sherman. Never afraid to talk a big game, Sherman backed it up on the field and became one of the best cornerbacks in the NFL. A member of the league’s All-Decade team for the 2010s, Sherman was selected in the fifth round in 2011. He was a three-time first-team All-Pro selection during his time with the Seahawks. Honorable mention goes to DE Michael Sinclair (6th round in 1991) and S Kam Chancellor (5th round in 2010).

WORST FIRST-ROUND DRAFT PICK: For all the good first-round picks Seattle has made, there are some bad misses. Simply because of the position played and spot selected, let's go with QB Rick Mirer. He was taken No. 2 overall in 1993 right behind New England’s pick of Drew Bledsoe. Mirer was 20-31 in 51 career starts for Seattle and had 56 interceptions to 41 touchdowns in his four seasons with the Seahawks.

WORST SECOND-ROUND DRAFT PICK: DT Malik McDowell never played a down for Seattle after being selected early in the second round in 2017. McDowell was seriously injured in an ATV accident shortly before training camp. He was supposed to be a key cog on the middle but instead his injury led to the Seahawks making additional moves to bolster the position.

BEST DRAFT TRADE: With current GM John Schneider involved, there are so many trades it’s not easy to pick just one. So let's go with a trade that didn’t involve Schneider. In 2001, the Seahawks needed to solidify their quarterback situation. They traded the No. 10 overall pick plus a third-rounder to Green Bay for backup QB Matt Hasselback and the No. 17 overall pick. With that 17th pick, the Seahawks took Hutchinson. Four years later, with Hasselback under center and Hutchinson anchoring the offensive line, the Seahawks won their first NFC title.

WORST DRAFT TRADE: The Seahawks traded their 2007 first-rounder to New England for wide receiver and 2005 Super Bowl MVP Deion Branch early in the 2006 season. That cost Seattle a first-round pick at a time it could have used it. Branch had a mostly forgettable tenure in Seattle, with 190 catches and 15 TDs across parts of five seasons. As for the 2007 draft, of the eight selections Seattle made, only one — third-rounder Brandon Mebane — became a full-time starter.

DID YOU KNOW THEY ONCE DRAFTED?: Dan McGwire was Seattle’s first-round pick in 1991. The quarterback out of San Diego State was taken No. 16 overall, though he was better known at the time as the younger brother of baseball slugger Mark McGwire. Despite being a first-round pick, McGwire never got much of a chance in Seattle. He started five games over four seasons with the Seahawks.