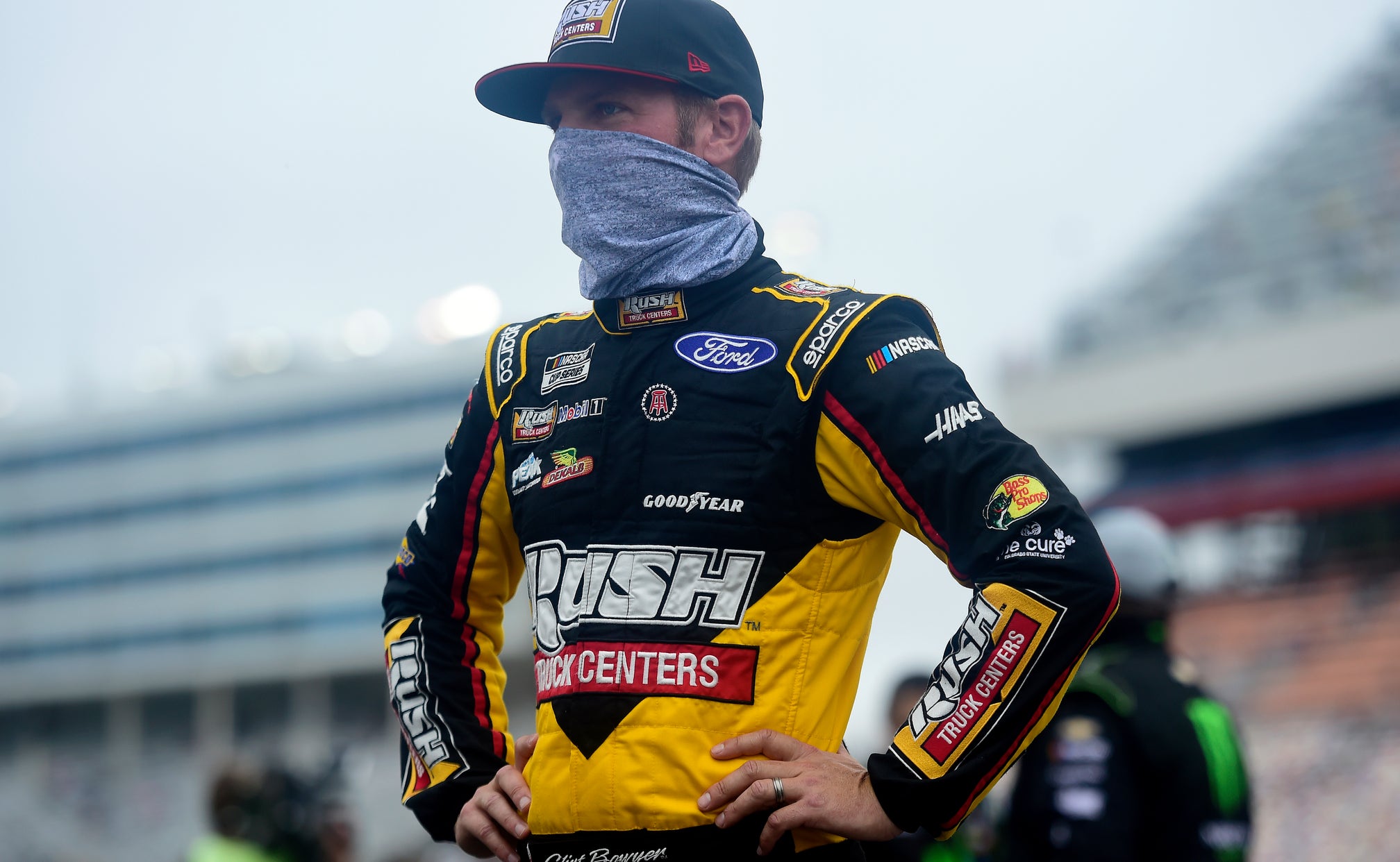 Clint Bowyer didn’t want to leave racing. If that meant driving for another team in 2021, he desperately wanted to be part of the show.

However, when he learned he could be part of the show from the booth, he decided he could finally leave the driver’s seat after 15 years of full-time Cup competition.

“Was I ready? I was getting ready,” the 41-year old Bowyer said about retirement. “I was getting close to being ready. Was I ready after this pandemic and this COVID year of no fans and a weird way to go out?

“No, and I don’t think probably Jimmie Johnson was either, but was I looking for that 'what’s next' moment or opportunity? And that answer is absolutely, ‘Yes.’”

Bowyer will join Mike Joy and Jeff Gordon in the FOX Sports booth for Cup telecasts starting next season.

While he made the second round of the playoffs in each of the last three years, Bowyer probably could see that Stewart-Haas Racing eyed replacing him with up-and-comer Chase Briscoe and he likely would not race for a team with the depth and winning record of SHR.

Knocked out of the playoffs Sunday at Charlotte, Bowyer finished second in the standings in 2012 – one of six times he has finished the year in the top 10 in the final standings – and has 10 career Cup wins.

“I love being a part of this sport,” Bowyer said. “That was so important for me. I didn’t want to just retire. If this opportunity with FOX didn’t come to the table, I was going to be in a car somewhere, somehow.

“I wasn’t going to just quit and run off into the sunset because I like this sport and I wanted to find my way and a future within it, and luckily this happened.”

If not for the pandemic, it might not have happened. Bowyer said he realized how much he enjoyed being part of the broadcast team when he was part of the iRacing telecasts. He also has worked several races this year as part of the Xfinity Series telecast.

“This pandemic led to that opportunity to get in the studio with Jeff and Mike and have a ton of fun doing those iRacing races ... That was a ton of fun for me and it opened my eyes up in a big way and it was just something that nobody expected that opened the door for this opportunity we took,” Bowyer said.

“[You get] more time with your family, still being a big part of this sport.”

It is fun for some to see Bowyer and Gordon together after the infamous fight between their crews after Gordon wrecked Bowyer at Phoenix in 2012.

Bowyer said their anger with each other didn’t linger all that long. Less than two months later, they infamously both ended up on the same yacht for New Year’s Eve in a party hosted by Sean “P. Diddy” Combs in St. Bart’s.

"People really think there’s more there than there ever was,” Bowyer said. "We had a couple run-ins in a year where it sucked, but I can tell you that we were always having fun off the race track at the year-end events at the playoff banquets and things like that."

Bowyer wouldn’t rule out getting back in a car in a substitute role if asked, but he seemed content with a life of not racing every weekend.

“You can’t just shut off being a race-car driver,” Bowyer said. “Are there tracks that I wish I never see again? Yes, but I’m probably going to see them anyway.

“I’m going to be there calling the races, but certainly there are some tracks that I’m really, really going to miss ... If an opportunity comes down the line and somebody was to be out or something like that, I would love to fill in if I could do a good job, and I know I could at some of those tracks, so who knows?”

And Bowyer also seemed content with his career, one that started in 2003 with a call from Richard Childress to the auto shop Bowyer was working in while also doing some ARCA racing.

“I had wonderful opportunities and raced for a lot of good organizations,” said Bowyer, who primarily drove for Childress, Michael Waltrip and Stewart-Haas. “I won races for all three manufacturers.

“That’s something that was super cool. I’ve done a lot. I’m proud of what I’ve done, and I’m satisfied, for sure. There’s no question about it.” 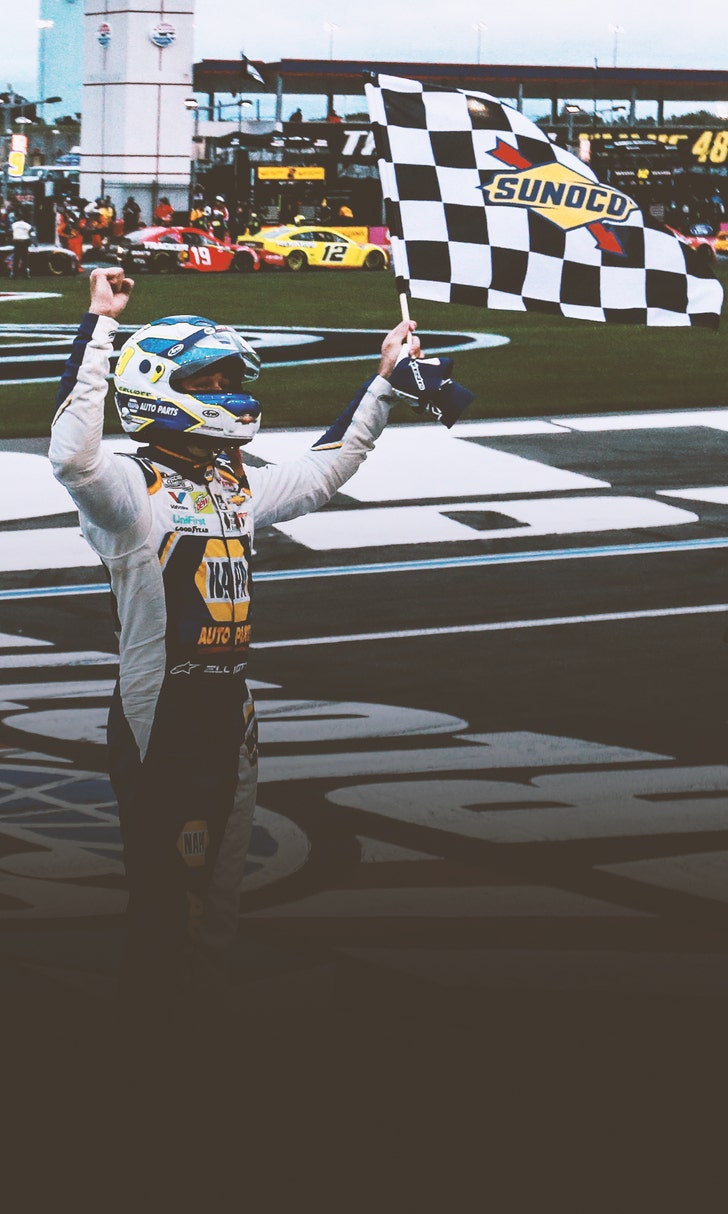 Winners Welcome
Next stop in the Cup playoffs? The final four. Bob Pockrass breaks it all down, as the NASCAR season enters crunch time.
October 12
those were the latest stories
Want to see more?
View All Stories
Fox Sports™ and © 2020 Fox Media LLC and Fox Sports Interactive Media, LLC. All rights reserved. Use of this website (including any and all parts and components) constitutes your acceptance of these Terms of Use and Updated Privacy Policy. Advertising Choices. Do Not Sell my Personal Info