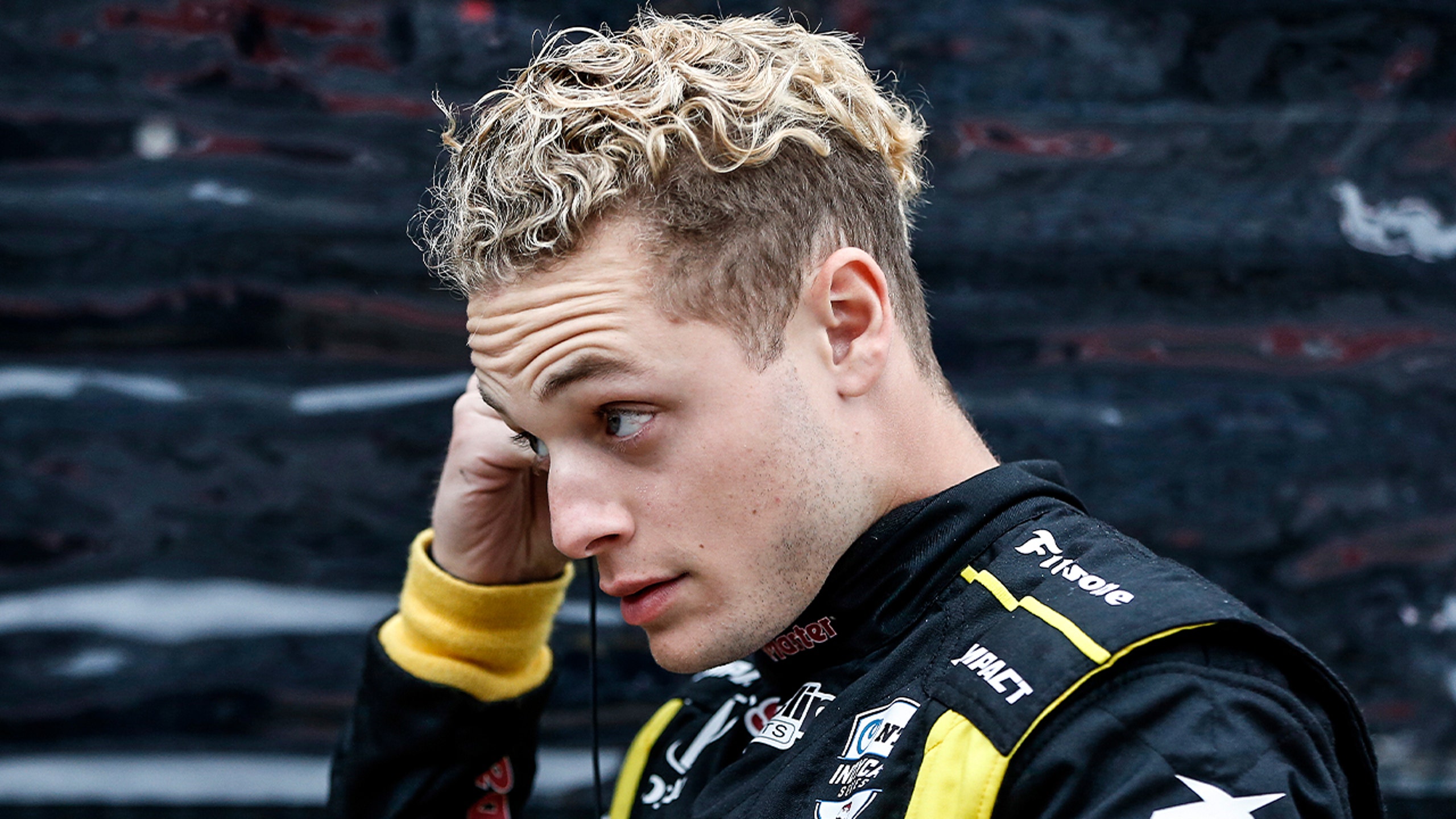 The perception of Santino Ferrucci is pretty easy to describe – just not in a family-friendly kind of way.

Let’s just say the 22-year-old Connecticut native is known not to give a darn about the feelings of other drivers when racing for position. If he has a move, he takes it.

Hurt feelings will be dealt with later.

That’s easy to do when drivers have confidence in their abilities. But now that Ferrucci will shift his career focus from open-wheel to NASCAR, he will have to mix in learning a new car with new ways to pass, alongside an attitude that has created a legion of fans and some enemies.

"I have a lot of respect for those guys," Ferrucci told FOX Sports about his transition to NASCAR. "I think the way that I race is how I will be raced back. I think there are a couple of people that might be out to get me.

"But trust me, I will enjoy the challenge. I’m not afraid to use the doors and the fenders."

For the casual NASCAR fan, the biggest memory of Ferrucci could be Dale Earnhardt Jr. gushing over his moves during Indianapolis 500 coverage. For those who have followed more IndyCar races, they know he has shown ability, but also an attitude, on the track. Off the track, he can be a promoter’s dream because he can generate excitement.

"I think I did really well in IndyCar with the highlight reel," Ferrucci said. "Obviously we kept the car in one piece all the time by doing it. We had that real aggressive attitude, how you described it earlier.

"Trust me – I plan to be just as entertaining when I enter into NASCAR."

Ferrucci will compete in approximately 20 races for the up-and-coming Sam Hunt Racing team in the Xfinity Series in 2021. The team, which has been building from its roots in NASCAR’s regional series, hopes to run full-time in 2021, with other drivers filling in the remaining 13 races. It gets engines from Joe Gibbs Racing and will get engineering support from Toyota Racing Development.

Before he begins his NASCAR career, Ferrucci heads to the Chili Bowl – the biggest race of the season for drivers of midgets (non-winged sprint cars) that attracts more than 300 drivers – for the second consecutive year. Last year, he had never raced a midget before, and he seemed to thoroughly enjoy the learning process while also not having great results.

So which Ferrucci will NASCAR fans see? Will it be the more cool vibe he had while in Chili Bowl in Tulsa, or the daring moves of a driver IndyCar fans have seen?

"I care about two things," Ferrucci said. "I want to get as many laps as possible and take care of my equipment. I will drive as aggressive as I need to, but you won’t see me take big risks.

"I want to finish races, but I want to still have that driving style that everybody saw me race with at the 500 this year, at Iowa and at Gateway. I still will be driving the normal way I would."

Expectations won’t be huge – Sam Hunt Racing competed in 10 Xfinity races last year with a best of 12th – and will give Ferrucci time to learn. Hunt, the team owner, is 27 and has found a driver he hopes his team can grow with, as well as a driver who feels comfortable with a team that has methodically progressed its program without trying to take bigger steps and falling.

"I have a ton of respect for the guys in the sport – it’s a very technical sport in NASCAR, a lot more than people and other drivers in other series give it credit for," Ferrucci said. "It is a lot of work.

"It is very mentally difficult. There’s a lot of preparation. The language is completely different."

Some would say that mentally is where Ferrucci needs to grow the most. Ferrucci spent some of his teenage years as the test driver for the Haas F1 Racing team, but learned that actions have consequences. Near the end of the 2018 season, he retaliated and crashed his Formula 2 teammate twice, getting suspended for two weekends (four races) and eventually fired from that ride.

He left his Formula 1 hopes behind and competed in IndyCar the last two years for Dale Coyne with Vasser-Sullivan. He had four fourth place finishes, including in the 2020 Indianapolis 500. But he felt the time was ripe for a move to NASCAR.

"I’ve always wanted to run NASCAR in my career, preferably when I was probably closer to 30 and more accomplished in open wheel," Ferrucci said. "But just looking at everything with COVID, sponsorship, and opportunities with a manufacturer to move forward, it just seems like a very good opportunity."

Ferrucci has talked with seven-time Cup champion Jimmie Johnson, who has helped him work with people in NASCAR that Johnson trusts.

"The few partners and sponsors I work with on a daily basis find NASCAR to be a little more attractive [with] the new car [in 2022) to level the playing field and the fact that NASCAR is going to more road courses," Ferrucci said.

"The atmosphere, working with Sam and working with Toyota. [Toyota] is so involved with the drivers. And NASCAR wants to get behind me as a driver – I am from a different world, I didn’t grow up with anything oval related in my background and I think the story is there."

Who knows if Ferrucci will be successful. A driver can’t have a Kyle Busch attitude without victories. But many fans want to see drivers with a chip on their shoulder, wanting a bullheaded determination that might not make the most friends.

Ferrucci could face the typical difficulties of most open-wheel drivers in a transition to NASCAR, which is finding the balance of driving the car to the point where it is uncomfortable and keeping it off the wall or from hitting other cars. Some of the most accomplished open-wheel drivers – Dario Franchitti, Sam Hornish, Juan Pablo Montoya – struggled to find the extra ticks of speed that would allow them to run consistently up front in Cup events.

That is where working with Hunt and Toyota comes in, with what he hopes is significant simulator time.

"With my ability and working with the correct people, ... I can really focus and adapt well and be pushed into the right direction to be competitive," Ferrucci said.

A document in D.C. Solar bankruptcy shows the company paid Chip Ganassi Racing approximately $20.5 million from 2016-18. Breaking it down: Two years as an Xfinity team sponsor (approximately $5 - $5.25 million per year), one year as a Cup team sponsor (20 primaries) w/select Xfinity races ($8.3 million) and one $2 million payment in advance of 2019 season.

"We have the ultimate goal of becoming a powerhouse team in the Cup Series, and we are excited to continue our team’s growth." – Kaulig Racing owner Matt Kaulig on a partial Cup schedule in 2021

Lifting Their Voices
On Martin Luther King Jr. Day, Bubba Wallace and other athletes reflected on using their platforms for social justice.
4 days ago