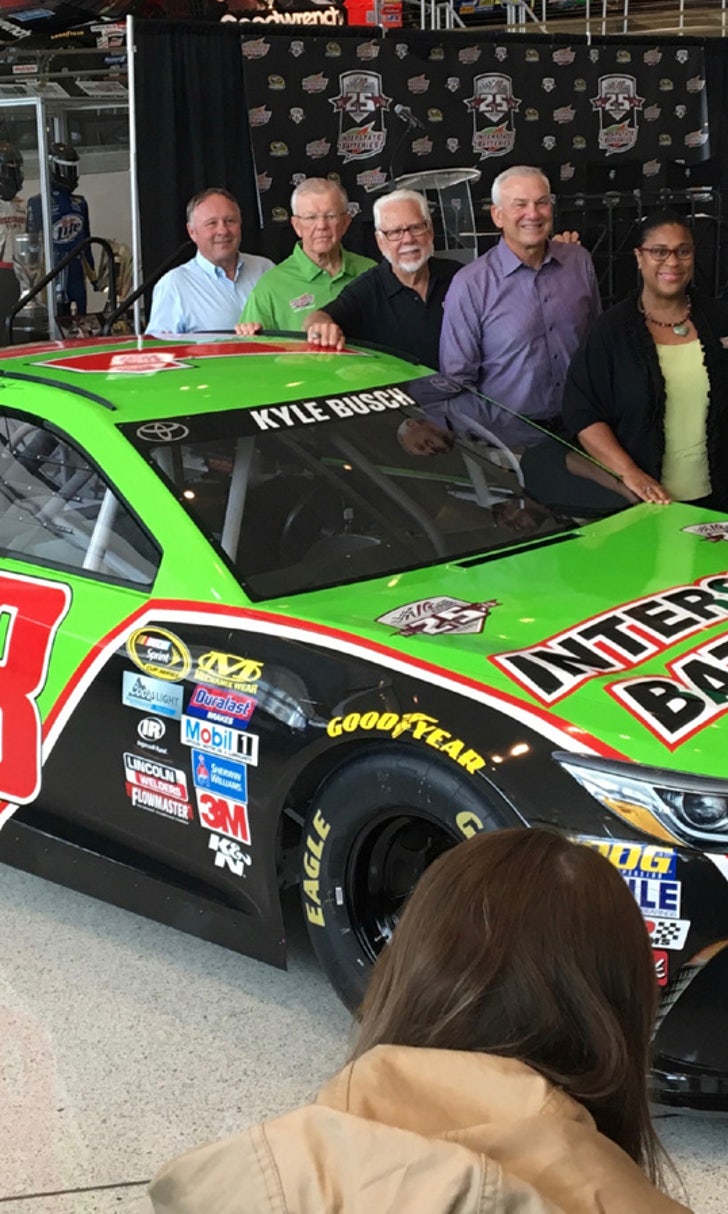 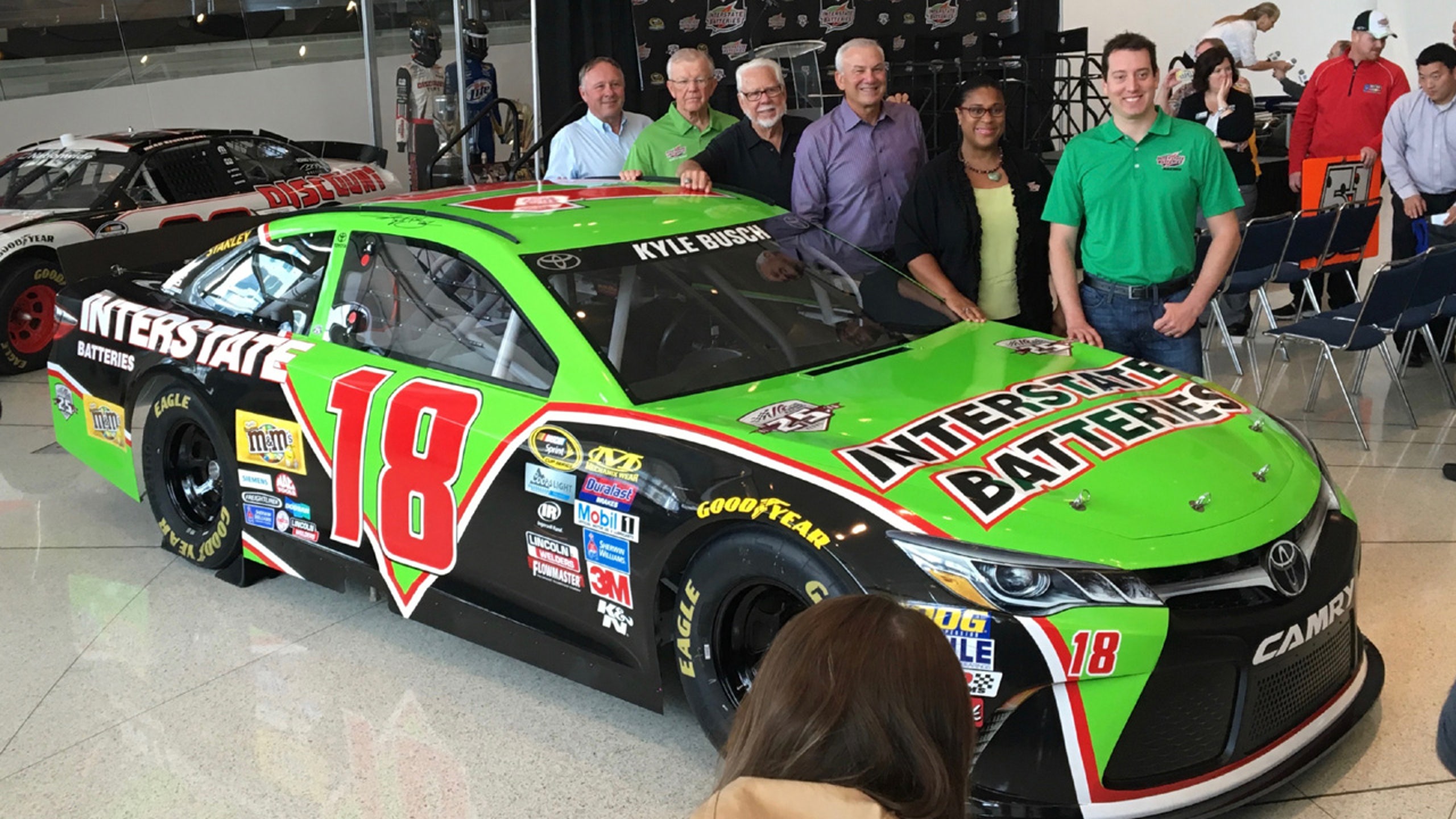 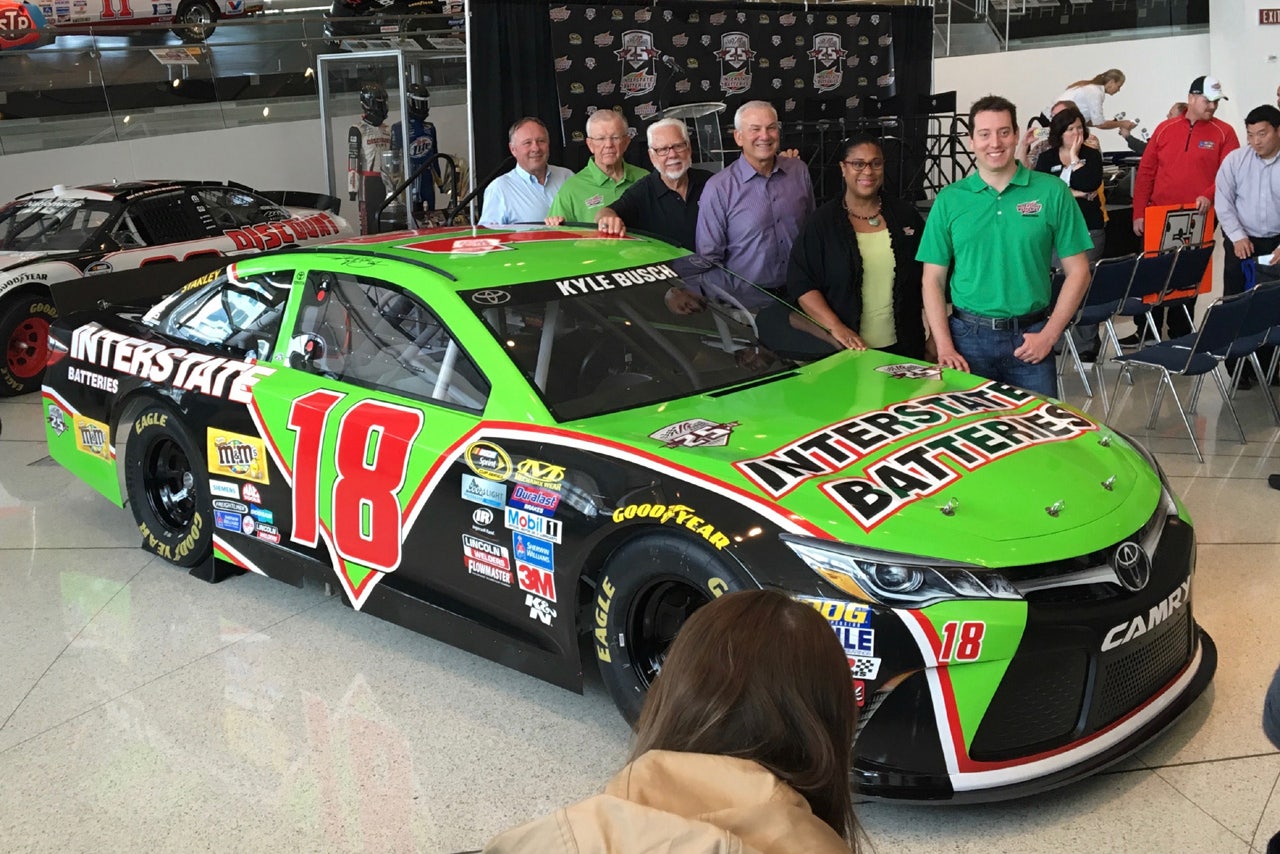 You can add Kyle Busch's name to the growing list of drivers who will have epic special throwback paint schemes for the Bojangles' Southern 500 at Darlington Raceway on Labor Day weekend.

At the Bojangles' Southern 500, Busch will drive a paint scheme similar to the one Jarrett won the Daytona 500 with in 1993, JGR's second year in NASCAR.

The timing is fitting, as 2016 marks the 25th anniversary season that JGR and Interstate have partnered together in NASCAR.

"This one's a lot more special because it's the 25th anniversary of Joe Gibbs Racing and being able to come back and race that at Darlington is going to be a lot of fun," said Busch. "I'm hoping for a good weekend, and one that we can reminisce a little bit about how Dale Jarrett won the Daytona 500 in this scheme and Kyle Busch also won the Southern 500 in this scheme. So it'll be pretty cool."