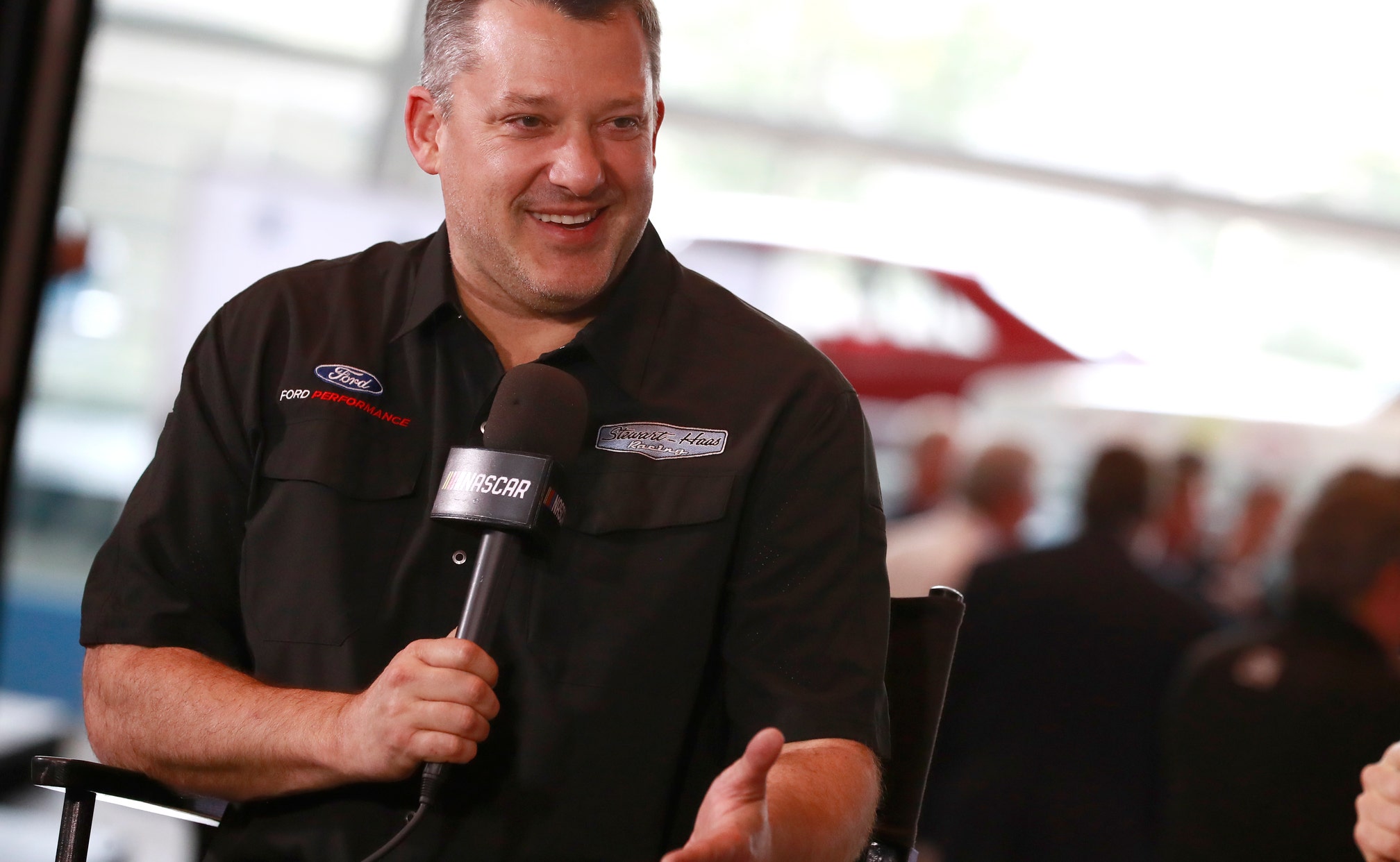 Chase Briscoe has driven cars as a Ford-backed driver since 2017, but until a few weeks ago, he didn’t really know what that meant for 2021.

It could have been a return to the Xfinity Series, where he has won nine races this year. Or it could have meant a spot in the Cup Series, depending on the path Stewart-Haas Racing chose with a couple of free agents.

SHR’s path, not too surprisingly, was the path that matched what Ford wanted – Briscoe in the Cup Series. With Aric Almirola and sponsor Smithfield re-signing with SHR for another season, that left the No. 14 car that Clint Bowyer was driving as the landing spot for Briscoe.

Briscoe is the first wave of what Ford hopes is a successful driver development program, and Ford wanted to capitalize on his success from this year. The move put a spotlight on Ford’s goal and focused philosophy in developing future stars.

While many had expected to see Kyle Larson in the SHR No. 14 car starting in 2021, Ford has instead gone with a driver it has poured money into and groomed over the last few years, a driver that Ford and SHR believe has great potential. Briscoe also is non-controversial choice, compared to Larson, who was suspended from NASCAR in April for using a racial slur in an online race on what he thought was a private chat.

SHR co-owner Tony Stewart loves both drivers and when asked if Briscoe’s Xfinity success impacted a decision, he said the Briscoe conversations and the Larson conversations were separate of each other. Larson is expected to land at SHR rival Hendrick Motorsports, the top Chevrolet team.

But Stewart made it perfectly clear that Briscoe’s development was the result of an investment made by Ford, which is also heavily invested in supporting SHR.

Ford’s current driver development program is primarily focused on Briscoe and Hailie Deegan, who spent last year in ARCA and will run in the Camping World Truck Series next year. It also has Tanner and Taylor Gray racing in trucks and ARCA.

The program is not as deep as that of Toyota, which has seven drivers in Xfinity and trucks, plus more drivers it is developing through the sprint-car ranks.

“[Ford’s executives] put that focus on that small group of race car drivers versus one of the other [manufacturers] out there that is, in my opinion, ruining other drivers’ careers on a daily basis by just signing mass numbers of drivers,” Stewart said.

“And then, at the end of it, they don’t have anywhere to go with them or they decide they don’t like them and then those drivers, and most of them are young drivers, lose opportunities that they could have had along the way to go somewhere else.”

Make no mistake about it, Stewart wanted Briscoe. But Ford also has another strong Cup program at Team Penske as well as at Roush Fenway Racing. If a driver is coming up through the Ford program, there are those opportunities.

Deegan saw that, and that is one of the reasons she went from Toyota to Ford after last season. That being said, she hasn’t delivered results on the bigger tracks that one would consider her a can’t-miss prospect. At 19 years old, though, she has time to develop through Ford, whose top racing executive said this week that she might spend one year in trucks or possibly even three.

“Truck racing is where I need to be at to learn and develop at the pace that I think to need to at the moment,” said Deegan, the ARCA rookie of the year. “I feel like I need a lot more experience under my belt, a lot more hard racing, a lot more messing with the air, how you are in truck racing.

“That’s something that is just going to take time to learn and it’s going to be a struggle on first.”

Ford executives hope they have created a plan for Deegan similar to what they have seen in Briscoe, who seems primed for success. He might not match Bowyer’s performance next season, but he has shown he has the grit to win races.

“It still doesn't really feel real,” Briscoe said. “When I first signed with Ford, obviously the goal was to go Cup racing and for me, I would always tell them that Stewart-Haas was my dream situation because I was a die-hard Tony fan.

“The goal and dream was always the 14 car but I don't think it was always necessarily believable that it was going to happen the way it all worked out.”

Racing is filled with unpredictable situations, and that brings the other free agent news that mixes unpredictable with driver development. Erik Jones – the rising star of the Toyota program four years ago who was pushed out of his Cup ride at Joe Gibbs Racing – will drive a Chevrolet for Richard Petty Motorsports next season.

Jones, who had two victories in three seasons driving for JGR, said he can’t be bitter with Toyota nor JGR, as he started driving for Toyota in 2013. The four-car JGR program is the only established team for Toyota, which also is expected to support the new team owned by driver Denny Hamlin and NBA icon Michael Jordan.

“It’s racing,” Jones said earlier this year. “It’s business. ... It’s a great foundation. It was a great opportunity. You can’t look back and be bitter about it, at somebody who gave you an opportunity.”

The 24-year-old Jones and RPM, which lost Bubba Wallace to the new Jordan team, wants to show that people shouldn’t give up on them.

“As a one-car team, we are able to give him 100 percent of our resources and focus,” RPM co-owner Andrew Murstein said. “Based upon recent events for both of us, Erik, the King and I are very hungry to prove others wrong.”

Toyota – which has only had at most six Cup cars the last couple years because of the costs it feels it takes to support teams to win – will look at losing Jones as part of their investment in the sport. This year, Toyota helped scramble to help an effort of Daniel Suarez, who two years ago faced a similar fate as Jones in being pushed out of a Toyota ride and next year will also drive a Chevrolet for the new Team Trackhouse.

“Here’s how I sleep at night and can still continue to be committed to our driver development program: whether it’s Erik Jones or Daniel Suarez, both of them are NASCAR national champions because of the partnership they’ve had with Toyota and the help we’ve given them along the way,” Toyota Racing Development President David Wilson said a couple weeks ago about the Jones championship in trucks and Suarez championship in Xfinity.

At least Jones and Suarez got opportunities. There are drivers in the Toyota program — which reaches deep into the grassroots stock-car and sprint-car circuits – who never have enough success to continue beyond trucks.

Wilson said the driver development program is “still swinging for the fences” as well as committed to diversity in that program as well.

“And we still believe Christopher Bell is that unshaped, uncut gem. And we’re happy to see him have the opportunity he has in front of him at Joe Gibbs Racing. He’s going to have an immense amount of pressure to perform.”

The longest stretch of races without a win by either Denny Hamlin or Kevin Harvick in 2020 is three races – the second-third-fourth (Logano-Vegas, Bowman-California, Logano-Phoenix) races of the season.

“I wish I could go tell 7-year-old Chase who was wearing his Tony Stewart stuff and playing sprint-car video games and NASCAR video games that he was eventually going to get to drive his car. ... I don't look at Tony any differently now. He is my boss and that is all there is to say.” – Chase Briscoe