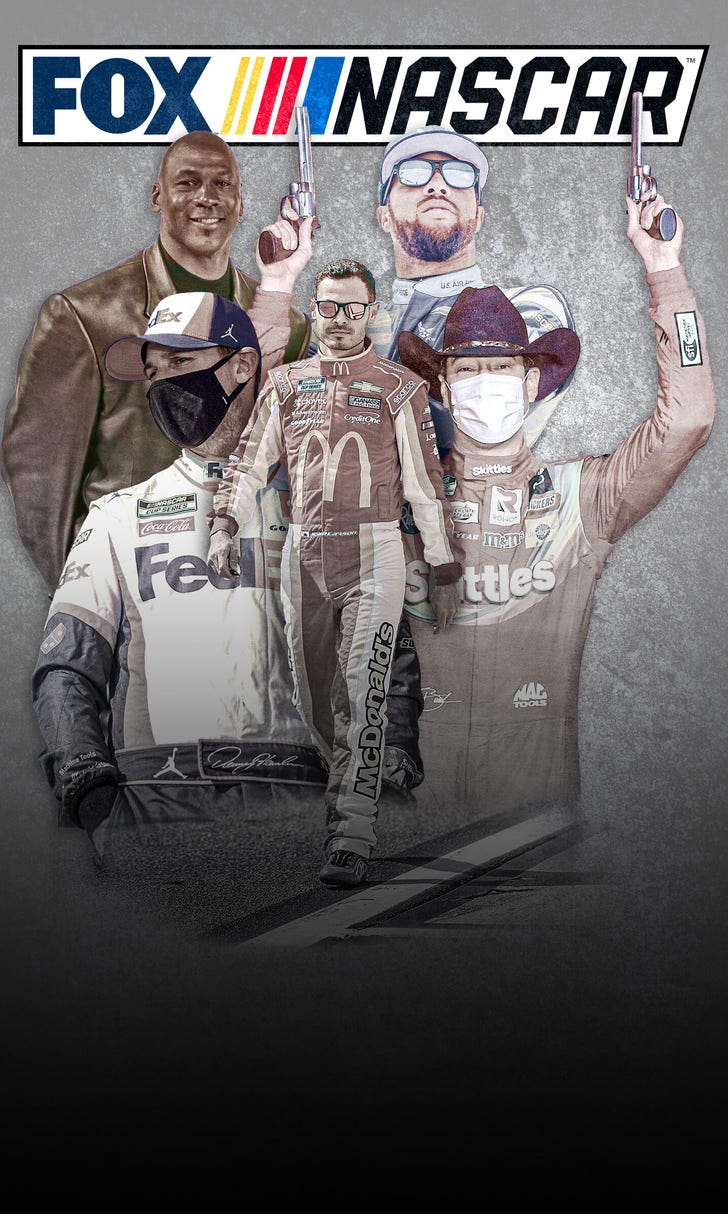 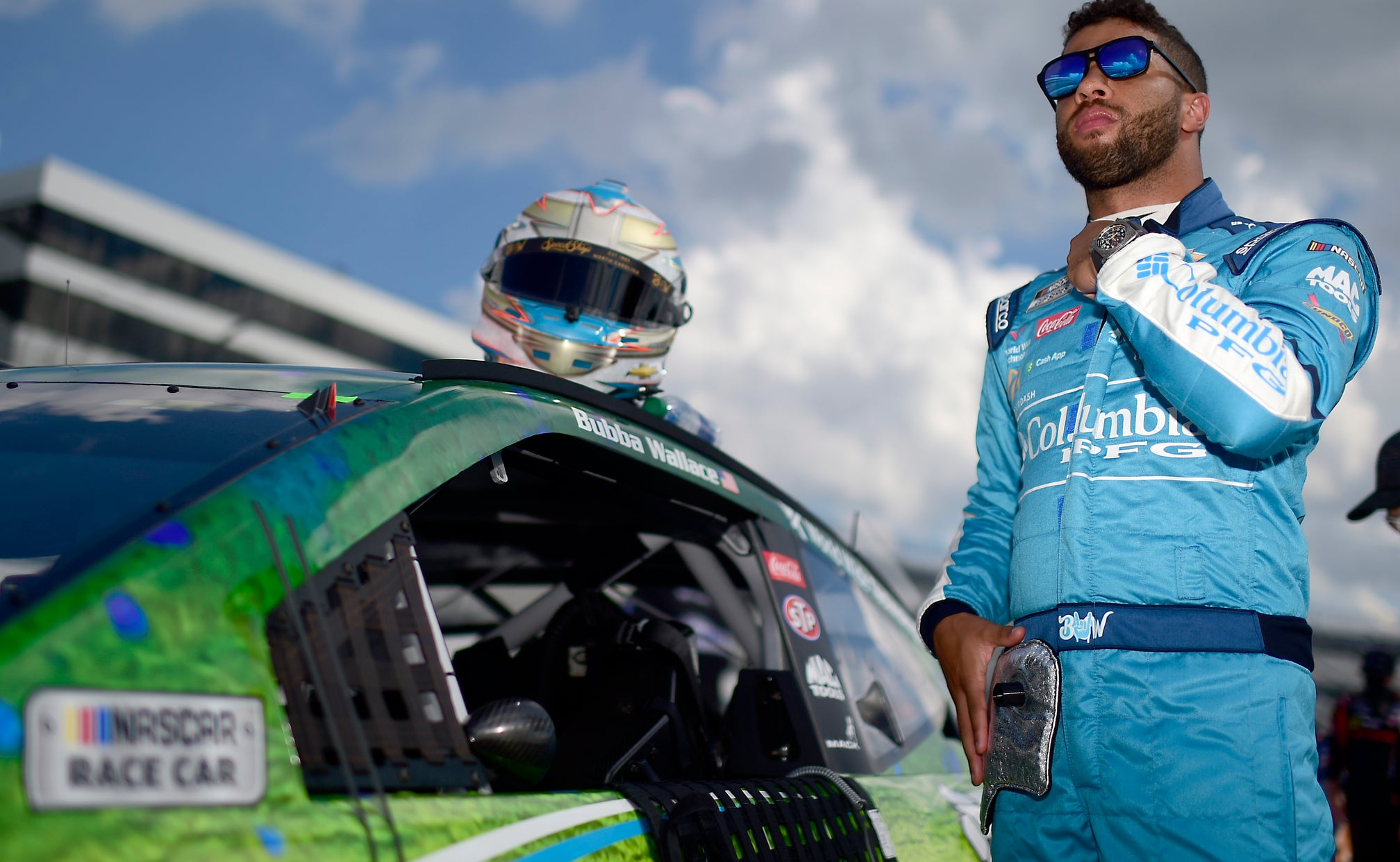 As we say hello to the new year (thank goodness), here is one final look back on the year in NASCAR, with the top storylines of 2020:

Bubba Wallace, the only full-time Black driver in NASCAR’s three national series and the only full-time Black driver in Cup since Wendell Scott (who raced Cup from 1961-1973), took a leadership role in social activism. He called for NASCAR to ban the Confederate flag, which it did. Richard Petty Motorsports didn’t have a sponsor for Martinsville and he ran a scheme with #BlackLivesMatter on the side and "Compassion. Love. Understanding." on the car.

At Talladega, NASCAR officials found a garage pull-down rope tied as a noose in his garage stall. The FBI determined the rope was tied like that the previous October (and it wasn’t Wallace’s garage stall at the time) and determined no hate crime had been committed.

Wallace: "Whether it was tied sometime throughout 2019, the fall race there, someone did it with whatever intent they had. We weren’t in that garage stall at that time, so we can’t say it was directed toward me, which is good. It wasn’t directed toward me or my family. But somebody still knows how to tie a noose and whether they did it as a bad joke or not, who knows? But it was good for the public to see. It still won’t change some people’s mind of it being a hoax, but it is what it is."

2. Kyle Larson and a racial slur

Larson, one of the sport’s top talents, casually used a racial slur in April when talking to a friend during what he thought was a private channel during an online race. It aired through the streams of various participants. Within two days, all of the Chip Ganassi Racing sponsors said they would not sponsor the car as long as Larson was the driver and the team fired him. NASCAR suspended him indefinitely. He went on to have a fabulous sprint-car season, signed with Hendrick Motorsports for a Cup ride starting in 2021, and was reinstated by NASCAR. He also worked with several foundations and groups on an educational journey, and he must continue working with NASCAR on diversity programs as conditions of his reinstatement.

Michael Jordan – yes, that Michael Jordan – became a co-owner of a race team with Denny Hamlin, a Jordan brand athlete. The 23XI Racing team will begin operations in 2021 with Wallace as the driver. Hamlin will remain a driver for Joe Gibbs Racing. Jordan, who also owns the NBA’s Charlotte Hornets, has been a motorsports enthusiast his entire life. His entry into NASCAR will attract attention from casual sports fans.

Jordan: "For so long, it’s been viewed from a negative aspect with the Confederate flag and all these other things that occurred. Now you go in with NASCAR making an effort to change the perspective and try to attract and connect to the next generation without losing something for today’s authenticity of the sport. [It] presented an opportunity for me obviously to get involved in this whole process and I am spearheading a thought process of Blacks getting involved in NASCAR."

4. The Pandemic and its impact on racing

NASCAR halted for nine weeks during the pandemic, using iRacing events with several drivers to fill the Sunday afternoons. NASCAR scrambled to put together a schedule with no practice for any of the 32 remaining Cup races, qualifying for only one, and several events rescheduled. There were doubleheaders added at Michigan and Dover, three points races at Darlington and Charlotte, and a new event at the Daytona road course, as several events (Chicagoland, Sonoma, Watkins Glen and one Richmond) were canceled. Two Cup drivers missed races with COVID-19: Jimmie Johnson (which potentially cost him a playoff berth) and Austin Dillon.

NASCAR President Steve Phelps: "What I would say is that on March 8, we were a sport that was coming back, right? Our ratings had stabilized last year. Our attendance was going in the correct direction. If you think about where we are as a sport today, I believe we're stronger as a sport today than we were pre-COVID. I believe that. I think that the momentum that we've been able to gain has been nothing short of incredible."

5. Ryan Newman and a terrible crash

Ryan Newman isn’t sure how close to death he came in his awful crash coming to the finish of the Daytona 500. His car hit the wall, turned upside-down and then was hit in the driver’s side door by Corey LaJoie. Newman was rushed to the hospital, where he left two days later, walking out holding the hands of his two daughters. He suffered a head injury. He missed three races and then returned when NASCAR returned to racing in May.

Newman: "As I watched in the next 24 hours [in the hospital] – as I watched the crash and had to make myself believe what I went through – I really looked to my dad to say, ‘Did this really happen?’"

6. Chase Elliott and a championship

The 24-year-old driver from Georgia, the son of NASCAR Hall of Famer Bill Elliott, rallied at the end of the season to win three of the final five races, including back-to-back victories at Martinsville (to make the Championship 4) and Phoenix (to win the title). Elliott had five wins on the season and answered the question on whether he would ever make it to the championship race, let alone win a championship.

Elliott: "When I'm dead and gone, and my dad is dead and gone, he and I will share a championship with the last name Elliott forever. I don't think it gets any cooler than that, in my opinion."

Donald Trump became the second sitting president to visit the Daytona 500 (George W. Bush came to the 2004 event). Trump delivered a speech to the crowd pre-race and met several of the drivers. The presidential limo "The Beast" took a lap around the track prior to the start of the race.

Trump: "The Daytona 500 is a legendary display of roaring engines, soaring spirits of the American skills, speed, and power."

This was supposed to be the year where seven-time Cup champion Jimmie Johnson was heralded at every track and also had a solid final season of Cup racing. Tracks still honored Johnson the best they could, even though fans weren’t at many of the races. But Johnson didn’t win, and he missed the playoffs by six points. Missing the Cup race at Indianapolis after a positive COVID-19 test (he isn’t sure if it was a false negative or not) hurt his chances of making the playoffs. But there also were other times he gave up points, including spinning while leading in the opening stage at Darlington in May, as well as a disqualification at Charlotte for a technical violation that wiped out 45 points following a second-place finish. He finished his full-time Cup career with a fifth-place finish at Phoenix.

Johnson: "I thought I hit bottom a few times, and there was a bottom a little lower than what I envisioned.  I felt like on track there was mistakes that I made, and we had issues, times where the team made mistakes, had bad luck on track, supposedly had COVID and missed the Brickyard 400. There were just many lows that kept rolling. When I thought that was it, there was another low. I just had to figure out how to put a smile on my face."

9. Kyle Busch and a single win

Kyle Busch, who won the 2019 Cup title, didn’t win in 2020 until he already was eliminated from the playoffs. Busch won at Texas (in a race that was suspended for three days because of rain) but still had a miserable year, by his terms, finishing eighth in the standings, his worst finish since 2014. His average finish of 13.8 was his worst since 2010. He will have a new crew chief (Ben Beshore) starting next season.

Busch: "We obviously weren't good enough. We weren't able to capitalize and do what we needed to do ... [My team members] give full effort, man. There's no quit. But it just hasn't quite lined up for us this year."

10. Four teams and a goodbye

Four team owners – Bob Germain, Archie St. Hilaire, Bob Leavine and Jay Robinson – sold their charters and won’t run full-time programs in 2021. Germain sold his charter to 23XI Racing, St. Hilaire sold his to Live Fast Racing, Leavine sold his to Spire Motorsports, and Robinson sold his to Rick Ware Racing (although Robinson still has an active role with that team). The moves show that maintaining a Cup team, especially during the pandemic, can be problematic (Robinson did sell his team prior to the pandemic) with limited sponsorship. But it also showed that charters are in demand. The new Next Gen car, with its rollout pushed to 2022, potentially will be cheaper to maintain and could produce more parity, but it also will require a significant initial outlay.

Leavine: "I wasn’t able to get it done. Didn’t have enough money and I’m not sure if I had all the money in the world, I could have gotten it done the way it’s setup right now and with the pandemic. Was it a waste of time in 10 years? No. I enjoyed the competition ... I like making decisions and I can live with them and accept them, but having the way it’s setup with the sanctioning body just doesn’t necessarily fit with my personality."