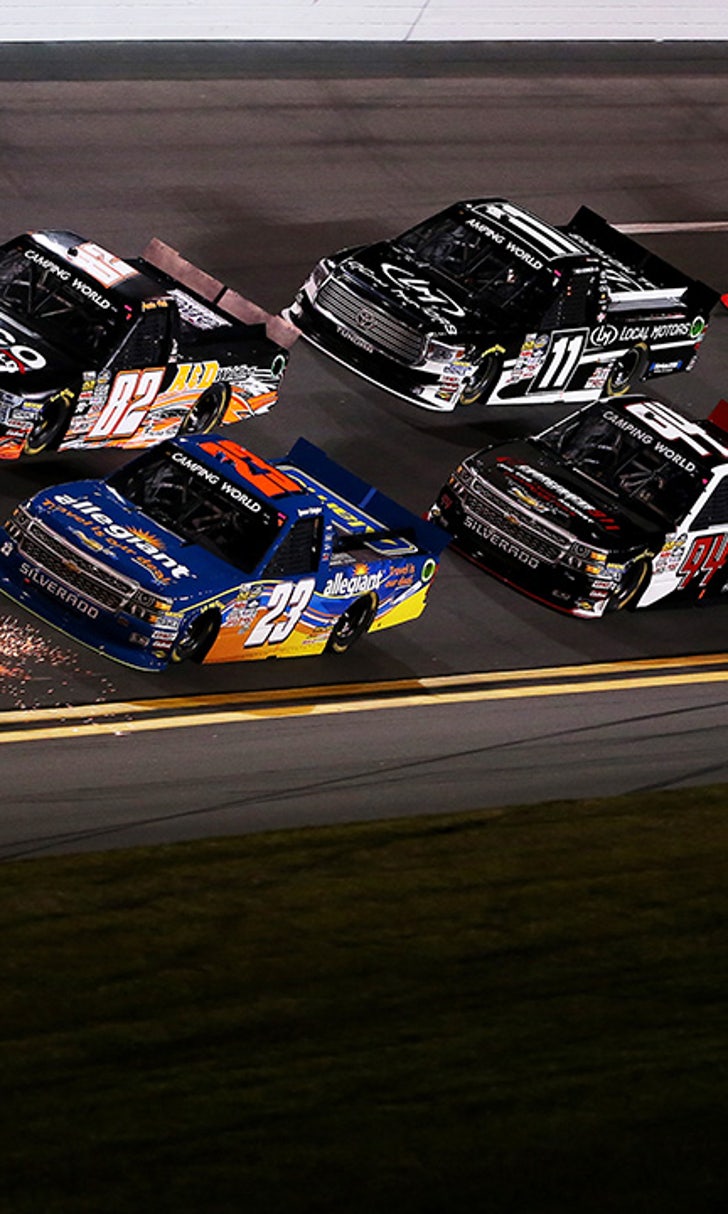 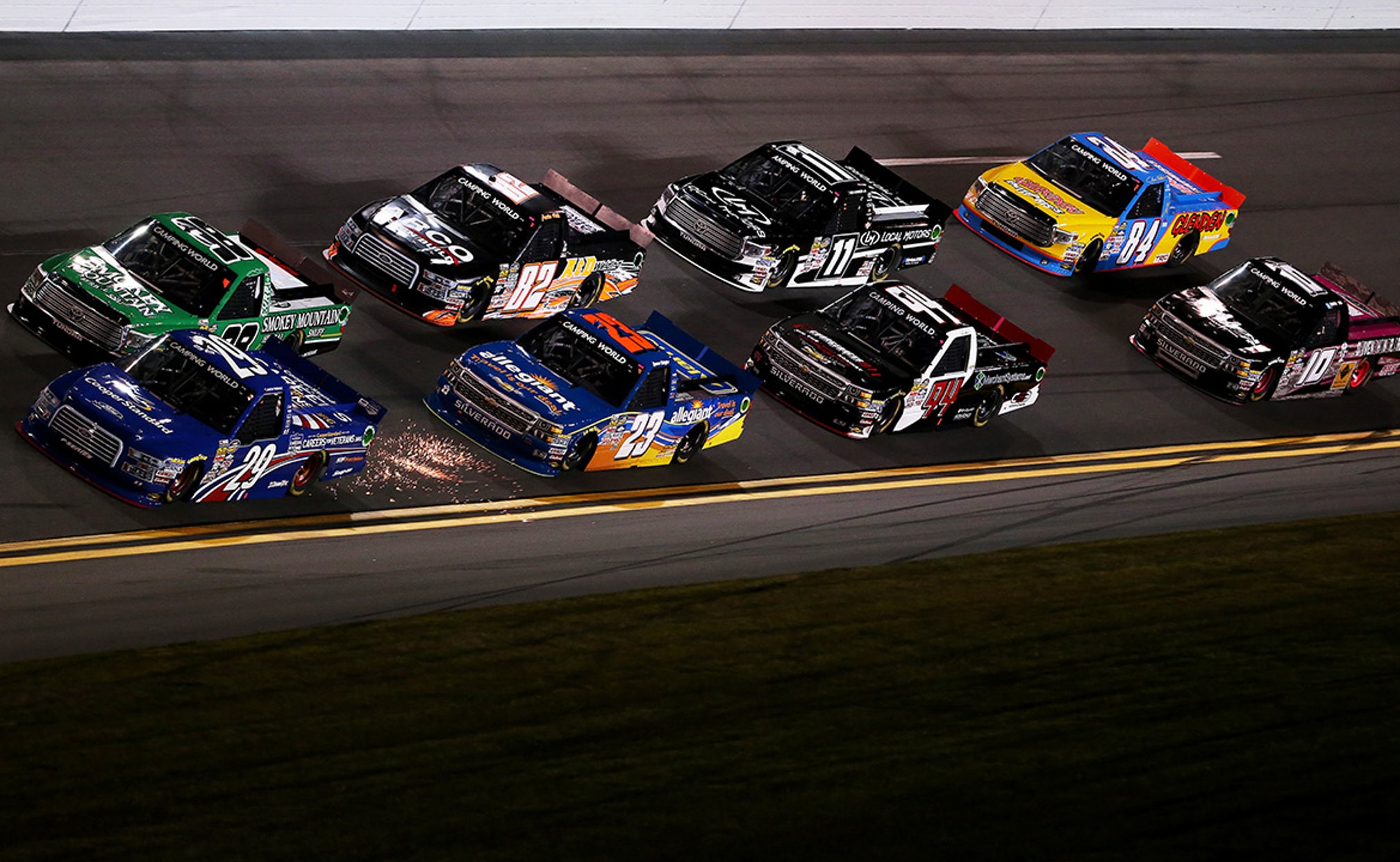 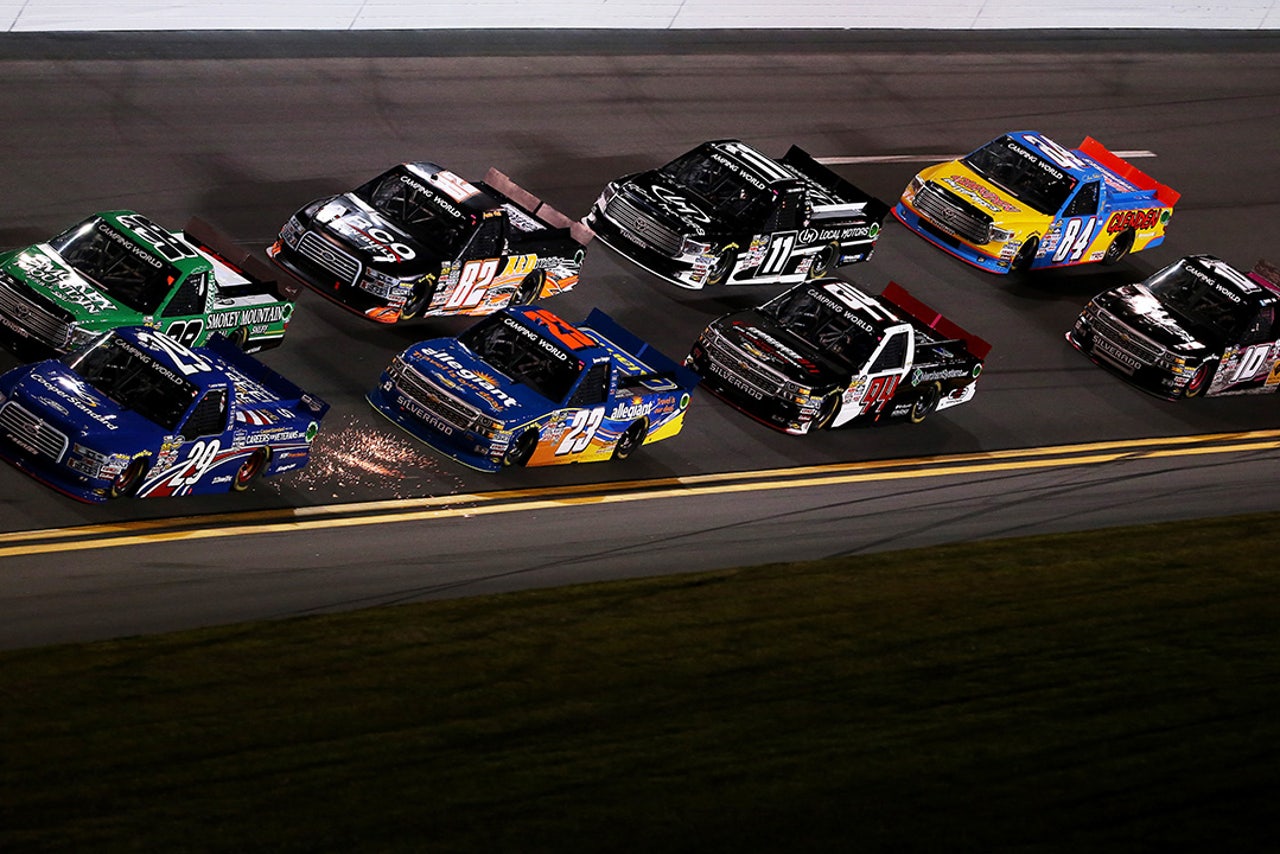 With the NASCAR Camping World Truck Series season getting under way with the running of Friday night's NextEra Energy Resources 250 at Daytona International Speedway, here are six things you need to know about the Truck Series in 2016:

The clock will be set to 20 minutes and triggered at the start of each green-flag run during race events. When the clock counts down to zero, a caution flag then will be displayed and no beneficiary will be awarded. A caution occurring before time expires resets the clock when the subsequent green flag is displayed, and the first truck a lap down will be the beneficiary.

As announced last month, the Truck Series features its own Chase format beginning this season. The Truck Series' Chase, which begins at New Hampshire Motor Speedway on Sept. 24, will feature eight drivers and two eliminations rounds with four drivers competing in the Championship 4 at Homestead-Miami Speedway

A win in the first 16 races all but guarantees a driver entry into the the Chase, provided that the driver is in the top 30 in points and has attempted to qualify for each race.

The four drivers who advance to the Championship 4 at Homestead will have their points reset to 4,000. The highest finishing Championship 4 driver will win the championship.

For the first time ever, ThorSport Racing is fielding four teams in the Truck Series.

Abreu, who has won the prestigious Chilli Bowl Nationals sprint car race the past two years, made his stock-car debut last year in the NASCAR K&N Pro Series East where he logged one win, four top fives and eight top 10s in 14 starts.

Abreu drove the last two truck races of the season, with a best finish of 13th coming in the finale at Homestead-Miami Speedway.

Abreu, who stands at just four feet, four inches tall, is the shortest driver in the history of one of NASCAR's major series.

"Yeah, I've gotten used to it, especially just seeing people notice me just because obviously I'm uniquely different and it's great," he said. "It's great for the sport and my whole goal is to be competitive and I think as long as I don't get too caught up in it all, I'll be just fine."

Eyes on the prize

Tyler Reddick, last year's championship runner-up on the strength of a breakout season highlighted by two wins, is back at Brad Keselowski Racing where he hopes climb just one position in 2016.

John Hunter Nemechek, the 18-year-old son of NASCAR veteran Joe Nemechek, raced a truck at Daytona for the first time Friday night, after establishing himself as one of NASCAR's top young prospects last season by earning one win, nine top fives and 10 top 10s in just 18 starts.