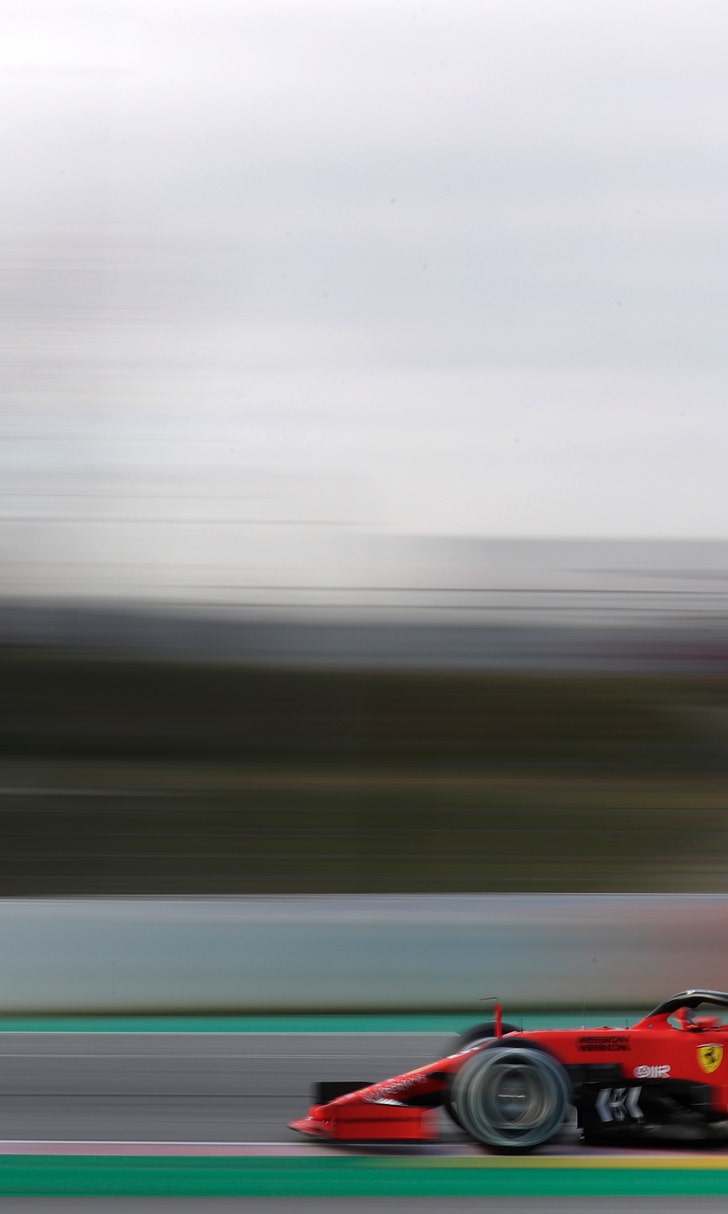 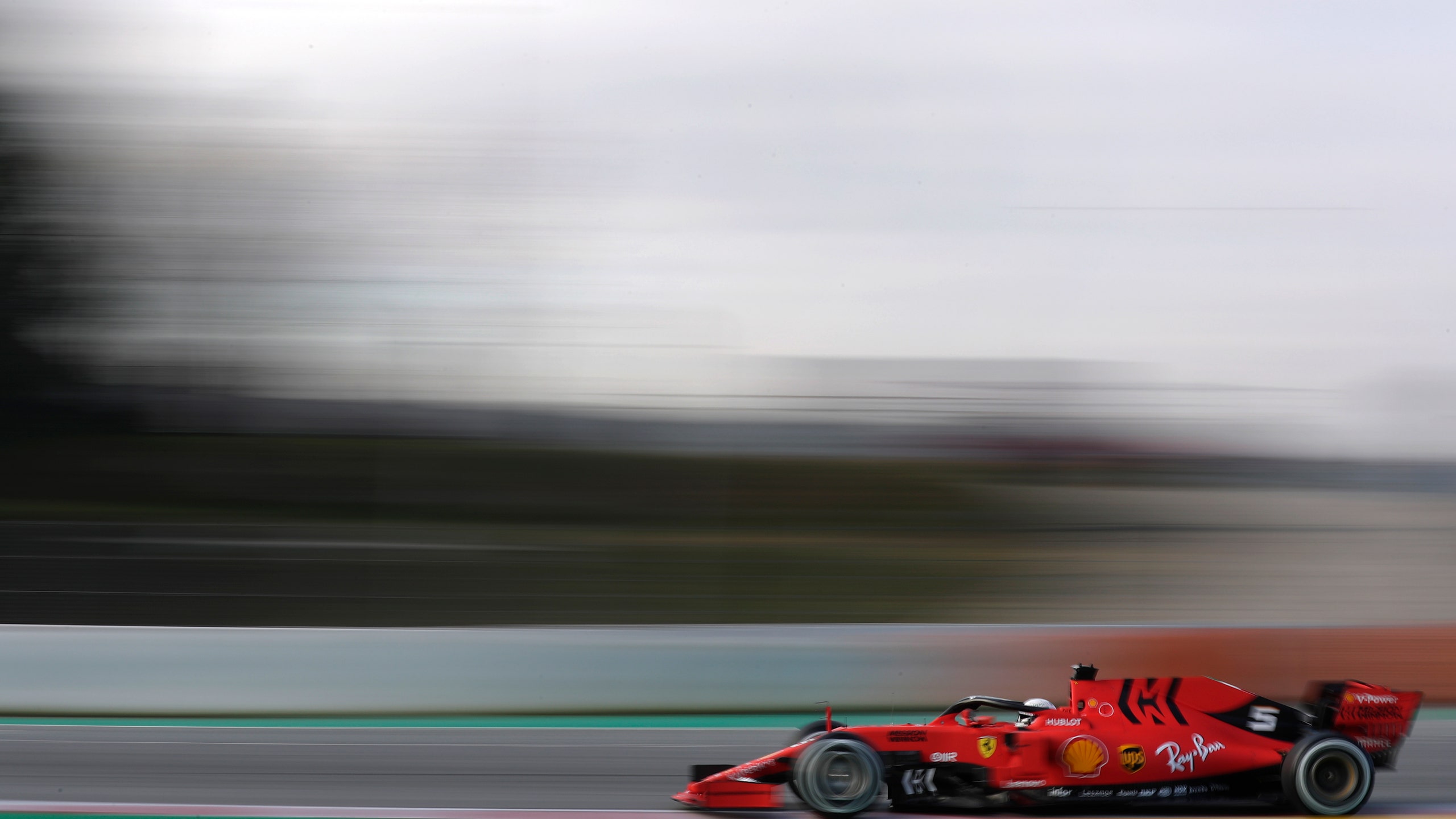 MONTMELO, Spain (AP) — For Sebastian Vettel, the opening day of the Formula One preseason couldn't have gone any better.

Vettel, the runner-up to the title last season, clocked the fastest time, was the busiest driver with 169 laps and, most importantly, felt right at home behind the wheel of his new Ferrari.

"We couldn't have hoped for a better day," Vettel said after setting a session-best lap time of 1 minute, 18.161 seconds. "It was unbelievable. The car was working very well. We had no issues slowing us down.

"It is obviously very early and this will be meaningless in a couple of weeks, but for now, a huge compliment to everyone at the factory. What they put on the track today was very close to perfection."

Vettel has the daunting goal of ending Mercedes' five-year dominance of F1.

Defending champion Lewis Hamilton shared time behind the wheel for Mercedes with Valtteri Bottas and ended up with the ninth-fastest time, but it is more very likely that Mercedes was not aiming to top the leaderboard.

Mercedes boss Toto Wolff acknowledged that Ferrari looked quick, but downplayed the importance of lap times in the preseason.

"That is not what tests are about," Wolff said. "It's about going through all the parts and looking at all the data."

Carlos Sainz put in the second-quickest lap in his first ride with McLaren, followed by Haas' Romain Grosjean and Red Bull's Max Verstappen.

Renault's Daniel Ricciardo, who joined the team from Red Bull, and Nico Hulkenberg put in the slowest times of the day, finishing more than 2.8 seconds slower than Vettel.

Williams, which finished last in the team standings last year, missed the first day of testing and is likely to miss Tuesday's session as well.

Alfa Romeo, previously known as Sauber, unveiled its new burgundy-and-white car in the pit lane before testing began. Kimi Raikkonen, who joined the team from Ferrari, had the fifth-best time but also went off the track twice without damaging his car.

The main focus of these tests is for teams to adapt to rule changes for their cars' front wing design. The goal is to make racing more exciting by facilitating overtaking. The new regulations should reduce the turbulence hitting trailing cars, which has slowed them down and made passing more difficult.

Red Bull boss Chris Horner said that the new rules mean "there is a blank canvas this year."

Testing will continue through Thursday and then again from Feb. 26-March 1 at the Barcelona-Catalunya Circuit, home to the Spanish Grand Prix in May.

The season-opening Australian GP is on March 17.