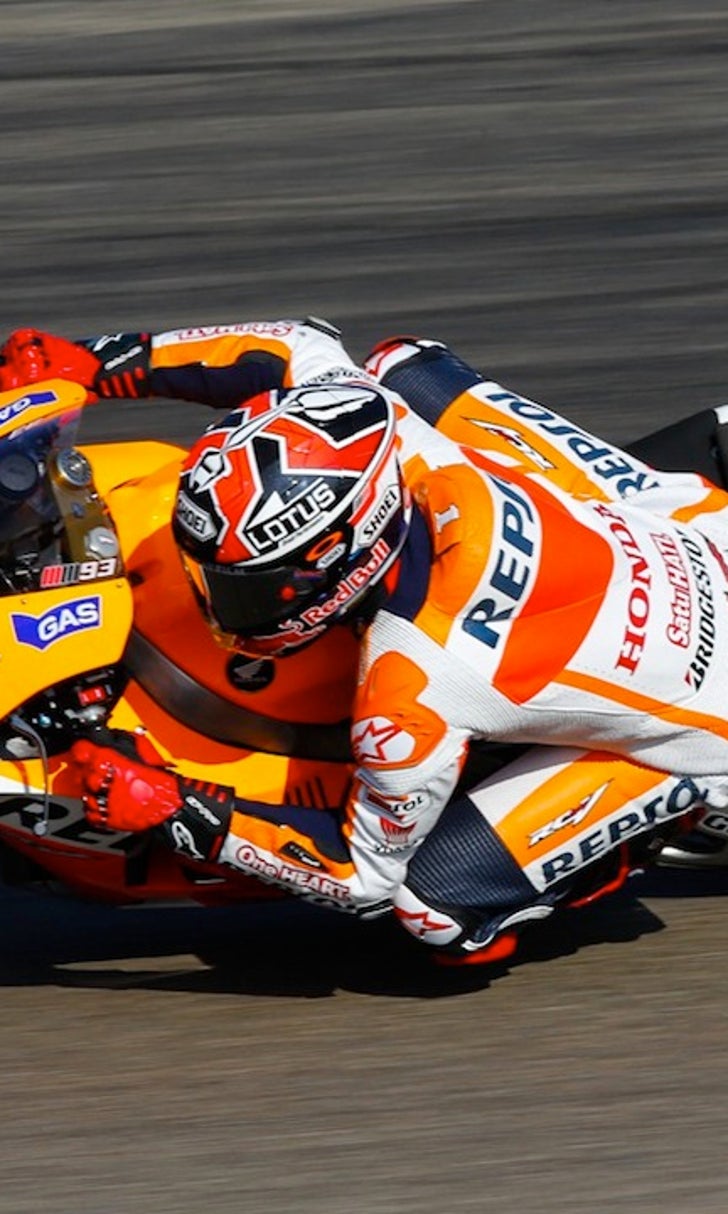 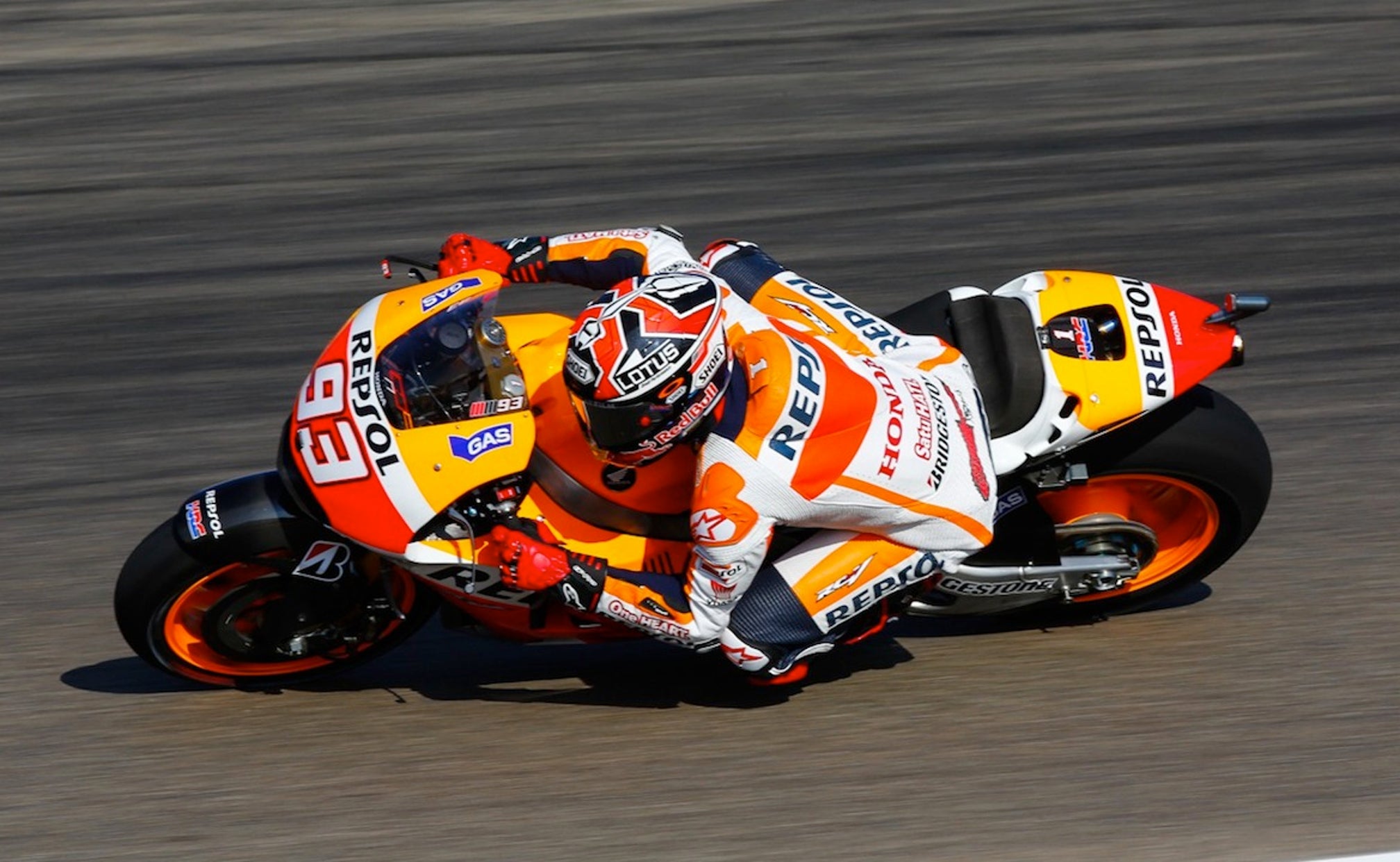 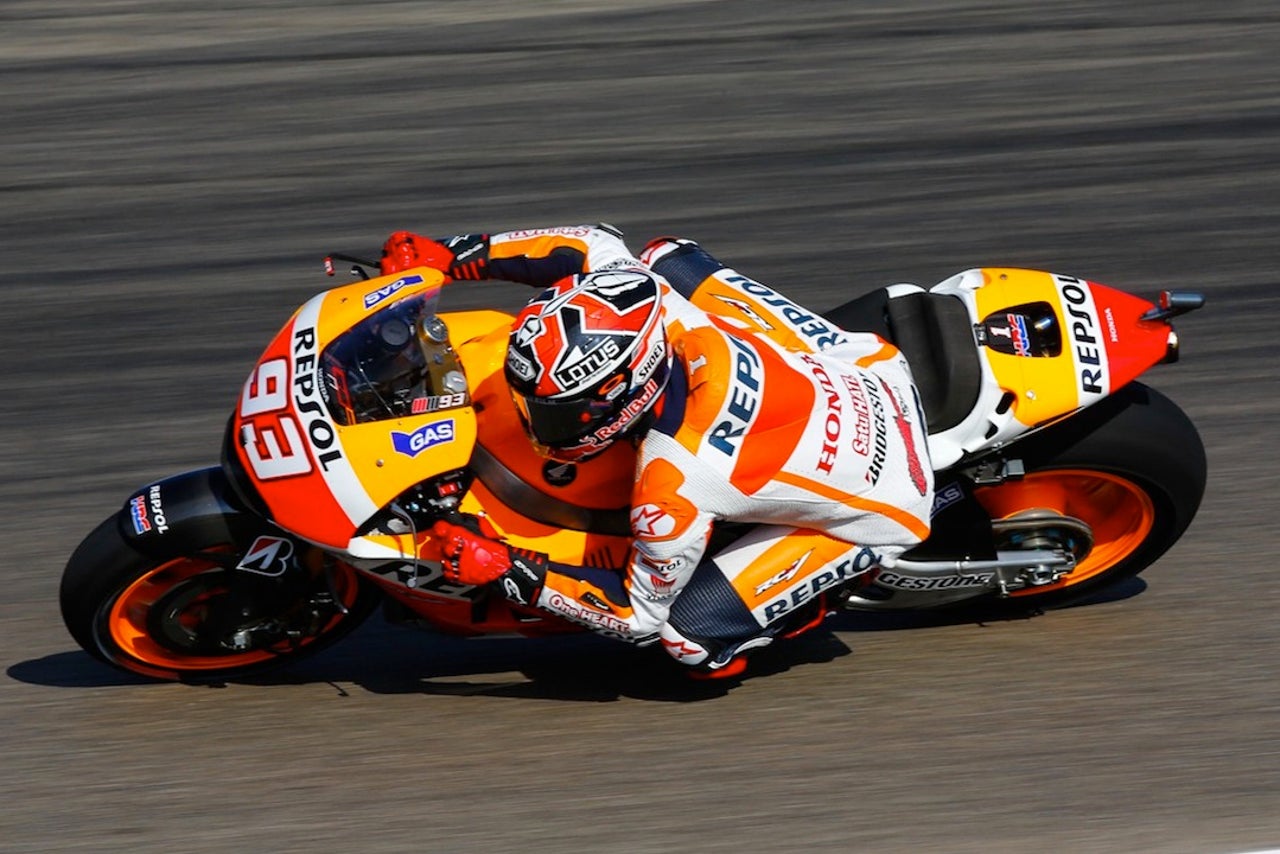 There is little sign of Marc Marquez riding for championship points after another stunning pole position qualifying run - his 11th of the season - for Sunday's Aragon Grand Prix.

Marquez had suggested that he would consider racing for the championship and cutting back on his usual high-risk approach which resulted in crash in Misano last week.

But the temptation of a home race win in Spain and the opportunity to increase his 74-point lead over Repsol Honda teammate Dani Pedrosa appears too much. Marquez has won 11 of 13 races so far this season, a winning habit he is finding hard to break.

Marquez battered his rivals in qualifying to claim pole with a time 0.36s ahead of Pedrosa with Ducati rider Andrea Iannone completing the front row as third quickest. The challenge from Valentino Rossi - a last start winner in Misano - and Jorge Lorenzo was wiped away with the Yamaha pair trailing the flying Marquez by more than one second.

Rossi and Lorenzo have been troubled by rear grip issues at Aragon and their qualifying pace provides little joy in advance of the race. Rossi had been hoping to build on last week's Misano victory.

Marquez won from pole at Aragon as a rookie last year and is now poised to repeat that on the way to what will surely be a second consecutive MotoGP World Championship. If Marquez has a 75-point margin after the following race - the Japanese GP at Motegi - he will be unbeatable with three races remaining.

After qualifying at Aragon, it is difficult not to anticipate a Honda 1-2 with Marquez clearly not slowed by the disappointment of the crash in the Misano GP. He admitted to "pushing 100%" for pole in Aragon and his Honda has impressive speed and consistency in race trim.

In the build up to this race, Marquez said he pushed for victory in Misano in a bid to be in a position to clinch the title in Aragon.

That possibility is gone but there is clearly no damage to Marquez's seemingly bullet-proof confidence and motivation.

The surprise of qualifying was the crash by Ducati factory rider Andrea Dovizioso who was challenging for pole with the benefit of the extra soft open class tire.

Dovizioso had been fastest in Friday free practice aboard the upgraded GP14.2 with revised engine and frame. His Ducati teammate Cal Crutchlow recovered from a demoralizing practice performance to post  the fifth fastest time to guarantee position five on the second row of the grid.

Crutchlow is riding the standard GP14 and this was his best qualifying since the Dutch TT in June where he was also fifth on the gird.