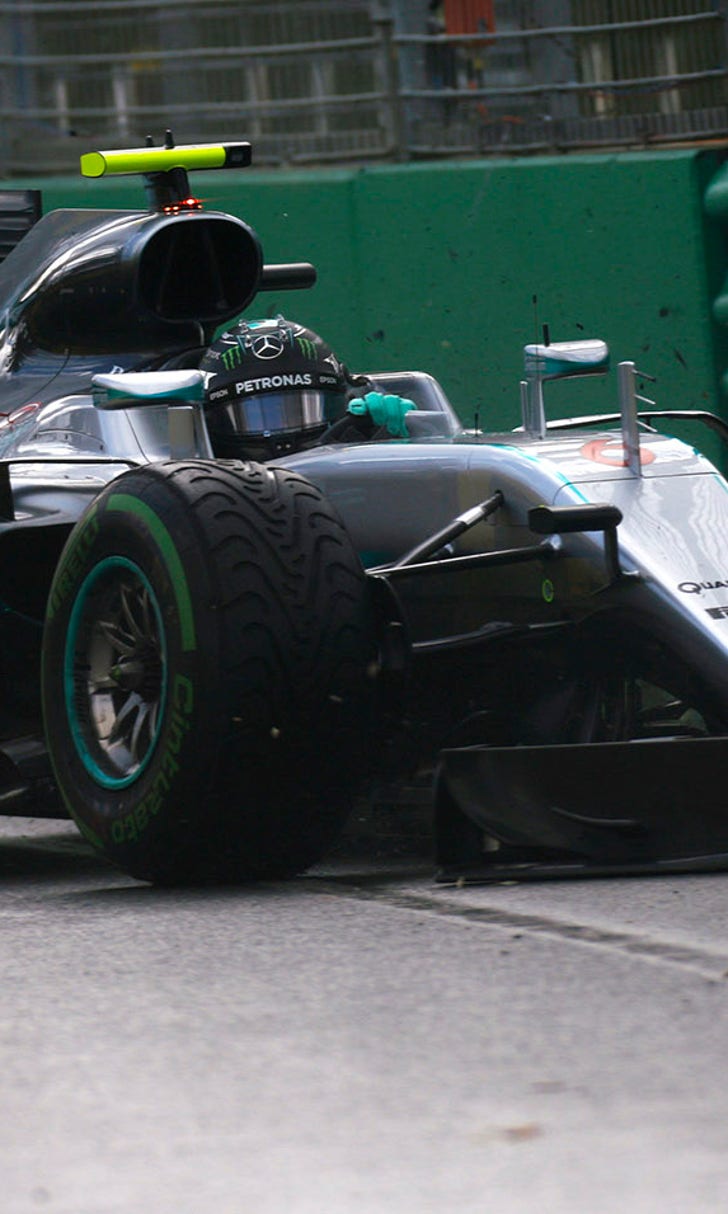 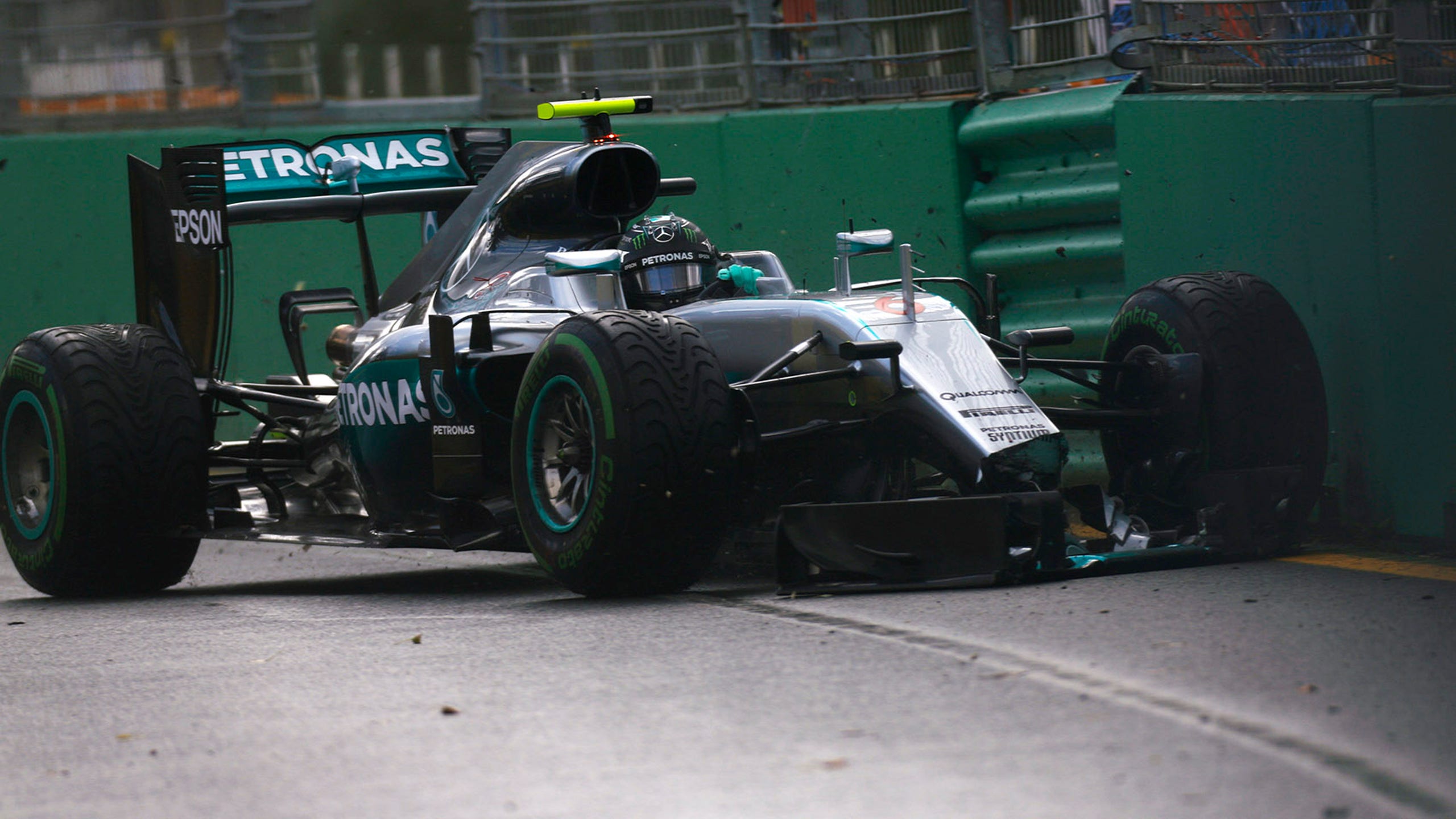 Rosberg gets into wall during wet first day of F1 practice 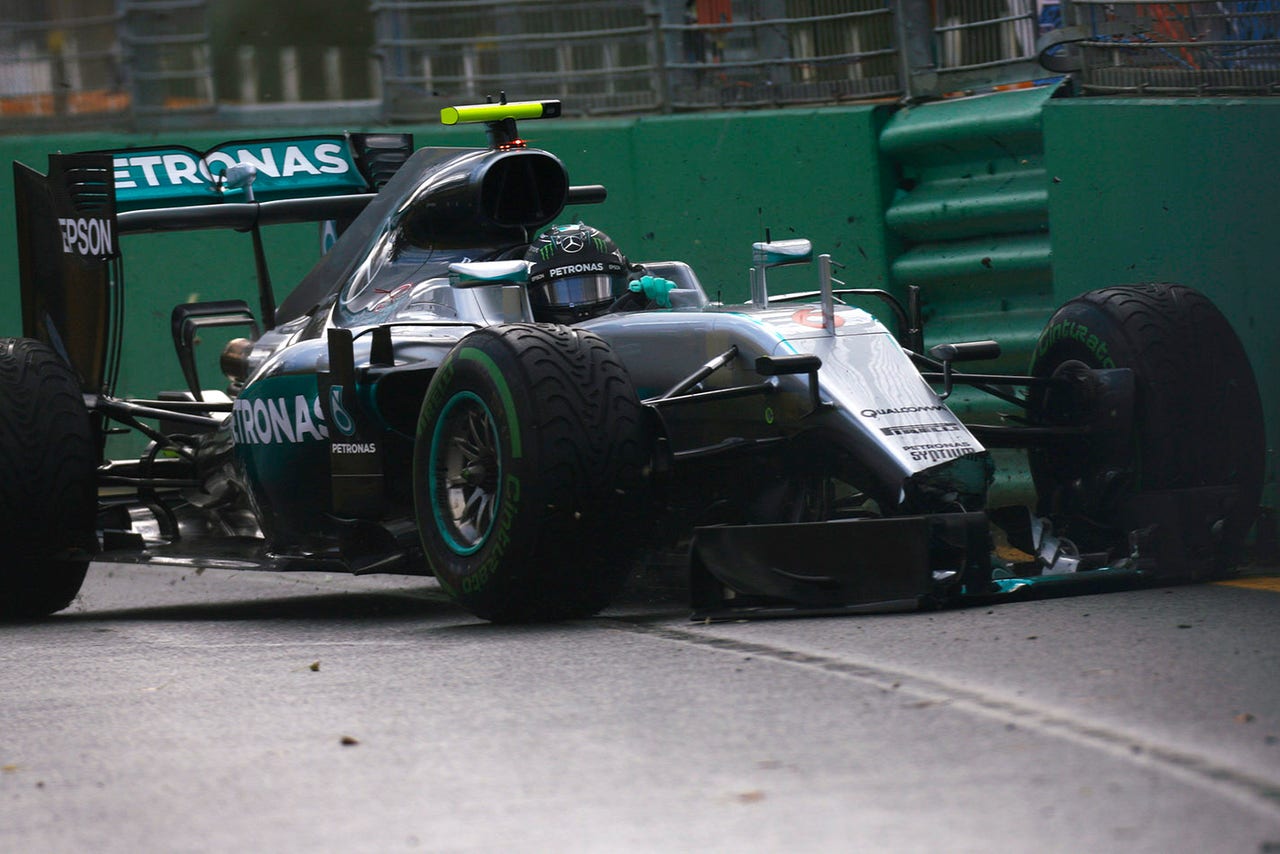 Nico Rosberg became the first driver to damage a car during the 2016 F1 season when he crashed during a wet FP2 session in Melbourne on Friday.

The German snapped sideways and caught the left front of the car on the wall, wiping the front wing off. He tried to get back to the pits with the wing caught under the front of the car, but the FIA told the team to ask him to stop for safety reasons.

“That wasn't a good start to the weekend for me,” he said. “It was very wet out there, which made it tricky. It's a shame that I lost the car in P2. I just applied a little too much throttle through Turn 7, spun round and touched the wall. My front wing was quite damaged, so unfortunately the boys will have some extra work to do tonight.”

“A bit of a frustrating day, which is unfortunate for the first day of the season and for the fans in particular,” said Mercedes technical boss Paddy Lowe. “At best, we managed to string one or two sectors together on a track which was only ever dry in certain places. Then, in FP2, Nico just lost the back end of the car and collided with the wall, so not the best day overall. Fortunately, it wasn't too major. The front wing was damaged and we've replaced the left front corner as a precaution - but nothing that will affect him over the rest of the weekend.”