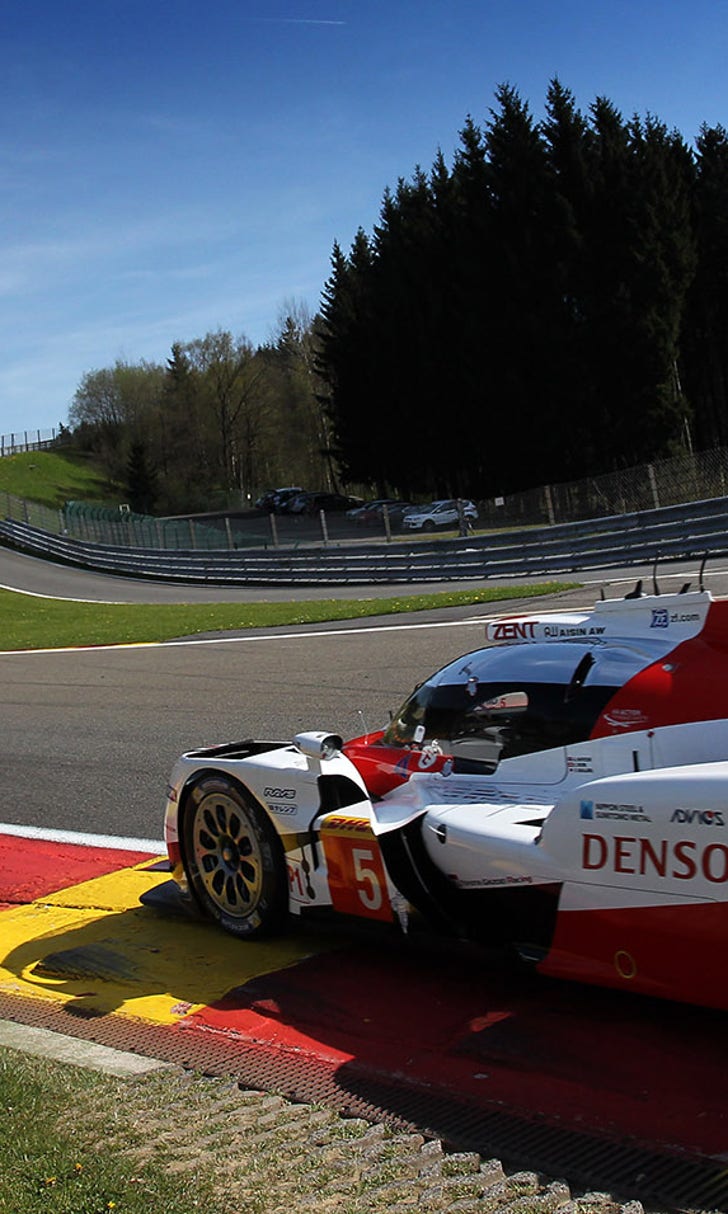 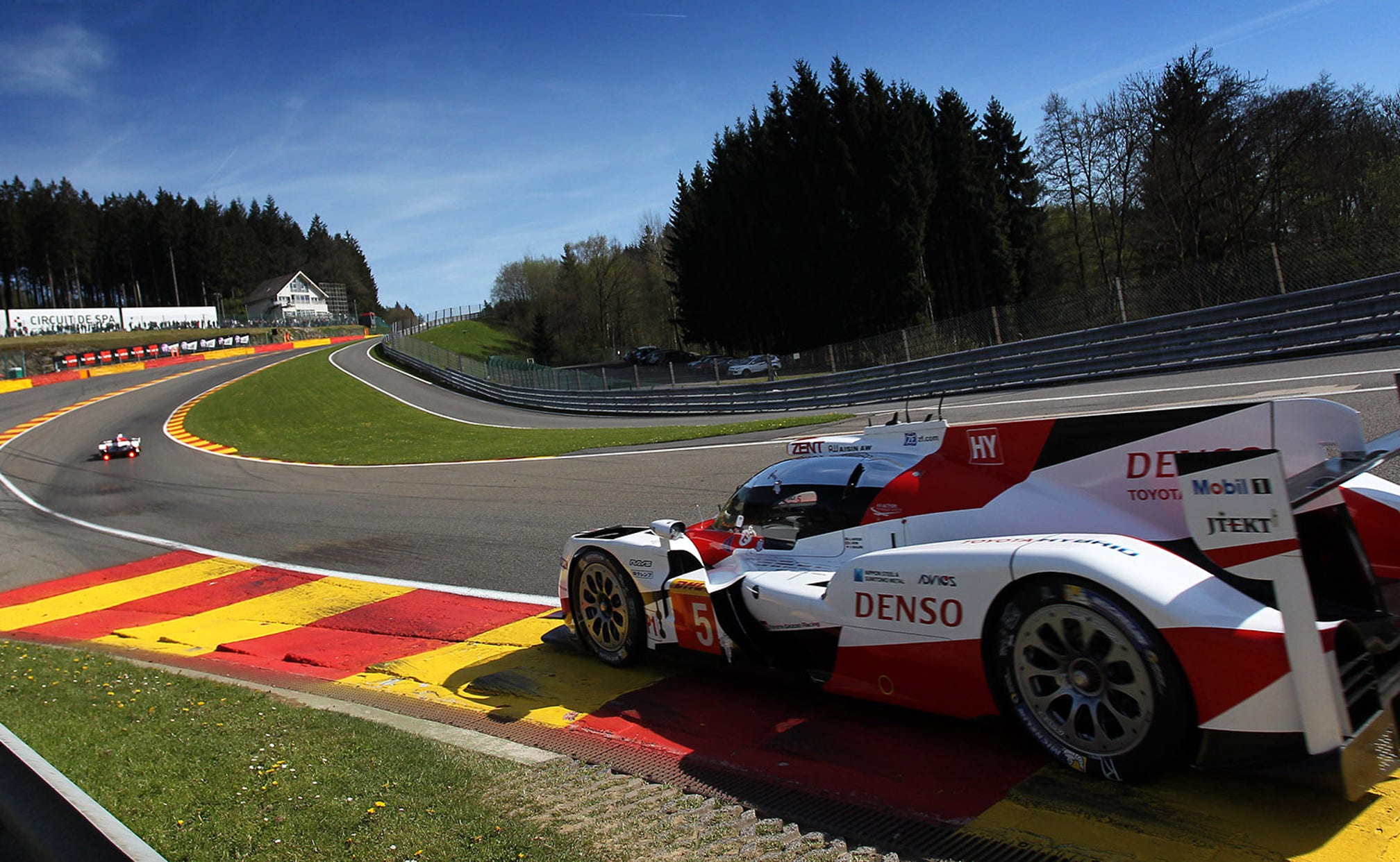 Race updates from the FIA WEC Six Hours of Spa 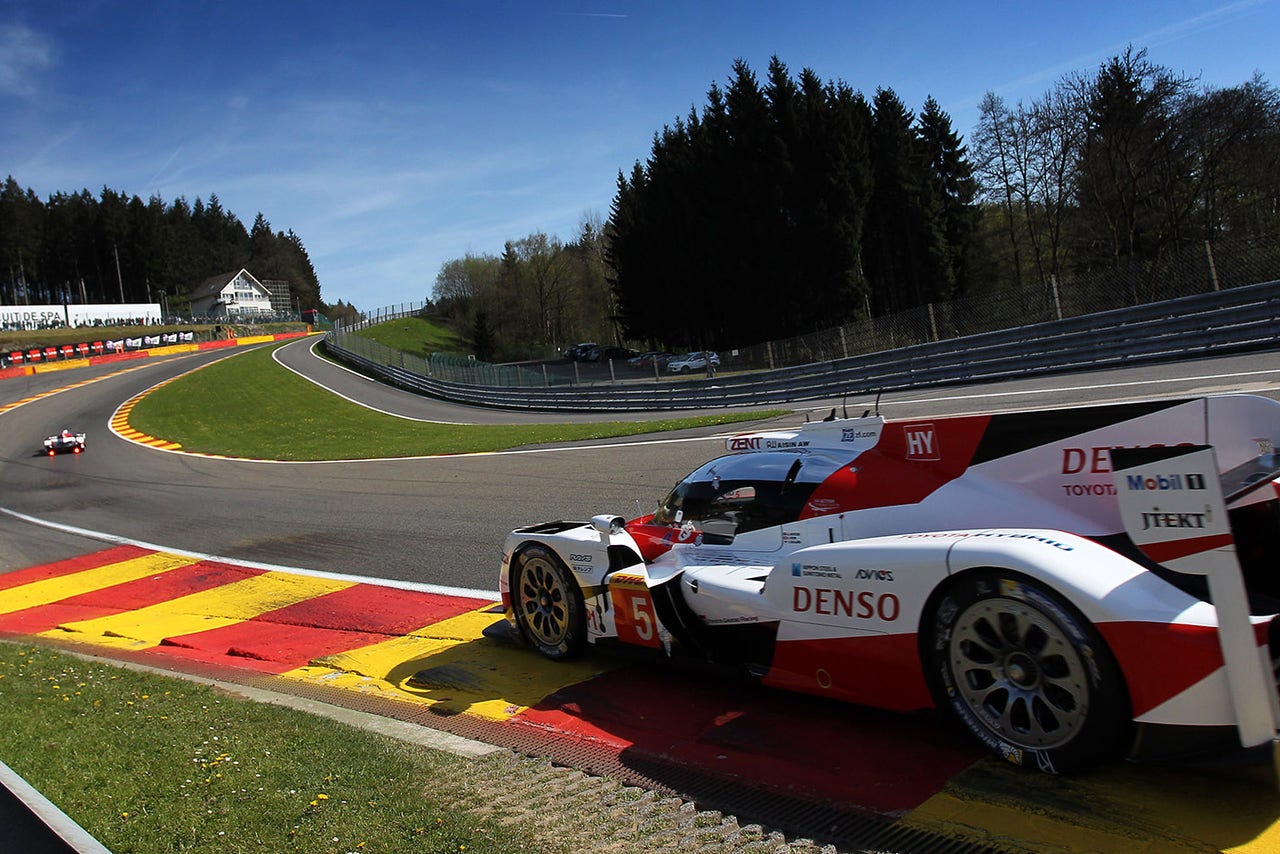 The WEC Six Hours of Spa is under the safety car with one hour to go following a major accident for the No. 66 Ford GT of Stefan Muecke.

Per Ford, Muecke was checked and released from the medical center, with no major injuries other than some bruising.

Trouble for the leader:

Kazuki Nakajima has been forced to enter the garage from the overall lead of the WEC Six Hours of Spa, with smoke pouring out of the back of the No. 5 Toyota TS050 Hybrid.

The Toyota had led the second round of the FIA World Endurance Championship season for almost four hours until a reported engine failure struck it with one hour and 55 minutes remaining.

Nakajima completed an in-lap with smoke coming out of the exhaust, until he entered the pit garage. Team members swiftly crowded around the front of the car, blocking it from view.

Toyota Gazoo Racing has confirmed that both of its cars have now retired from the race.

Toyota Gazoo Racing is still out front in the WEC Six Hours of Spa, with two hours remaining in the second round of the FIA World Endurance Championship.

Kazuki Nakajimi is at the wheel of the No. 5 Toyota TS050 Hybrid, one of only two LMP1 Hybrid cars that haven’t been hit with problems throughout the course of the race.

Oliver Jarvis is second in the No. 8 Audi R18, a lap behind. Neel Jani is in third, in the Porsche 919 Hybrid that suffered problems with its hybrid system early on in the race.

The No. 6 Toyota and No. 1 Porsche are both out of the race, although the latter did go back on track, 15 minutes before the two-hour mark.

These problems for the LMP1 Hybrid runners have played into the favor of Rebellion Racing, as the two Rebellion R-One AERs currently stand fourth and fifth overall, and so could be in shot of a podium finish.

It’s Signatech Alpine out front in LMP2, after Tor Graves in the leading No. 44 Manor Oreca 05 Nissan collided with Dominik Kraihamer’s Rebellion car, before a further collision into the tire barrier for the Manor car.

Therefore Gustavo Menezes leads in the Alpine A460 Nissan, while Matthew Rao is second in the other Manor car.

AF Corse has remained in the GTE-Pro lead, with James Calado currently ahead in the No. 51 Ferrari 488 GTE, and Davide Rigon second.

Four of the six hybrid LMP1 machines have had problems in the first two hours of the WEC Six Hours of Spa, while Nicki Thiim has had a strong impact with a tire barrier.

The first car to have problems was the No. 2 Porsche 919 Hybrid of Marc Lieb, which had hybrid issues just 20 minutes into the race.

Around 30 minutes later, Mike Conway collided with Victor Shaytar, resulting in significant cosmetic damage on the No. 6 Toyota TS050 Hybrid, which was later awarded a drive-through penalty.

With 75 minutes completed, the No. 1 Porsche which had led early in the race, had a front-left puncture. However, just 20 minutes later, and with Mark Webber now at the wheel, it picked up another puncture on the same wheel.

Soon after, the No. 7 Audi R18 also entered its pit garage with a broken floor, losing more than five laps.

This leaves just the No. 5 Toyota and No. 8 Audi without problems. Anthony Davidson leads in the Toyota, with the field just out of a Full Course Yellow period.

This yellow came as a result of a crash by Nicki Thiim in the GTE-Pro-class No. 95 Aston Martin V8 Vantage. He hit a tire barrier at considerable speed and flipped over.

Although the Dane exited the car unharmed, the tire barrier was damaged and so had to be repaired.

Sébastien Buemi leads the WEC Six Hours of Spa for Toyota Gazoo Racing after the first hour of the second round of the FIA World Endurance Championship.

Buemi started the race in fifth position, and had dropped down to sixth as the race got underway. Nevertheless, the Swiss driver put in a strong performance, which saw him battle it out for second with Lucas Di Grassi.

In the first round of pitstops, Buemi and the No. 5 Toyota crew decided not to change tires, allowing him to overtake Brendon Hartley for the overall lead.

Hartley had been out front since the start, in his No. 1 Porsche 919 Hybrid. At the end of the hour, Timo Bernhard has taken over the car and is in second, ahead of Di Grassi.

A lock-up for Mike Conway coming into the Bus Stop Chicane resulted in a heavy impact with Victor Shaytar’s SMP Racing machine, although it appeared to just be cosmetic damage for the No. 6 Toyota TS050 Hybrid.

Marc Lieb fellow down the field from second, with a problem with his Porsche’s hybrid system, and by the end of the hour he had been passed by both of the Rebellion Racing cars.

G-Drive Racing leads the way in LMP2, after a strong first stint from René Rast in the No. 26 Oreca 05 Nissan, while Will Stevens is in second for Manor.

Roberto Mehri spun Manor’s No. 45 Oreca 05 Nissan coming out of the first corner, while there was contact between Pipo Derani and Nelson Panciatici later in the hour.

AF Corse leads one-two in GTE-Pro, although Gianmaria Bruni usurped polesitter Sam Bird to put the No. 71 Ferrari 488 GTE into the lead.

In the pitstops, the positions swapped over again, with James Calado in the leading No. 51 car.

Paul Dalla Lana is out front in GTE-Am, for the No. 98 Aston Martin Racing crew. Rui Aguas had led for a while until he collided with Marino Franchitti.