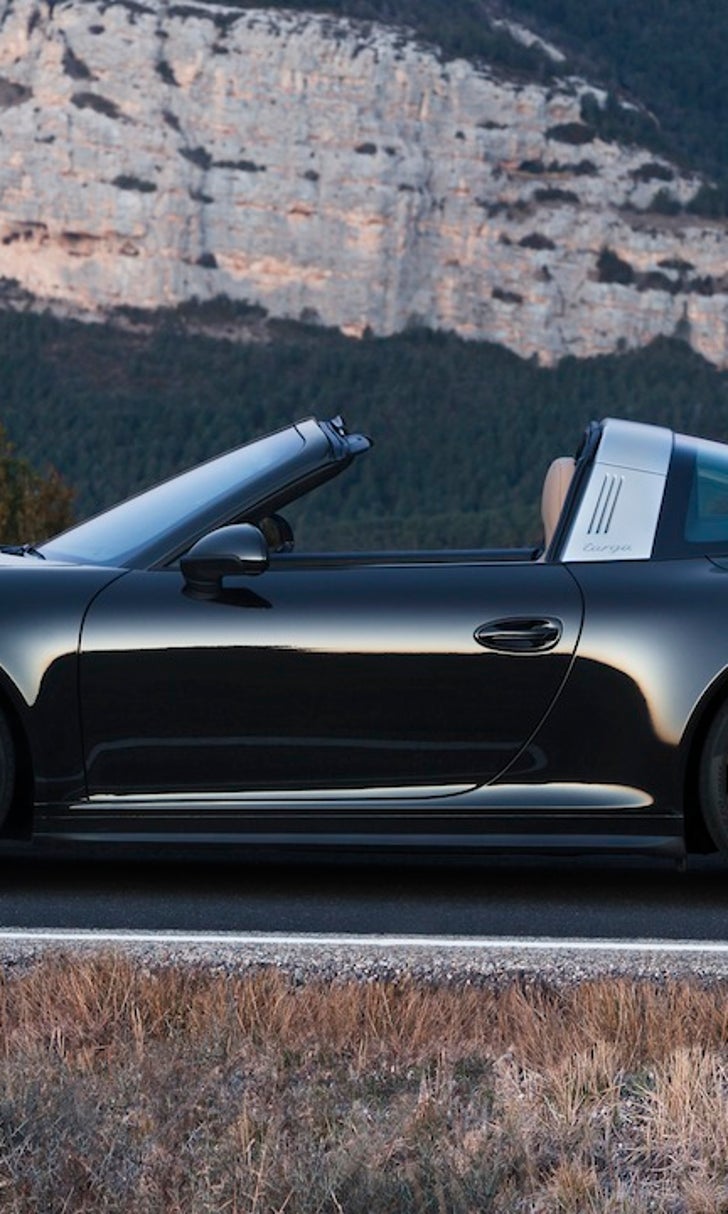 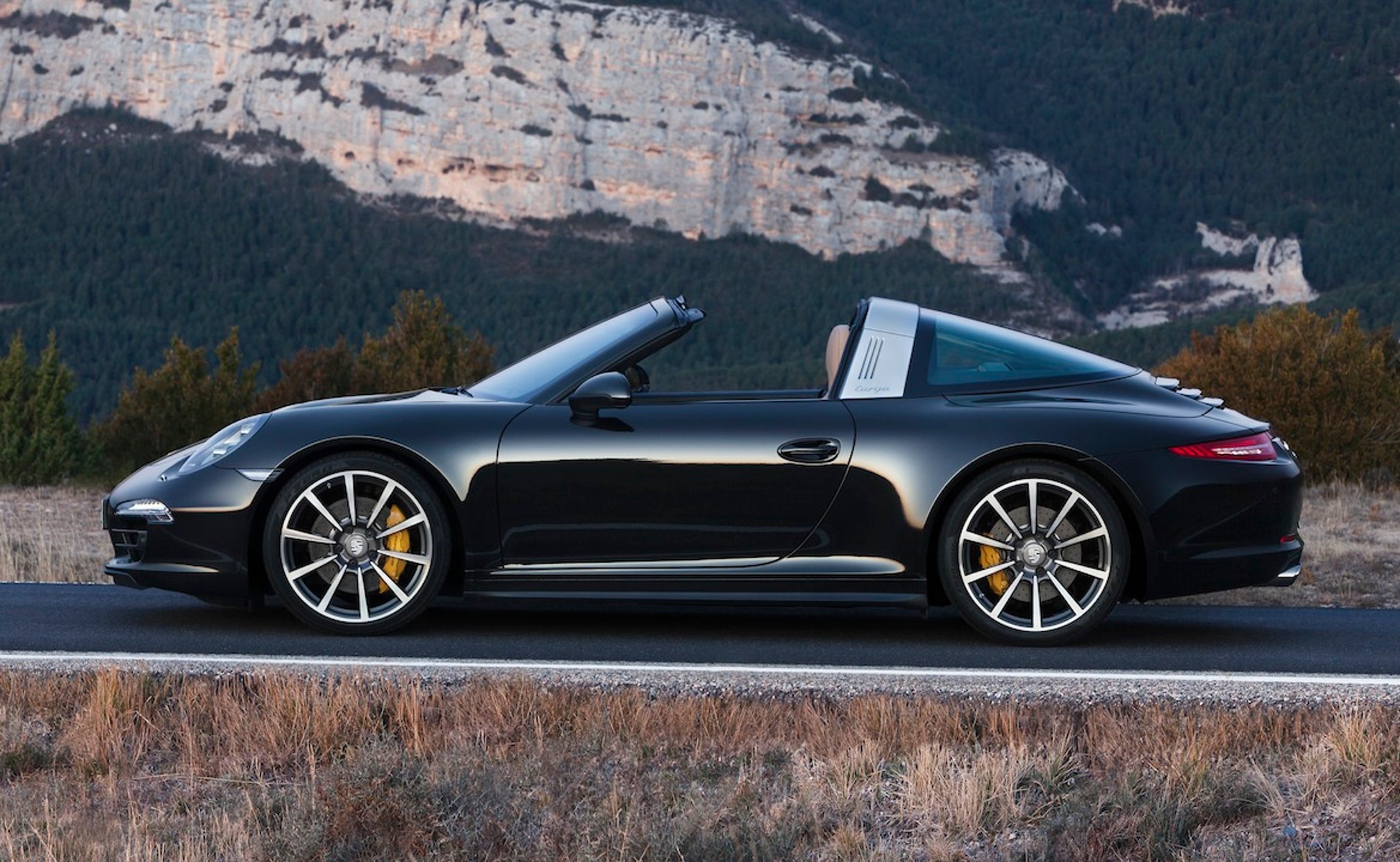 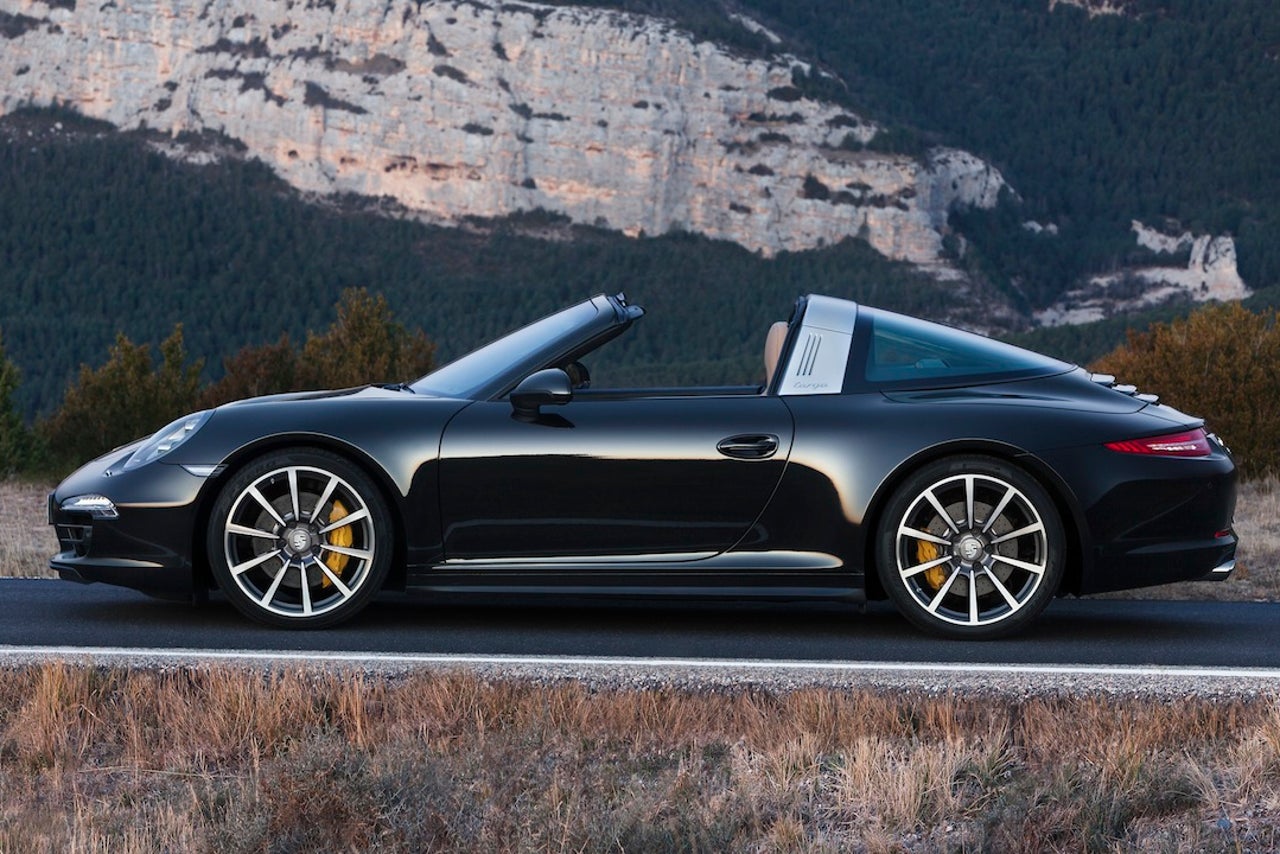 The Porsche 911 Targa is one of the most iconic car models of all time. Launched in 1967 as a safer alternative to convertibles, it persevered for more than two decades, even after the launch of the 911 Cabriolet, simply because its silver roll hoop is pretty cool.

Now that classic style has returned for 2015, but with a very modern twist that is proof positive the folks at Porsche have far too much time and money and mad genius at their disposal.

The original Targa was a very manual affair - and I'm not referring to the transmission, even though it didn't have an automatic back then. You had to pop out the removable section of the roof, scrunch it up and find somewhere to stow it. Many owners simply tossed it onto the otherwise useless back seats, but that sort of thing just won't cut it today.

Instead, the entire process has been turned into one of the most over-engineered mechanized productions this side of a retractable-roof sports stadium, and it's almost as entertaining to watch as a 911 is to drive.

First, the rear window and all of the bodywork above the fenders is lifted up and toward the back. It dips down far enough to cover the brake lights, so you're not permitted to perform the operation while the car is in motion. Then, two arms pick up the roof and carry it to the storage area - flaps on the corners of the hoop popping open so that they can clear it - and gently place it there to be covered up again by the rear window section. The full choreography takes about 20 seconds.

Rube Goldberg would love it. Whoever invented the stick figure might have issues but would probably still enjoy the show. It's a folly, and one filled with a beautiful irony: Today's Targa is based on the platform of the current 911 Cabriolet.

So what's the point? Well, there actually are a couple of advantages. While the 911 Cabriolet has roll bars that pop up if the car flips over, the Targa's hoop protects you in that situation and it makes the chassis stiffer, improving ride and handling. Plus its wraparound rear window offers better visibility than you get in the coupe.

But, who am I kidding? It's all about the look, and feeling like you got what you paid for.

The Targa is available only with all-wheel-drive to better position it as an all-season drop-top, and it has the sexier widebody 911 design that goes with it. A Targa 4 costs $102,595 ($1,330 less than the Cabriolet) and comes with a 350 hp 3.4-liter flat six cylinder and a standard seven-speed manual transmission. The Targa 4S that was tested had a 400 hp 3.8-liter six with the optional seven-speed dual-clutch automatic. It goes for $121,275.

To that you can add all of the goodies available on most other 911s, including a sport exhaust, the Porsche Dynamic Chassis Control suspension system and leather-trimmed air vents. It's a couple of hundred pounds heavier than the coupe, but you'll never know the difference on public roads. The Targa 4S can sprint to 60 mph in 4.4 seconds, break wind at over 180 mph and thread its way down a mountain road with ease.

The platform is solid, and I heard only a couple of squeaks come from that clamshell in the rear. With the roof open, the windows up and the heated seats on full, the cabin is reasonably temperate, even on a sub-freezing day like I got stuck with.

Would the convertible be any less comfy? Probably not. They're pretty good with the top down these days and as quiet as a coupe when closed. But there's still nothing sadder-looking than a convertible with the roof closed. The Targa, on the other hand, looks good all the time.

That's all that matters, right?