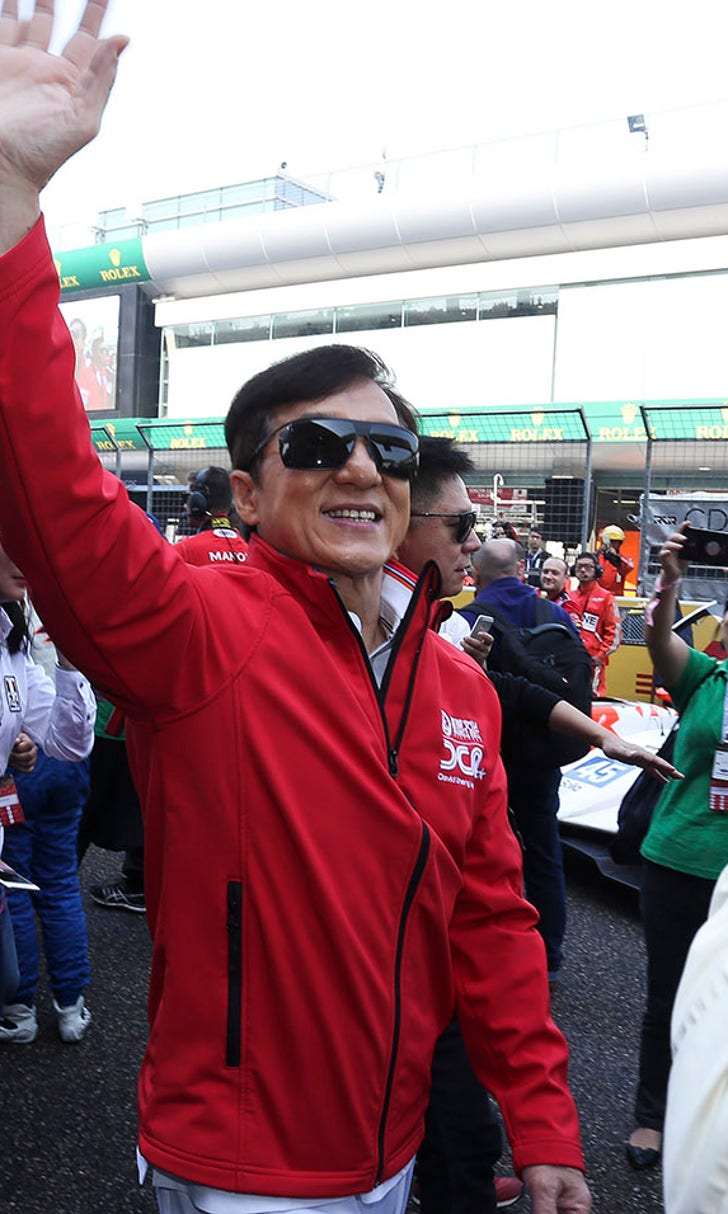 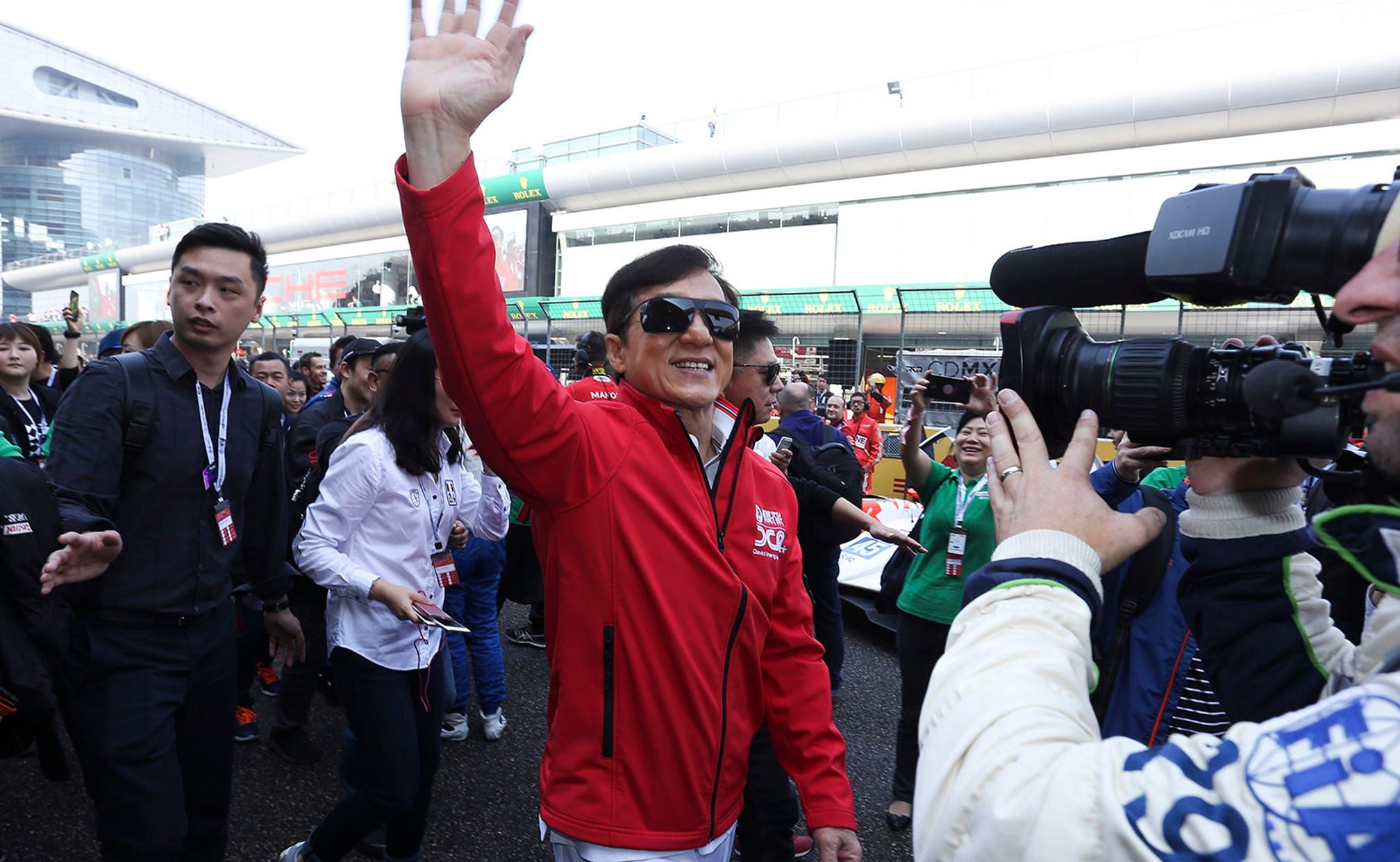 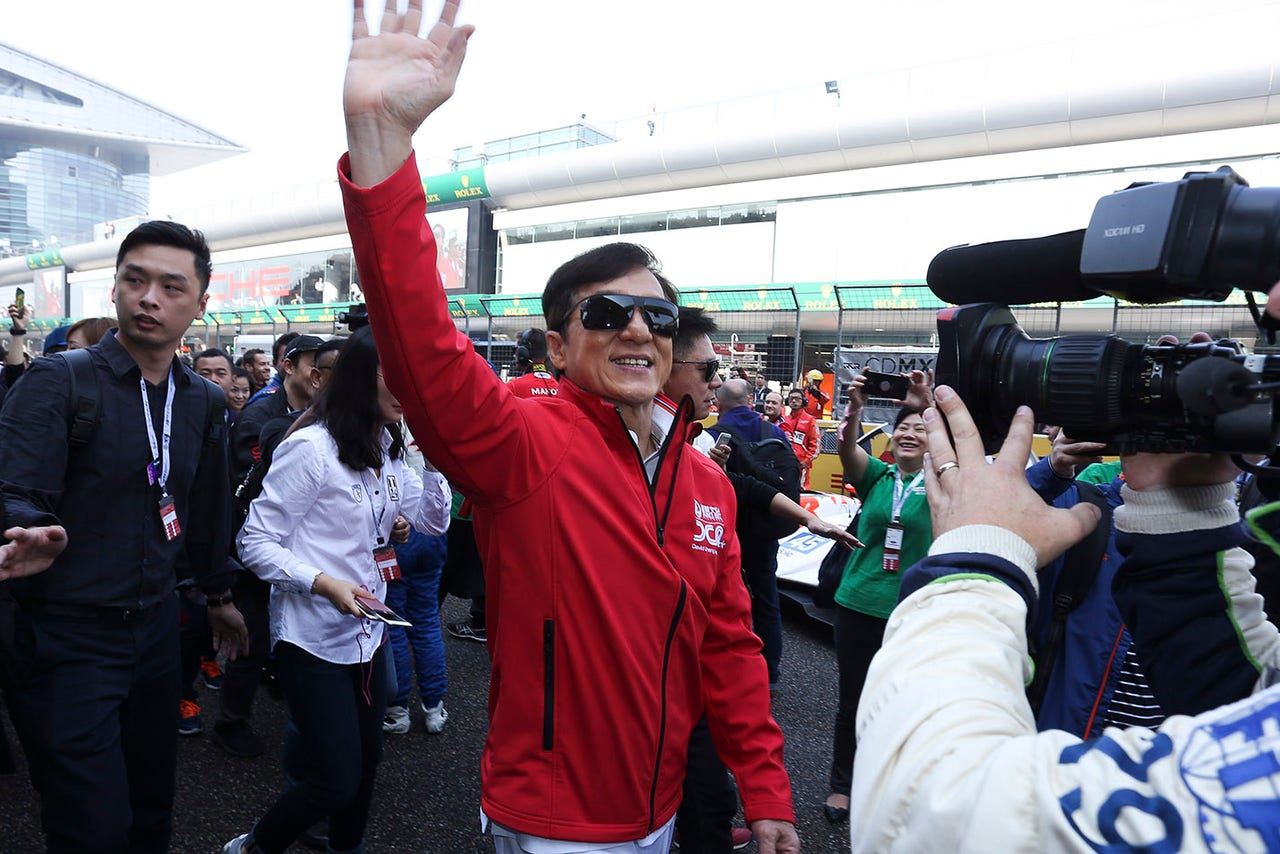 While the FIA World Endurance Championship has gained mainstream attention through the efforts of Patrick Dempsey, there's been another Hollywood star that's recently taken the spotlight in Jackie Chan, who, together with David Cheng, teamed up to create the first LMP2 team from mainland China.

Three-time Asian Le Mans Series champion Cheng, who grew up in Seattle, and the internationally renowned Chan, the star of countless martial arts/action movies, formed DC Racing in 2015, before taking the team onto the world's stage, and its debut in the 24 Hours of Le Mans this year.

FOXSports.com caught up with Chan during last weekend's WEC round in Shanghai, where he served as the event's Grand Marshal, to get his thoughts on sports car racing, his venture with Cheng, as well as the future of motorsports in China.

How did you get your start in racing and what sparked your interest?

"About 35 years ago, I started a championship charity foundation in Macau. I invited 15 actors to drive the same kind of car, but all automatic [transmissions] with professional drivers on the side. Almost every year, we were in Macau, and later on Zhuhai and also in Shanghai.

"I was also involved in the Paris-Dakar [rally] for a few years, as well as the Beijing-Hong Kong rally... All kind of things.

"I love to drive on the racetrack but my company, my manager, and especially insurance, they don't want me to do it. That's why I wrote a script called 'Thunderbolt,' a movie about a professional racer [in 1995].

"I was involved in races for so many years but I stopped when my movie career was getting so busy... But then after I met [David] he wanted me to support [him] and get more famous people [involved]."

When did you first meet David and how did you come up with the idea of building this team?

"I was visiting a school in Wuhan.... when I met the young guy. I thought he's a talent. All these years, [we haven't had a] Chinese team in car racing. Suddenly we have a new talent, so why don't I start talking?

"I think it’s his request [to build the team]. He wanted have someone [to] sponsor him and attract more attention.

"We participate in many kinds of sports, but there’s not a [well-known] Chinese racing driver. There’re Germans, Italian and French, but no Chinese. Suddenly David showed up.

"It's good and he’s a young man who needs my support. So I got his back and said, 'If you can become a [continental] champion, I will go to Le Mans with you and you can have my Dragon Mark.'"

How was your impression of the 24 Hours of Le Mans?

"I went to France with them. But it was a pity [because the car crashed] because of engine problems.

"But we were so glad that we won the Road to Le Mans [support race]. When we won, I saw a French flag, an American flag, and a Chinese flag rise up in the middle of them. It was the first time [at Le Mans].

"I was there to present this award, and a lot of Chinese were there to sing Chinese national anthem together. At that moment, you were just like... Wow. You were so moved, and felt tears in your eyes.

"I hope that whether we are in LMP2 or LMP1, if we can [race in] it, we can be the champion. I think there’s one day that a Chinese driver will be the Le Mans 24 Hours winner... We hope we can create the first World Champion Chinese driver."

You're going to receive an honorary Oscar this month. What does that mean for your career?

"Of course for anyone in the film industry, an Oscar is the dream. For me, an Oscar was so far away because I only make comedy/action movies. I think the Oscars never accepted these kind of movies to nominate as the best actor. They don't have a best action sequence... Nothing.

"I've presented them as awards, touched it, and said, 'You know, I really want one.' Finally, after 56 years in the film industry, after making hundreds of movies... This year they called me and I still couldn't believe it. I said, 'This is Jackie Chan, are you sure you are not calling the wrong person?'

"It's so honorable. That means all of those years... with the movies I've made and the words I've said... I really have to thank the members of the Academy."

Do you have ambitions to produce a racing film in the future?

"Making a racing film would be a lot of money and a lot of cars! I did it before. But yes, if we have a car company's support and the support of Le Mans. We have a race track now in Shanghai.

"I think first you'd have to find a good story. I think there's a lot of young people in racing that would like it. If I had a good script, definitely, yes.”

Racing is still a new sport in China. How will you use your influence at home and abroad to raise the awareness for Chinese and let westerners know that Chinese people are racing?

"Racing needs to be slowly accepted. You can see from [the WEC race in Shanghai], and there’s 50 races in [China] this year, so it proved that Chinese people like racing more and more.

"You think racing is just about cars, but there are a lot of philosophies in it. Today we can drive [with technologies developed from racing].

"Racing is a world class sport, so I hope more people can come to our country to participate in our races. As China has a great industry in car [production], racing is very important for our development and research."