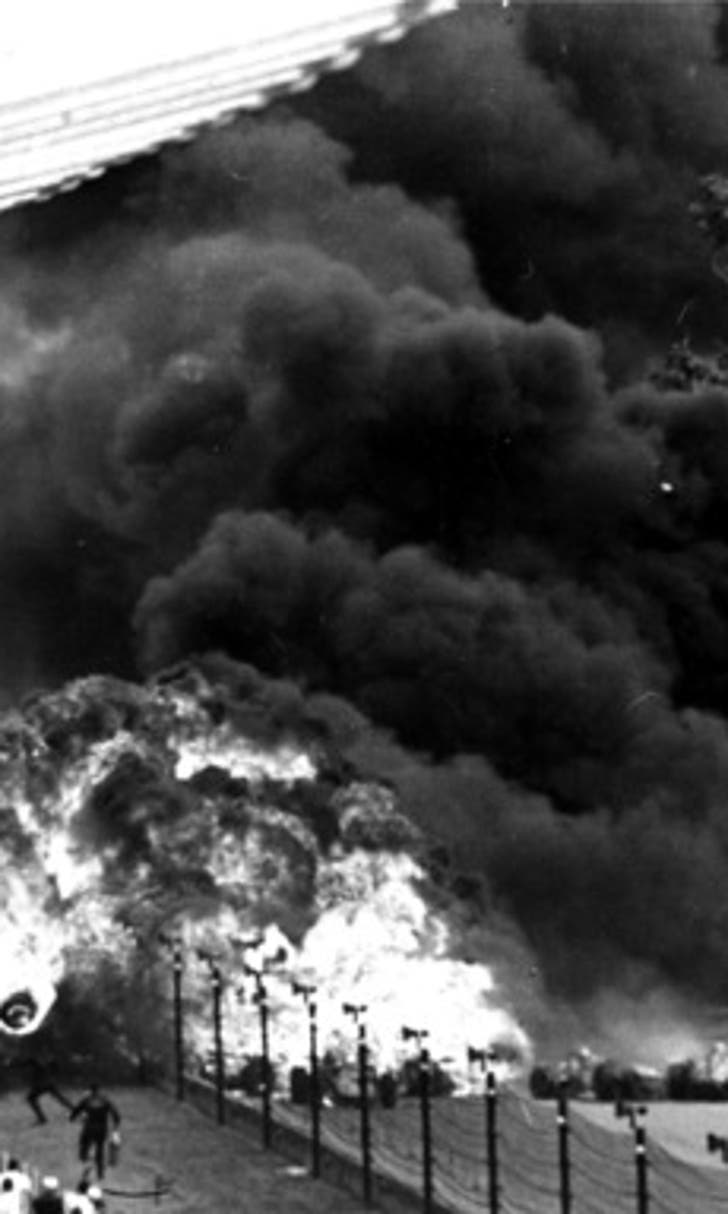 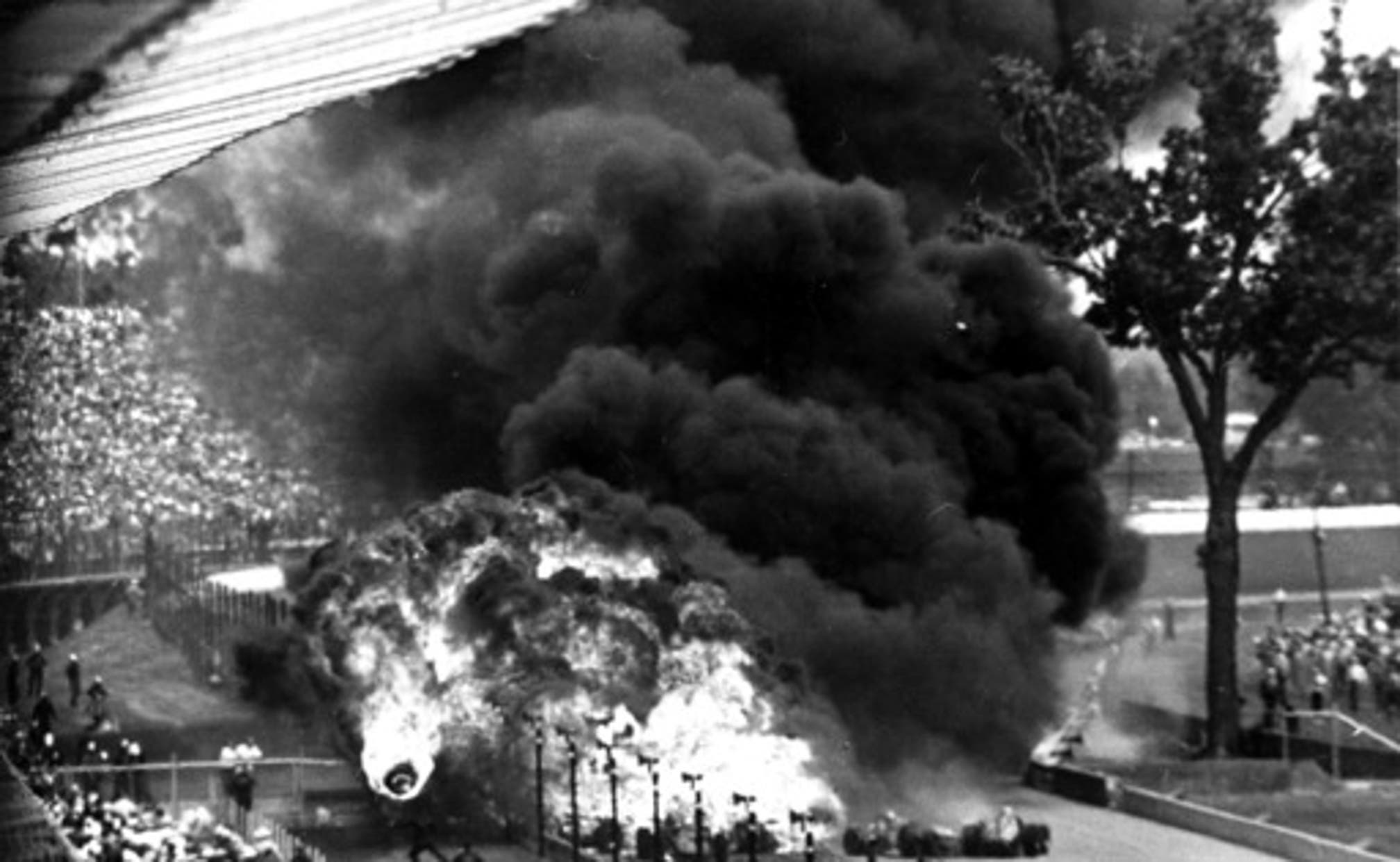 INDIANAPOLIS (AP) The Indianapolis 500 is full of significant moments, from the return of racing in 1946 to the celebration of four-time race winners, stirring finishes and tragic deaths. With the 100th running of one of the world's most famous races set for May 29, The Associated Press looks back at some of the most memorable moments in race history in a chronological and completely subjective list:

1911: The Indianapolis 500 could not be the race it is today without Ray Harroun's creativity in the Marmon Wasp. He ditched the riding mechanic and instead relied on the rear-view mirror and a relief driver. Until Harroun arrived, the 2.5-mile speedway had been used primarily as a test track for the city's budding automotive industry. Harroun's 1 minute, 43 second victory in the inaugural race, which took 6 hours, 42 minutes, 8 seconds, proved drivers could turn a marathon into a sprint, a legacy that plays out each May.

1936: After becoming the first three-time winner of the 500, Louis Meyer celebrated his 1936 win by chugging a bottle of buttermilk. The unusual choice after a race that lasted nearly five hours was embraced by dairy farmers and has become one of the most unique traditions in sports. While race winners didn't choose milk from 1947-55, the celebration was revived in 1956 and has been used annually every year since with one notable exception. In 1993, Emerson Fittipaldi, an orange-grove owner, tried orange juice before swigging the milk after being told of the faux paus.

1946: Indianapolis Motor Speedway closed its doors to racing in 1917 and 1918 because of World War I, but it was the closure during World War II that posed the biggest threat to the historic venue. Three weeks after the attack on Pearl Harbor, speedway President Eddie Rickenbacker canceled the 1942 race. The federal government banned automobile racing in July 1942, and when the war ended in 1945, the track was in disrepair. Tony Hulman Jr., a businessman from Terre Haute, Indiana, bought the track in November 1945 and refurbished it in time for the 1946 race. His descendants still run the track.

1964: On the second lap, a double fatality made it a day to forget. Rookie Dave MacDonald lost control of his car in the fourth turn, hit the inside wall and the car exploded on impact. MacDonald's flaming car slid across the track into the path of Eddie Sachs. That crash caused a second explosion. Five more cars wrecked in the thick, black smoke that engulfed the front straightaway, forcing the race to be red-flagged more than an hour. MacDonald and Sachs were killed. A.J. Foyt won the race, and in '65, the race was televised for the first time.

1969: Andy Granatelli's creativity changed racing. He introduced super-charged engines with almost as much horsepower as other cars. He introduced the turbine engine. He was a master publicist, turning STP into a household brand. But for most of the 1960s, Granatelli was known more for innovations than wins. Mario Andretti changed all that in 1969 when he held on for his first and only Indianapolis 500 victory. It didn't take Granatelli long to provide one of the race's most iconic images when he caught up with Andretti in victory lane and surprised him by planting a kiss right on Andretti's cheek.

1970-current: Fans often joke that the four most famous words in motorsports are ''Mario is slowing down.'' Amazingly, the Andrettis have not driven into Indy's victory lane for more than 45 years. Since 1969, mechanical failures, crashes, bad luck and even what amounted to a recount in 1981 have derailed the family. Mario's son, Michael, led more laps than any other non-winner. Michael almost helped his son, Marco, end the curse in 2006. But Sam Hornish Jr. passed Marco in the final straight and the youngest Andretti settled for second. One saving grace: Michael has won three 500s as a team owner.

1973: Drivers Art Pollard and Swede Savage and crew member Armando Teran were killed in May 1973 and another driver, Salt Walther, somehow survived a frightening, pin-wheeling crash. Walther's car got into the catch fence, breaking it and showering the crowd with debris and leaving Walther with severe burns. The worst was yet to come when Savage's car made a sharp left coming down the front straight, slammed into an inside wall and caught fire. Amid the chaos, fans began screaming again when they saw a safety team driver hit Teran, throwing him an estimated 50 feet in the air. Savage died more than a month after the race.

1977: At the time, the significance of the victory lap may not have been clear. Sure, A.J. Foyt was celebrating his record-setting fourth race win. But few expected it to be Foyt's last win or that they would see Tony Hulman sitting side-by-side with Foyt and waving to the crowd. It was the only time Hulman ever participated in the victory lap at the track he owned and he never got another chance. Hulman died almost exactly five months later.

1982: One of the best races in history began in ominous fashion with Kevin Cogan running into both A.J. Foyt and Mario Andretti just as the green flag waved. By the end of the day, it became a two-car chase with Rick Mears trying to catch Gordon Johncock. Mears had him in his sights at the end. But Johncock took advantage of a rare splash-and-dash pit stop late in the race, taking just enough fuel to hold off Mears by 0.16 seconds in what was then the closest finish in 500 history. Four-time winner Mears had to settle for his only runner-up finish in 15 career Indy 500 starts.

1985: Danny Sullivan returned home to America from Formula One in 1984. A year later, he celebrated his greatest moment in racing. Sullivan appeared doomed when his car started to spin on Lap 120. After going a full 360 degrees, though, Sullivan regained control of the car, returned to the pits and eventually caught the leader, Mario Andretti. Sullivan went on to win his only 500 title with one of the most remarkable saves on record.

As the racing got tighter, so did the finishes. Al Unser Jr. held off Scott Goodyear by 0.043 seconds in 1992. Goodyear finished second to fellow Canadian Jacques Villeneuve in 1995 because of a late-race penalty for passing the pace car during a caution period. Sam Hornish Jr. maneuvered his way past Marco Andretti in the closing yards in 2006 to win by 0.0635 seconds. In 2014, Helio Castroneves lost to winner Ryan Hunter-Reay by a scant 0.06 seconds.

1995: For most of the past 47 years, Roger Penske has been the epitome of consistency. He has 16 Indianapolis 500 titles and 17 poles, both records. But in 1995, Penske was reminded what it's like to be just another guy. One year after the longtime team owner dominated Indy with his untouchable Mercedes engines, Penske couldn't get defending champion Al Unser Jr. or Emerson Fittipaldi qualified for the race on opening weekend. Penske pulled out all of the stops over those two qualifying weekends, but nothing worked and Penske wound up going home without a qualifier for the first and only time of his Indy career.

1996: Tony George, the grandson of Tony Hulman, made it clear before the end of the 1995 season IndyCar racing was changing. He wanted to reduce costs, level the playing field and run primarily on American ovals. Except for A.J. Foyt, most of the others big-names stuck with CART. The open-wheel split damaged IndyCar's image. Eventually, Penske, Chip Ganassi, Michael Andretti and most other big-name teams returned to IndyCar because they needed Indy. George was eventually forced out as head of the series and the speedway, but Champ Car folded and now top American open-wheel racing runs under the single IndyCar banner.