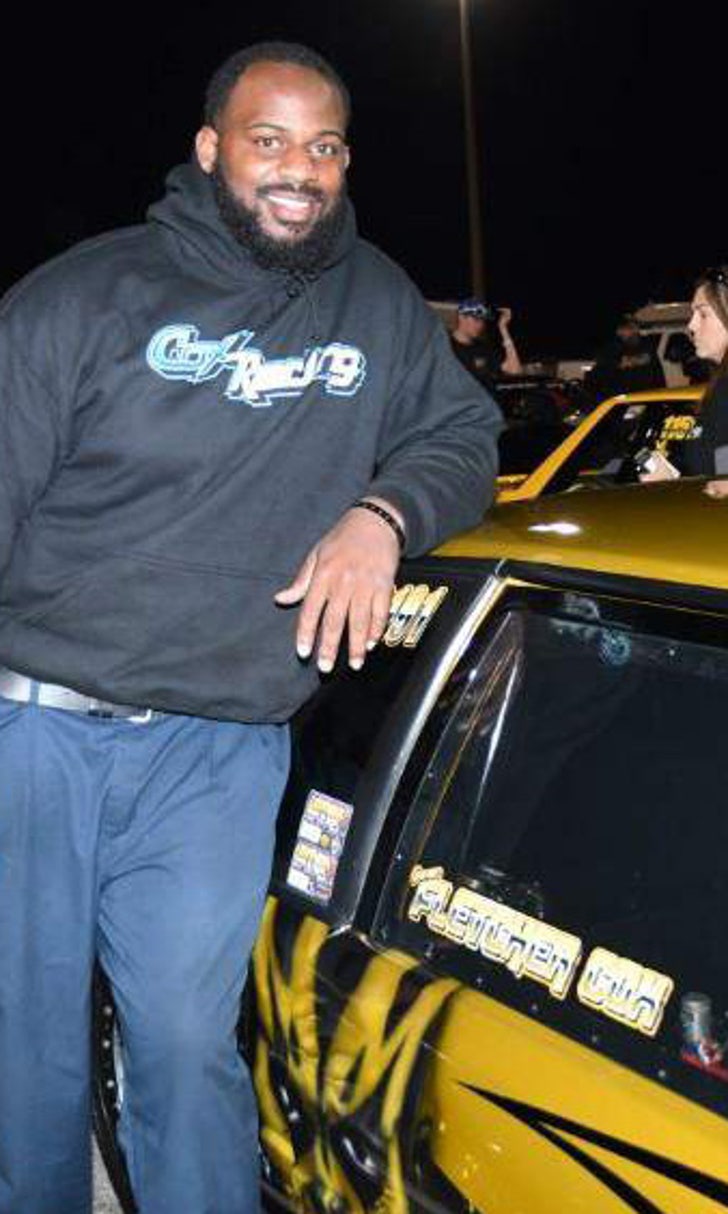 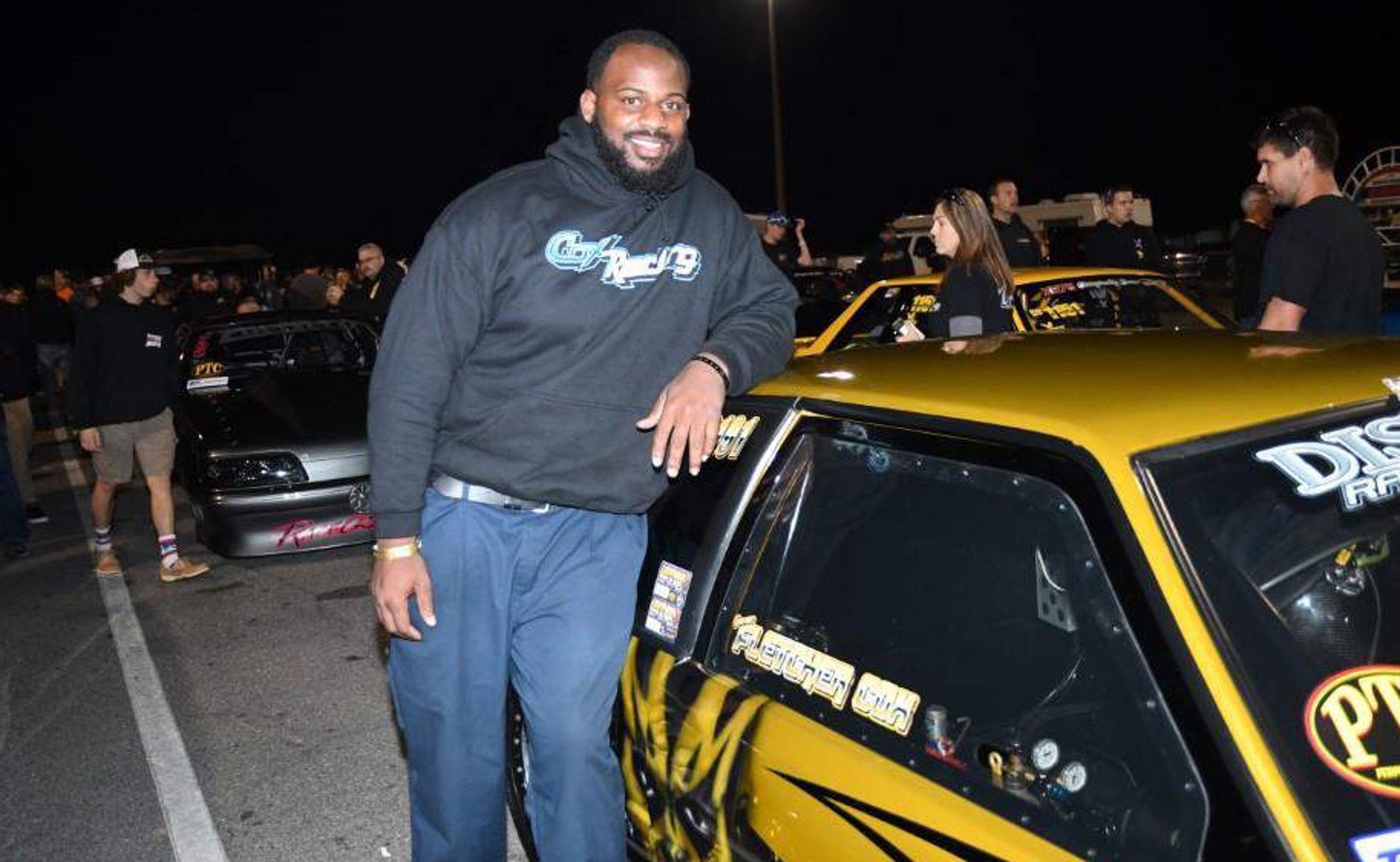 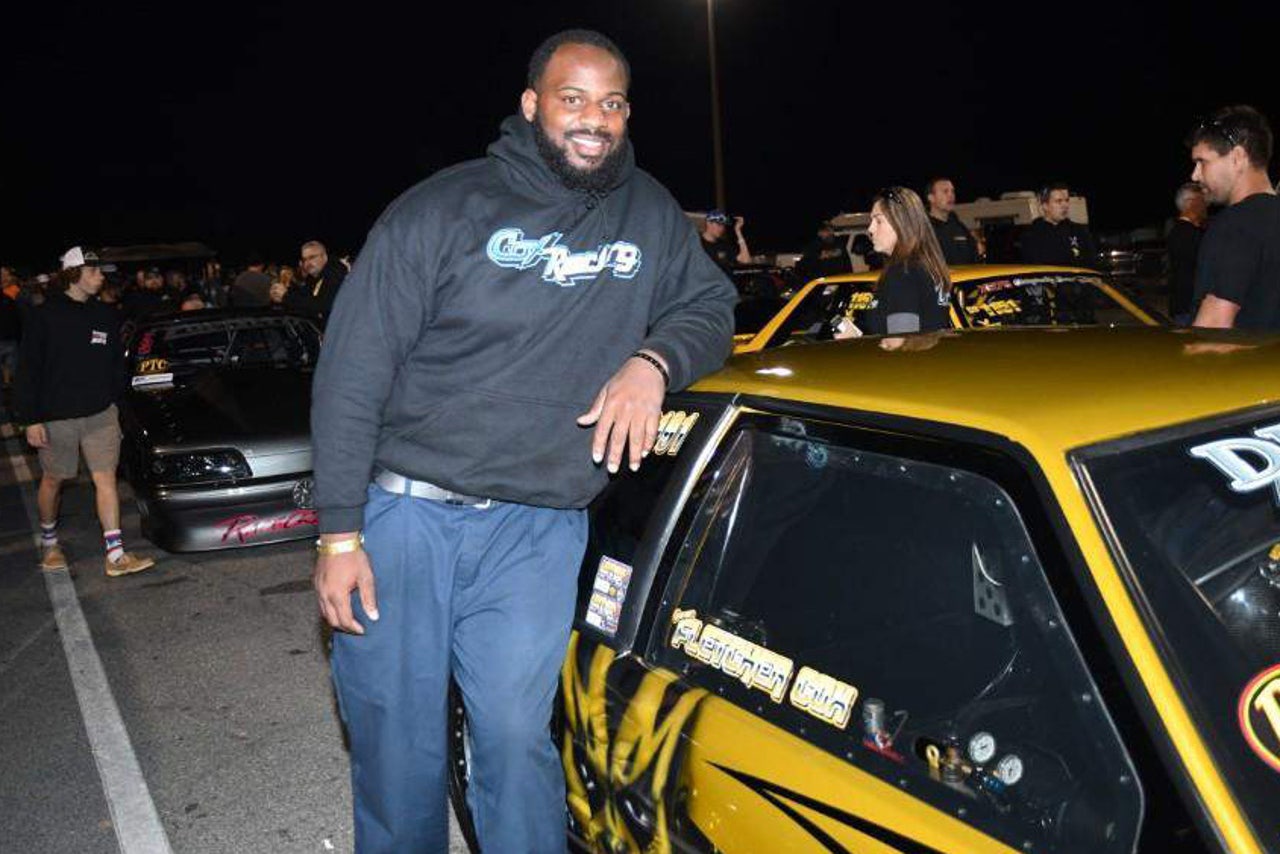 Philadelphia Eagles defensive tackle Fletcher Cox has a diversion which is a beast of another sort.

Cox, drafted 12th overall in 2012 out of Mississippi State, fields a high-performance Mustang driven by Shawn Ayers, and covers the eighth-mile drag strip in four seconds.

The Cox Mustang is a bit of a hybrid, combining the best of both worlds in high-performance street and all-out drag racing vehicle. And while the nitromethane drag racing scene is the king of the drag racing world, the volatility of a 2,500-horsepower race car racing down the track on drag racing-specific radial tires has made this style of racing a hit amongst the smaller venues.

"It is really my escape," admitted Fletcher. "I love the game of football. Honestly. That’s what I live for, that’s what I do. But besides the getaway part with football, I mean it gives you that peace of mind to actually to come drag race and give you time off not to think about football.

"I could be here and not think about football, and that’s just the way the offseason goes for me. Normally it’s hunting, fishing, and drag racing. Working out, of course, training and getting ready to go for the next season. But this getaway right now is what I look forward to every year."

Cox and his team competed in the Lights Out 8 national drag race, a major event for cars which race this odd combination of high horsepower vehicles on narrow radial tires and hosted by an NHRA sanctioned track in Valdosta, Ga.

Cox fields his share of admiring drag racing fans, who seek their opportunity to get up close and personal with the 6-foot, 4-inch, 320 pound NFL superstar for either a selfie or an autograph. He's just fine with the interaction, even if the fan pulls for a rival team. After all, drag racing is the bond which seals their indirect acquaintance.

"People know I’m probably one of the nicest people, that I don’t mind taking a second to take a picture with somebody," Fletcher explained. "It doesn’t matter who it is. You never know. Especially kids. I don’t want the kids to walk up and not be able to take a picture. Because you never know what could happen. I just enjoy every moment of it, man. Just living and enjoy the opportunity and I’m just happy to be here."

Drag racing, unlike the National Football League, isn't a job for Cox.

Cox understands getting to play in the NFL isn't a right, it's a privilege, and rightfully one he cherishes. He's very much serious about his occupation both during his time on and off the job.

"It’s a job, and you have to approach it that way," Cox said. "You’ve got to look at it as you and me sitting here, you’ve got to look at it as a job. I’m there from 8-5 every day. It’s not easy. I tell anybody that. People only see what goes on on Sundays. The hard work is put in during the week with meetings, and practice and workouts and you have to be mentally focused and physically ready to go on Sunday."

Cox understands he's not the only NFL player to choose drag racing as an escape, and more specifically he's the third high-profile defensive lineman to participate in the straight line sport.

Hall of Famer Alan Page once fielded a Super Stocker in the 1970s, and past Oakland Raiders draft pick Tyler Brayton raced on an amateur level.

"It’s got to be a natural fit for us big guys," Cox said with a smile. "They love to see stuff go fast. A lot of people ask me if I will ever drive. Maybe after football or something. But as of now, I think the main focus is right is to be around and be involved. A lot of people are shocked that I’m active in the pits. I’m not one of those guys that just show up."

Gearing up for the big game, or the big race; in Cox's world, they are one in the same.

"It’s about the same," Cox said. "I think the way we approach it is the way that it comes out. As a team, we have to have everybody together working together. Here as a racing team, to get all this stuff done, it’s the same way as football. You’ve got to prepare and have everybody working together, giving all the effort they’ve got, being here physically here and mentally ready to work on the car, and being physically and mentally ready to go play a football game, the approach has to be the same."

Before he became a football superstar, Cox always wanted a spot in the drag racing world. Football turned out to be a means to an end.