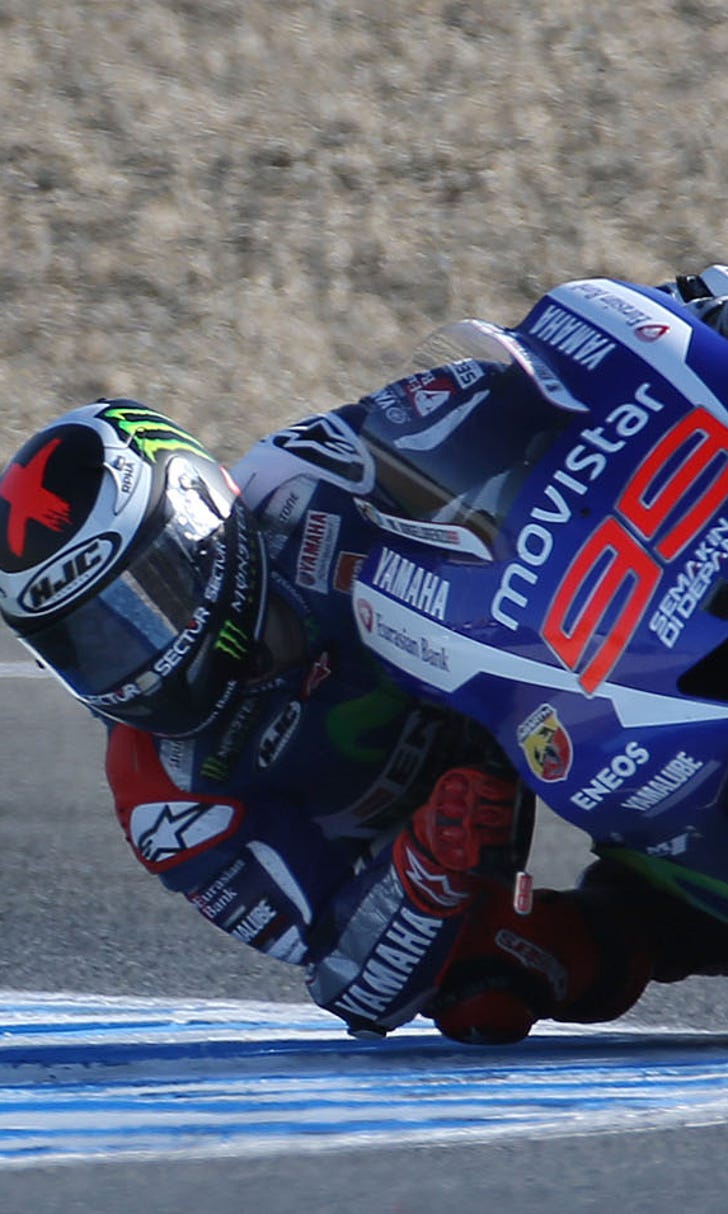 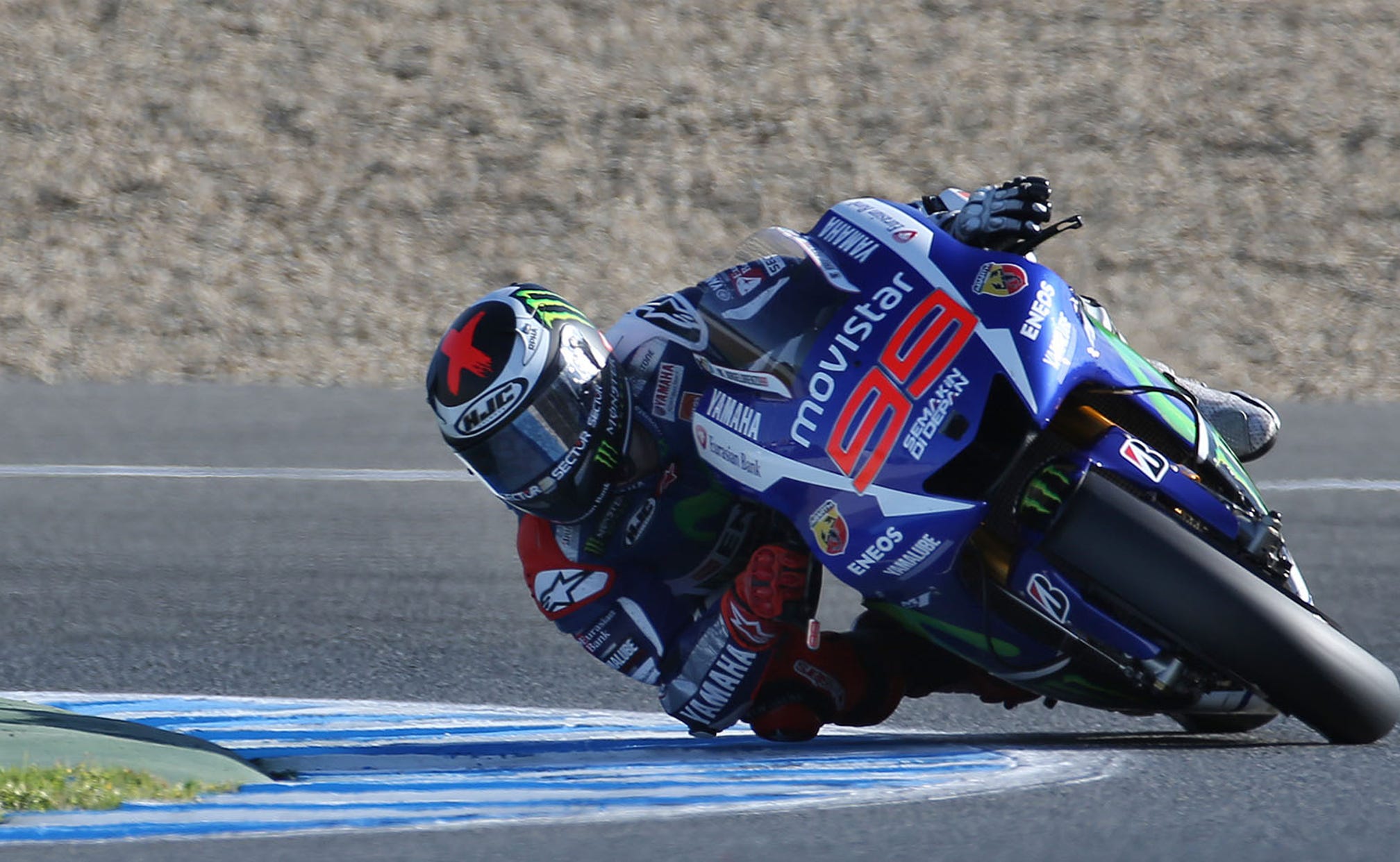 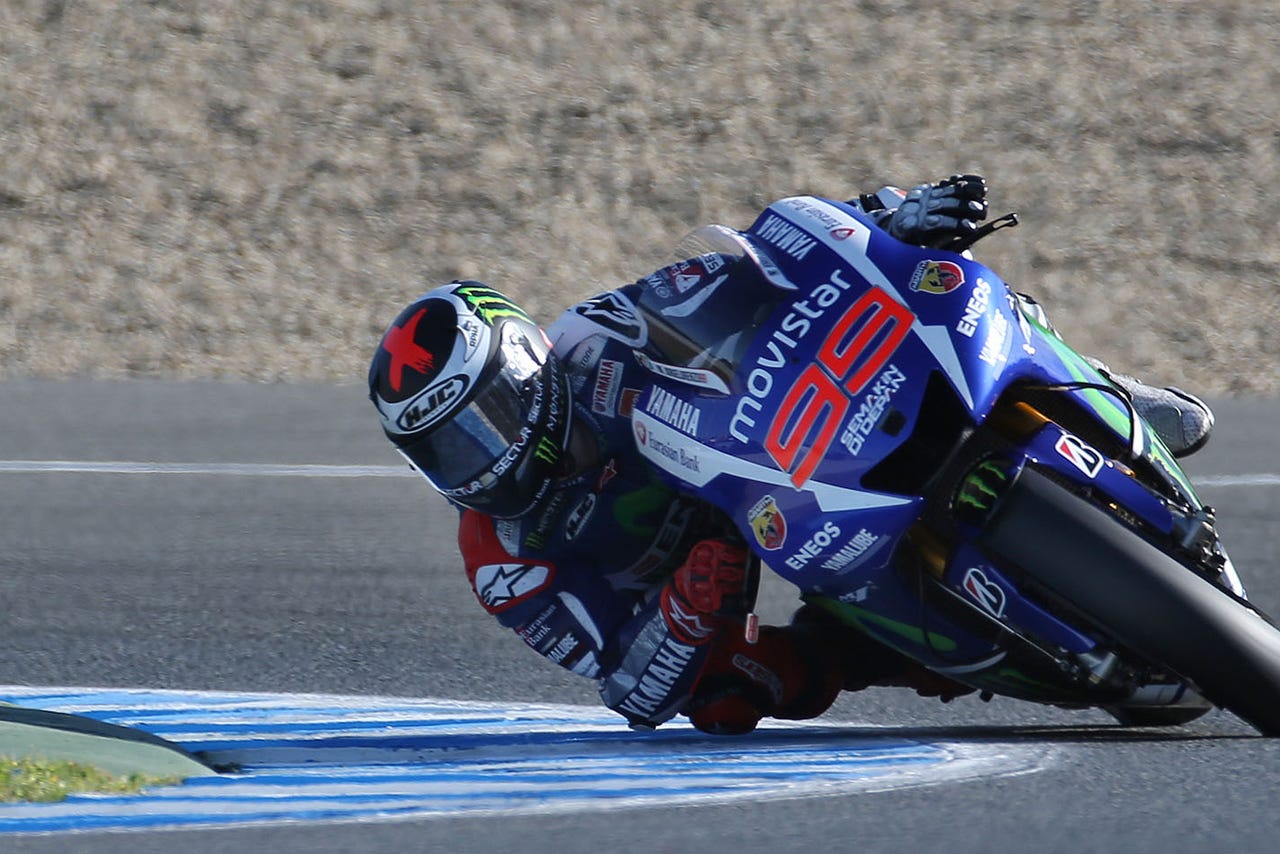 Jorge Lorenzo has claimed his first pole of the season by smashing the Jerez lap record in advance of Sunday's Spanish Grand Prix.

The double world champion is back to his best form and primed to win his first race of a so far disappointing 2015 season.

Lorenzo is yet to finish on the podium with Valentino Rossi (Qatar and Argentina) and Marc Marquez (Texas) sharing the race wins so far.

Lorenzo's pole lap for his home race was a 1m 37.910s taking 0.2s off the record previously held by Marquez. It was the fastest ever motorcycle lap at the 2.74-mile Jerez circuit.

The stunning performance in qualifying by Lorenzo was a timely celebration for his new contract with Yamaha, confirming on Friday they have taken up a 2016 option.

Lorenzo sits fourth in the points and came to Jerez promising to show that he can be fast again after lackluster rides in Texas and Argentina.

Lorenzo is joined on the front row for the Jerez race by Marquez - who is suffering with a fractured finger in his left hand - and Ducati rider Andrea Iannone.

In sunny and hot conditions, Lorenzo was impressively fast both with his race setup in practice and then for his low fuel time attack run for pole.

"Honestly I am impressed by doing this pole lap of 37.9, it wasn't easy in these hot conditions and on my third run I pushed deeper on the brakes and used more lean angle," Lorenzo said.

"But the race is another story and 27 laps here is always difficult physically especially when it is so warm."

Lorenzo squeezed three qualifying laps into the 15-minute session a strategy normally adopted by Marquez who did just two runs after crashing in the final free practice session.

Rossi will start fifth having qualified on the second row, that he shares with Yamaha rider Pol Espargaro (fourth) and Suzuki's Aleix Espargaro (sixth).