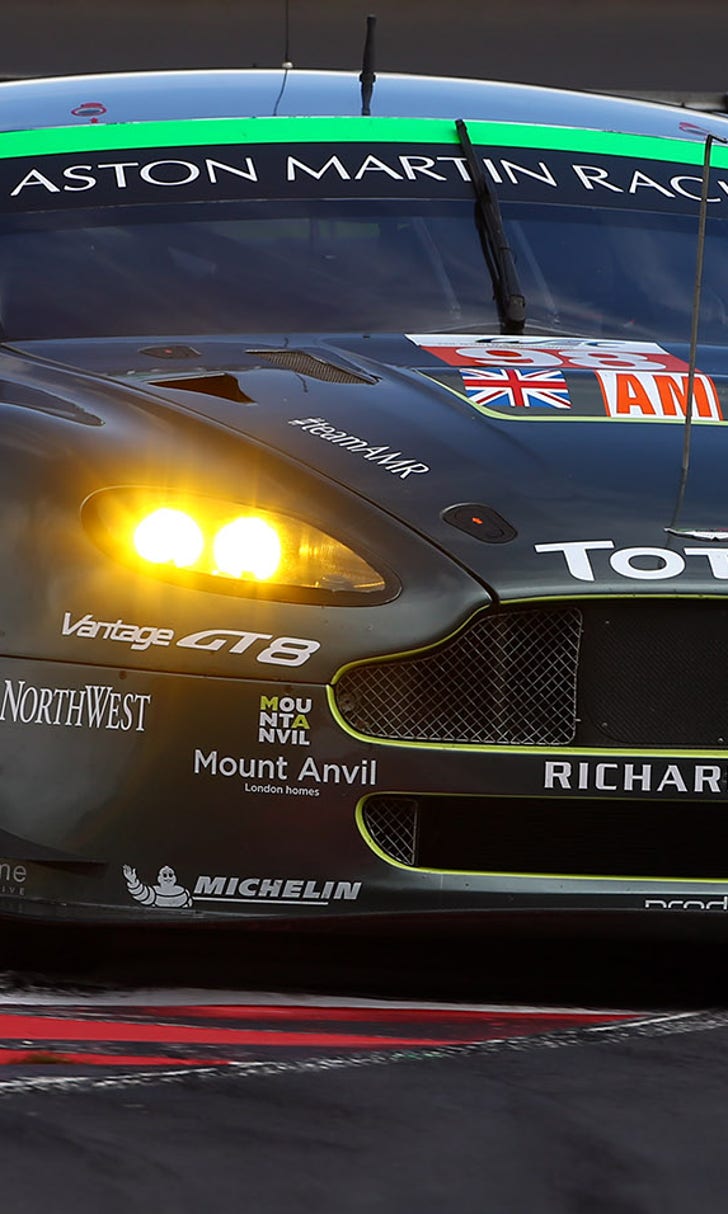 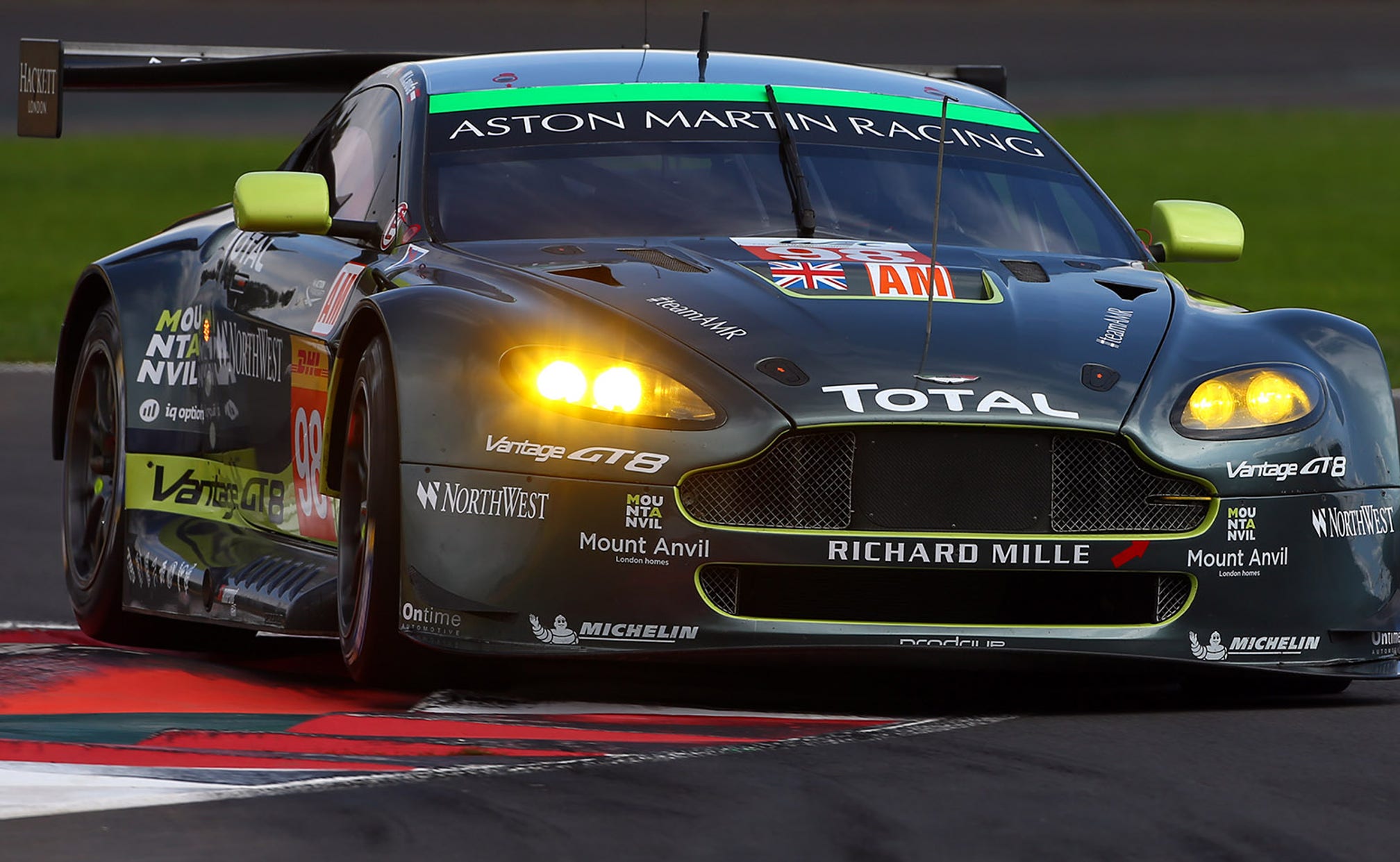 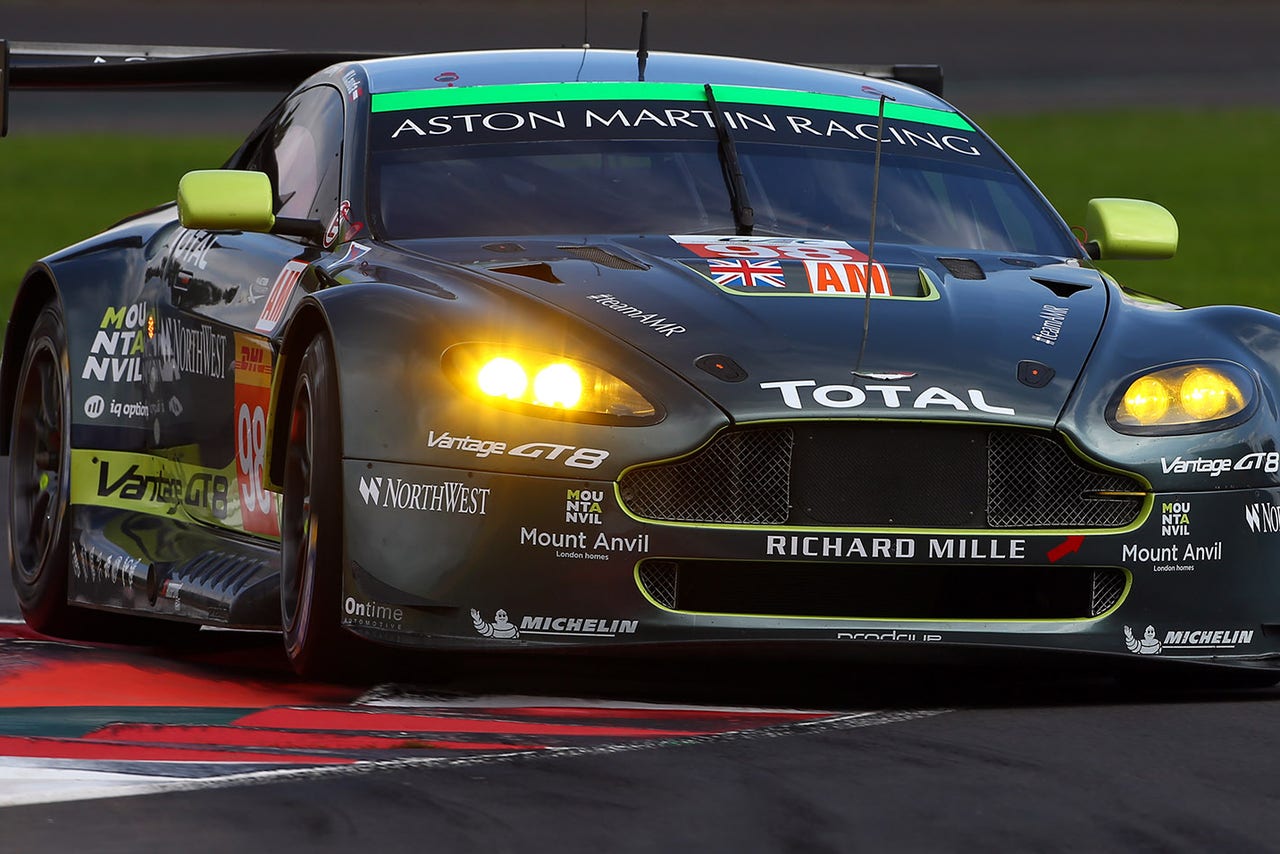 ***The No. 98 Aston Martin Vantage GTE has lost GTE-Am class pole for this afternoon's FIA WEC Six Hours of Mexico presented by AT&T over a technical infringement.

The ride height of the Paul Dalla Lana and Pedro Lamy-qualified Aston was found to be below the 55mm minimum in post-qualifying scrutineering on Friday evening.

Dalla Lana, Lamy and Mathias Lauda will therefore start from the rear of the 32-car field, handing the class pole to the No. 88 Abu Dhabi Proton Racing Porsche 911 RSR of Patrick Long, David Heinemeier Hansson and Khaled al Qubaisi.

The Proton entry, seeking its first class victory of the season, will lead a Porsche 1-2-3 in class to the green.

***Weather is expected to play an impact on this afternoon's race, with thunderstorms forecast from 3 p.m. through the end of the race. Teams have not yet had any wet running this weekend, which could add a significant dynamic.

***Rain could be a benefit for both Tequila Patron ESM and the GTE-Am class No. 98 Aston Martin Vantage GTE, which recently switched to Michelin tires. It's understood the Aston's switch for the remainder of the season was primarily made due to the potential of rain in the second half of the season.

***Both the Astons and normally aspirated Porsche 911 RSR, to a degree, have had an edge this weekend in GTE-Pro, which could arguably be linked to altitude and weather compensation given to the turbocharged cars. Both the Ford GTs and Ferrari 488 GTE cars are mandated a maximum boost pressure of 776 hectopascals (hPa), in compensation for the event, which was declared prior to the start of Free Practice 1.

***The boost compensation levels change from race-to-race and was partially attributed to the turbo's advantage in this year's 24 Hours of Le Mans. For reference, a boost pressure compensation of 946 hPa was used at the NÃ¼rburgring, at an altitude of 1,712 feet, compared to the 7,382 feet elevation of Mexico City.

***Teams are not predicting any reliability issues, despite initial concerns due to the high altitude. "We have simulated quite a bit and the calculations also proved to be right because we can run here without any problems," Head of Audi LMP Stefan Dreyer told Sportscar365. "From what we've seen so far... it looks OK for us."

***With it being a new event, LMP1 teams are permitted eight sets of tires for the race, with LMP2 remaining at its normal four sets and GTE-Pro/Am at six sets each. Michelin has brought 2,200 tires to Mexico for its 19 partner cars.

***Both the No. 31 Tequila Patron ESM Ligier JS P2 Nissan and No. 35 Baxi DC Racing Alpine A460 Nissan have moved to its third of three permitted engines of the season this weekend, joining the No. 42 Strakka Racing Gibson 015S Nissan and No. 36 Signatech Alpine, which utilized its third different powerplant of the season at the NÃ¼rburgring.

***LMP1 and LMP2 teams are limited to five and three engines per car, respectively, for the season and will incur a three-minute stop-and-hold penalty for any additional engine changes.

***GTE-Am championship leaders Emmanuel Collard and Francois Perrodo could step up to the LMP2 class next year. The pairing is understood to be evaluating multiple options for 2017, which could include a return to the Rolex 24 at Daytona.

***Tequila Patron ESM has yet to finalize its driver lineup for the Petit Le Mans. Only Pipo Derani is confirmed in the team's solo Ligier JS P2 Honda for the 10-hour race, with a decision still yet to be taken on whether Ed Brown will be part of the three-driver lineup. Brown sat out the Sahlen's Six Hours of The Glen due to IMSA's three-driver per-car maximum rule for races outside of Daytona and Sebring.

***Rumors in the paddock have persisted on Lamborghini's arrival to the GTE-Pro class in 2018 with a GTE-spec Huracan. A reliable source has indicated at least one team is planning a WEC effort with the car. The Italian manufacturer has yet to confirm reports that is is building a car.

Laurent Mericer contributed to this report