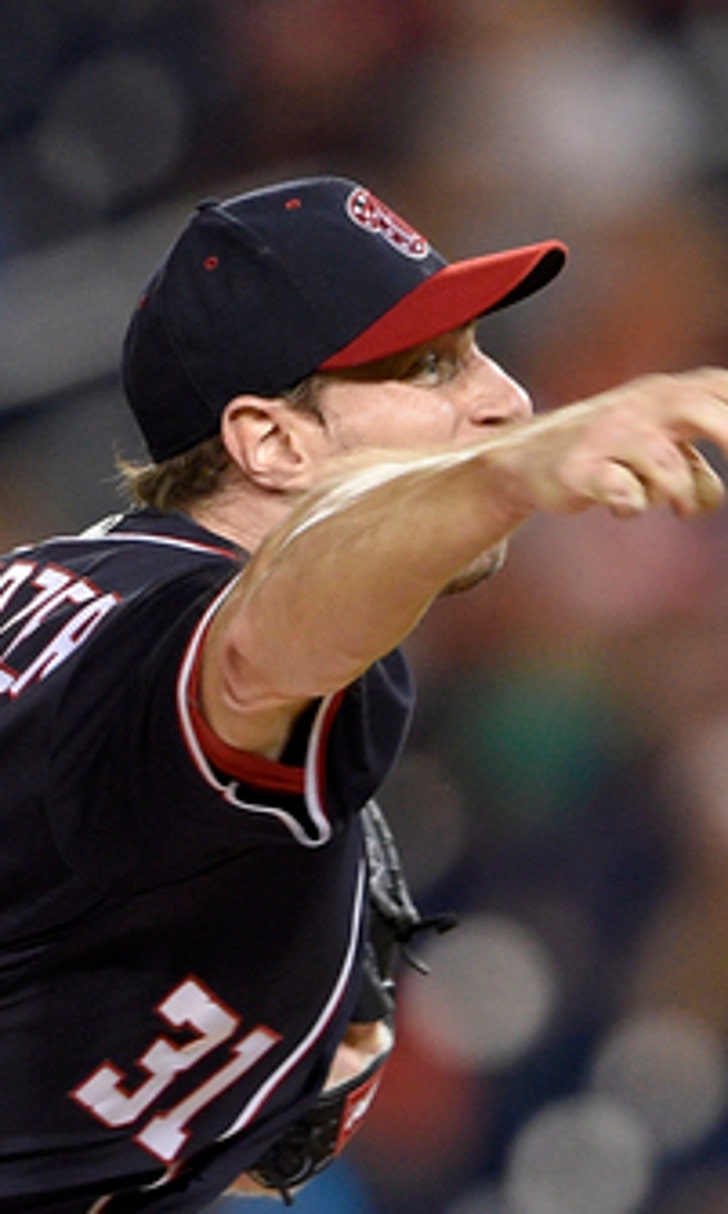 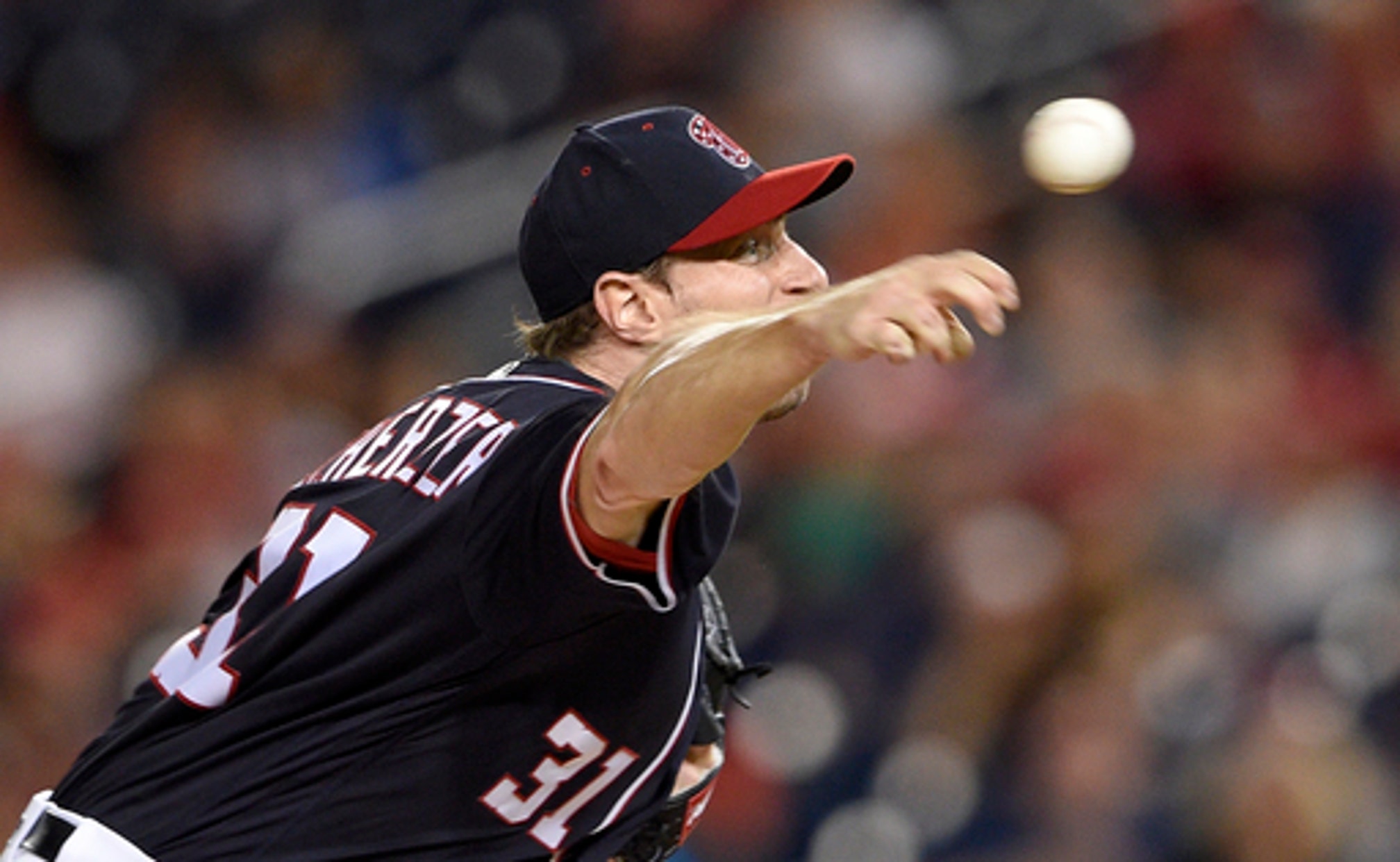 WASHINGTON (AP) Michael A. Taylor watched Odubel Herrera stride in from center field on his deep line drive, and he knew from personal experience what would probably happen next.

Taylor raced for an inside-the-park grand slam after the ball sailed past Herrera, and the Washington Nationals eliminated the Philadelphia Phillies from playoff contention with an 11-10 win Friday night.

''As soon as it went over his head, I was thinking four right there,'' Taylor said.

Herrera misread Taylor's hit off Jake Thompson (1-2), taking a few steps in before leaping as the ball soared over his head. Herrera chased the rolling ball down on the warning track and threw to the infield, but shortstop J.P. Crawford missed up the third-base line with his relay, allowing Taylor to slide home safely.

''I didn't read the line drive well,'' Herrera said through an interpreter. ''I thought it was going to sink and it didn't. It picked up.''

It was the first-inside-the-park grand slam in the majors since Philadelphia's Aaron Altherr on Sept. 25, 2015, at Washington. On that play, Taylor's ill-advised dive allowed Altherr to circle the bases.

''It feels better to be on this side,'' Taylor said.

Taylor's homer was the second inside-the-park grand slam in Montreal Expos/Nationals history. Bombo Rivera had one as an Expo on June 26, 1976, a home run that coincidentally scored current Phillies manager Pete Mackanin from second.

Taylor set a career high with five RBIs, matched a personal best with four hits, had a stolen base and also threw out Nick Williams at the plate in the seventh inning.

''He took over offensively and defensively,'' Nationals manager Dusty Baker said. ''I don't know if I've ever seen an inside-the-park grand slam. He had a great night. We're going to need more of those types of nights from Michael.''

Washington has won five straight and reduced its magic number for winning the division to three.

Philadelphia became the first team in the majors eliminated from postseason contention.

Maikel Franco's three-run homer off Shawn Kelley in the ninth pulled the Phillies within a run, but Sean Doolittle struck out all three hitters he faced for his 17th save in 17 tries with Washington.

Williams and Rhys Hoskins also homered for Philadelphia, which has lost 21 of its last 27 games against Washington.

''If you would have told me on a night that we hit three three-run home runs and lost the game, I wouldn't have believed it,'' Mackanin said.

Scherzer struggled in the first inning, issuing back-to-back walks to Herrera and Hoskins and before Williams belted an 0-1 offering to right-center. But almost immediately, the Nationals chipped away at the deficit.

Ryan Zimmerman had an RBI single in the first and Turner added one in the second, and the Nationals loaded the bases on two walks and an error on a fielder's choice to set up Taylor's slam.

Scherzer allowed four runs for just the fourth time in 27 starts, but he struck out seven and improved to 6-0 over his last 13 outings.

Herrera's infield single in the seventh extended his hitting streak to 21 games, the longest in the majors this season. Williams set a career high with four hits.

Phillies: SS Freddy Galvis was out of the lineup for the first time this season, ending his streak of 140 consecutive starts. He popped out as a pinch hitter in the sixth. .. Mackanin said Altherr (right hamstring strain) was available to pinch hit. Altherr has not played since he was activated from the disabled list Monday.

Nationals: Washington recalled INF Adrian Sanchez from Triple-A Syracuse. Sanchez is hitting .294 with no home runs and 7 RBIs for Washington this season.

Nationals: RHP Edwin Jackson (5-4, 3.29 ERA), who has won his last three starts at home, gets the nod in the third game of the four-game series.

Real Madrid Stifles Barcelona
In the first 'El Clasico' of the season, Real Madrid knocked off Lionel Messi and Barcelona, 3-1.
1 day ago

Solid Like a Block
Joey Logano held off Kevin Harvick to win the Hollywood Casino. Here are Bob Pockrass's key takeaways from Sunday.
6 days ago
those were the latest stories
Want to see more?
View All Stories
Fox Sports™ and © 2020 Fox Media LLC and Fox Sports Interactive Media, LLC. All rights reserved. Use of this website (including any and all parts and components) constitutes your acceptance of these Terms of Use and Updated Privacy Policy. Advertising Choices. Do Not Sell my Personal Info