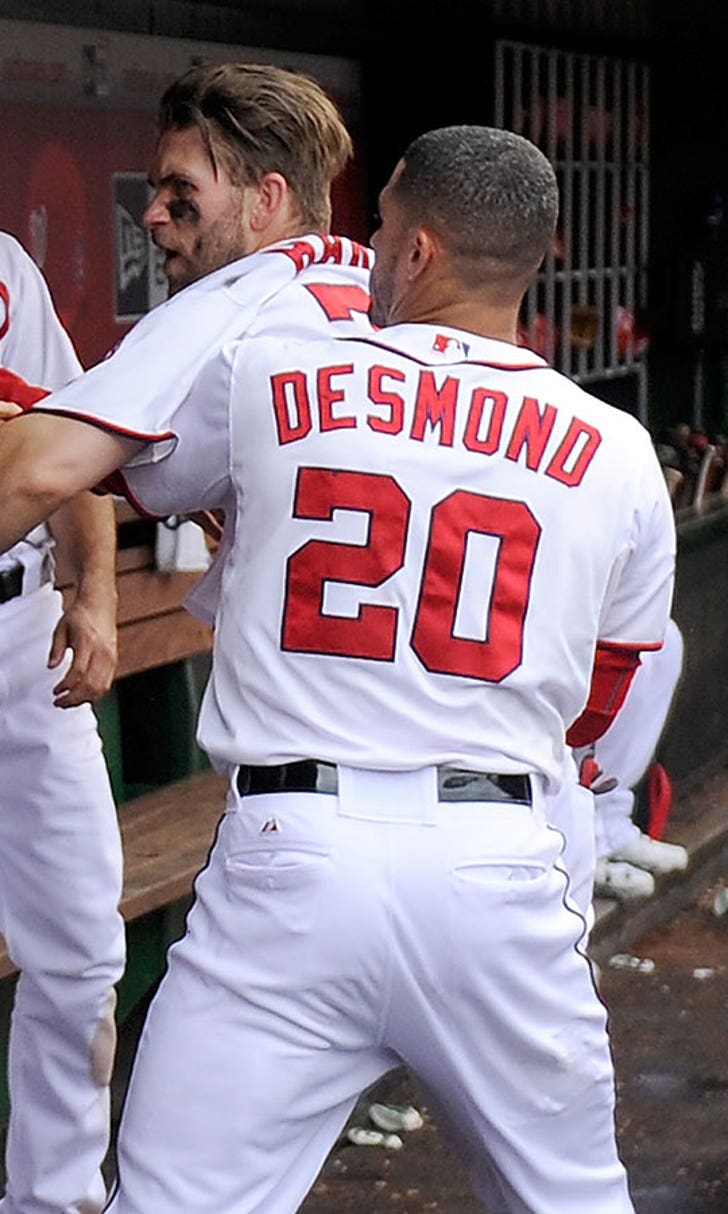 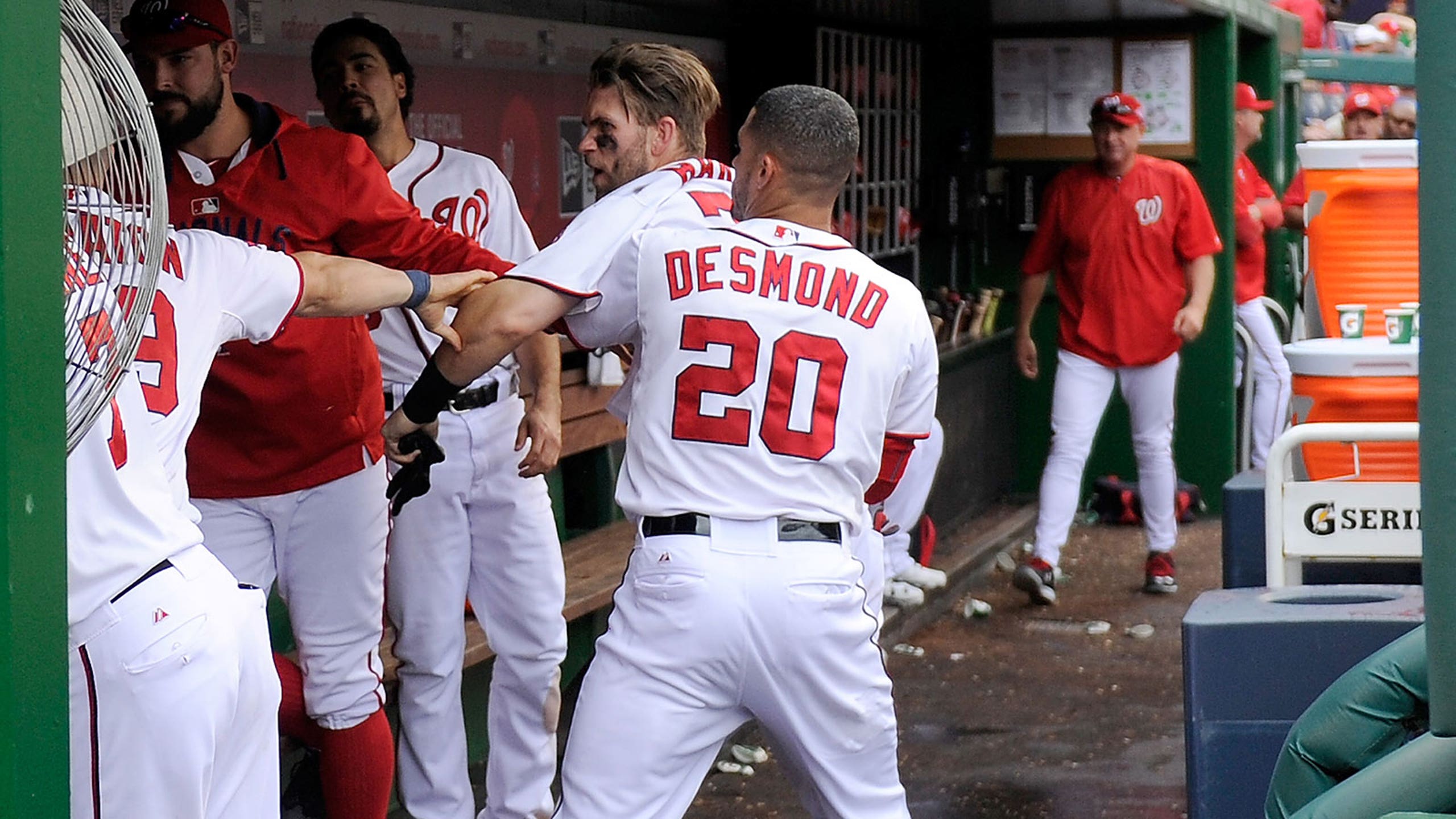 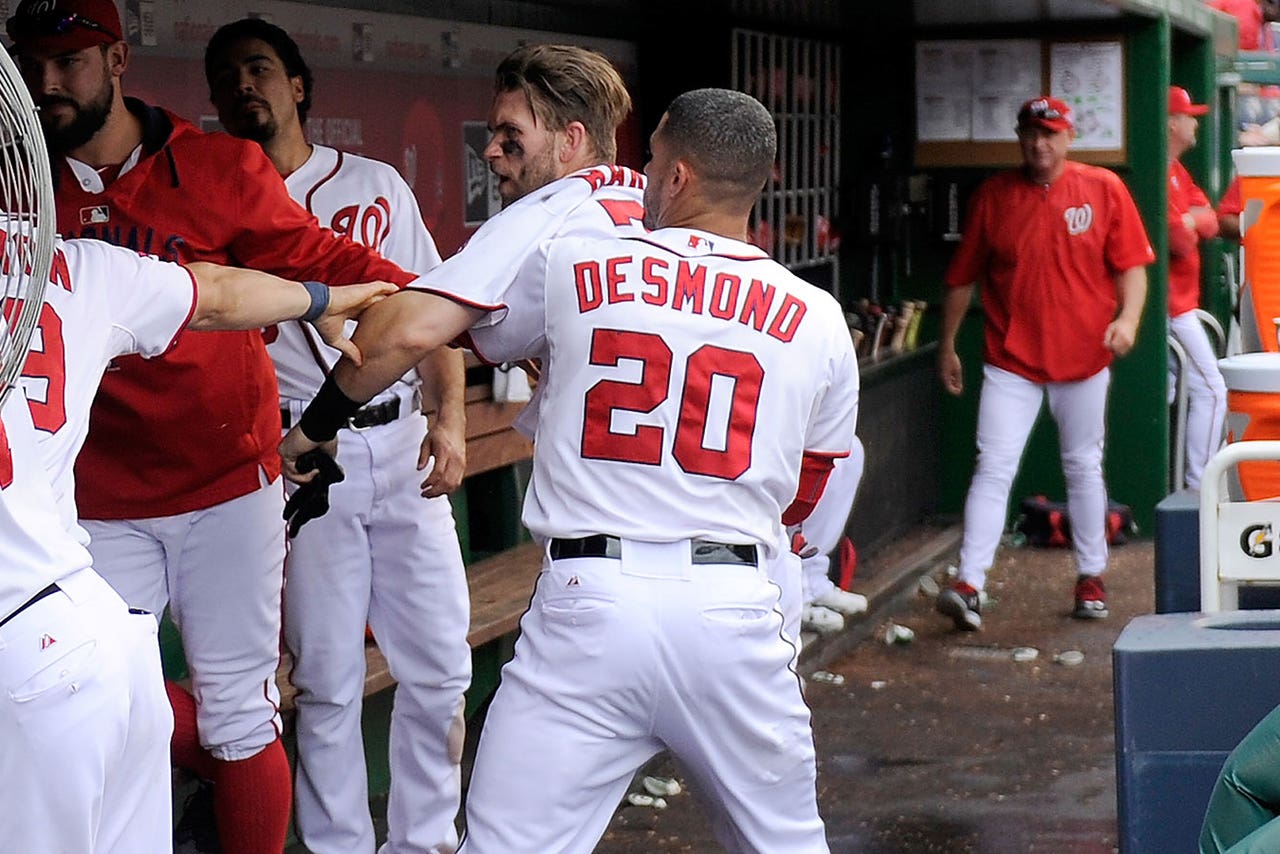 It was originally assumed that Jonathan Papelbon would be on his way out of Washington, D.C., after his fracas with Bryce Harper at the end of the season. But amid reports that Papelbon might be returning to the Nationals, alternate reports suggest that he and Harper have squashed their differences.

The incident occurred on Sept. 27 when Harper half-heartedly ran out a fly ball in the eighth inning of a tie game against the Phillies. As the young superstar outfielder returned to the dugout, he was berated by Papelbon for not exerting full effort.

Harper took exception to Papelbon's chiding and threatened him, telling him "Let's go." The hard-nosed Papelbon then took Harper up on his offer and charged him, choking him before quickly being separated by teammates.

Although the two certainly didn't see eye to eye in the incident, the Washington Post reports that they hold no residual animosity because of the fight.

"Papelbon and Harper are fine together," a source within the Nats told the Post. "Harp just wants to win. All he cares about is that we have a 45-save relief pitcher who's going to help us."

With a new manager at the helm in Dusty Baker, the clubhouse atmosphere will certainly change, which will allow the opportunity for Papelbon and Haper to essentially start anew.

The Post adds that although their bullpen setup didn't work out this year, the Nats plan on keeping Papelbon as their closer with Drew Storen as the team's set-up man.

"Nats people also say the team's current plan is to have both Papelbon and Drew Storen in the [back end] of their bullpen again next year with the expectation that they will work out a way to 'play nice together,'" the report reads.