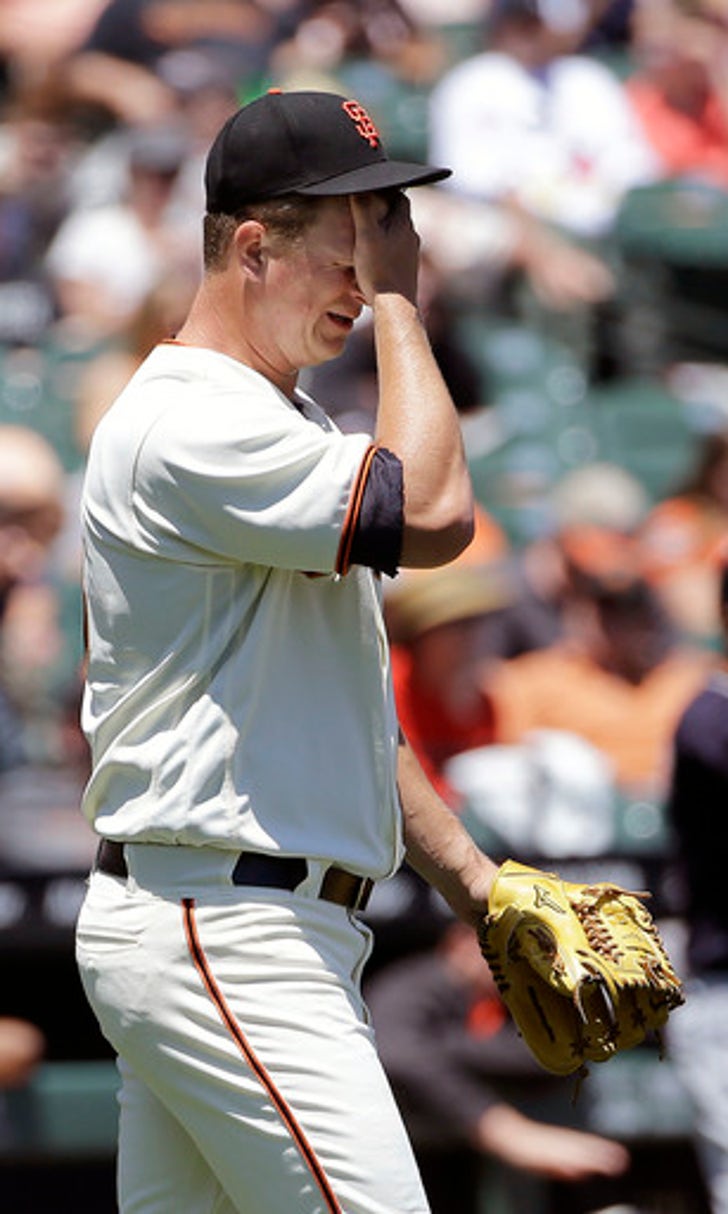 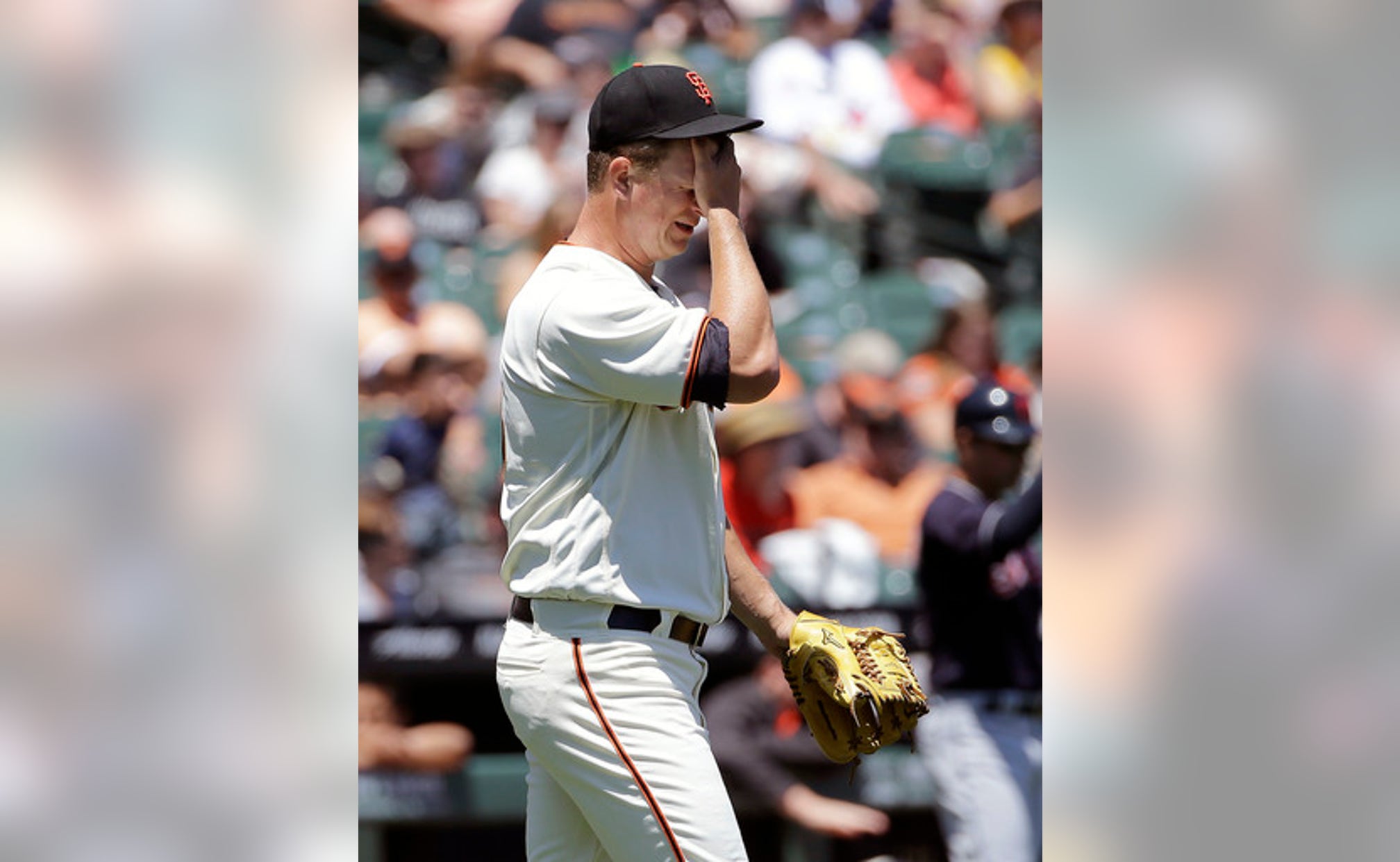 SAN FRANCISCO (AP) Buster Posey pinch hit a two-out, two-run double in the bottom of the eighth inning as the San Francisco Giants defeated the Cleveland Indians 5-4 on Wednesday.

Posey, on a scheduled rest day, doubled off the wall on a 3-2 slider on the seventh offering from Indians reliever Bryan Shaw (2-4).

With two aboard and one out, Conor Gillaspie hit a ground ball that skipped through Santana's legs. Brandon Belt, who drew a one-out walk off Boone Logan, scored and Brandon Crawford went to third.

Posey's hit scored Crawford and Gillaspie to make it 5-4.

The Indians lost for the sixth time in seven games as they concluded a 1-5 West Coast trip. The American League Central front-runners fell to 4-13 in interleague and are winless in six interleague series.

The Giants improved to 5-8 in interleague play as they won their first interleague series since sweeping the Tampa Bay Rays June 17-19 of last year.

Dyson pitched a scoreless ninth inning for his fifth save. Dyson got Jose Ramirez to fly out to deep right after Cleveland loaded the bases on a single, a hit batsman and a walk.

Cory Gearrin (4-3) faced just one batter in the top of the eighth.

Denard Span of the Giants was 2 for 4 with two extra-base hits including his fourth career ''splash'' home run.

Span doubled leading off the game and scored on Crawford's infield grounder.

His seventh home run of the season off starter Carlos Carrasco made it a 3-2 game in the fifth.

Michael Brantley was 2 for 4 and collected his 1,000th career hit in the eighth inning when he doubled off Giants reliever Steven Okert.

Indians: RHP Corey Kluber (neck stiffness) will have his next turn in the rotation pushed back at least two days, manager Terry Francona said. RHP Danny Salazar will come off the DL (shoulder soreness) to start Saturday's game and either Kluber or RHP Josh Tomlin will start Sunday's game. The 2014 Cy Young Award winner didn't throw a bullpen session on his scheduled between-starts throwing day on Wednesday. Kluber gave up three runs in 7 1/3 innings in his last start on July 15.

Giants: INF/OF Eduardo Nunez is experiencing lingering discomfort from a left hamstring injury he missed 20 games with last month. Manager Bruce Bochy rested Nunez on Wednesday but said his condition isn't serious, noting he wouldn't have hesitated using him as a pinch hitter or defensive substitution.

Indians: RHP Trevor Bauer will pitch Friday's series home opener against Toronto. Bauer lasted just 2/3 of inning in his last start on Sunday in which he threw 43 pitches and gave up four runs in a 7-3 loss to Oakland.

Giants: LHP Madison Bumgarner will make his first home start since suffering a Grade 2 AC joint sprain in a dirt biking accident on April 19 as the Giants open a four-game series with San Diego. The 2014 World Series MVP gave up three runs and four hits including two home runs to the Padres on Saturday in his first start since coming off the DL.