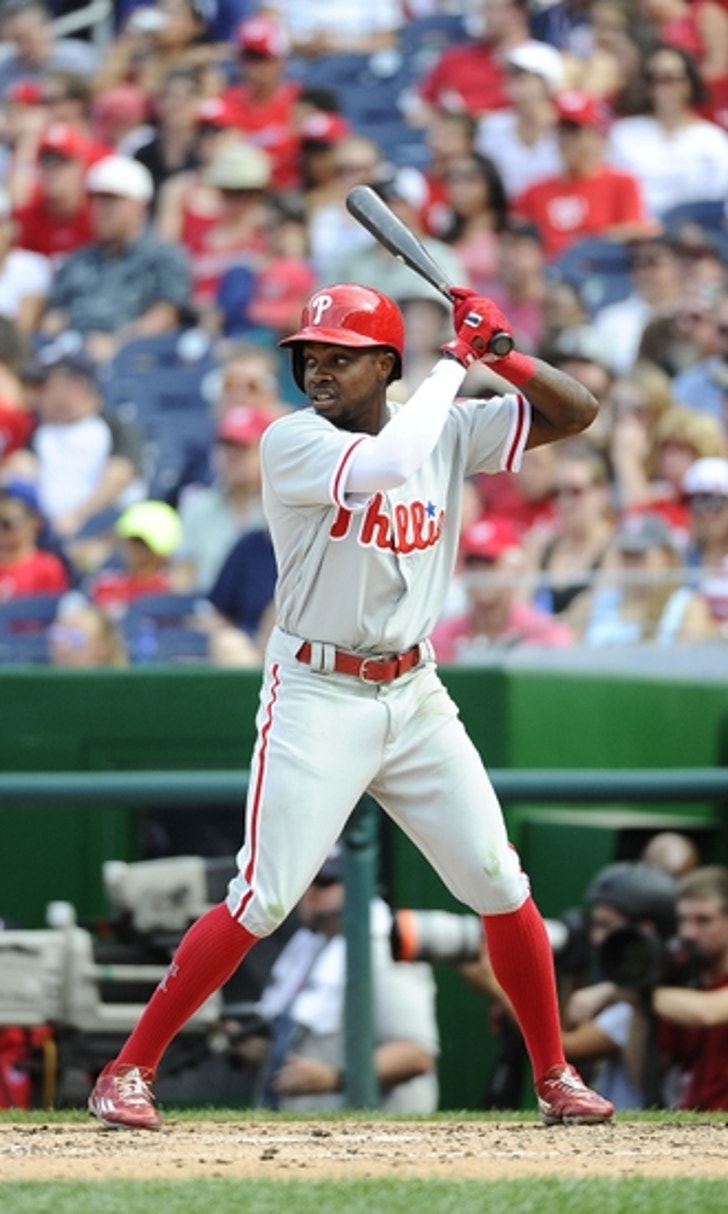 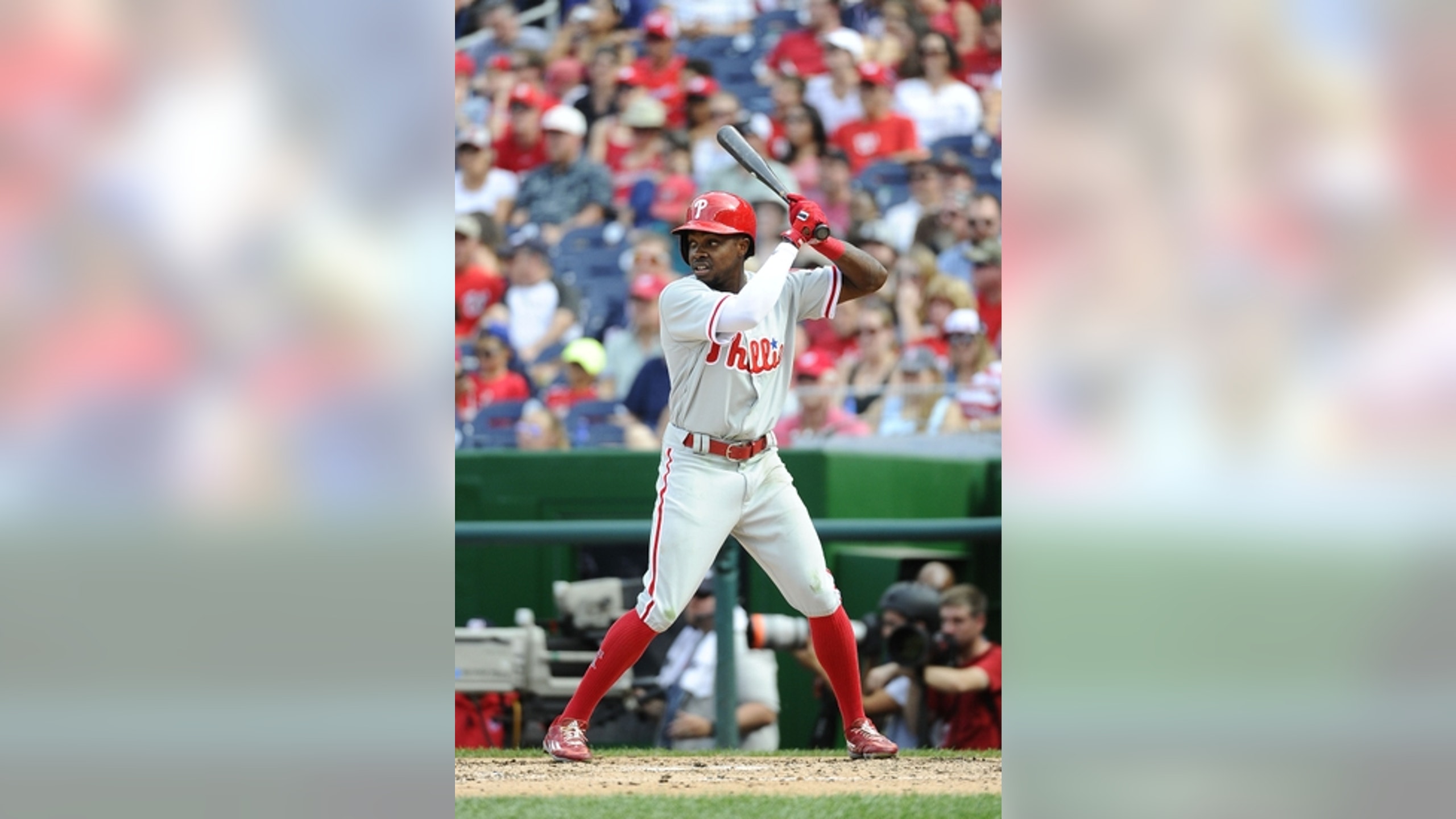 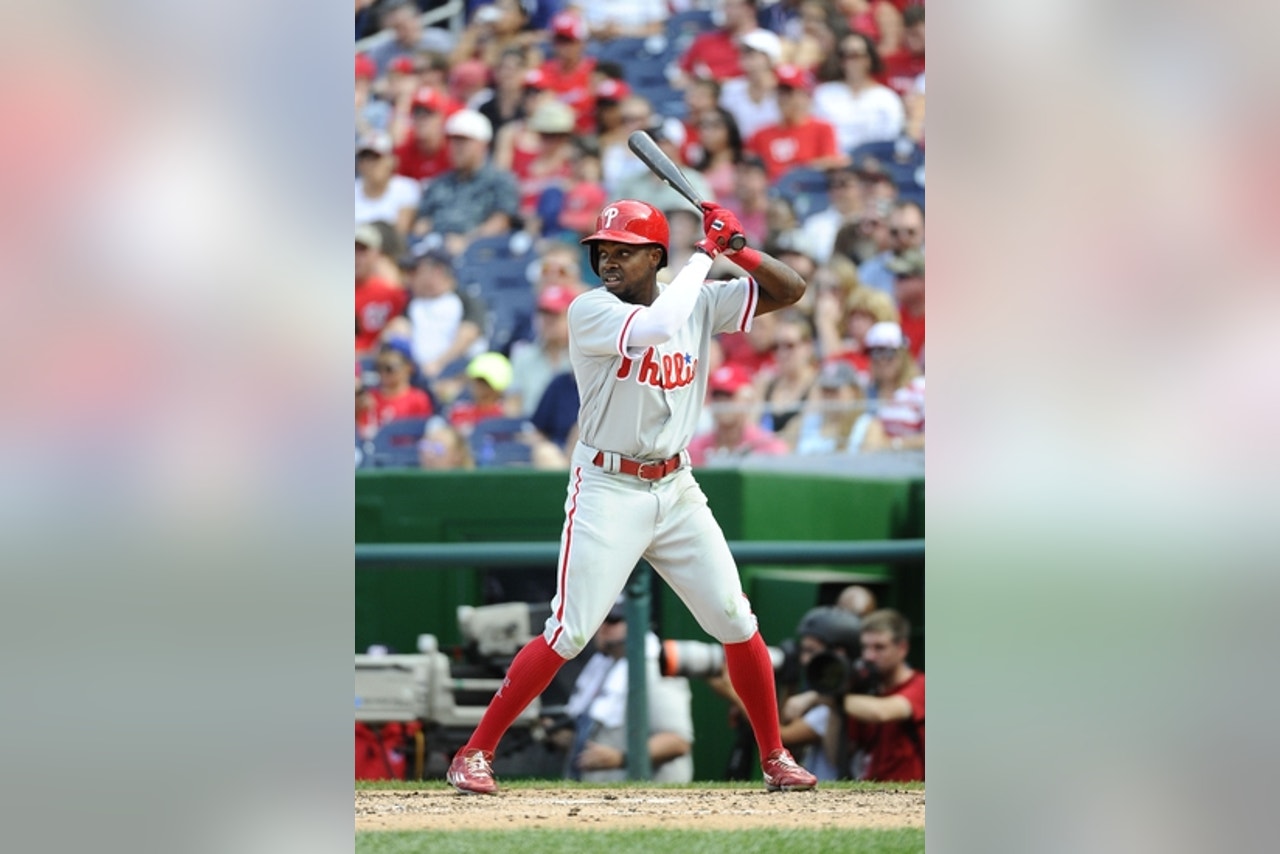 After five minor-league seasons, Phillies outfield prospect Roman Quinn finally made his big-league debut Sunday. Quinn’s skill set make him an ideal center fielder, but he has to overcome the injury bug.

Roman Quinn, unlike most of the other top Phillies prospects, joined the organization years before the rebuild started. The Phillies drafted Quinn as a shortstop with the No. 66 pick in the 2011 draft, and he signed for $775,000 just before the deadline.

He made a strong debut in the system, carrying a .778 OPS over 66 games with the short-season Williamsport CrossCutters. After the season ended, Baseball America ranked Quinn the second-best prospect in the Phillies farm system after pitcher Trevor May, who is now a reliever for the Twins.

In 2013, Quinn started to feel the injury bug. He lasted just two and a half months before a wrist injury and torn Achilles shelved him for nearly a year. During his recovery, Quinn shifted to center field, where his 80-grade speed makes him a true fit.

Quinn bounced back from his Achilles injury in strong form, flashing his speed on the basepaths with 32 stolen bases in 88 games with High-A Clearwater. His performance ramped up in AA Reading, slashing .306/.356/.435 in 58 games to start off the year. There’s a reason Charlie Manuel repeatedly expresses love towards Quinn’s potential as a hitter.

However, injuries once again reared their head with Quinn tearing his quad. He missed the rest of the season, ending what was supposed to be a breakout season.

Those questions only grew when another strong start in Reading ended with a strained muscle in his side. Quinn had a 119 wRC+ before the June 4 injury kept him off the field for nearly two months. He returned July 25 to once again hit the disabled list with a concussion August 28.

After Reading’s playoff run ended with a loss in the semifinals, the Phillies promoted Quinn and Reading teammate Jorge Alfaro to the majors Sunday. Quinn immediately joined the lineup, starting in center and batting second for the Phillies. He went 0-for-3 walk in the Phillies’ loss to the Nationals, but hit two doubles last night against Pittsburgh.

With the Phillies well out of playoff contention, the team will focus on getting looks at the younger players on the roster. According to Jim Salisbury of CSN Philly, manager Pete Mackanin said Quinn will play “a lot” in the coming weeks.

While Quinn’s speed and above-average arm make him a solid center fielder, he will also see time in the corner outfield positions. Quinn saw some action in both left and right field in the minors this year, and it wouldn’t surprise me if Mackanin moved Quinn around to keep him in the lineup.

Quinn provides value at the plate based on his switch-hitting ability alone. Hitting right-handed, Quinn offers plenty of contact, while his left-handed swing flashes more power. The two are more similar now than they were a couple of years ago, and we shouldn’t see too much of a difference.

As I’ve stated multiple times already, Quinn has true 80 speed. He should be able to steal 40+ stolen bases in a season (as long as he can stay healthy) with ease. Even without perfect instincts, Quinn will be a problem whenever he gets on base.

Despite his presence on the 40-man roster, Quinn will most likely start in AAA Lehigh Valley next season. I won’t be concerned if Quinn struggles at the plate this month considering he leapfrogged AA to the majors. Quinn should rejoin the major-league club next year, but another injury would put a real dent in that plan.

In Quinn, the Phillies have a speedster who should have no problem remaining in center field. Quinn won’t hit for much power, but he should get on base enough and terrorize pitchers on the basepaths.

However, all of that means nothing if Quinn can’t remain healthy, which he’s struggled with his entire career.