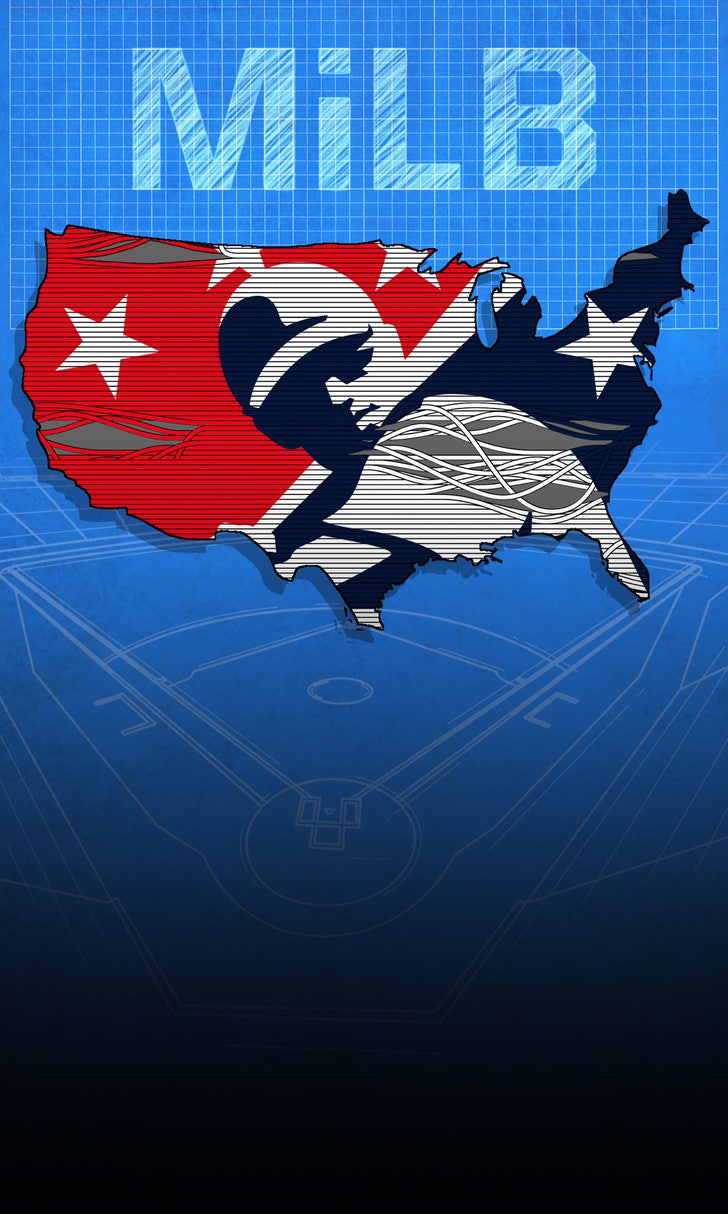 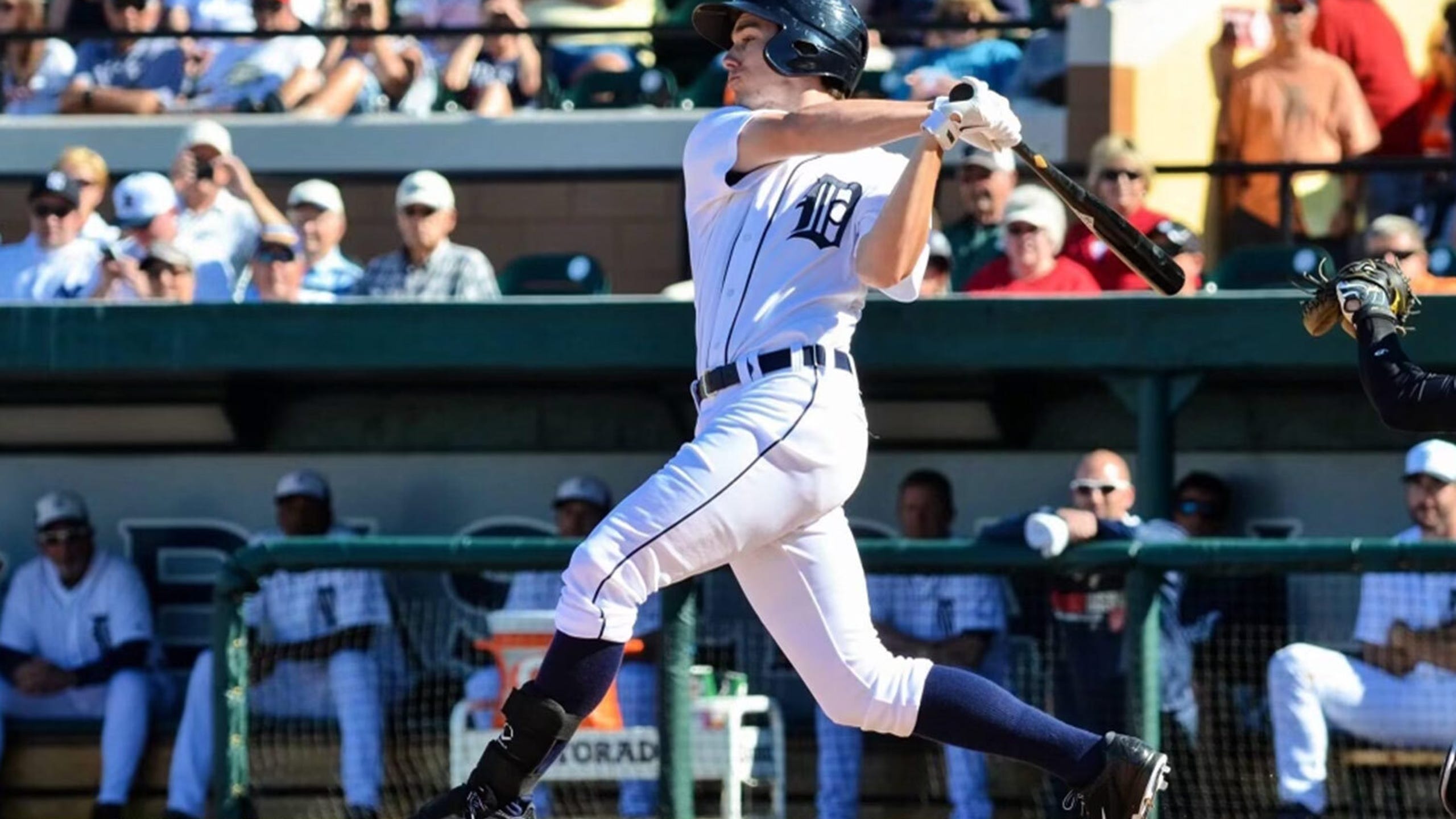 Shortly after I was drafted by the Detroit Tigers in the 14th round of the 2013 MLB June Amateur draft, I found myself in a small Connecticut town, a short drive from the shores of Long Island Sound.

My dream was to play in Comerica Park someday, but my pro baseball journey started at Dodd Stadium in Norwich, Conn., a community of 40,000 and home to the Connecticut Tigers.

Having grown up in Virginia and played collegiately at Old Dominion, I had never been to Connecticut or even spent much time in New England before I was assigned to start my career in Norwich. 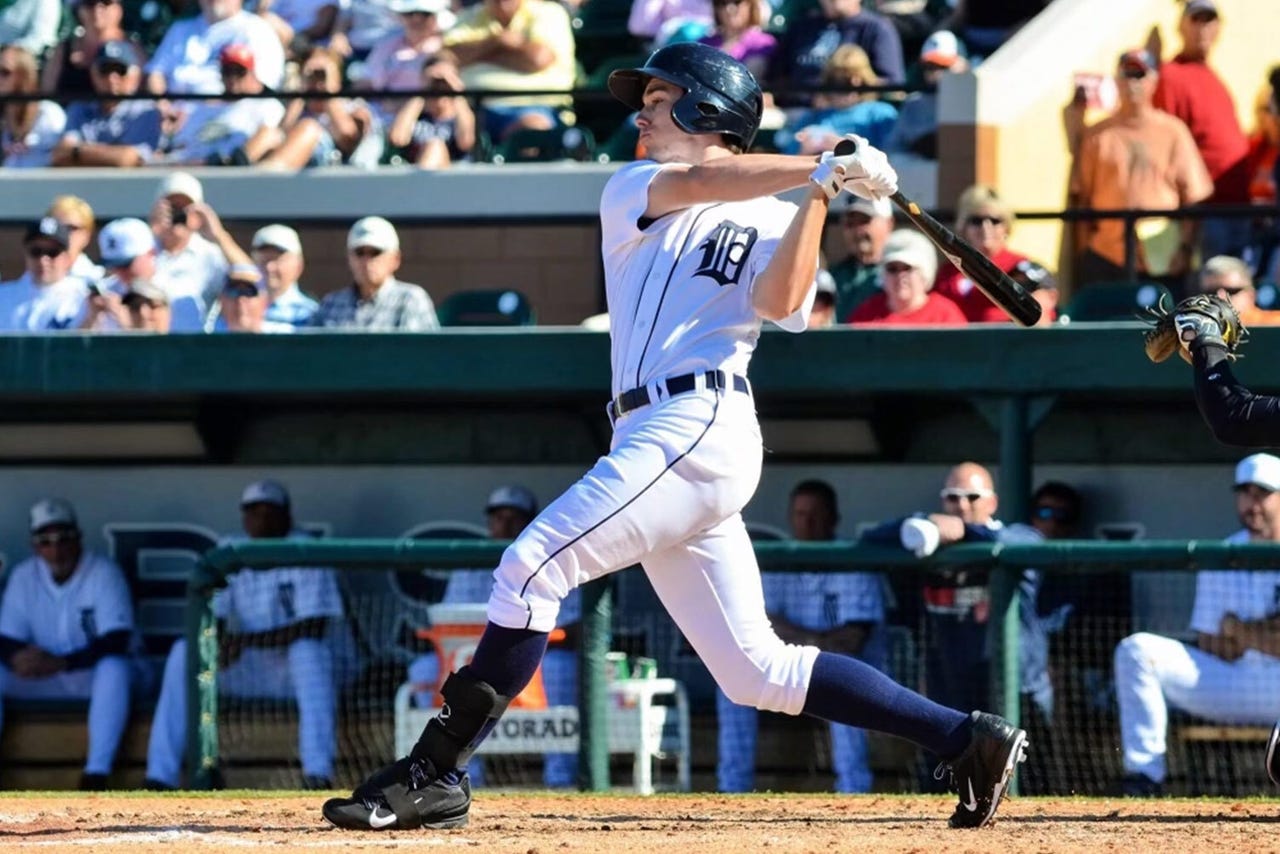 Ben Verlander played more than 400 games in the minor leagues, including two seasons with Norwich (CT) in the New York Penn League. (Photo by Mark Cunningham)

I won't forget the two summers I spent in Norwich, and that is what makes the news from last week so devastating.

Major League Baseball announced it was eliminating 43 minor-league franchises in a cost-cutting move that has been hinted at for more than a year. The timing is absolutely brutal, coming after a year in which no minor-league games were played anywhere because of the COVID-19 pandemic.

The teams on the ill-fated list, which includes Norwich, now face an uncertain future. Many will try to continue without a major-league affiliation, while some could be eliminated outright.

But everybody, and I mean everybody, knows Dodd Stadium. The ballpark off Stott Avenue was built in 1995, and it's where more than 6,000 fans can gather on summer nights to watch the next generation of major-league prospects chase their dreams.

I played more than 100 games in 2013-14 for Norwich in the Class A short-season New York Penn League.

During my time there in Southern Connecticut, I wasn't some professional baseball player staying in a four-star hotel -- in fact, there aren't a lot of four-star hotels in the Norwich area.

Like hundreds of minor-league players across the country, I spent that summer staying in the home of a host family. Just as they had for several minor-leaguers before me, the Whipple family opened up their home, took me in and housed me for those two summers. They treated me like one of their own.

Regularly inside the Whipple house or at the dinner table, I would interact with the family's daughter, Marissa, who was a high school junior at the time.

Now a young adult, Marissa was scheduled to work for the Norwich team, now named the Sea Unicorns, in the 2020 season. She said learning of the team's potential elimination was simply devastating.

"The entire staff was notified via Twitter this week that their affiliation would not renew.” Marissa said. “Fans and community members are certainly upset. This will be the first time since the opening of Dodd Stadium back in 1995 that Norwich will not have an MLB-affiliated team.

"We found out via Twitter. ... The Tigers posted a 'Road to Detroit' graphic on their Twitter, and we weren’t on it. We got confirmation later, and they did a press conference later that day.” 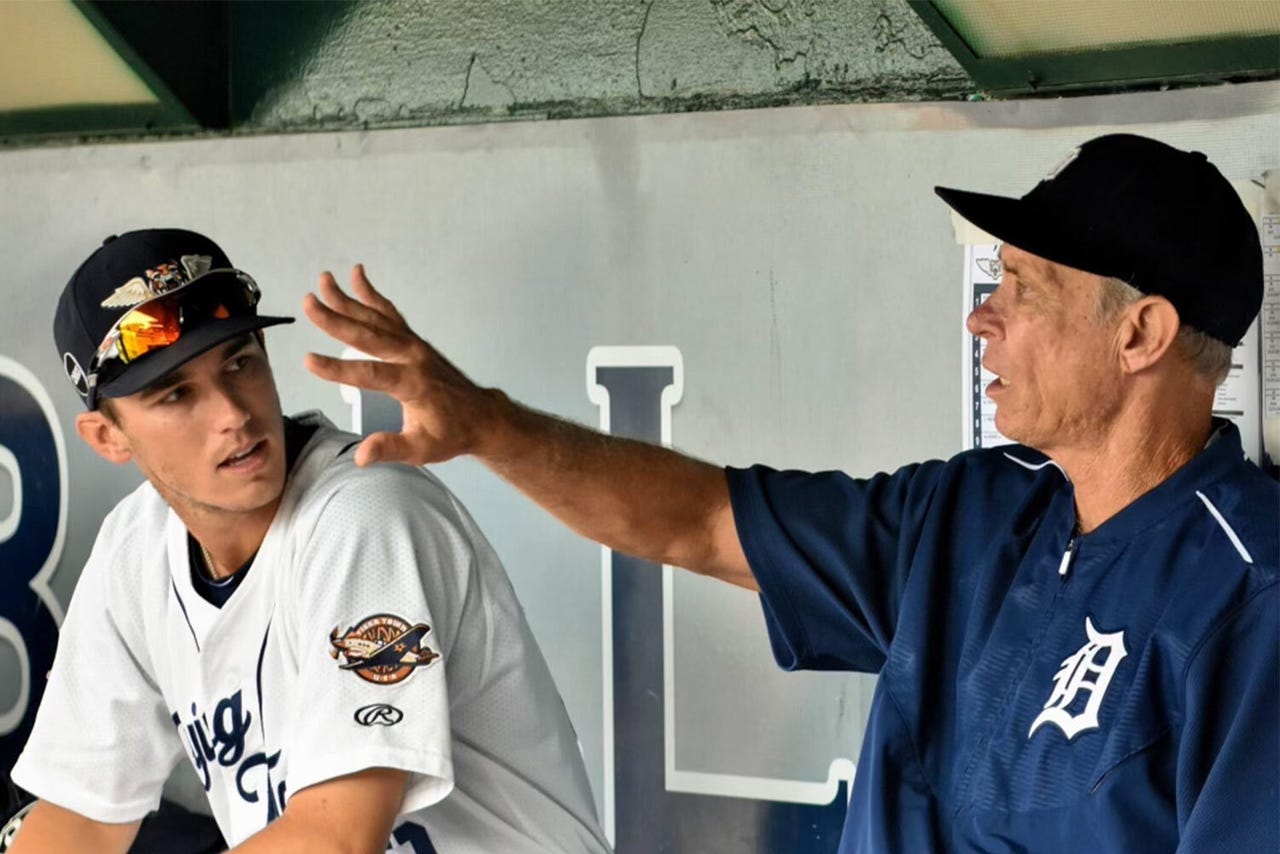 From Darryl Strawberry and Bernie Williams, to Tim Raines and Andy Pettitte, to Pablo Sandoval and Madison Bumgarner, big-league All-Stars and even Hall of Famers have called Dodd Stadium home. It was truly an honor to play there.

When I first arrived in Norwich as a 21-year-old, I had no idea what to expect from professional baseball. What I quickly realized is this town lived and breathed Connecticut Tigers baseball.

I remember being on the cover of the Norwich Bulletin sports page on the first day I got up there and thinking to myself how cool that was.

I also will never forget the process of finding my host family. My first day in Norwich, we all had to meet at the stadium for what ended up being basically a speed dating of sorts with all of the families. Who am I going to stay with? Who wants me to stay with them?

For some families, this was their first time hosting a professional ballplayer, while others had done so since '95 when baseball first arrived in Norwich. I quickly realized how passionate these people are about their town, their stadium, their team.

That is why Dec. 9, 2020, will forever go down as a doomsday of sorts in professional baseball. When all is said and done, 25 percent of all minor-league baseball teams are facing elimination.

That's 43 major-league affiliates gone. That's 43 small towns and 43 fan bases wondering what, if anything, they can do next.

I spent most of that awful day last Wednesday scrolling through Twitter, wondering which team would be getting cut next. It took me back to "cut day" in spring training, waiting for that sticky note to be placed on your chair in the locker room, letting you know you were being sent down from the big-league club. 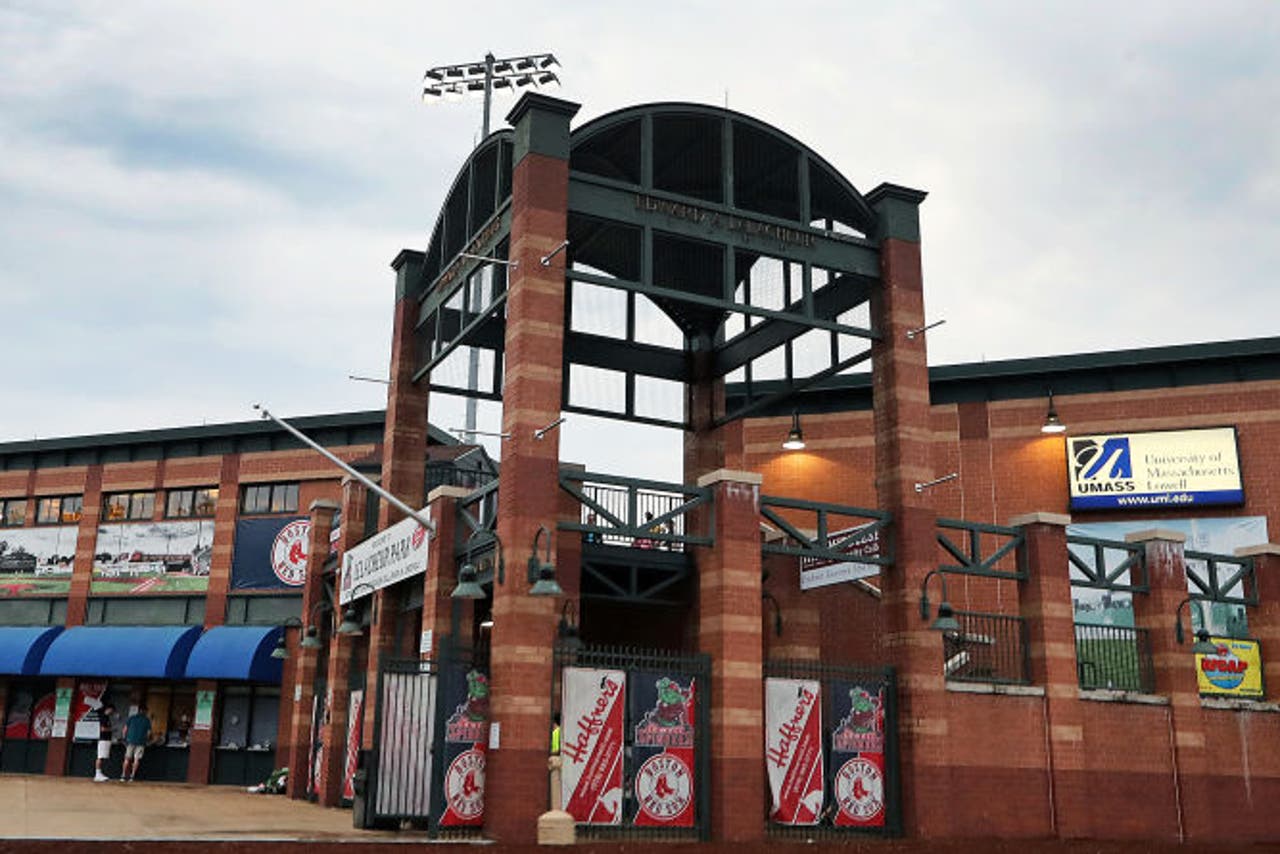 Minor-league ballparks throughout the country, like this one in Lowell, Mass., were empty in 2020 as no games were played because of the COVID-19 pandemic. (Photo by Jim Davis/The Boston Globe via Getty Images)

Minor-league players are at the baseball field every single day from about noon to 11 p.m. Some have families to support, babies to feed, bills to pay. But again, it's not about the money. It’s about the chance. It’s about chasing the dream.

Major League Baseball argues that by eliminating clubs, it will allow for better conditions and potentially more pay for minor-leaguers. Will the players finally get what they deserve? I certainly hope so, but I have my doubts.

MLB has been saying for years that if players were to get paid more, teams would have to be cut. In 2018, the “Save America’s Pastime Act” was passed, calling the minor leagues a “short-term seasonal apprenticeship." That is ridiculous, and it allowed minor-leaguers to continue to be paid less than minimum wage and not receive overtime pay.

So, I definitely have my doubts.

But there is absolutely no doubt this overahul of the professional baseball system will result in fewer opportunities for players to chase the dream. And that goes beyond just the potential elimination of 25 percent of minor-league affiliations.

The June Amateur Draft was just five rounds in 2020, and it will be only 20 rounds in 2021. That means we won't see stories like Mike Piazza, who was taken in the 62nd round of the draft and ended up as a Hall of Famer. The 62nd round, and any round even close to that, won't exist anymore.

No matter how you draw it up, this is an incredibly sad winter for baseball. Teams gone, fans lost, employees losing their jobs, stadiums empty.

In 2019, Minor League Baseball had more than 41 million fans walk through the turnstiles. It’s an important fabric of small-town America.

This is bigger than money.

This is about turning little boys and girls into lifelong fans.

This is thousands of fans showing up for dollar dog night.

This is small towns rallying around their minor-league team and quite literally opening up their homes.

This is Minor League Baseball, and for 43 teams, it’s all but over.

Ben Verlander, who spent five years in the Detroit Tigers organization, is a baseball analyst for FOX Sports. Born and raised in Richmond, Va., Verlander was an All-American at Old Dominion University before he joined his brother, Justin, as a 14th-round pick of the Tigers in 2013. Follow him on Twitter @Verly32.

Get more from Minor League Baseball Add to your favorites to get information about games, news and more.
in this topic

Minor League Baseball
share story
those were the latest stories
Want to see more?
View All Stories
Fox Sports™ and © 2021 Fox Media LLC and Fox Sports Interactive Media, LLC. All rights reserved. Use of this website (including any and all parts and components) constitutes your acceptance of these Terms of Use and Updated Privacy Policy. Advertising Choices. Do Not Sell my Personal Info