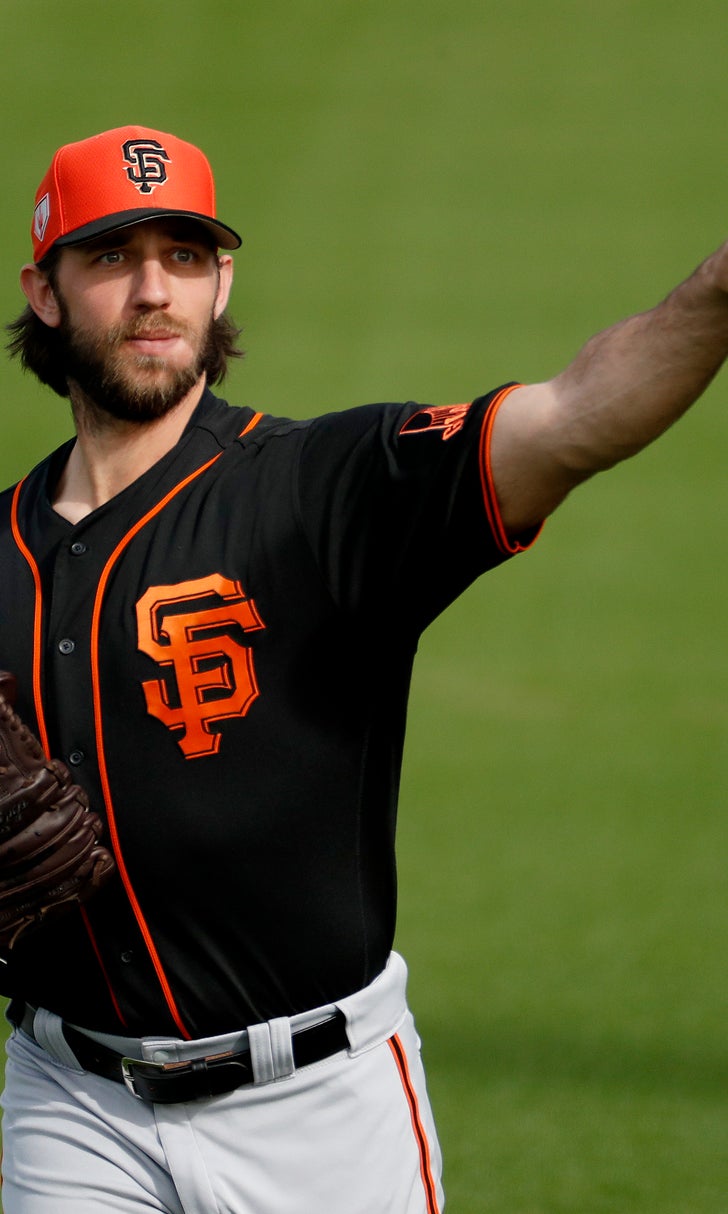 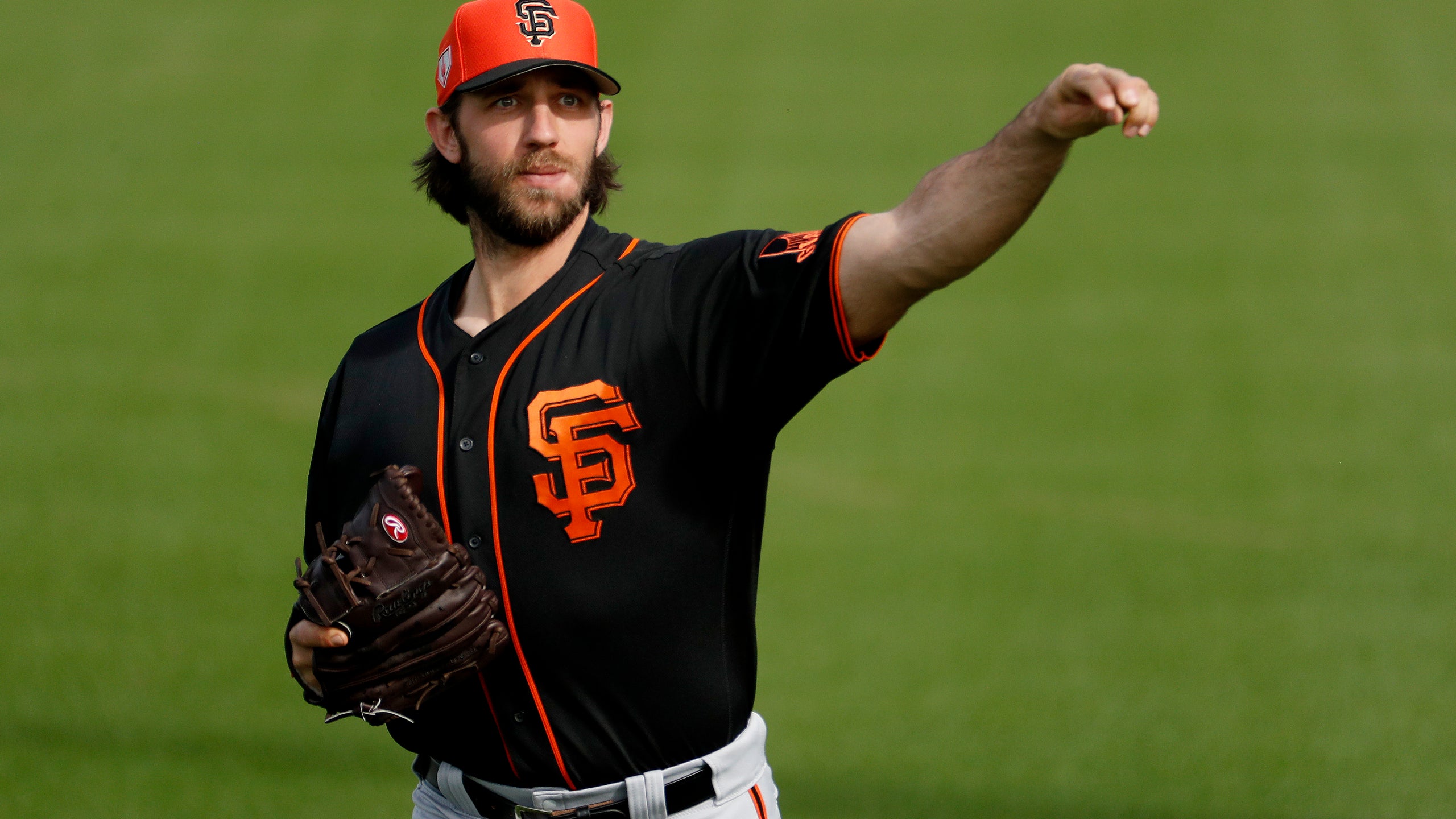 Madison Bumgarner says he was joking over opener refusal

SCOTTSDALE, Ariz. (AP) — Madison Bumgarner was joking when he told manager Bruce Bochy he absolutely refuses to pitch behind an opener.

San Francisco's ace lefty is hardly a likely candidate to follow someone else to the mound who works the first inning.

"If you use an opener in my game, I'm walking right out of the ballpark," Bumgarner wrote in a text to Bochy after new team president of baseball operations Farhan Zaidi said in December the Giants were open to the idea.

Bochy recalled the message this month during Fan Fest.

Cubs manager Joe Maddon is curious to see how many clubs employ an opener strategy, one that proved valuable for Tampa Bay and Oakland last season.

The 2014 World Series MVP missed nearly three months two years ago after an April dirt bike accident during an off day in Colorado.

Then Bumgarner broke the pinkie on his pitching hand when he was hit by a line drive from Kansas City's Whit Merrifield in his final 2018 spring training start, undergoing surgery to insert pins into the finger. He returned in June and wound up 6-7 with a 3.26 ERA in 21 starts and 129 2/3 innings.

"I've already done that," Bumgarner said of looking toward this season and not behind. "Especially last year. The first one I could have made a better decision. Last year, that's part of the risk you take standing that close to the hitter. I'm not living in the past, I'm not living in the future, I'm living today. That's what I do."

He takes more time off during the winter than most, about six weeks, and doesn't throw off a mound until he arrives at spring training — something he learned from former Giants pitcher Matt Cain when he came up to the big leagues. Bumgarner begins throwing six weeks ahead of camp.

Last month, Zaidi hired pitching analyst Matt Daniels. Bumgarner might not be the first to reach out. He calls himself "old school" yet also open to new information.

"The thing about Madison, this guy's always trying to get better," Bochy said. "He does a lot of self-teaching, but he listens, he talks to other players along with of course our coaches. He's got a knack of figuring it out himself how to get better. He's open to suggestions."

In April 2012, Bumgarner signed a $35.56 million, six-year deal through 2017 that included $12 million club options for both 2018 and '19. The Giants exercised his $12 million contract option for this year, if San Francisco fails to contend the Giants could consider trades this summer.

"I haven't thought about that," catcher Buster Posey said. "I sure hope we're in a position where it's out of the question, that's what I hope is the case and hopefully I don't have to think about that."