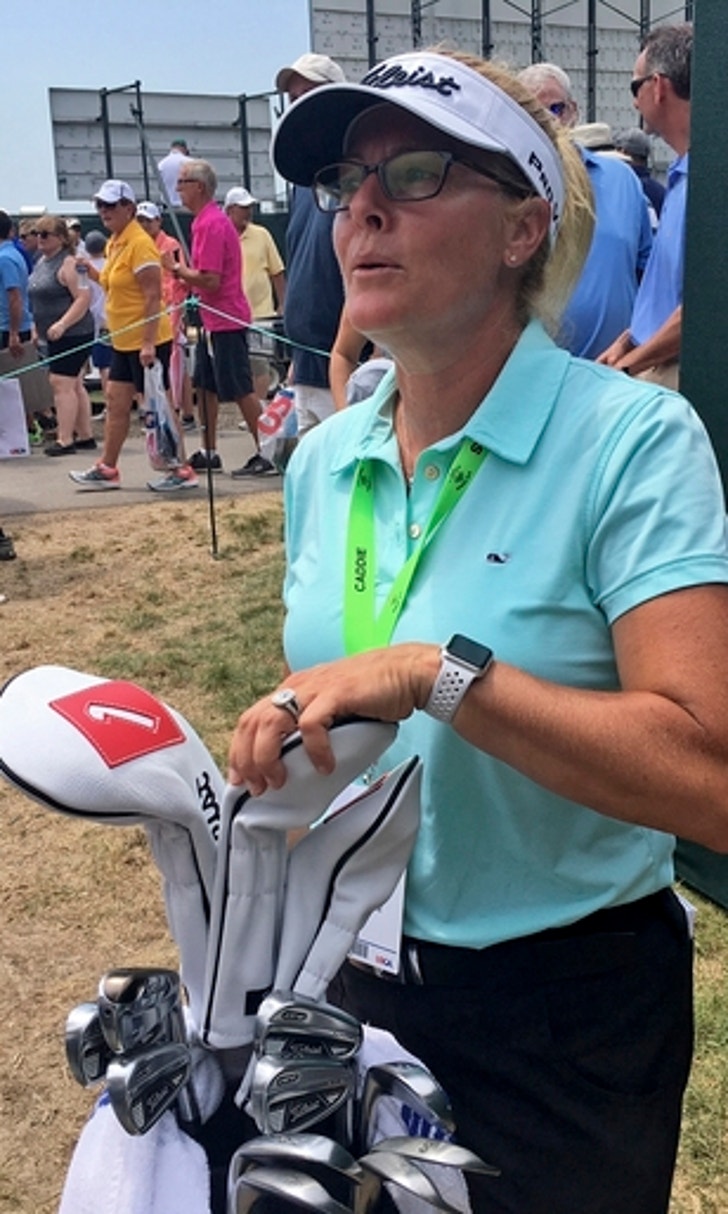 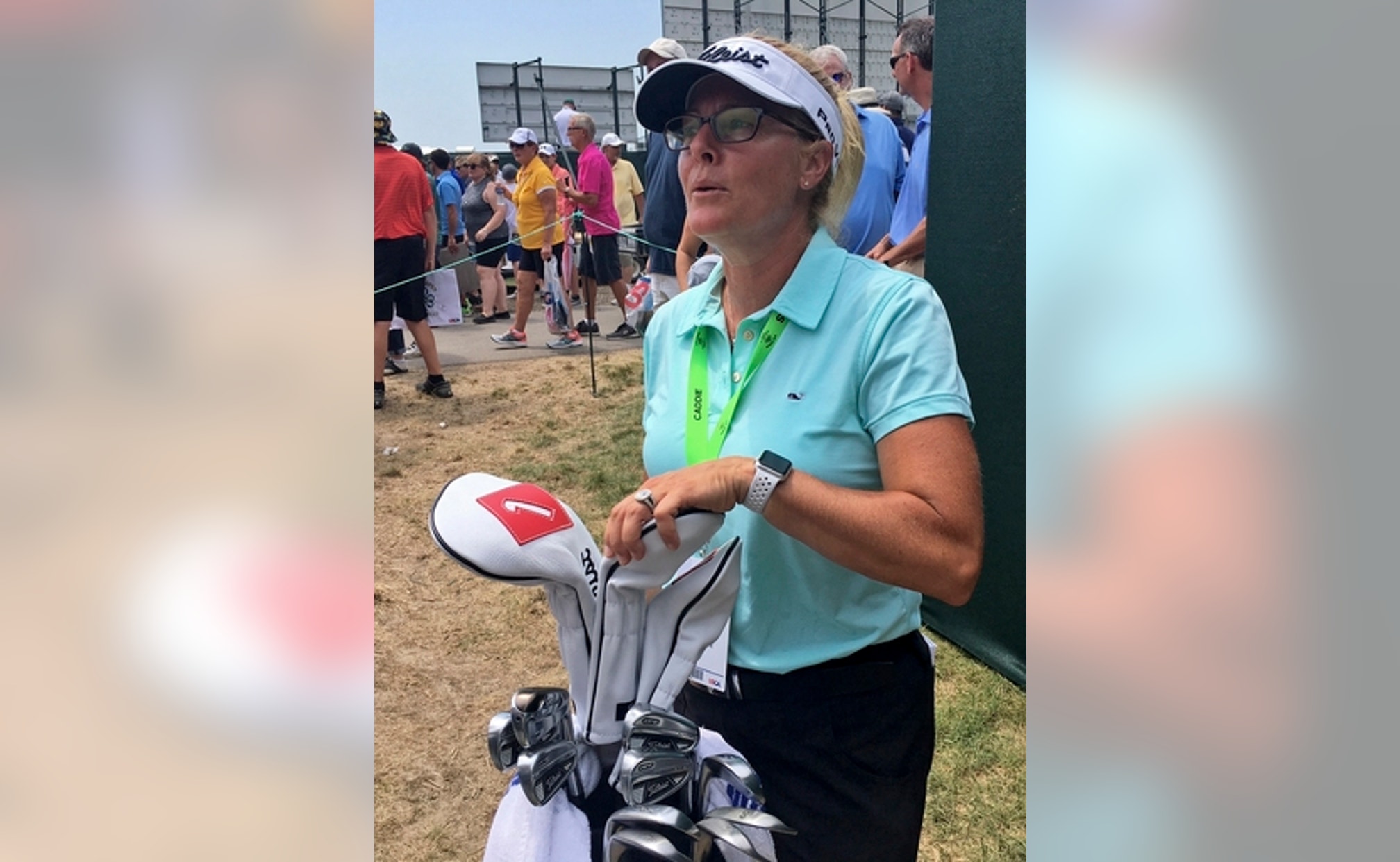 Stricker proud of his Wisconsin grit to get into US Open

ERIN, Wis. (AP) Steve Stricker was missing a critical piece of equipment when he finished a practice round for the U.S. Open.

He walked under a tunnel off the ninth green at Erin Hills and saw a line of fans on both sides of the rope, bending to the left for another 100 yards or more. He grasped at both back pockets and realized he didn't have a pen.

Not to worry. He had plenty of friends to bail him out.

Stricker saw them on every hole during nine holes of practice. He heard them, too, with applause greeting him at every green.

''It's cool,'' Stricker said Monday. ''It's special. One of the reasons I wanted to play here is I knew it would be fun to play in front of your home crowd. I don't get this on a weekly basis. It's fun to be part of it. It's our first U.S. Open in the state. I don't know how many more I have in front of me, so I'm glad I made it.''

This was the big one, and Stricker never felt more proud to be playing.

He is the most prolific PGA Tour winner from Wisconsin. Andy North won a pair of U.S. Opens during a career slowed by injuries. Stricker has won 12 times on the PGA Tour, was a regular on Ryder Cup and Presidents Cup teams for seven straight years and is such a popular figure in golf that he was appointed Presidents Cup captain for this year. None of that got him into the U.S. Open an hour from where he lives.

He had to earn that.

The USGA declined his request for a special exemption. His world ranking was too low because of his part-time schedule. So the 50-year-old headed to the U.S. Open qualifier in Tennessee and shot 67-65 to win it.

That made a U.S. Open in his home state even better.

''As it turns out, it's the way it probably should have been,'' he said. ''They decline, and I get in on my own merit. That's what makes me feel good. I feel like I belong here. I wasn't given anything. I earned my way in.''

In so many ways, it feels like the perfect ending to a PGA Tour career no matter how he fares.

Stricker's wife, Nicki, used to caddie for him when he first turned pro. His first big chance at winning a major was the 1998 PGA Championship at Sahalee. Nicki was home in Wisconsin about to give birth to their first child, Bobbi Maria, who was born two weeks after his runner-up finish.

Nicki is caddying for him this week at Erin Hills.

Bobbi Maria, who just finished her freshman year at Wisconsin, is playing in her first Women's State Open this week. Their second daughter, Izzy, is playing a match this week at their home club. It's a big week of golf for the Stricker clan.

She was working as a lifeguard at a country club when Stricker went to see Wisconsin golf coach Dennis Tiziani for help with his game. Stricker recalls seeing the lifeguard and blurting out, ''Whoa, who's that girl?''

They have been married 23 years, and the golf heritage runs deep. Nicki's brother, Mario Tiziani, played a full PGA Tour season a decade ago and competed in two U.S. Opens (in 2000 and 2002, both won by Tiger Woods). He now is Stricker's manager.

It's a family affair, always has been, and it's particularly meaningful for the first U.S. Open in Wisconsin. Stricker, who reduced his playing schedule the last few years to spend more time at home, remains among the most popular figures in golf.

The only time he gets uncomfortable is trying to explain why people like him so much.

''I've been fortunate to have had a lot of nice things said about me in the press. Or maybe I've got people snowed, I don't know,'' Stricker said. ''I was brought up in a small town (Edgerton), and you have to watch what you did all the time because everybody knew your business. But this story, and maybe the reason it's a little bigger than normal for me, is because I was declined the invite and then I got in on my own.

''I think that's Wisconsin people in general,'' he said. ''It's that blue-collar Wisconsin mentality that people work hard here. And that's what I had to do to get in.''

And now he gets to see what he can do with it.

Stricker hasn't won in more than five years. He had a couple of good chances on Sunday in a U.S. Open. He is competing against the likes of Dustin Johnson and Rory McIlroy on the longest course (7,741 yards) in U.S. Open history.

But at least he's at Erin Hills, with his wife at the bag and an entire state on his side.