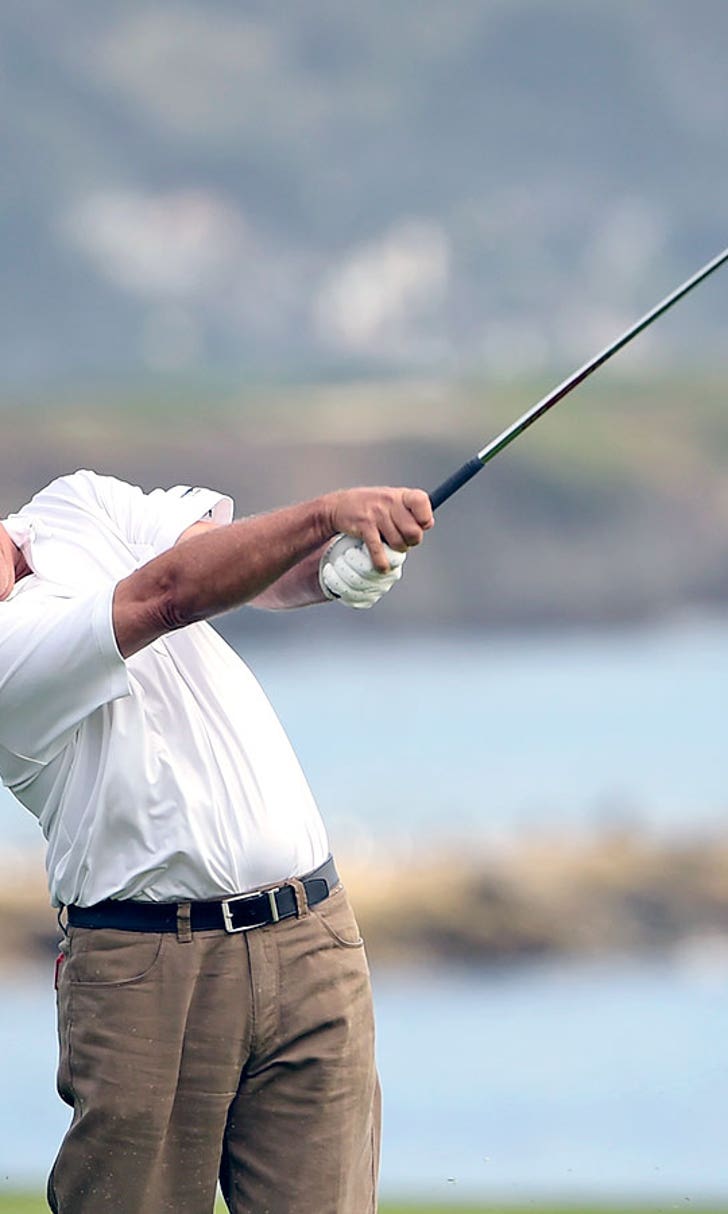 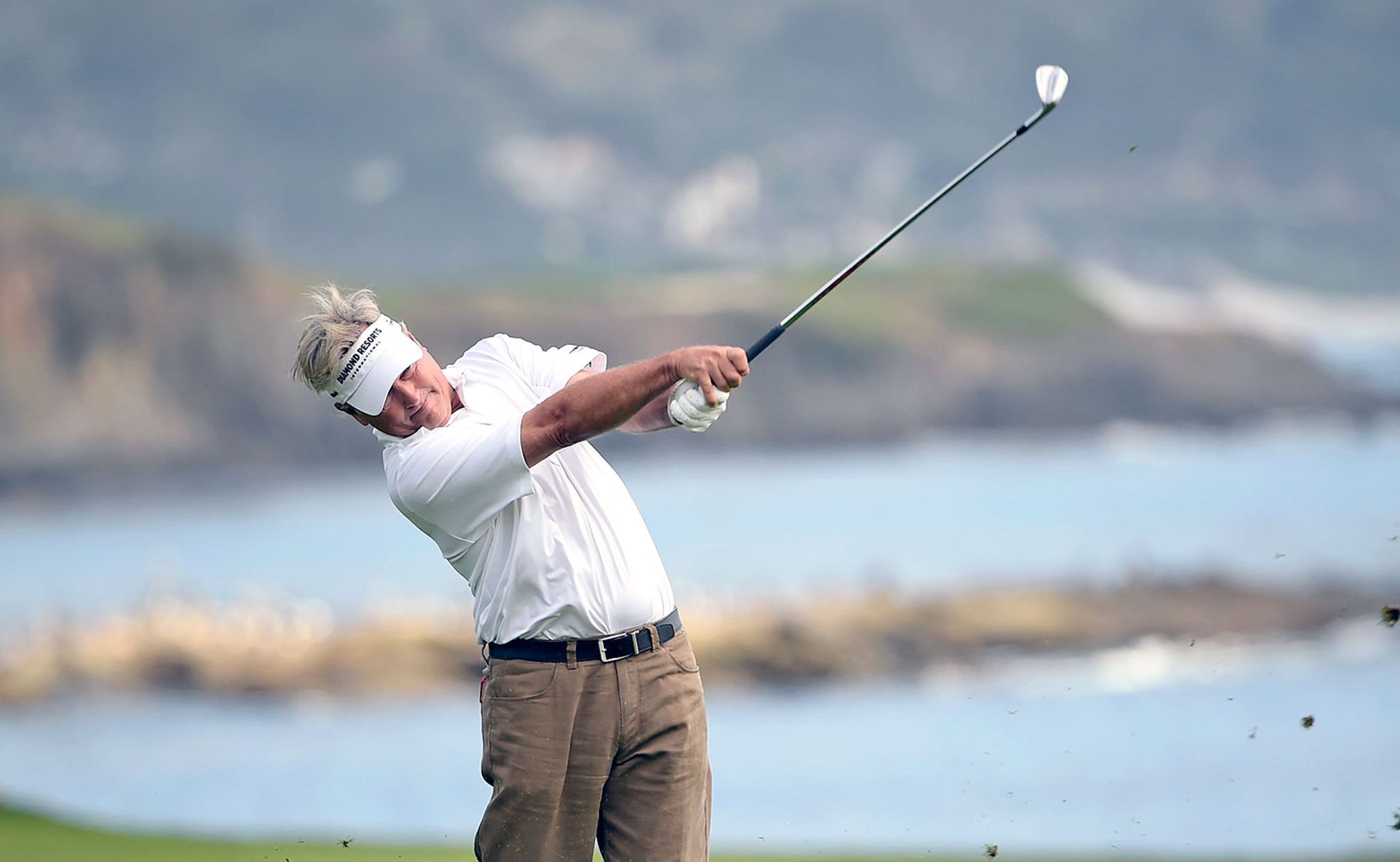 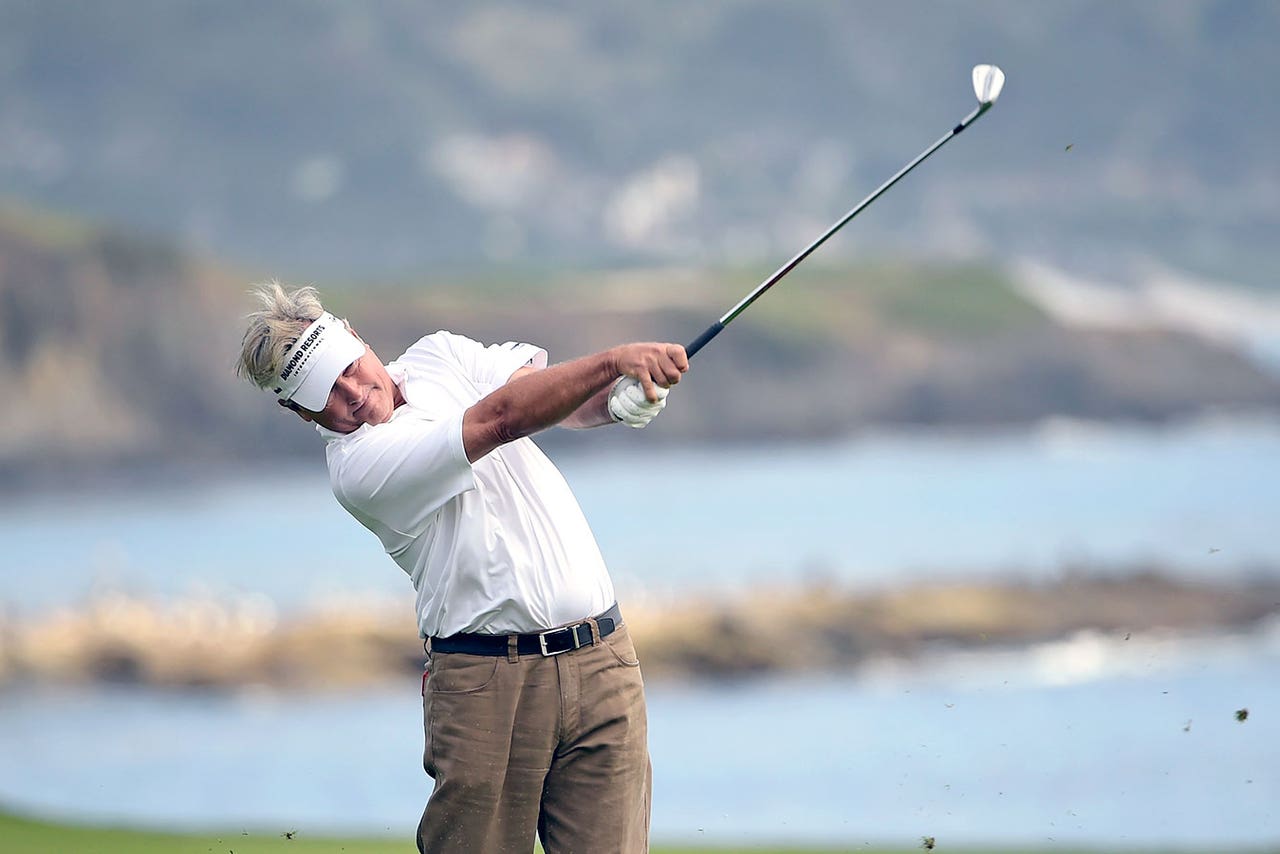 John Cook won the First Tee Open on Sunday at Pebble Beach for his 10th Champions Tour title, closing with a 3-under-par 69 for a one-stroke victory over Tom Byrum.

The 56-year-old Cook birdied the par-4 13th and parred the final five holes to finish at 11-under 204 total. He won the 1981 Bing Crosby National Pro-Am at Pebble Beach for the first of his 11 PGA Tour titles and also won the 1975 California State Amateur at the course.

Cook parred the par-5 18th, missing a 25-foot birdie try that left a tap-in for the victory.

"I played to make par," said Cook, who missed 10 weeks this season after freak non-golf back injury at his Florida home. "I don't often do that, but maybe I've learned something in 40 or 45 years."

Byrum also shot 69. Winless on the 50-and-over tour after winning once on the PGA Tour, he bogeyed the par-5 14th and par-3 17th and closed with a par.

"I needed to make a birdie and I made a par," Byrum said. "It was a good par after hitting in the bunker, but I just didn't make a good shot I needed. But I am encouraged with how I played."

Cook won for the first time since the Mitsubishi Electric Championship in Hawaii in January 2013. He began the final round with a one-shot lead over Byrum and Skip Kendall.

"Today I played nicely," Cook said. "I didn't have my best stuff, but my putting showed up."

Kendall, playing his second Champions Tour event after earning a spot in open qualifying Tuesday, tied for third with England's Roger Chapman. Kendall shot 70, and Chapman had a 65.

Woody Austin was fourth at 8 under after a 66.

Davis Love III, also making his second Champions Tour start, had a 74 to drop into a tie for 24th at 3 under. The 20-time PGA Tour winner tied for 64th last week in Hawaii.