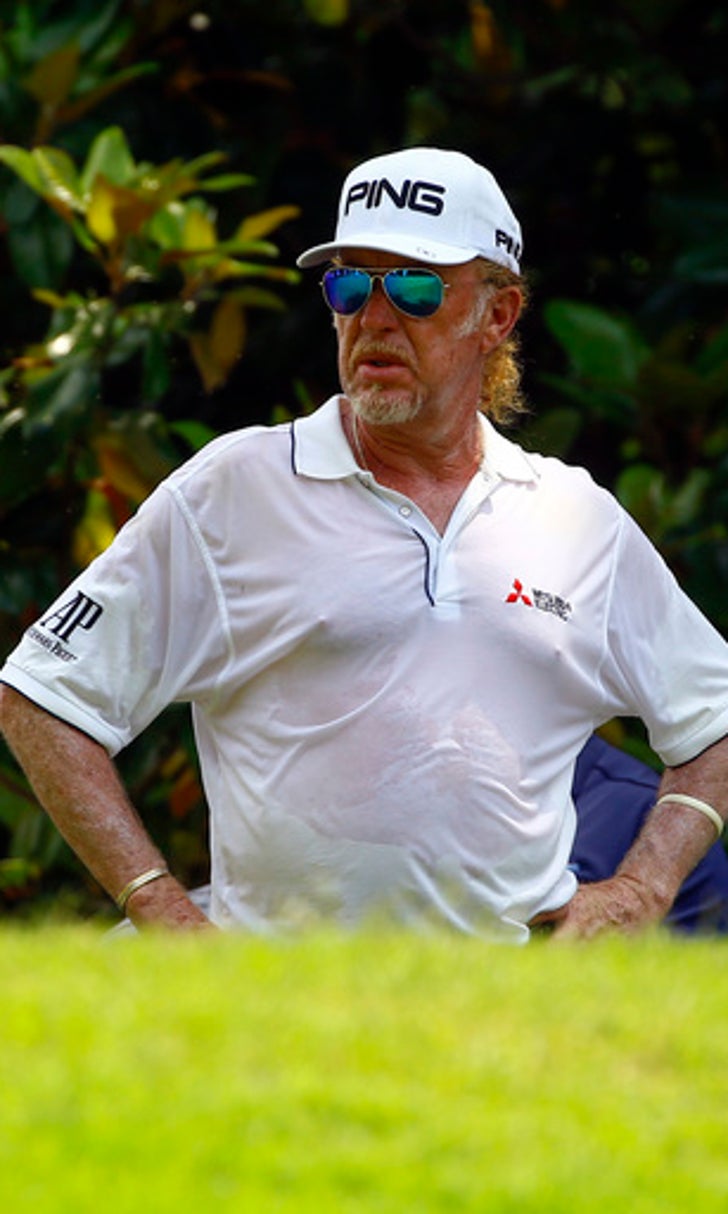 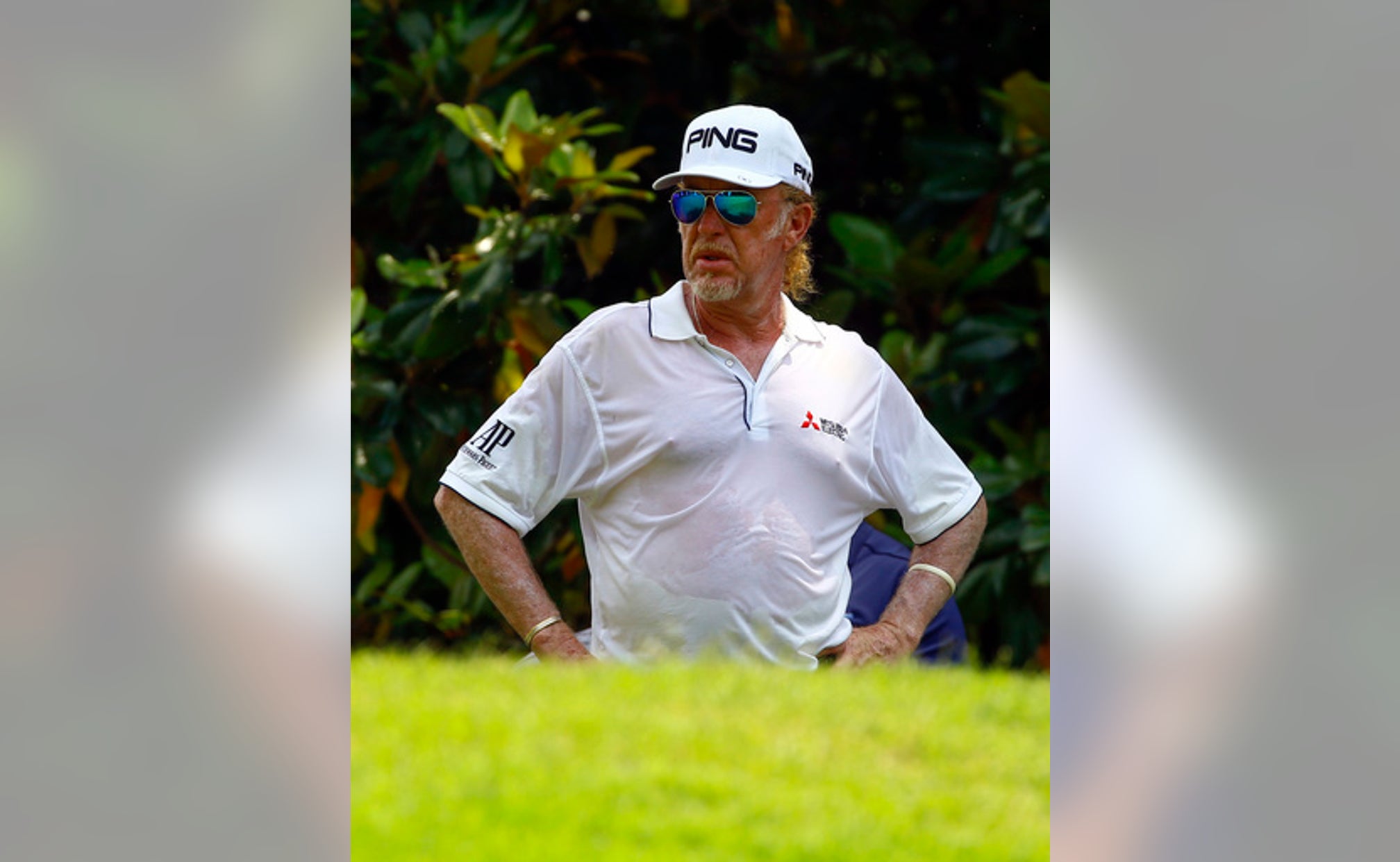 Jimenez holds on to win Regions Tradition for first major

BIRMINGHAM, Ala. (AP) Miguel Angel Jimenez finally got to light up a victory cigar after winning a senior major championship.

Jimenez won the Regions Tradition on Sunday for his first PGA Tour Champions major title, closing with a 2-under 70 for a three-stroke victory. He celebrated with a big embrace from fellow Spaniard and two-time Masters winner Jose Maria Olazabal, who hoisted him in the air.

After a round of photos and speeches from local dignitaries, Jimenez finally got to break out the celebratory cigar.

''It's time to have a medal in my pocket and it's nice to be on the first major of the year,'' he said.

Jimenez held or shared the lead after every round, taking a three-shot edge into the final round at Greystone Golf & Country Club. The Spaniard finished at 19-under 269 for his fifth PGA Tour Champions victory.

It was the third time Jimenez had entered the final round of a senior major with at least a share of the lead but the first one he has pulled out. He tied for third at the 2016 Senior British Open and for second at the 2016 U.S. Senior Open.

Durant and Sauers finished with matching 69s, and Stricker shot 70.

Jimenez birdied two of the final three holes including a closing putt for good measure.

Jimenez entered the day at 17 under to tie Gil Morgan's 21-year-old Tradition record through 54 holes. He got off to a rough start with an errant tee shot into a tree-lined area on his way to a bogey, but he never lost his grip on the lead.

Jimenez had three bogeys after making just one over the first three rounds, but easily held off his challengers late.

His approach on No. 18 landed right in the center of the green after Stricker's shot sailed well right into the gallery. He had rebuilt a two-stroke lead with a nice birdie putt on No. 16 while Durant and Stricker each had a bogey among the final three holes to leave Jimenez with a more comfortable cushion.

Stricker and Durant both had par on the final hole while Sauers also birdied to tie them. Durant had produced two eagles on No. 18 already in the tournament but couldn't put pressure on Jimenez with a third.

Stricker's assessment of his own performance, including a bogey on No. 17, was that he ''made quite a few mistakes.''

''Just didn't take care of my ball, really,'' he said. ''I put it in some bad spots, didn't get it up and down when I had to a few times, missed a few putts. Yeah, just didn't have it really, didn't play that good, but still had a chance coming down to the end.''

Jimenez made a birdie putt on No. 16 one hole after falling into a tie with Stricker with a bogey. Durant faltered, too, with a bogey on No. 16.

''When (Stricker) made birdie and I make a bogey on the 15th, everything's going up again very tight,'' Jimenez said. ''It's time to hole a putt on 16, for me that makes all the difference.''

Stricker had two wins in his first four senior tour events this year and remains second on the money list. He has finished in the top five in each of his events.

Bernhard Langer finished five strokes off the lead in his bid to become the first to win the Tradition three straight years. He shot 66-67 over the final two rounds after a slow start.