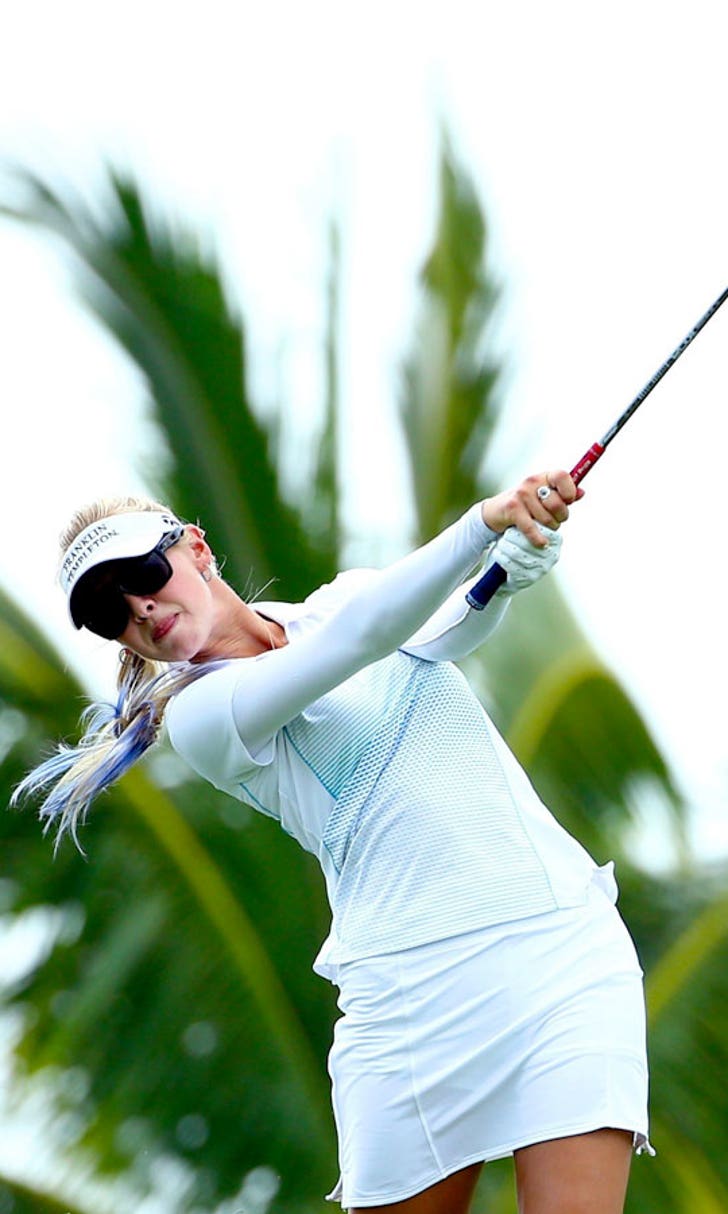 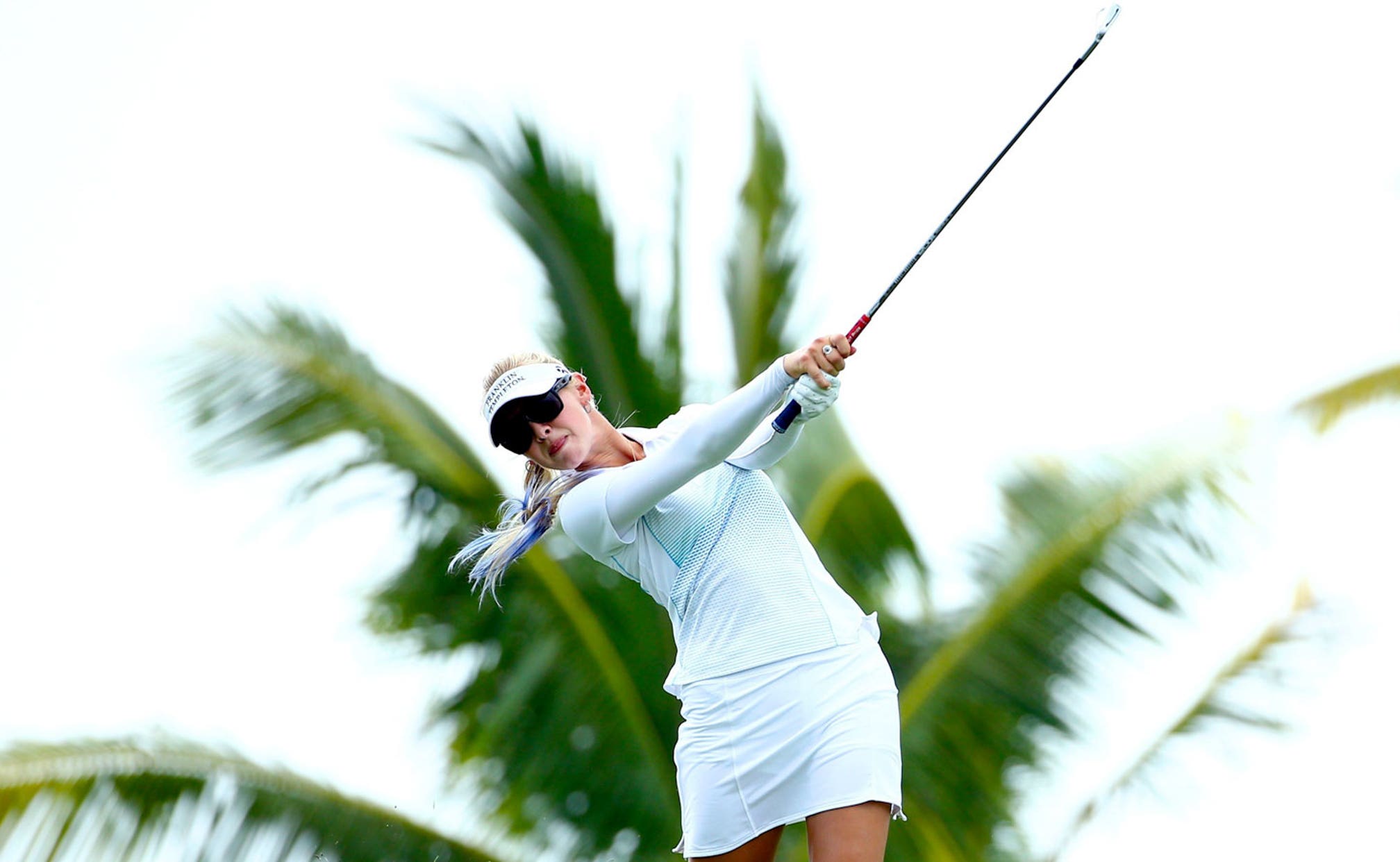 Jessica Korda leads after first round of Blue Bay LPGA 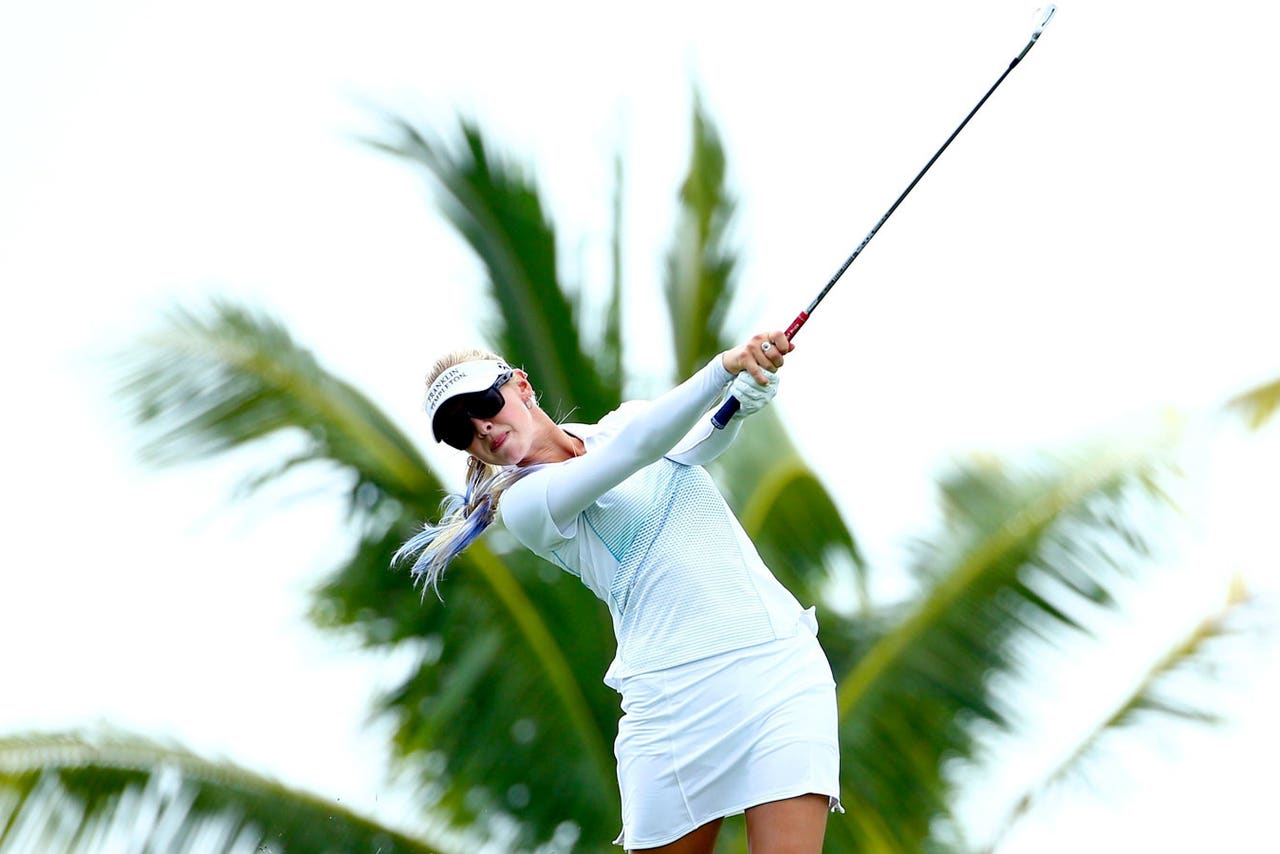 Jessica Korda birdied five of the first eight holes Thursday and finished with a 6-under-par 66 to take the first-round lead in the Blue Bay LPGA.

"It was really nice," Korda said. "I was hitting the ball pretty good and then I made some long putts, as well, off the green. I guess the putter was just hot on the front nine, so I took advantage of it."

The 21-year-old American, a two-time winner this season, birdied the first three holes and added birdies on No. 6, 8 and 14 in her bogey-free round in the inaugural event at Jian Lake Blue Bay.

"It's amazing here," Korda said. "It's the Hawaii of China. The course is in great shape."

"Highlight was No. 10," Korda said. "Hit my drive way out right. Didn't hit in the fairway. Then didn't have the right club and the wind took it and I made the putt from across the whole green, from the back of the green to the front of the green."

Wie tied for fifth last week in South Korea in her first start since withdrawing from Evian in September after reinjuring a stress reaction in her right hand.

"It was fun, because I feel like the ball kind of sits up with this type of grass and I felt like I was hitting flop shots all day," Wie said. "It was kind of fun. I was just blasting them away. Definitely, you have to hit to the right parts."

Wie made an 8-foot birdie putt on the 18th hole that nearly circled the cup before dropping.

"It felt really good. I missed a short one for birdie on 15," Wie said. "Missed a couple of birdie chances coming in. It always feels good when the ball kind of circles the hole 360 and ends up going in. It was a fun round today."

Third-ranked Lydia Ko had a 69.

Danielle Kang won a Buick LaCrosse with a hole-in-one on the 155-yard 17th. It was her second ace in competition this season, third overall this year and seventh in her life. She shot 68.

"I was pretty pumped," Kang said. "My caddie had to tell me to calm down."

Top-ranked Stacy Lewis and No. 2 Inbee Park are skipping the tournament.

Park will take the No. 1 spot from Lewis on Monday. Lewis has held the top position for 21 weeks. She moved to No. 1 on June 2 following her victory in the ShopRite LPGA Classic. Before that, Park was No. 1 for 59 weeks.

The tournament is the fourth stop on the six-tournament Asian Swing. The LPGA Taiwan Championship is next week, followed by the Mizuno Classic in Japan.