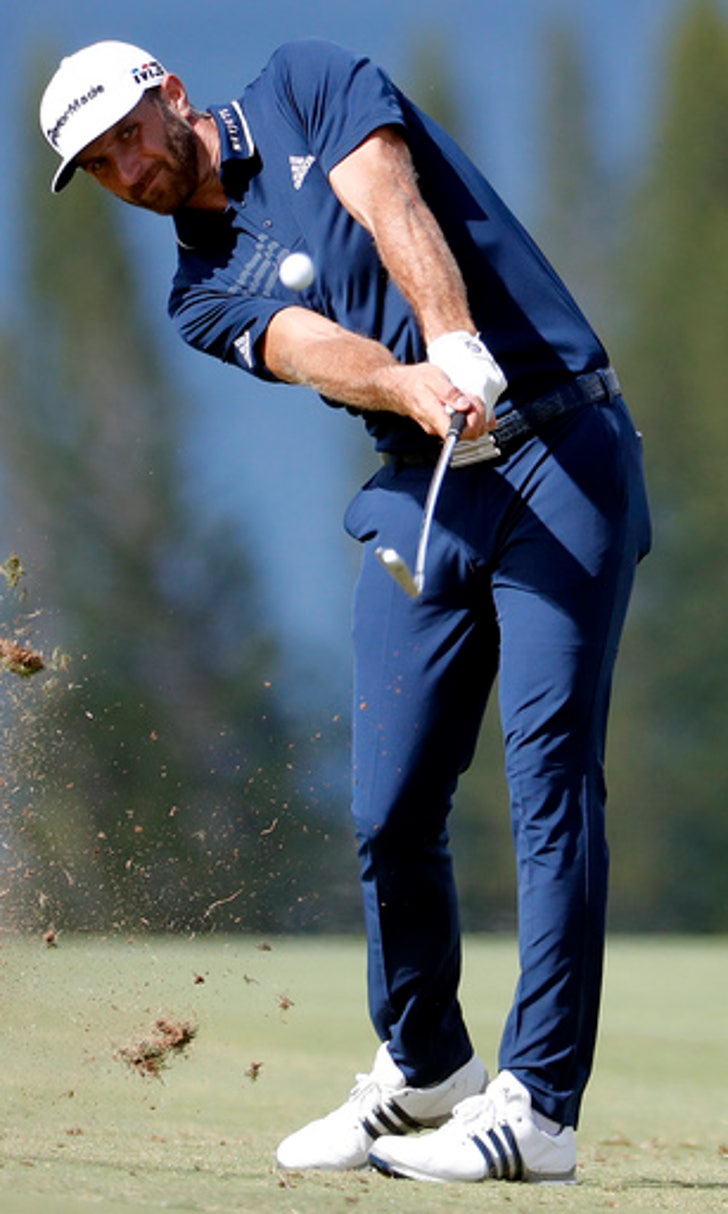 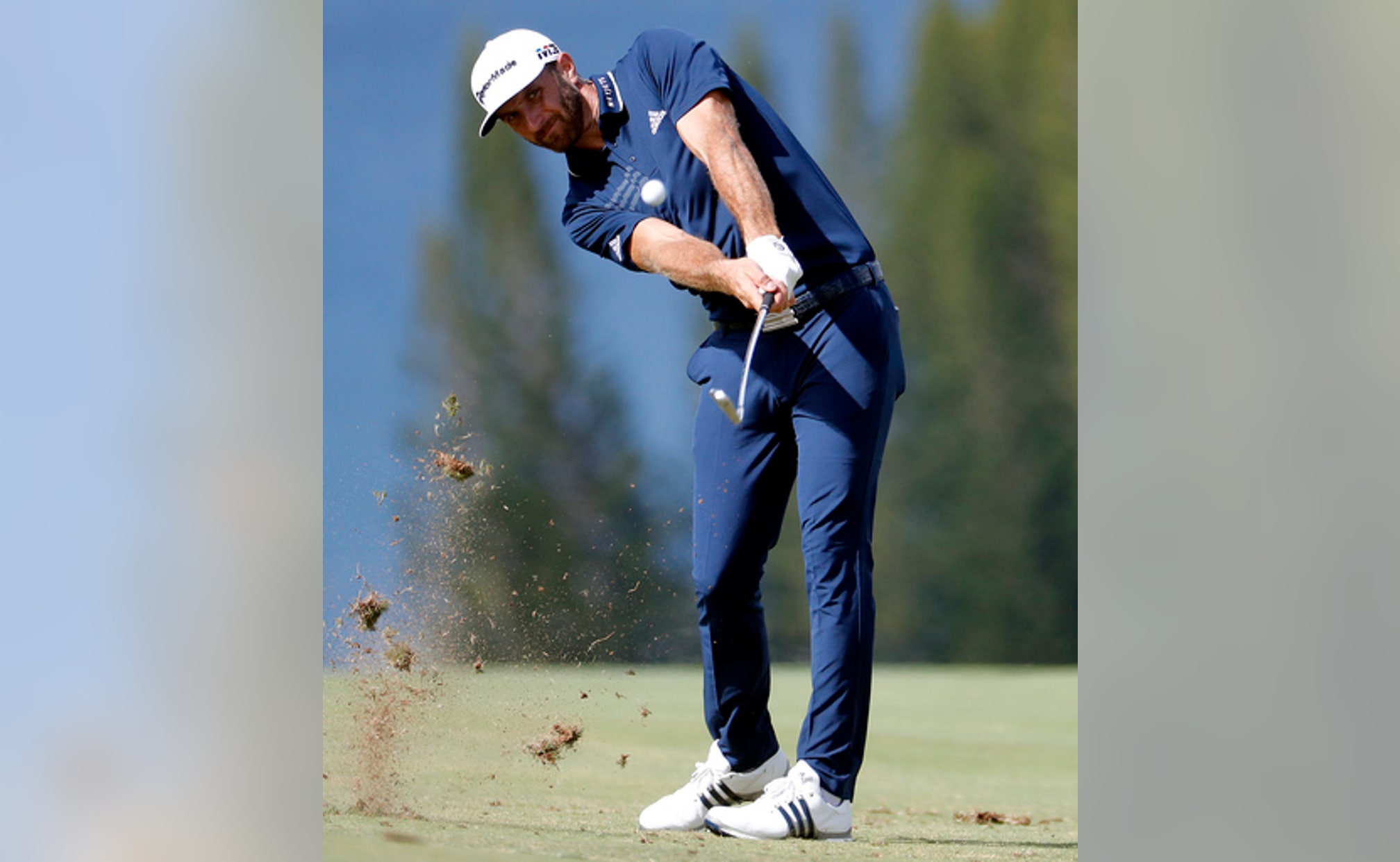 Column: Johnson looking back to measure his progress forward

KAPALUA, Hawaii (AP) Dustin Johnson won't be staying in the same house at the Masters.

One with no stairs?

Johnson can smile about it now, even though his short stay at Augusta National remains one of the few memories that linger. He still recalls the spill he took down the stairs on the eve of the Masters last year, at first fearing that he had broken his back in two.

The topic was timely Sunday evening at Kapalua because of his eight-shot victory in the Sentry Tournament of Champions, and the feeling that Johnson was closer than ever to the form from last spring that had some players talking about him in a tone usually reserved for Tiger Woods.

He won three straight tournaments, all of them against the strongest fields of the year to that point. He was an overwhelming favorite going into the Masters. And after his fall, he was never really the same for the rest of the summer.

It's hard to declare Johnson is back for two reasons: It's only one tournament into the new year, and he already is No. 1 in the world.

Even so, his performance at Kapalua was enough to serve notice that he could be headed in that direction again.

Johnson shot 66-65 on the weekend in 35 mph gusts, the best closing 36-hole score by four shots. His 65 in the final round was the best score of the tournament, even more impressive considering he was in the final group.

He drove two par 4s on the back nine, and came within 6 inches of a hole-in-one on the 434-yard 12th hole. He went from a two-shot lead to a six-shot lead on the front nine. He never let anyone closer to him than five shots over the last 11 holes.

''The game is as close as it's been to the level it was for that stretch,'' he said. ''I've got a lot of confidence in the game. I'm hitting the shots I want to hit. It's really windy, and for the most part, all the shots I hit were the shots I wanted to hit.''

What gets the most attention is his tee shot on No. 12 that sailed over the hill, bounced onto the green and was headed for the cup when it slowed to a stop just inches away. There also was the bullet of a drive into the wind on the 14th that ran onto the green about 25 feet away.

It was like that all day, and no one had a chance.

Kapalua was only the start, of course. Still to come are a pair of World Golf Championships and top-heavy fields that he will face at Pebble Beach in Riviera, all part of the three months that lead to the Masters.

And it's not like anyone is ready to concede.

''In all seriousness, I think if I had my `A' game, I think I could take him on,'' Jordan Spieth said. ''The most difficult part is, I guess, trying to stay within your own game, not play off his. When I'm playing well, if I'm focusing on my things and me versus the golf course, that's the best opportunity to capitalize.''

Still to be determined is how Rory McIlroy returns this year, and Justin Thomas certainly has the power and game. Jon Rahm at age 23 became the fourth-youngest player to reach No. 3 in the world with his runner-up finish at Kapalua. Even in a lost cause, Rahm doesn't shy away from a fight.

The next test for Johnson is in two weeks in Abu Dhabi, where he faces another strong field that includes McIlroy, Henrik Stenson and Justin Rose, who ended last year with three victories among 10 straight top-10 finishes.

He has a two-week break before heading to Pebble Beach and an All-Star cast that includes Spieth (who plays with Johnson), McIlroy, Rahm and Jason Day.

Most startling about Sunday at Kapalua was a rare occasion when Johnson looked back.

When he lost a three-shot lead by shooting 82 in the final round of the 2010 U.S. Open at Pebble Beach, he was on a boat fishing the next day. When he three-putted from 12 feet on the 18th green at Chambers Bay in the 2015 U.S. Open, he was playing golf the next morning with Wayne Gretzky and friends in Idaho.

''For me, it's just all about pushing forward,'' he said. ''You can't change anything that happened in the past.''

But he was reminded of the past on the eve of the final round at Kapalua. In his most recent PGA Tour start, Johnson lost a six-shot lead in the final round of the HSBC Champions in Shanghai. He thought about that Sunday and was determined that wouldn't happen again, and it didn't.

It's all forward now, even if comparisons are with how he played in the past. That wouldn't be a bad place to be.