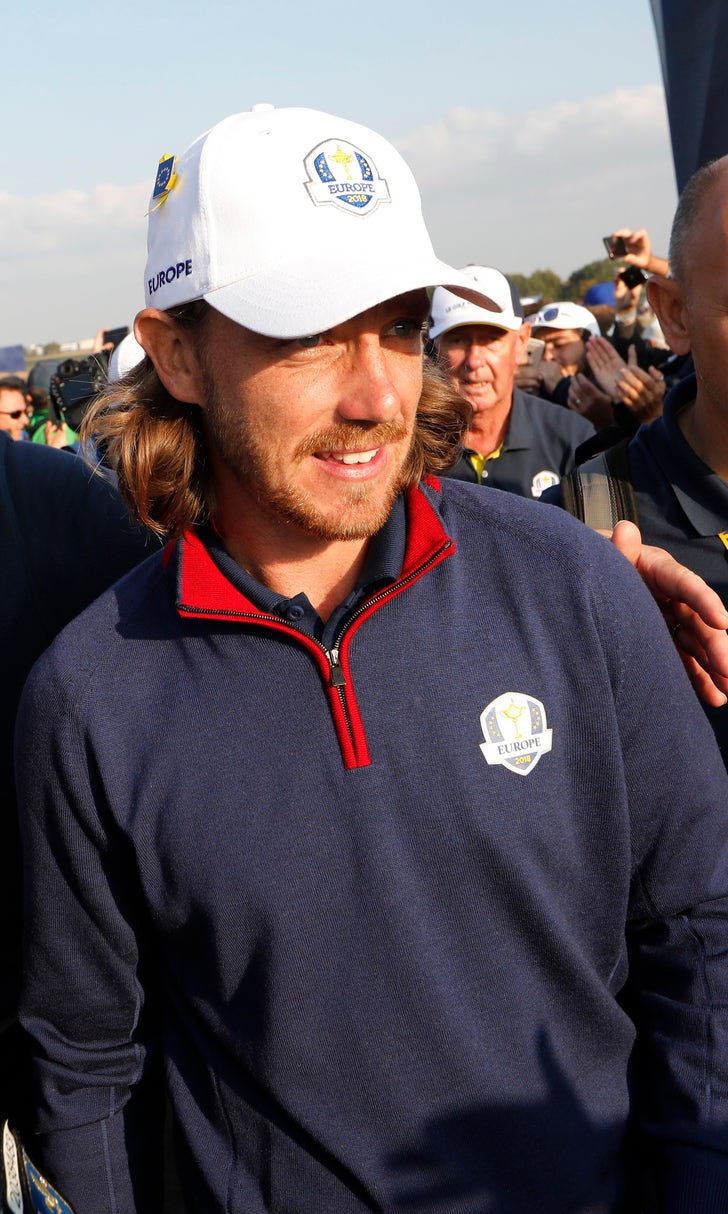 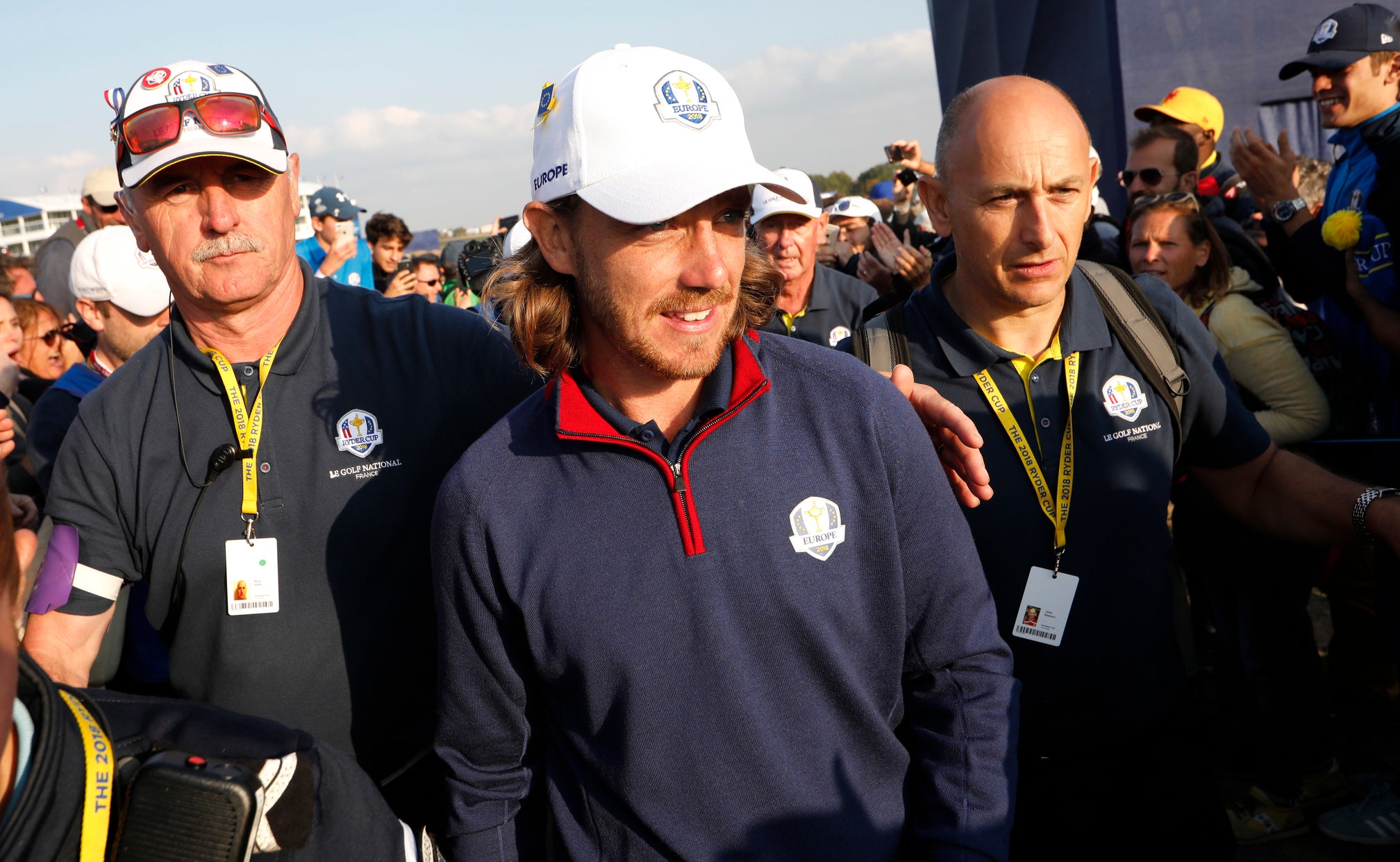 As good as it gets: Fleetwood is rocking in Ryder Cup debut

SAINT-QUENTIN-EN-YVELINES, France (AP) — Tommy Fleetwood has the long, flowing hair of a rock star, and he was treated like one as he strode through the massed ranks of spectators at the back of the 14th green on a day he'll never forget at the Ryder Cup.

Like a cyclist pushing his way through boisterous mountaintop crowds at the Tour de France, Fleetwood was stroked, patted and high-fived to the backdrop of "Tommy! Tommy! Tommy!" chants that reverberated around Le Golf National as the sun began to set late Friday.

Playing with a partner he considers one of his best friends, Fleetwood teamed with Francesco Molinari to take down Tiger Woods and Patrick Reed in the morning fourballs and outplay Jordan Spieth and Justin Thomas — the golden boys of American golf — in a 5-and-4 blowout in the afternoon foursomes.

It all ended at the 14th, Molinari delivering the final blow by rolling in a 6-foot putt for birdie. European captain Thomas Bjorn was there to congratulate them, hugging Fleetwood and whispering in his ear. Teammate Sergio Garcia lifted Fleetwood off his feet.

Fleetwood and Molinari — the European No. 1 and the British Open champion, respectively — were the only European pairing to play twice Friday. And Bjorn has paired them again for fourballs Saturday morning when they will take on Woods and Reed once more. They might be Europe's new dream team, a combination Bjorn will lean on as it looks to wrest the cup from the United States.

"All the preparation you do," Fleetwood said, "but nothing gets you ready for this."

Aside from the scenes at the end, Fleetwood said the highlight of his first day as a Ryder Cup player was the birdie putt at No. 16 in the match against Woods and Reed. The ball broke to the right and dropped into the cup with almost its final revolution.

The celebrations — a double fist-pump followed by a chest bump from Molinari — were among the most memorable of the opening day, and it came amid a run of three straight birdies from No. 15 that turned the match and gave the Europeans their only win of fourballs.

It gave the team momentum going into foursomes, which Europe swept for the first time at a Ryder Cup. That Fleetwood and Molinari finished the job in the anchor match seemed apt.

"I played with Frankie in practice this week, and he barely missed a fairway and barely missed a green," European player Ian Poulter said. "And I played with Tommy as well, and he played great. That pairing was a very solid pairing from when Thomas agreed to put them out. They have done a stellar job, they really did."

Molinari and Fleetwood have been close off the course for some years, and they are clearly at ease when they play with each other. They also have a similar temperament, which allows them to stay on an even keel at pressure moments.

"I think they just have a very special bond and relationship," Bjorn said, "and they have for a long time."

Molinari also seems to be thriving in his new status as a major champion, having won the claret jug at Carnoustie in July. He is consistently playing the best golf of his career this year and his driving was particularly impressive as the wind picked up in the afternoon.

The Italian was the one who earned the half-point against Woods that sealed outright victory for the Europeans in the "Miracle of Medinah" in 2012. His contribution was slightly overlooked that year, but it won't be six years on.

"He's played in two Ryder Cups and he's never been the guy that's right at the front of everything," Bjorn said. "But he certainly has stood up today and showed why he won an Open Championship and why he's a force to be reckoned with in the world of golf."

Making it even more special was that this came on the first birthday of his son, Frankie. Bjorn said he would allow Fleetwood to spend time with his family in the evening at their hotel before rejoining the team.