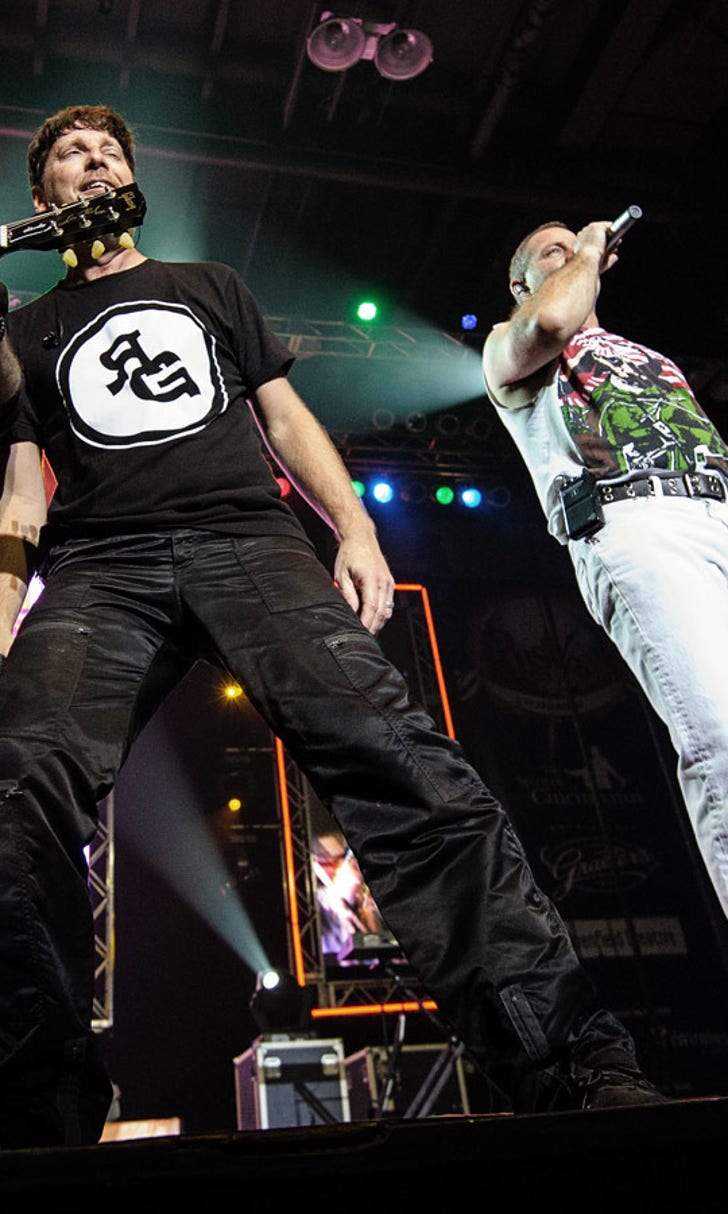 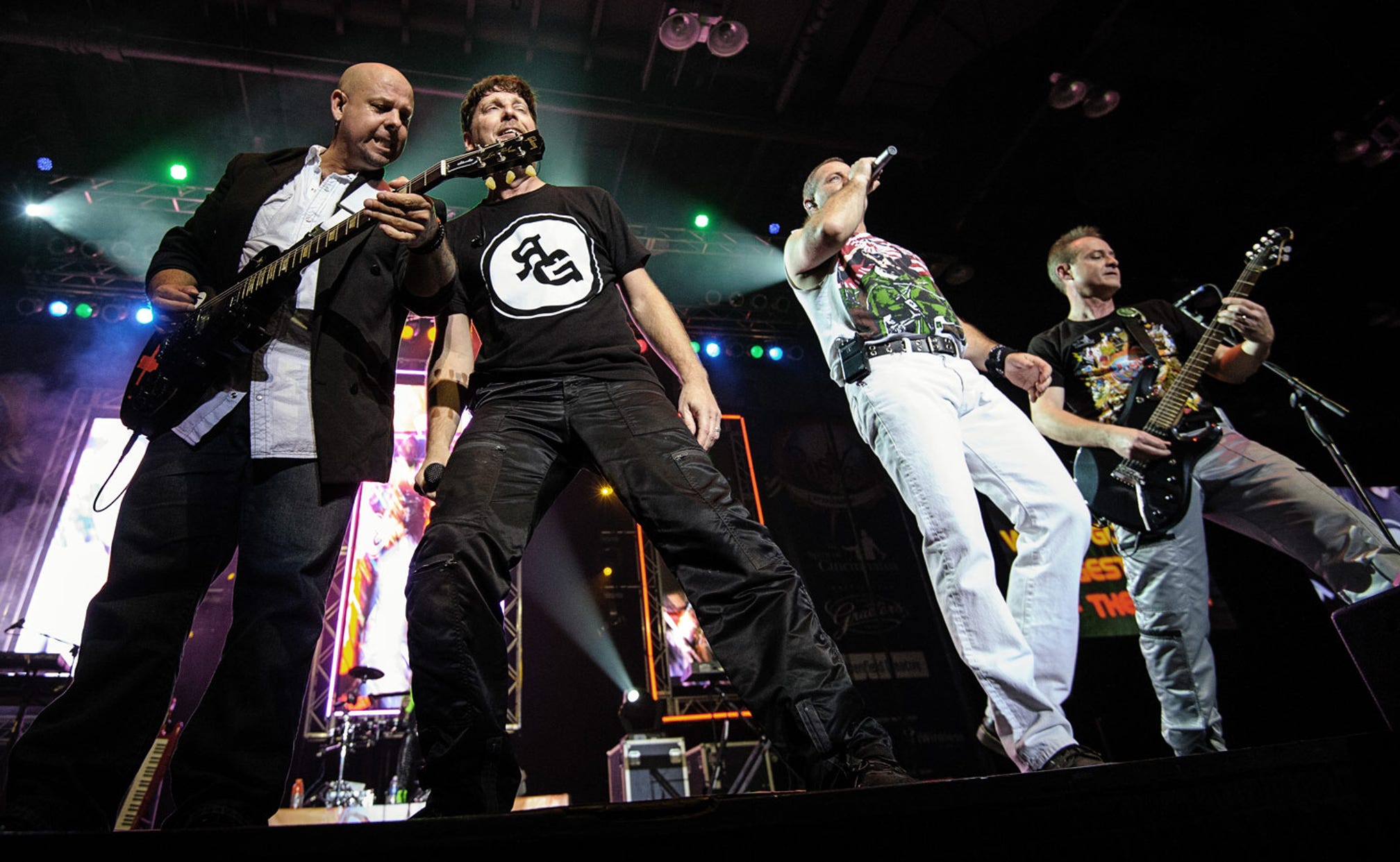 The Rusty Griswolds, baseball and Cincinnati's soundtrack of summer 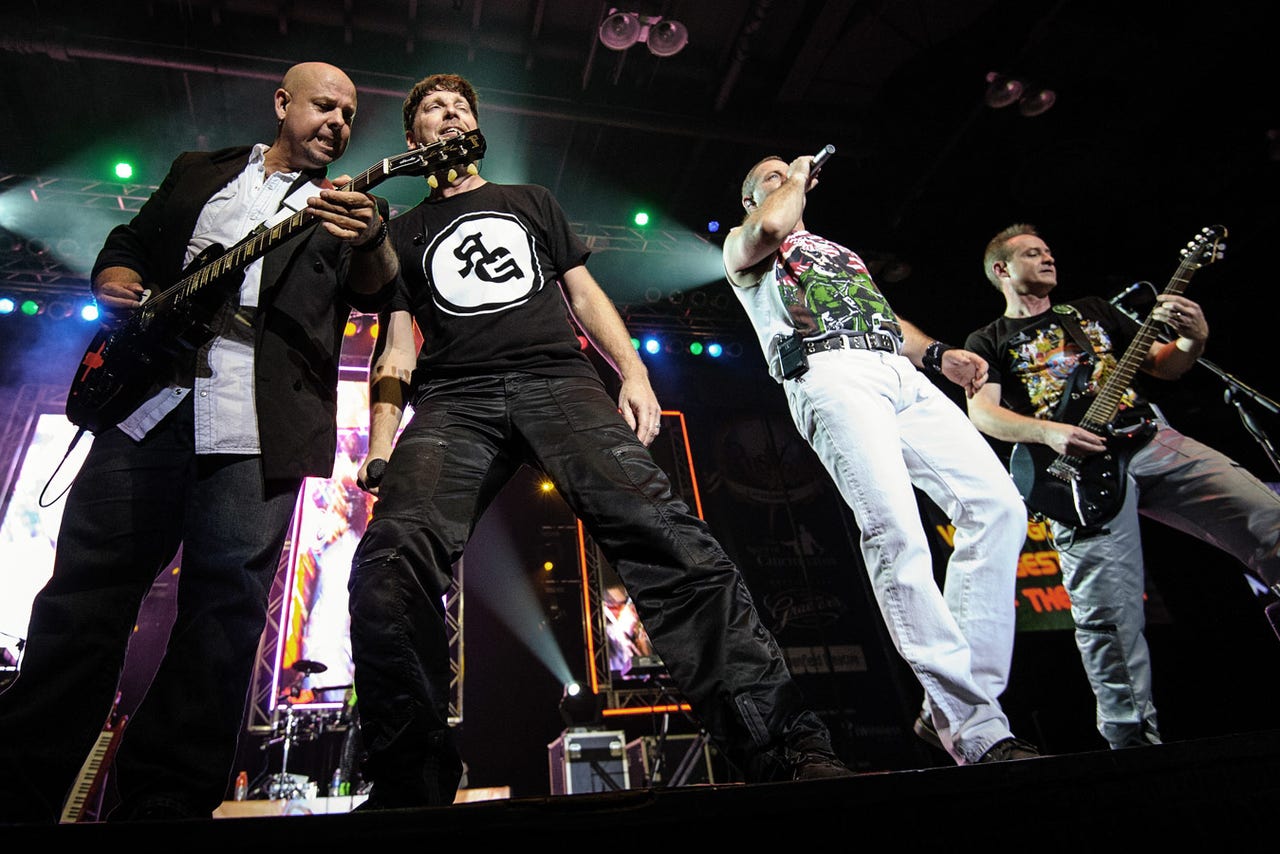 Does the game of baseball have a soundtrack?

Is it the crack of the bat blended with the slide into second under the buzz of the crowd?

Is it the click-clack of cleats around the dugout or the bark of the umpire on a called third strike?

Could it be the sense of nostalgia that washes over us when the ballpark organ leads us in cheer?

“It adds ambience to the game. It’s traditional. It’s been a part of baseball through the years - that old ballpark feel,” Cincinnati Reds and Great American Ball Park organist John Schutte said. “It’s supposed to be a relaxing game. You’re not supposed to be on your toes the whole time. You’re supposed to be able to sit and be with friends and talk. I think the music should lend itself to that. I hope the organ hangs on for that reason.”

What about the dulcet tones of your hometown broadcaster?

"It’s amazing when I listen to Marty Brennaman, like I can picture being a kid fishing with my grandparents in Celina, Ohio," Steve Frisch said. "We’d be out on the pier late at night and I’d hear Marty’s voice. I often think of Marty and Joe (Nuxhall) and I can go back and sit on that pier, right now, and remember how that night smelled and felt and everything.”

Schutte and Frisch's love of Reds' baseball and appreciation for the audible nuances of the game aren't the only connection the two share. The guys are two of The Rusty Griswolds - a six-member 1980's cover band, which has earned "Best of Cincinnati" honors the last five years running.

“The magic of the 1980’s right now is it really does cross generations. Kids still are exposed to the music,” Frisch said. "We have kids to grandparents enjoying our shows."

Frisch, Schutte and their Oak Hills High School buddies first formed a band back in the early-1980s under the name Free Reins. They won the local rock station’s “Battle of the Bands” and enjoyed a brief period of teenage stardom.

“If we were ever rock stars it was back in 1983,” Steve Frisch said with a chuckle.

Frisch graduated in ’83, a few years after his fellow bandmates and, as they often do, the high school rockers broke up to pursue other opportunities.

Fast-forward 15 years, and Frisch realized that outside life-changing moments like weddings and funerals, the band, now in their early thirties, needed to make time to hang. So, after talking it over with their families, Free Reins regrouped and rebranded under The Rusty Griswolds moniker – an ode to Chevy Chase’s “Vacation” son in addition to the band’s need to work on their chops after the lengthy hiatus.

“What we didn’t expect was the 80’s would become so popular again and relevant as far as acceptable music.”

The cover band’s popularity grew so much in the early-2000’s that they were booking shows every weekend of the year and the greater-Cincinnati area was taking notice.

“We were getting called to play charity events all the time. Every business giving us a phone call of how can you help our mission.”

As much as The Griswolds wanted to help, on top of their full-time jobs and weekend gigs, their availability was stretched so thin, it was impossible to say “yes” to every request. So, regretfully, Frisch would have to decline request after request.

However in 2008, Frisch cooked up a plan on how The Rusty Griswolds could help all these worthwhile charities.

“The God-inspired idea for me was let’s take this one set of resources everybody’s looking for on any given weekend and let’s play for free for one night and get a big space. All these groups I told no to I invited them back.”

And “The Rusty Ball” was born. It continues to grow since 2008’s inaugural event and sells out annually with over 4,000 Cincinnatians attending the event minutes from Great American Ball Park. To-date “The Rusty Ball” has helped raise almost $23 million across 133 charities. 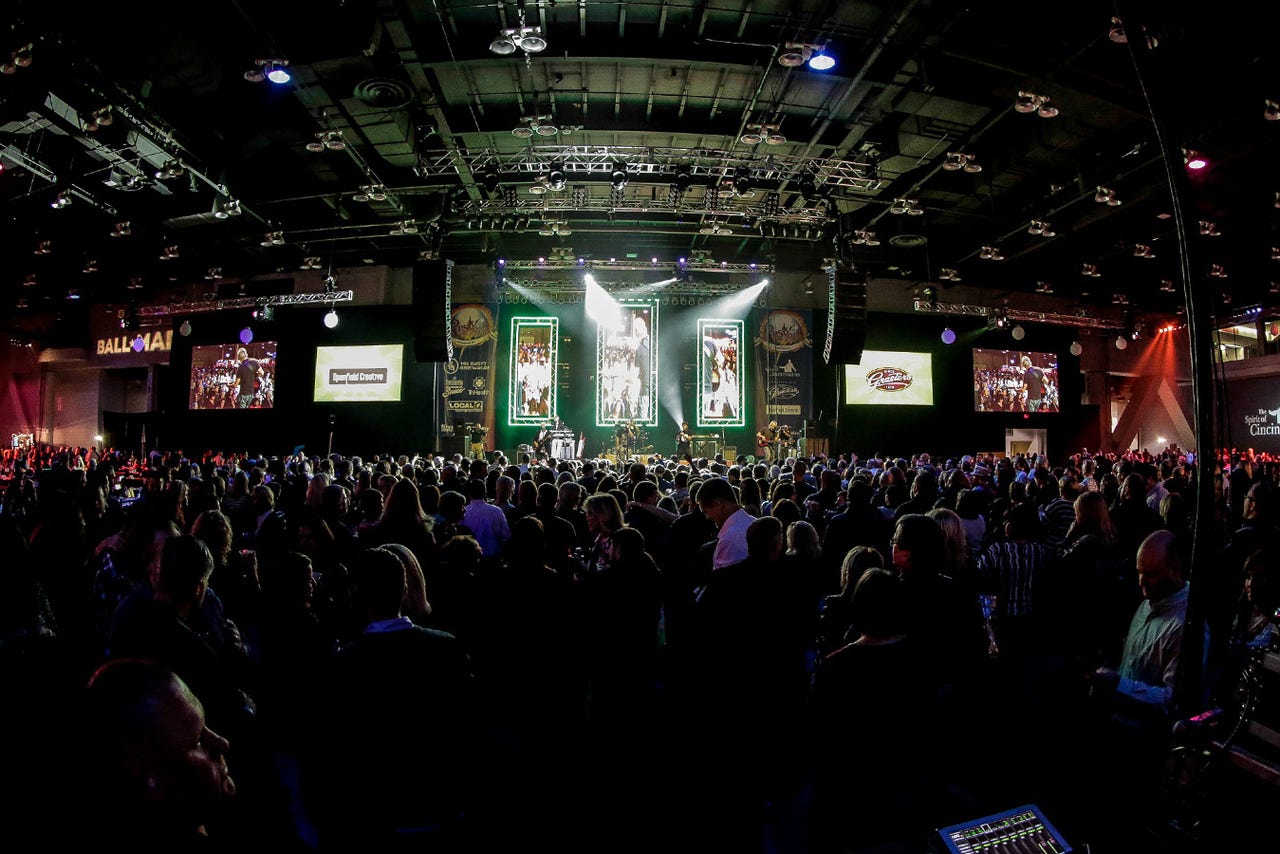 The Rusty Ball has raised millions of dollars for Cincinnati charities

“The fact that we can do mission work, do something good for our community as an 80’s cover band … and when we all come together and do what we naturally do together with focus; that’s the power of ‘The Rusty Ball’,” Frisch said.

The Rusty Griswolds have an event right across the Ohio River in Covington, Kentucky to help celebrate the city’s 200th birthday as one slice of All-Star weekend festivities. But after cheering for “The Big Red Machine” as kids in the 1970’s and teaming-up with the Reds on a number of occasions - including performances the past five Opening Nights at GABP - Frisch and Schutte realize the magnitude of Cincinnati hosting the 2015 All-Star Game.

“I feel like Cincinnati is the home to baseball,” Schutte said. “Things like the All-Star game belong here because it’s so deep rooted in everybody’s psyche and the tradition of the city, the way we celebrate Opening Day and just the way we celebrate baseball in general. It’s one of the best places to be doing it.”

So, without question, the soundtrack of baseball in Cincinnati reserves a special track for The Rusty Griswolds.

“(The Reds) actually put out us in right field, the right field deck to play an event,” Frisch said. “Now the joke to myself is that I actually got to play right field during a ballgame in the majors.”