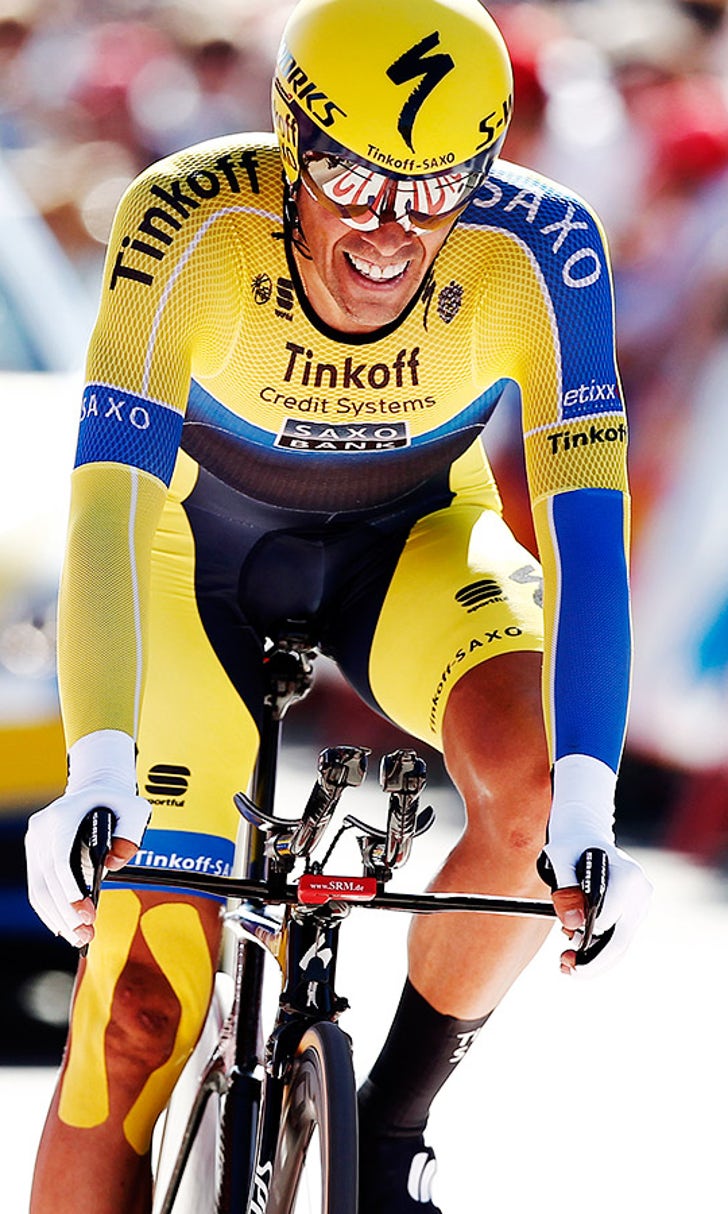 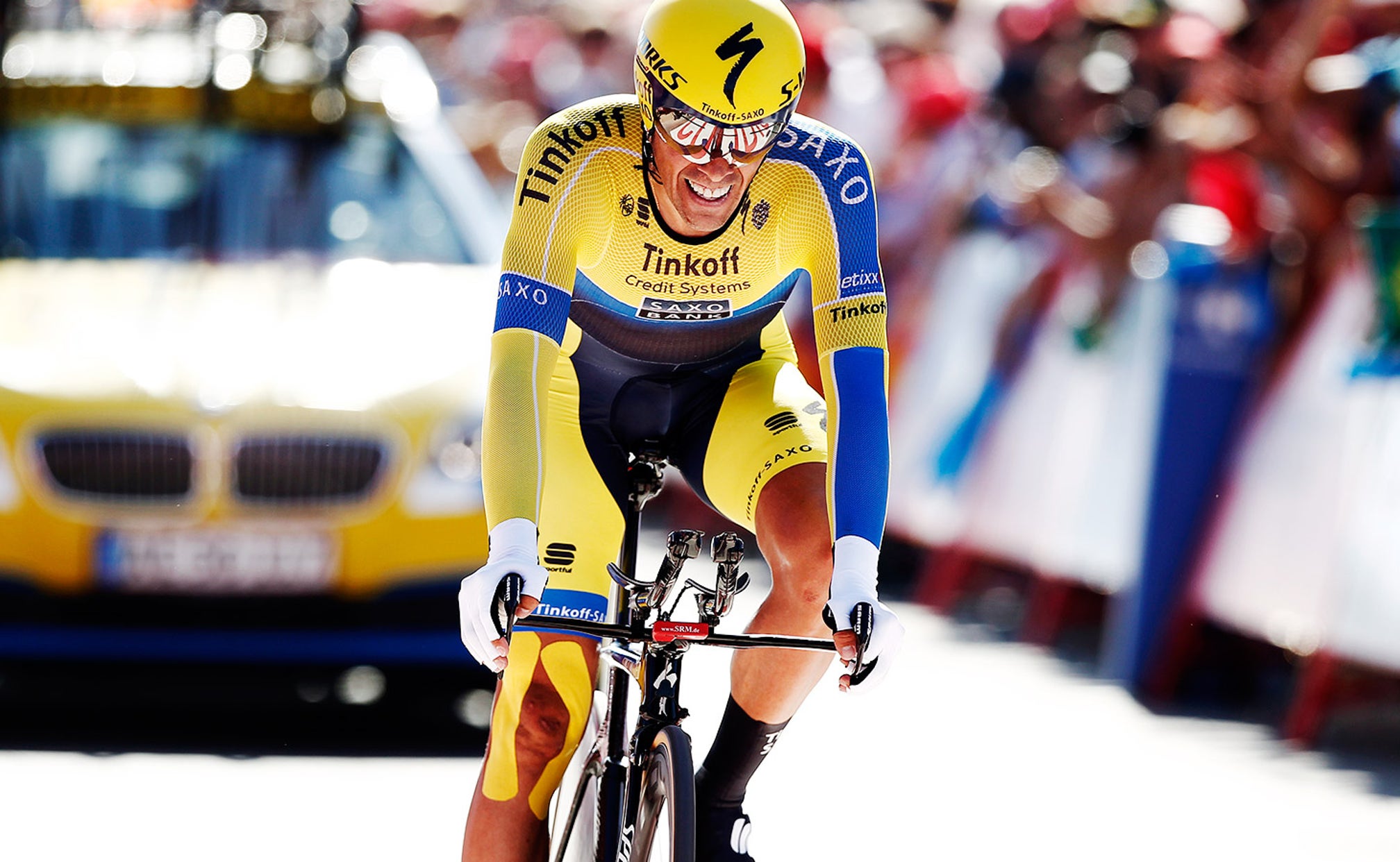 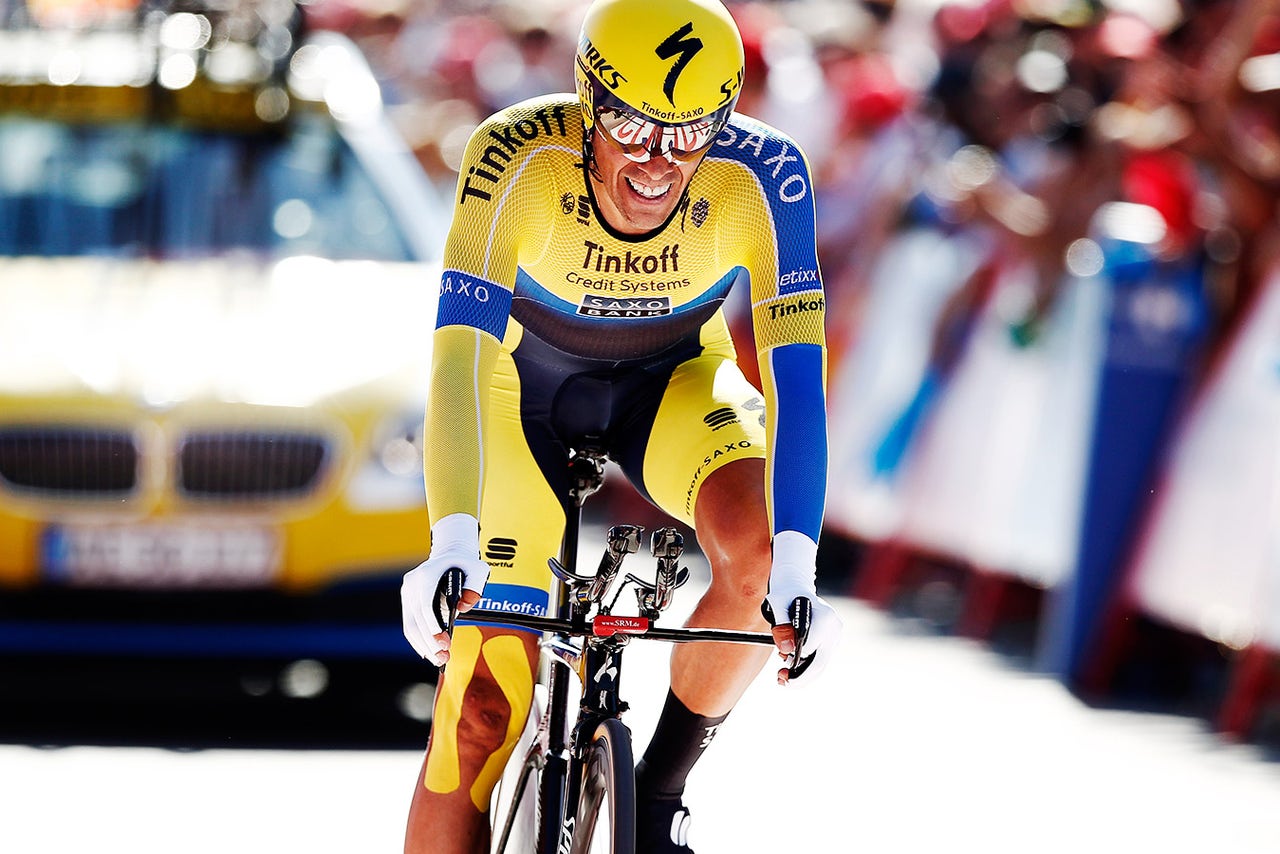 Quintana lost control during the time trial on a downhill curve, hitting a guard rail, and going head-over-heels onto the ground.

After he was assisted by Movistar staff, the Colombian got back on his bike and finished the stage. But he went from leading Contador by three seconds at the start of the day to trailing the Spaniard by 3 minutes, 25 seconds.

Quintana's good health entering the Vuelta positioned him as the race favorite. Now his nasty spill has given that tag to a resurgent Contador.

''I was feeling great in the uphill, but at that point of the descent my bike simply did not brake enough,'' Quintana said. ''Fortunately, I could avoid having a bigger crash and I did not hurt myself really badly.''

Quintana said he will likely have to settle for helping teammate Alejandro Valverde's cause.

Contador leads Valverde by 27 seconds in the overall classification.

Chris Froome had a disappointing day, as the former Tour de France winner slipped to 1:18 behind Contador. Joaquim Rodriguez, known as a climber who struggles with time trials, fared better than expected and was 1:37 off the pace.

After a broken right shin forced him to withdraw from the Tour, Contador arrived at the Vuelta as a late entry and supposedly without thoughts of challenging for the win.

But the five-time grand tour winner was able to attack his rivals in the mountainous ninth stage and now, after a rest day, he has gone in front with Quintana likely out of contention, and Froome seemingly not fully fit after he too pulled out of the Tour due to injuries to his hands caused by falls.

''Nobody could have imagined that I would be wearing the red jersey today,'' Contador said. ''The first seven days were really hard, but I pushed myself to stay with the others and to be in a good position. (But) it's a shame that Quintana fell.''

The Tinkoff-Saxo rider said his tender leg wasn't bothering him during the race, but that he sometimes still noticed it while sleeping.

Martin, riding for Omega Pharma-Quickstep, cruised through the 37-kilometer (23-mile) course starting inside the grounds of the monastery of Santa Maria de Veruela and finishing in the town of Borja in eastern Spain.

Rigoberto Uran was the second fastest at 15 seconds behind, followed by Fabian Cancellara at 18 behind and Contador at 39 behind.

Martin said the win was good preparation for the world championships this month in Ponferrada, Spain, where the German will look to add to his three time trial world titles.

Wednesday's stage is a 95-mile ride starting in Pamplona and finishing in a category-one summit at Santuario de San Miguel de Aralar. The 21-stage race ends on Sept. 14 in Santiago de Compostela.